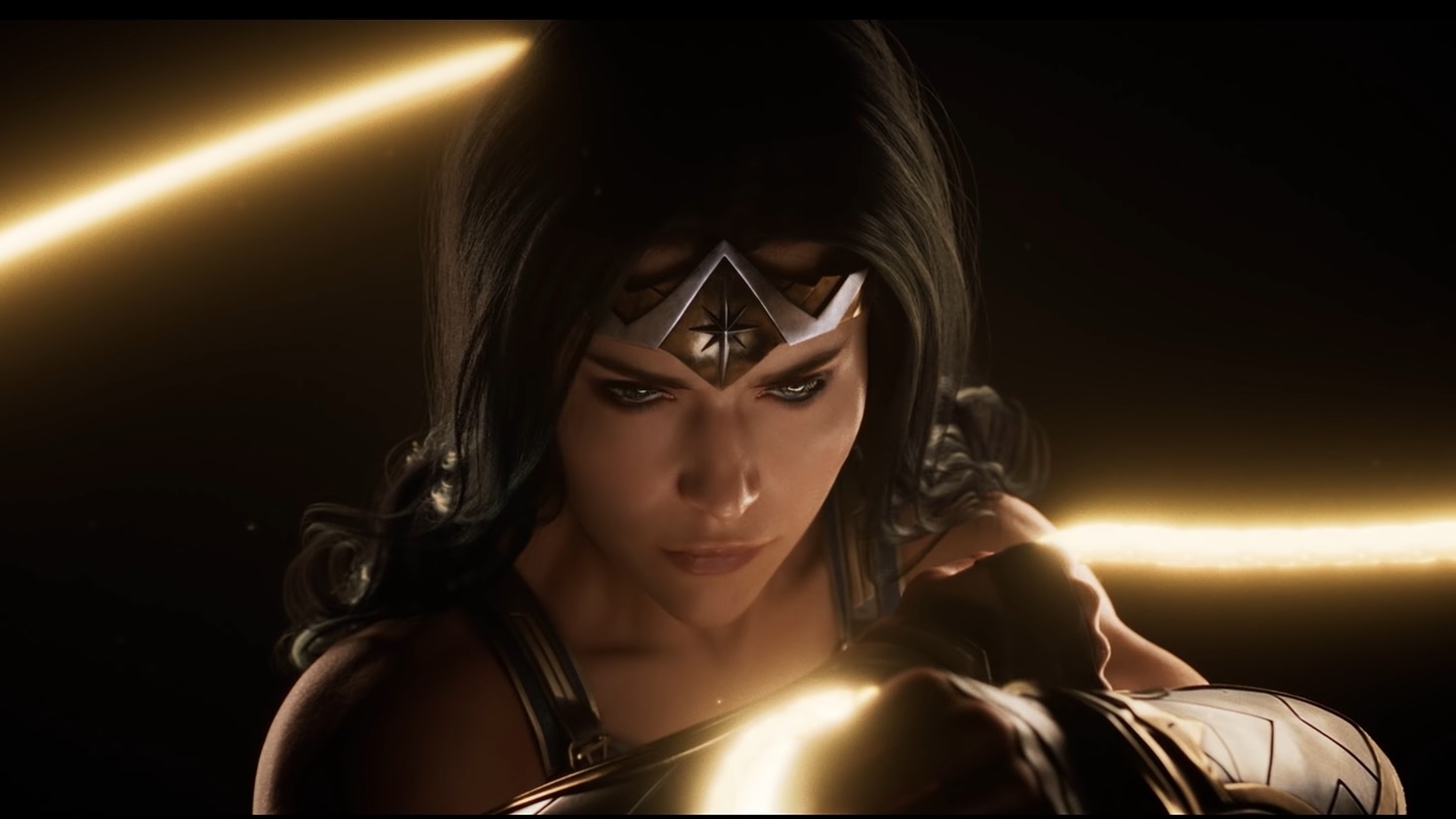 Monolith Productions, best known as the developer behind Middle-earth: Shadow of Mordor and it’s sequel Middle-earth: Shadow of War are making a Wonder Woman game. Nope, we didn’t see that collaboration coming either. But it’s happening and given the quality of Monolith’s Middle Earth games, we have high hopes for Princess Diana of Themyscira. Read on for everything you need to know about the game inspired by one of the most iconic DC superheroes.

Allaway was formally a narrative designer on an upcoming Dungeons and Dragons RPG, working as a senior writer.

It's official! The paperwork is signed!

I'm the next Senior Writer working at Monolith Studios on their upcoming WONDER WOMAN game!!

Could not be more excited for this next stage in my career!

As noticed by GamesRadar, the upcoming Wonder Woman game is currently hiring for writers and according to a tweet from narrative director Tony Elias, the game will feature procedural storytelling.

For those who don’t know this essentially means that you’ll get a slightly different take on her story or may experience different dialogue options as you play. This will no doubt be linked to the Nemesis system (mentioned further down) in some capacity.

Game writers! Monolith is looking for a Senior Game Writer to help us build our Wonder Woman game.

Apart from creating characters and writing tons of excellent dialogue, you will learn more about procedural storytelling than you thought possible. https://t.co/nFrHDL73lT

What are the chances we see an announcement for Wonder Woman? We can only hope!

The Wonder Woman game was revealed at the 2021 Game Awards with a small teaser and unfortunately no release date. Even more surprising is the fact that Warner Bros. hasn’t even given a broad or tentative release window.

Is Wonder Woman coming to PS4 & Xbox One?

At the time of writing nothing has been confirmed but given that the game is likely quite far out from launching we would imagine that this isn’t being made as a cross-gen game. Subsequently, we can only envisage it launching on new-gen machines.

As mentioned previously, the game’s announcement was made with a teaser trailer released during the 2021 Game Awards. Even then, we only get a brief glimpse of Wonder Woman in the cinematic, and it’s more close up shots of her armour as opposed to anything bordering on gameplay or even a setting to frame the story. We do get some audio though, and it appears to be Diana’s mother Hippolyta speaking, but more on that further down.

Here have a watch of the trailer just below:

“A single-player open-world action game that will introduce an original story set in the DC Universe and allow players to become Diana of Themyscira in the fight to unite her Amazon family and the humans from the modern world.”

That’s the description Warner Bros. has given for the game so far, but actually, we might learn a little more from that audio we hear in the teaser trailer.

Hippolyta states “my daughter, a new threat comes to our shores, and I must call you home. Restore what has been broken, unite old enemies, forge new paths. You are a hero, but you can be more.”

Based on this we can assume that this isn’t an origin story, as Diana has already left home and established herself as Wonder Woman. It could be similar to that of Marvel’s Spider-Man game, which is set a few years after Peter Parker has established himself as a hero of New York City.

The only thing we can’t really tell from this audio is what sort of threat Wonder Woman could be facing, but it would have to be substantial to threaten the whole of Themyscira.

As we noted before, we’ve not seen any gameplay, but the description does ascertain that this will be a “a single-player open-world action game” which seems a good fit based on Monolith’s experience with the Middle-earth series.

On top of this, we also know that Wonder Woman will use the patented Nemesis System we saw in those Middle-Earth games. If you’re not familiar with the Nemesis system, it essentially created unique personal stories through procedurally-generated enemies who would remember every encounter in the game.

In the Middle-Earth games, this meant that essentially there was a number of Orc captains, commanders and generals, and if you were able to kill one, the Nemesis system would cause other enemies to react. In some cases it meant another grunt replacing the boss you killed, or sometimes, another boss seeking you out on the map and challenging you in a bid to seek revenge.

It’s not quite clear how this will be used in Wonder Woman, but it would at least suggest that you’ll be facing some sort of Army in the defence of Themyscira.