Who To Romance In Assassin’s Creed Odyssey

Learn where to find each of the romance options in Assassin’s Creed Odyssey. 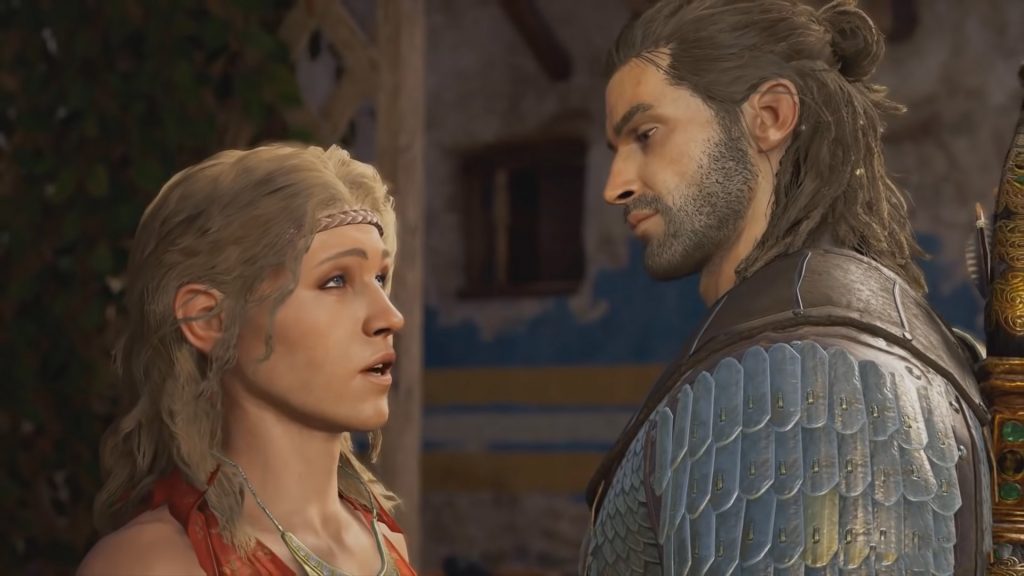 Taking down the corrupt leaders of ancient Greece can be tiring work in Assassin’s Creed Odyssey, and sometimes you just need to take a moment, enjoy the sights and sounds, and maybe even find some romance. There are several interested and available characters out there who would love to spend some quality time with either Kassandra or Alexios, so why not take a moment and experience all of what Ancient Greece has to offer.

There are a lot of potential love interests out there for players who are looking for love in Ancient Greece, and the good news is that the protagonists in Assassin’s Creed Odyssey aren’t limited to a single lover. Players who are worried about lengthy quest chains and obscure answers in conversations shouldn’t fret, as in most cases, there are only a few steps separating you from romance. Keep an eye out for dialogue options marked by a heart, these are the responses you’ll want to make if you are hoping to make a connection.

Players can find Odessa locked in a cage to the east of Odysseus’ Palace. Free her and take her back to safety, using the romance dialogue options along the way. After getting her home, Odessa will need some help taking care of her sick father, and will then need you to rescue her from some assailants. The next step involves searching the Leader’s house in Megara for some clues, and once that’s out of the way, speak with Odessa again to see a softer side of your spartan. 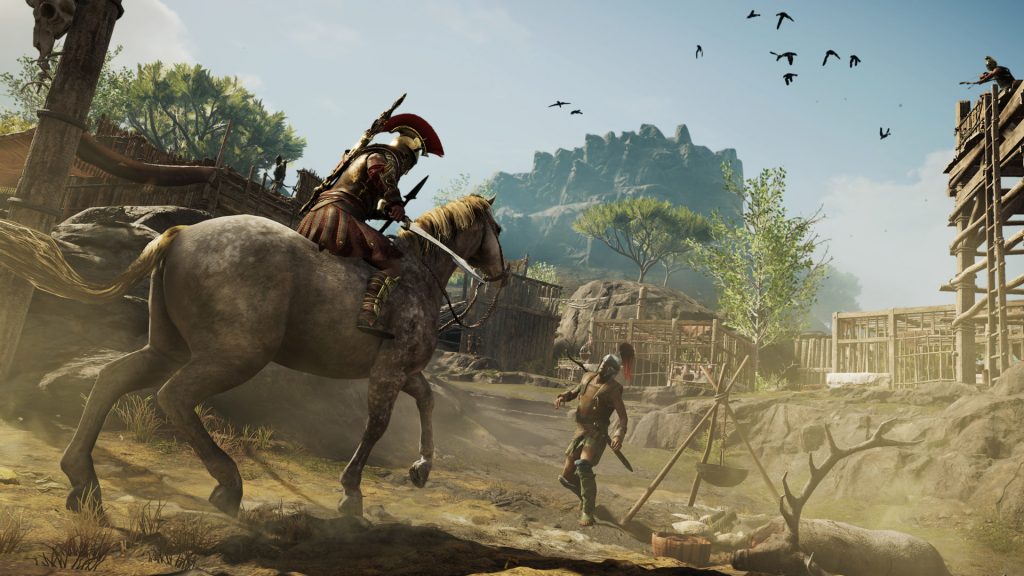 Alkibiades is an interesting romance option that is encountered along the main storyline at a party in Athens. Speak with Alkibiades for some information about Kassandra’s mother, but you’ll need to bring him some oil to loosen up his lips. Upon returning with the oil, accept his invite to join in and you’ll have yourself another Greece experience.

Auxesia – Age is Just a Number

Auxesia is another romance option that can be found near the Temple of Apollo. She’ll ask for some help getting a few items to create a love potion for her husband who is having some difficulties in the love department. Thankfully for her, you can offer your services.

Lykaon is another viable romance option in Assassin’s Creed Odyssey, and a doctor nonetheless! When you first meet Lykaon, he’ll need some help rustling up a few ingredients for medicine to help some ill villagers. The next time you meet Lykaon, his grandmother will have been kidnapped by some hostiles, track them down, make them pay, and chat up Lykaon while you do it. With Lykaon’s grandma saved, speak with Lykaon again for a bit of love. 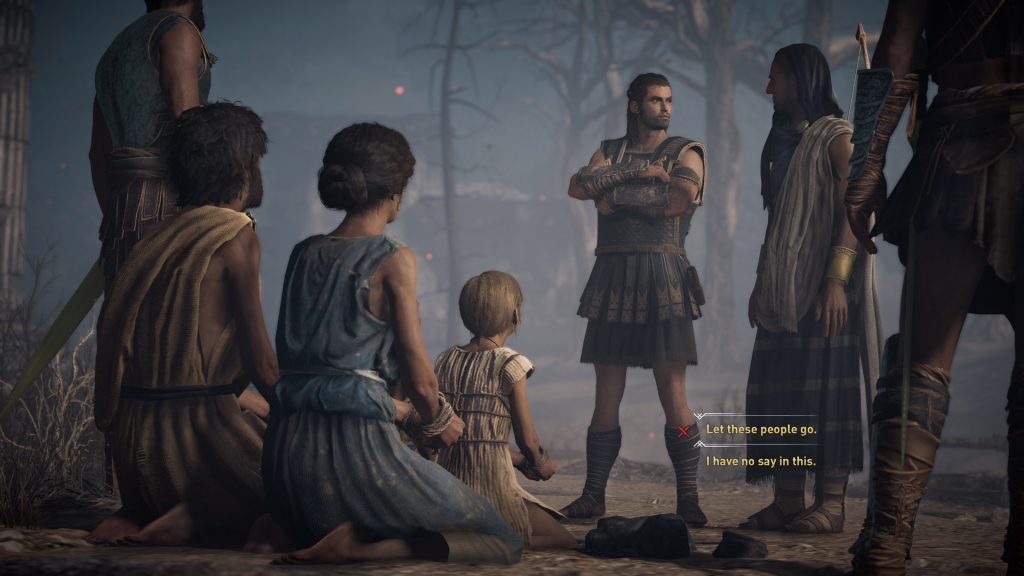 Kyra or Thaletas – Trouble in Paradise

These two are both romance options in Assassin’s Creed Odyssey, but before you can romance them, you’re going to need to find them. Head to the tavern in Mykonos City and then through the well nearby to reach a hideout in a cave. Here you’ll find Kyra, who needs some help dealing with some hostiles on a beach.

Once the situation is handled, players will be given the option to side with Kyra or Thelatas. From here on out, it’s fairly straight forward. For those that pick Kyra, help her continue to sow chaos, steal valuables, and hunt a few animals. While those who pick Thaletas will need to simply complete his missions and opt for the romance dialogue options where possible.

Zopheras – Not My Mother’s Daughter

After heading to Sparta, you’ll be tasked to help train up Zopheras to be a better Spartan. Spend some time helping out this would-be Spartan and you’ll be rewarded with some canoodling. 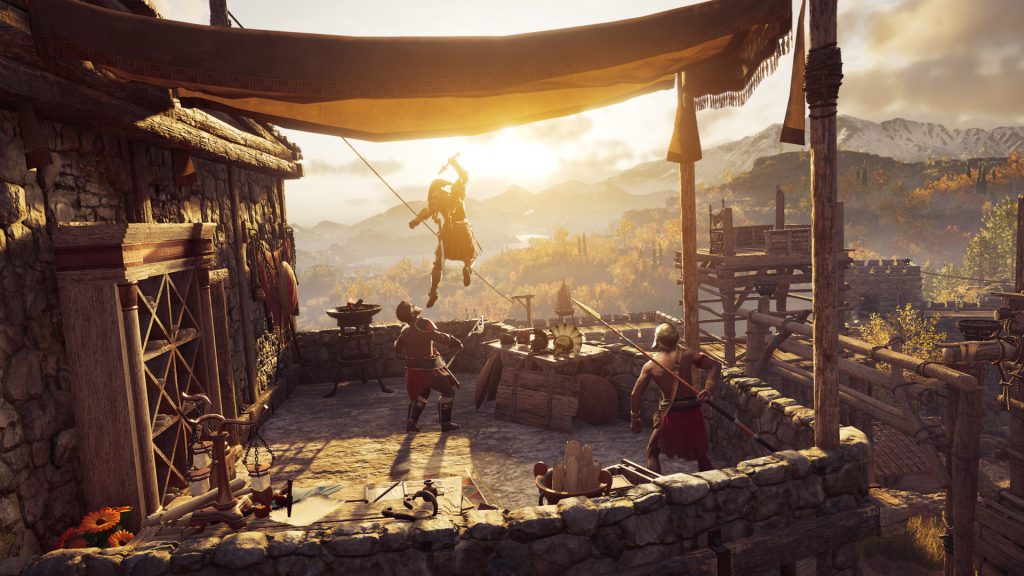 Kosta is a local blacksmith in the village of Red Lake Bay, and with muscular arms like his, he’s the perfect romance option in Assassin’s Creed Odyssey. Go out and collect some flowers for him and pay him in whatever way you desire.

Aikaterine – An Actor’s Life For Me

Players who make it to Chapter 8 in Assassin’s Creed Odyssey will be able to woo their own theatrical actor. Someone by the name of Aristophanes is trying to put on a show, but their lead actor has gone missing, and you guessed it, you’ll need to track them down. Head to the local tavern and rescue the actor from the bottom of a bottle and get them home safely, at which point they’ll ask you to help them out.

Turns out the actor has his very own muse, Aikaterine. Unfortunately for him, you can romance his muse. Aikaterine is located in the House of Aphrodite, but you’ll need to do a job for her before getting down and dirty.

Make your way to Hydrea to find Roxana in the middle of some intense training. She’ll request that you help her train, and in doing so, you’ll be given the option to romance her. The training amounts to some archery, sparring, and a race, but when it’s all done, you’ll get some more hot action.

Daphnae – The Daughters of Artemis

The path to romancing Daphnae is long and hard, requiring killing many legendary animals of the land. She can be found at the Temple of Artemis and will give you a quest to kill the Kalydonian Boar – a giant beast of a pig. After killing the boar, return the pelt to her to receive a quest to kill seven other dangerous animals. For every pelt you bring back, flirt a little bit more. 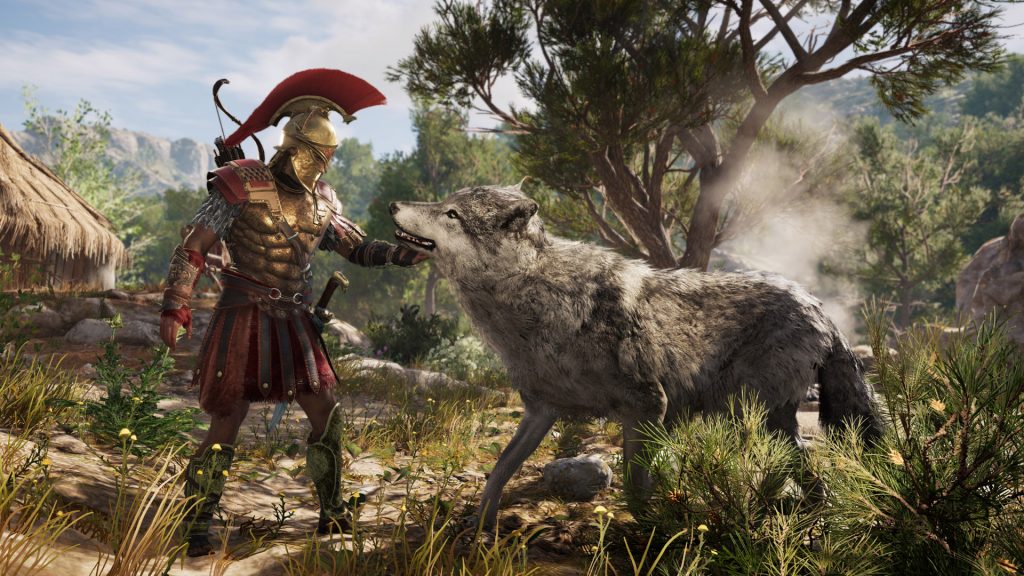 Xenia – Birds of a Feather

Xenia is a pirate that you’ll meet during the main story, though her story doesn’t end there. After completing the campaign, a side quest will become available that tasks you with solving clues, working out puzzles, and following treasure maps. If you can get to the end of this quest line, and flirt with Xenia along the way, you’ll be rewarded with plenty of loot and another romance option. 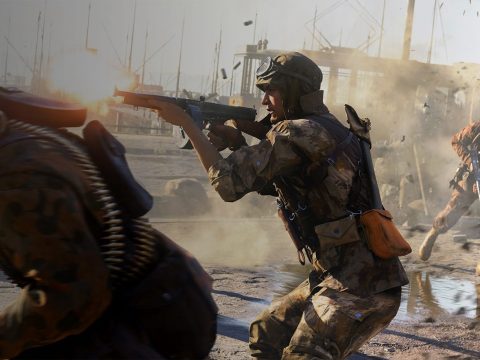