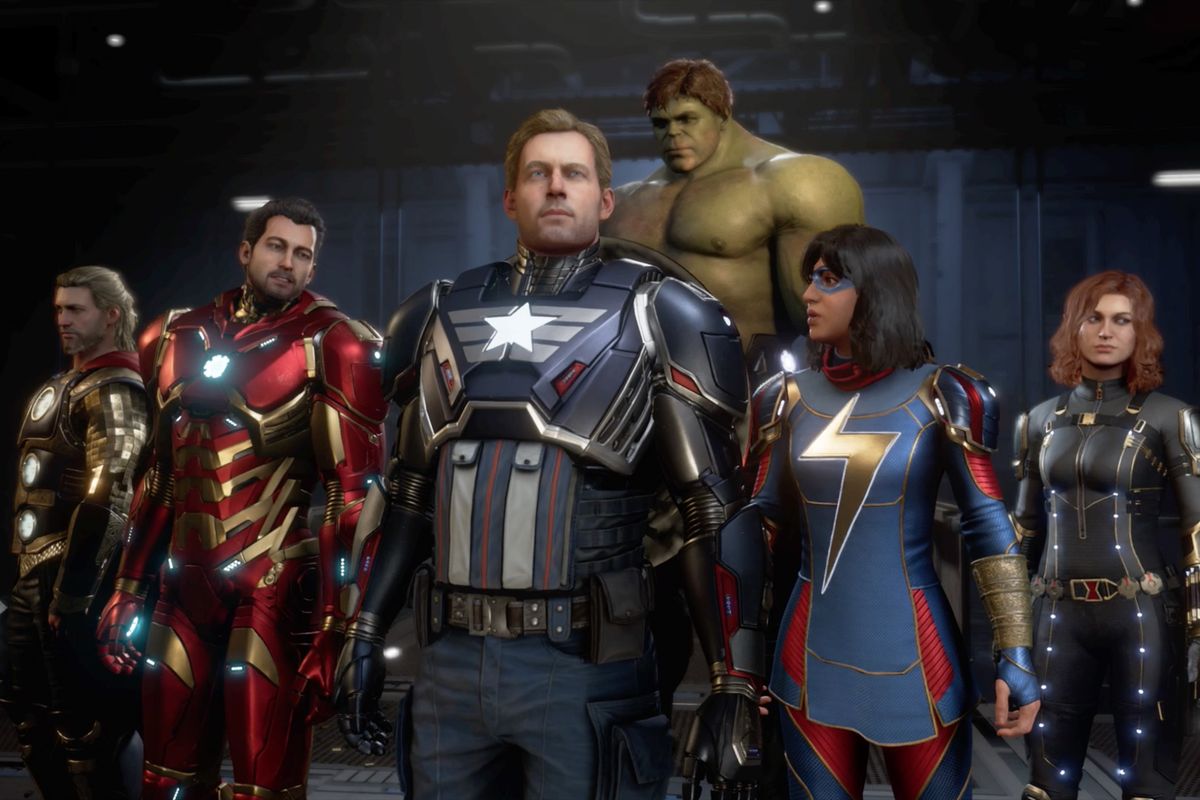 If you haven’t been paying close attention to Marvel’s Avengers, you might be surprised to learn it includes a sizable single-player experience.  Square-Enix has spent well over a year hyping the game up, but the majority of their focus has been on the online multiplayer component.  There’s no doubt Square-Enix wants to make sure players keep coming back to spend time with Marvel’s Avengers through its online mode, but more and more players are finding the solo campaign to be the star of the show.  If you didn’t even know there was single-player content to enjoy, don’t worry, as you’re definitely not alone.

What’s it all about?

Marvel’s Avengers’ solo campaign plays out much like a Marvel movie.  You’ll get to spend time with tons of familiar faces like Thor and Iron Man to Black Widow, Hulk, and others.  Unfortunately for our heroes, the story starts out with an event that causes the Avengers to split up.  As you work your way through the campaign, you’ll have to piece together the world’s greatest team in order to stop an extinction-level event. 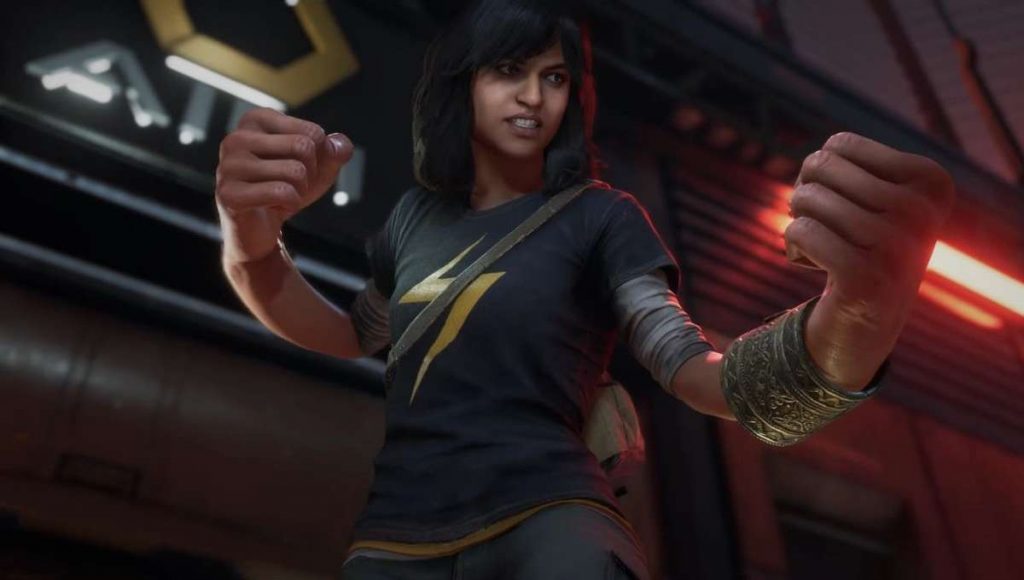 While Marvel’s Avengers will certainly let you play as a number of different characters along the way, it’s Ms. Marvel who steers the entire plot.  Ms. Marvel hasn’t gotten any time in the Marvel Cinematic Universe, but she’s front-and-center for this game.

For those who don’t know, Ms. Marvel is New Jersey’s own superhero.  She takes out the bad guys using her super stretchy abilities, which allow her to reach great lengths, grow enormous heights, and pummel the opposition with super-sized fists and more.  Ms. Marvel also happens to be a super-fan of both the Avengers and all things comic books.  This makes her a bit of a meta-character within the Marvel universe and the perfect entry point for this adventure.

While Marvel’s Avengers starts out as a rather linear experience, things will eventually open up into a mission-based system.  You’ll have a map of different locations to choose from, each with their own challenges to tackle.  Sometimes you have to smash your way through an enemy blockade, and other times you’ll be sneaking around a secret base.  As you’d expect, some of these missions will take you to familiar locations from Marvel movies and comic books, giving you a whole new way to see and explore them.  The more open-ended mission approach also helps keep the game feeling fresh as the hours roll on. 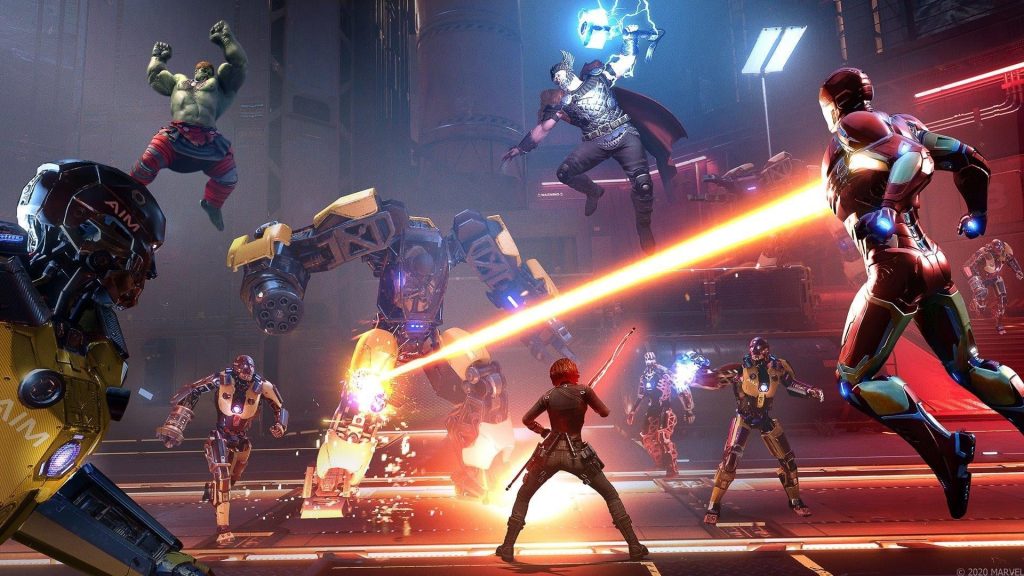 There are a handful of missions in Marvel’s Avengers’ campaign that allow you to have friends drop in for some fun.  It’s always nice to have some buddies virtually swing by to enjoy the game with you, but if that’s not your thing, you don’t have to worry.  These multiplayer missions can be played alone as well.

If you decide to tackle these missions without any real-life players at your side, the game will add in some computer-controlled AI for you.  All you have to do is turn off matchmaking, and the game will do the rest.  There’s no way to tackle these missions without some help, but there’s no reason to have real people join you if you’d rather keep all the fun to yourself.

While Marvel’s Avengers has a lengthy solo campaign, there’s simply not enough for you to fight your way through to level up your characters to their fullest extent.  Marvel’s Avengers is very much built to be a game you keep going back to grind away, earn new loot, level up abilities, and so on.  The good news is that completing the single-player will definitely give you a nice leg up on the multiplayer, should you do decide to give it a whirl.  Just do yourself a favor and go on the multiplayer adventure with some friends, as it’ll make things much more palatable.

Square-Enix has gone out of their way to make people think that Marvel’s Avengers is a multiplayer-centric experience, and while it is, that messaging does a real disservice to the solo campaign.  This single-player content can take anywhere from 12 to 18 hours to complete depending on how much you like to explore, the side missions you tackle, and so on.  There really is a lot to enjoy here, even if you don’t plan on ever setting foot in multiplayer.  Don’t let the online component dissuade you from what turns out to be a well-written, story-rich solo adventure.

DC fans have been chomping at the bit for a long time now, waiting to see what the company had lined up in terms of new video games.  There have been rumblings of various projects for months, if not years, and thankfully DC put an end to all the speculation via their Fandome event.