Technically wobbly but still hugely fun, PUBG has a bright future on console. 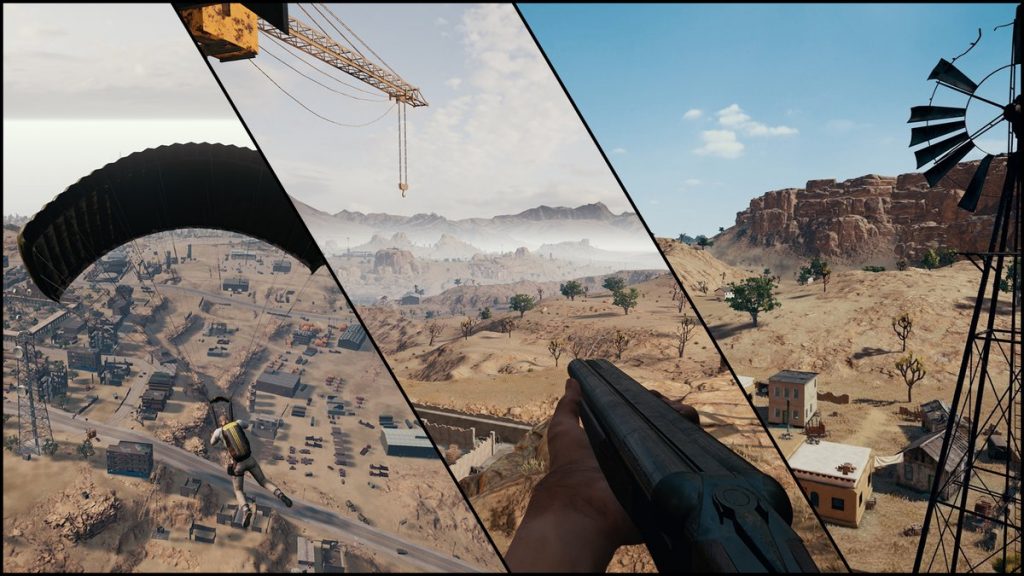 Whether you’re a PC gamer or not, you can’t have made it this far into 2017 without developing some awareness of PlayerUnknown’s Battlegrounds – aka PUBG – which has racked up over 25 million sales in Steam Early Access.

Developed by a team led by Brendan “PlayerUnknown” Greene at South Korean studio Bluehole, PUBG drops 100 players into a huge Battle Royale-inspired scenario where you have to fight tooth and nail (and sometimes frying pan) to be the last person standing.

In a major coup for Microsoft, last week the game joined Xbox One’s Game Preview program, and quickly sold over a million copies. But what does PUBG look and feel like on console? Does it recapture the magic? And given that this Xbox One version is a little behind the PC in terms of development, what else can console owners expect in the near future?

If you’re new to PUBG, then welcome! There’s a few things you should know. First, the basic shape of each game session. Once 100 players have been matchmade, you all start off in a plane flying over the Erangel map – a huge area with a military base in the south, schools and towns dotted around the middle, and lots of little isolated houses and farms among trees, hills and mountains. You can eject when you like and parachute down to wherever you want to start scavenging for supplies, and the first moments of the game after landing are always spent hurriedly ransacking your surroundings for guns, ammo and consumables. Take some time to get your head around the inventory system so you can juggle this stuff and apply weapon mods without thinking about it.

Soon the real PUBG begins. After a short while, the game designates a blue zone that you must move to within a time limit. This circular area will contract again over the course of the match to drive all the players together, and the penalty for not moving to the blue zone is bleeding out – a process that rapidly accelerates the longer you spend away from safety. (You also need to watch out for smaller red zones, which are bombarded from the air.) But with everyone making for the same shrinking circle of land, what is your strategy for staying safe? Do you hole up somewhere and hope to remain unnoticed? Do you find a shady position, lie still and try to pick people off as they tumble through the undergrowth? Do you move to built-up areas, deliberately seeking combat? The answer is often very situational, and the fun lies in the incredible variety of scenarios you can end up in.

How it feels on Xbox One

The good news is that the experience of playing PUBG has made it onto Xbox One without much compromise. This is still a very intricate survival game, where you spend a lot of time fussing between different stances and viewpoints, switching fluidly between third- and first-person, toggling aim-down-sights mode to watch for telltale movement on the horizon, and juggling weapon mods and tank tops around your inventory like they’re going out of fashion (which, in the case of the latter, they probably should be). Movement is slow and deliberate, and combat is a often a violent fumble as players startle one another and fall about scrambling for the upper hand. Directional audio continues to play a huge part – you need to hear those footsteps and judge the distance and location of nearby gunshots. 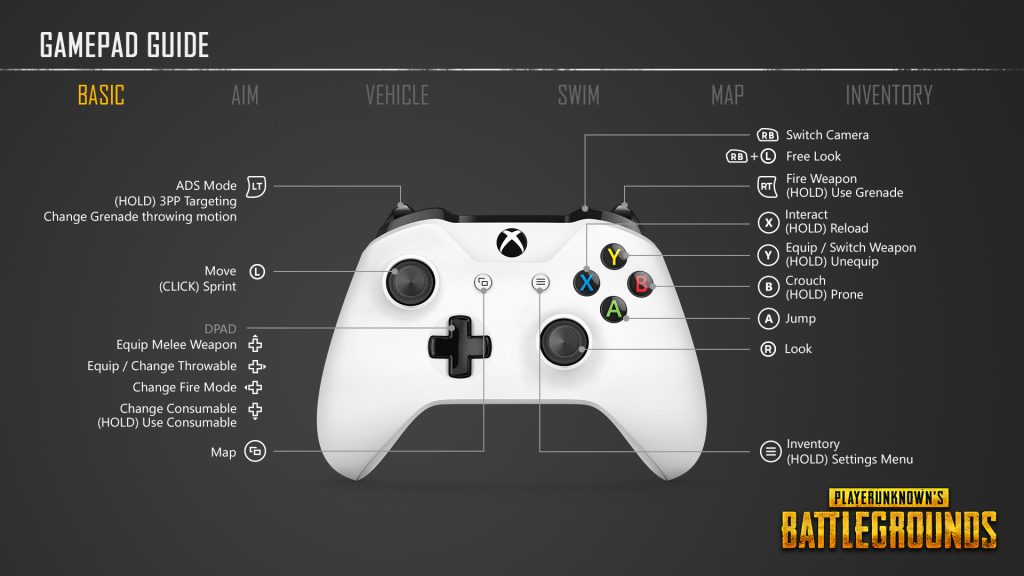 The slightly less good news is that PUBG’s uncompromising transition means Xbox owners are faced with complex controls to master, while the development lag compared to the PC builds means the game launches with some serious performance issues, especially on the vanilla Xbox One. (Xbox One X owners will still have to put up with a sub-30fps frame-rate quite often, but on the whole the experience is much better.) The controls will definitely take some getting used to – with so many different functions competing for relatively few inputs, Bluehole and their development partners have had to be inventive to make it all work. (For example, the X button interacts with objects when you tap it, and also reloads your weapon if you hold it down.) Given PUBG is a tough game to learn in the first place, it may be a while before you get past simply wrestling with the controls and actually start killing other players. Shop our line of Xbox gaming headsets for your next PUBG battle.

Make no mistake, though, this is still PUBG, and all the control concerns and technical woes quickly melt into the background once you stumble into your first authentic PUBG anecdote. For us it was someone stealing our car while we cleared out a house – the culprit proceeded to do laps around the building, honking the horn as we cowered inside, then when we finally emerged and made for the treeline, they came blasting out of the shadows and ran us over. We recovered our dignity in the next game, however, when a pair of friends arrived tooled up at a farmhouse we’d just exited at the rear, breached and lit it up together as we snuck into the bushes, then stepped on our frag grenade as they made for the open door…

It’s these tense moments of what developers call emergent gameplay that see the great systems Bluehole developed mesh together most rewardingly, and Xbox One has that in the same way the game does on PC. It’s the legacy of survival games like the original DayZ mod, and it’s rendered slightly more accessible by the 100-to-1 last person standing concept, which gives each session just enough rhythm, depth and immediacy, without leaving you too deflated when a game you were doing well in ends earlier than you would like.

Perhaps the most interesting prospect for Xbox One owners is that PUBG is still in very active development, and judging by recent PC builds, there’s a lot of exciting stuff in the console game’s immediate future. PC players report huge performance improvements on recent test builds, for example, which is bound to come as a relief to anyone playing on original Xbox One hardware in particular, while early adopters of Xbox One X will hope that it leads to a frame-rate that spends most of its time between 30 and 60. 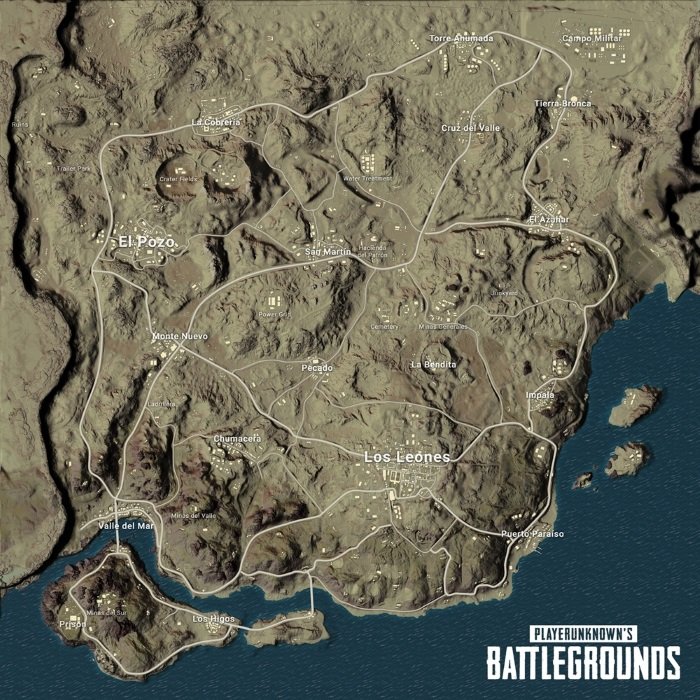 More dramatic, though, is the addition of Miramar, PUBG’s long-awaited second map. Miramar is a desert location with huge cities, new weapons and new vehicles, and the environment is built to take more advantage of the new vaulting mechanic. The new city of Los Leones is particularly exciting for PUBG veterans – it’s an enormous space, large enough that many people can drop into it without landing on each other, and it should lead to more tense urban combat and guerrilla tactics. More claustrophobic surroundings are also a good fit for the new sawed-off shotgun, which works as a secondary weapon, generating value from the pistol slot that usually becomes worthless once you have two primaries.

There’s no immediate word on when we can expect these things in the Xbox One version, but they should be coming down the pipe – along with other things on the PC roadmap – in due course. So while Xbox One PUBG fans get to grips with the game over the holidays, the chances are there will be even more cheer to be had in the early part of 2018. Winner winner chicken dinner. 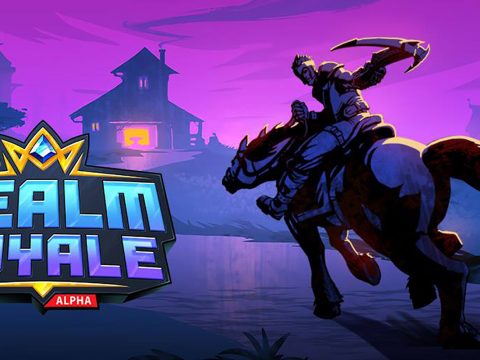