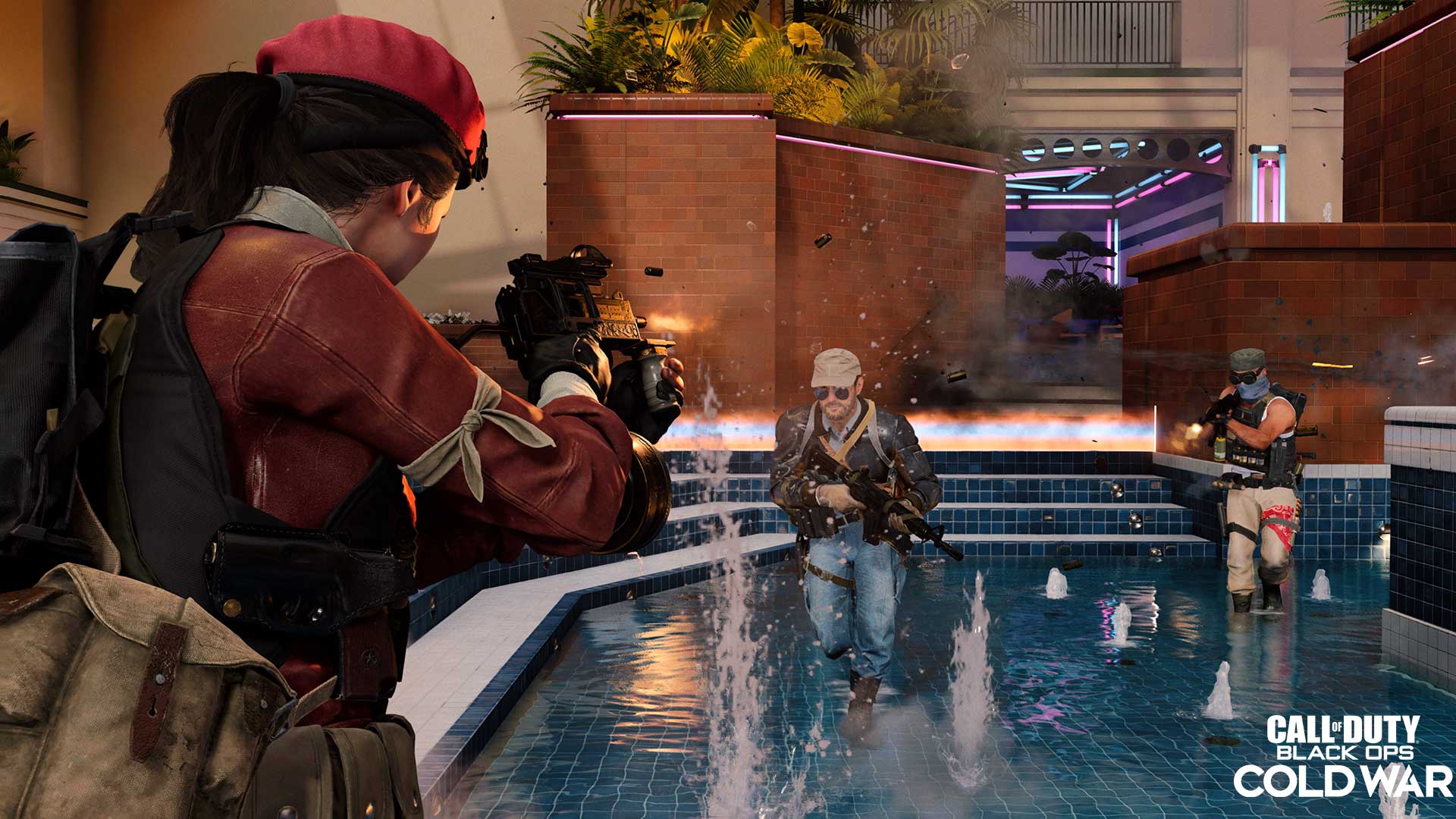 The eSports scene was hit hard in 2020 due to the pandemic.  Numerous in-person events had to be scrapped, and tournaments were either significantly delayed, or permanently cancelled.  eSports organizers were forced to rethink their approach to hosting events in ways that could keep fans entertained, and more importantly, safe.  Slowly but surely, all the big names managed to piece together eSports events that gave the greats a venue to play, all from the safety of their homes.

Much of the 2021 eSports scene is going to look the same.  While there’s an end in sight for the pandemic, we aren’t quite there yet.  Thankfully, organizers are now well versed in putting together virtual tournaments that can still deliver big action and fun.  While we’re all looking forward to the days when we can attend arenas and watch our favorite players live in person, there’s still plenty of eSports action to indulge in while we’re safe and sound at home. 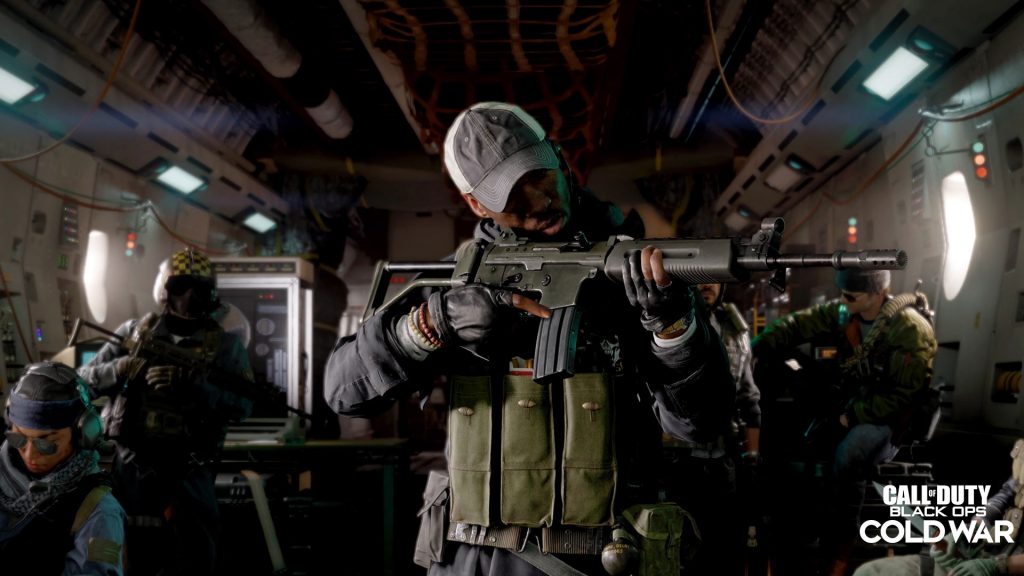 The Call of Duty League is set to have an extremely exciting 2021 season.  This is the first year where Call of Duty: Black Ops Cold War is going to be the focus, which should make for some fresh action.  Also worth noting, competitive matches are going to roll back to the classic 4v4 format after dabbling with 5v5 matches.

The fun kicks off on January 23rd and 24th with the Call of Duty League Kickoff Classic.  Every team from the CDL will be represented on this one-year anniversary of the League, and the highlight matches will be voted on by fans via social media.  While this isn’t an official ranked tournament, it should serve as a great introduction to CDL in 2021.

If you’re looking for where the play gets serious, you’ll want to mark down February 11th to 14th.  That’s when the Call of Duty Opening Weekend takes place, marking the official start of the season.  Once again, every team will be represented at this event, but specifics on how matches will play out and prize money are yet-to-be-revealed.  We’ll most likely get those details from the Kickoff Classic. 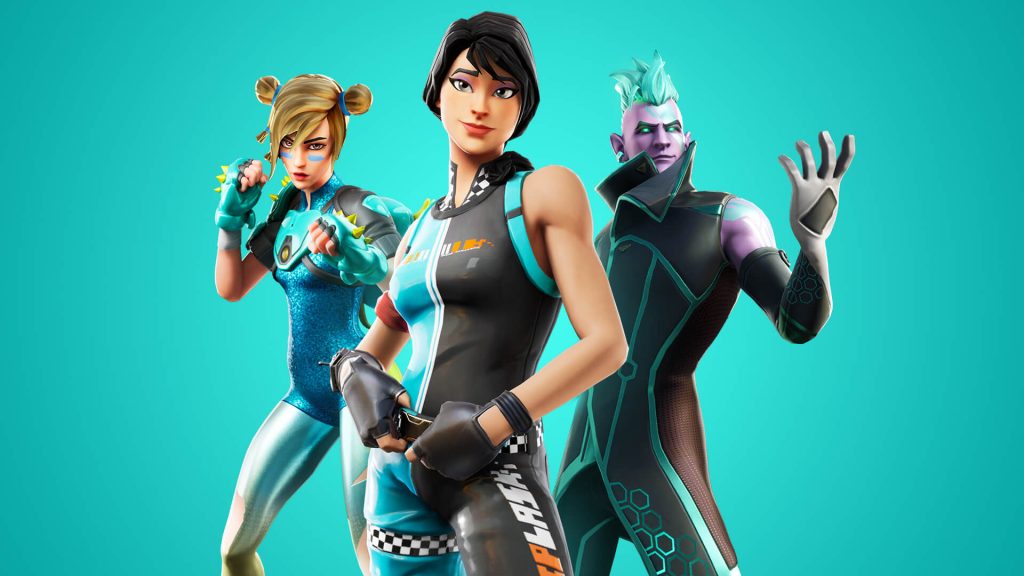 Epic had previously announced that they would not be hosting in-person Fortnite tournaments for the entirety of 2021, and that includes the Fortnite World Cup.  That said, Epic isn’t throwing in the towel when it comes to competition.

The Fortnite Championship Series will still play out this year, albeit virtually.  Once again, we’ll see trios battle it out for that sweet Victory Royale.  Epic plans to tweak some presentation aspects and other parts of the FCS as the year rolls on in order to keep things feeling fresh.

Along with that, you can expect more overall from the FNCS in 2021.  There will be more events to tune into, a variety of different formats for players to participate in, and Creator Cup action as well.  As mentioned above, trios battles will be the standard, but Epic has said that there will be some other team options available as we get deeper into the year. 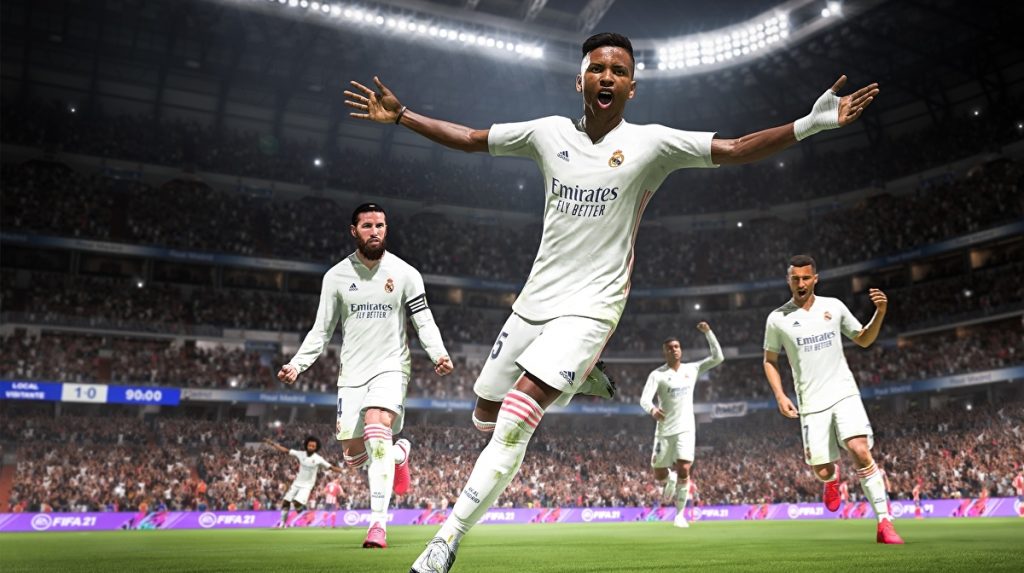 The FIFA 21 Global Series actually got underway in late 2020, but just barely.  The European, South American, and West Asian qualifiers kicked off in December, but there are still many weeks to come.  The qualifiers are officially underway in all regions right now, which means North America, East Asia, and Oceania have gotten in on the action.  The final round of qualifiers will take place in North America on May 8th and 9th, wrapping up the Regional Tournaments.  The best of the best from each region will then strut their stuff in the Regional Playoffs at the end of the year. 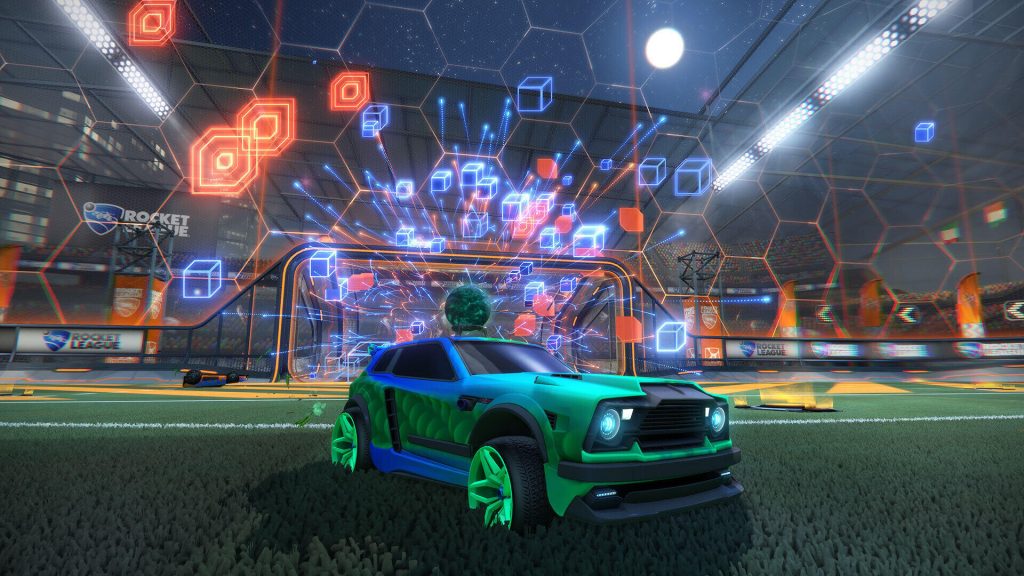 The Rocket League Championship Series has undergone a considerable change for its 10th installment.  Teams from North America, Europe, Oceania, and South America are now taking part in the RLCS X, where points are tallied from various tournaments in the hopes of qualifying for international events, and then the World Championship.

With the RLCS X, there are Fall, Winter, and Spring splits.  Each split has a bit of a different format, and they all consist of regional tournaments.  This eventually culminates in an International Major.  Playing in these events will earn teams RLCS X points, and the more points a team has, the more events they can qualify for.

Along with the above schedule, the RLCS X also includes The Grid for North American and European teams.  This is a tournament where the top 16 teams from each region play for Grid Points and prize money.  Grid Points are used to seed teams in all RLCS X events, and points reset at the end of each split. 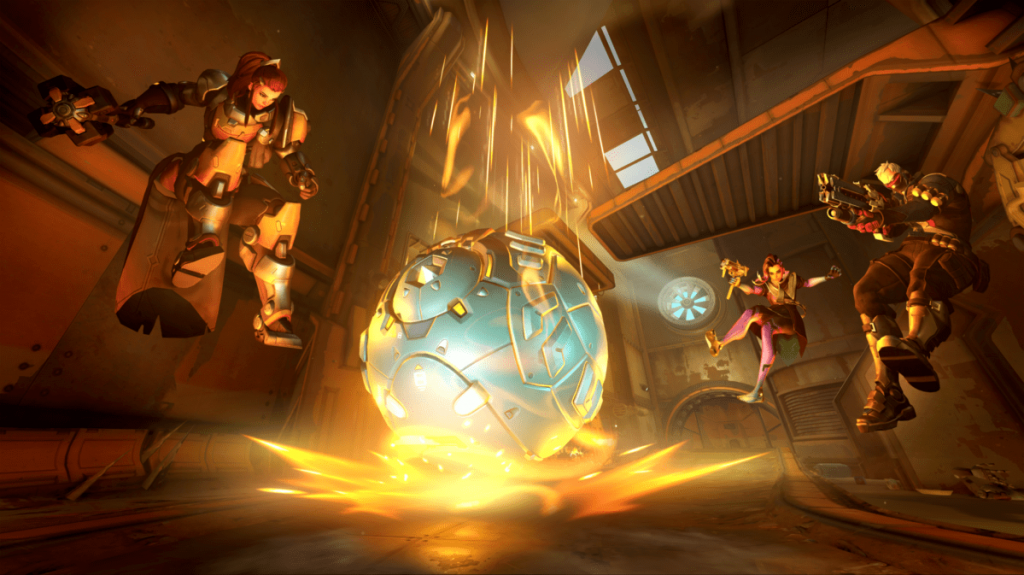 The Overwatch League action is set to kick off in April for the 2021 season, and this will consist of East and West conferences.  The West includes 12 teams from North America and Europe, while the East features 8 teams from China and South Korea.  There will be four stand-alone tournaments where teams from each conference will go up against one another, along with regular inner-conference matches.

Blizzard is at least considering some in-person tournaments for their 2021 season, but it all depends on locations.  In-person events will only be allowed in areas that are deemed safe, and Blizzard is going to pick these events on a case-by-case basis.  There’s a chance that all events will end up staying virtual to keep everyone safe, but if the opportunity arises for something to happen in person, it will at least be considered. 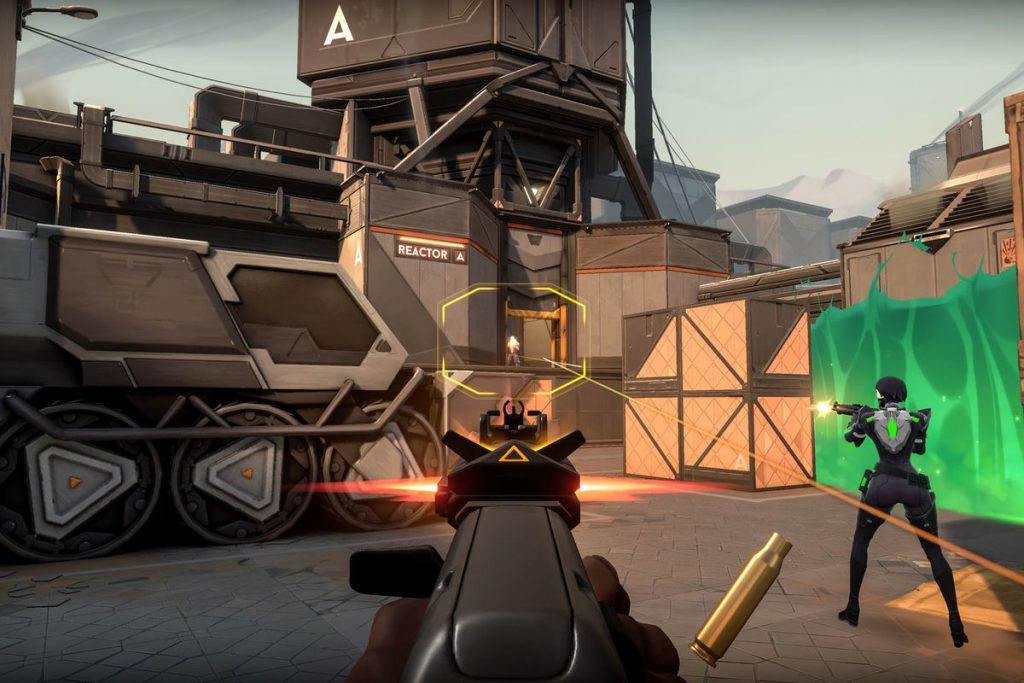 Valorant fans will have the Valorant Champions Tour to look forward to this year, which will include a series of regional and international competitions.  The VCT will feature Challengers, Masters, and Champions levels of competition.  Challengers will be all about regional competition, Masters are bigger events that take place three times a year, and Champions is a two-week-long tournament featuring the top 16 teams from around the world.  Teams will have multiple chances to earn points in Challengers and Masters events in order to gain access to the Champions stage.  Things kick off in January with multiple regional Challenger events consisting of three tournaments, and then a final. 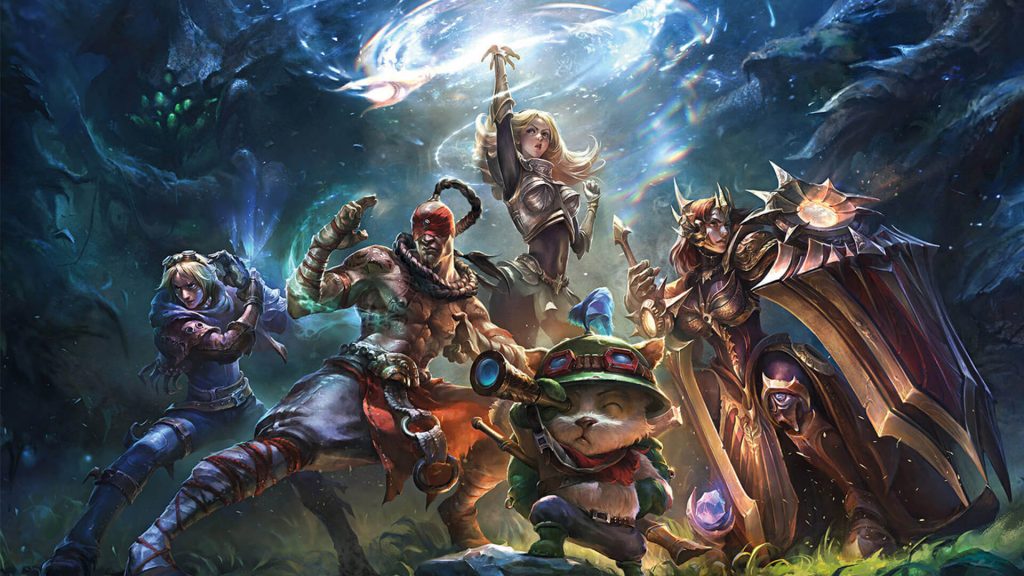 League of Legends is still an absolutely huge player in the eSports scene, and the League of Legends Championship Series will no doubt bring in millions of viewers around the world.  The fun begins with a three-week tournament dubbed the LCS Lock-In, which gathers 10 LCS teams seeded into two groups.  The groups will play a single round-robin, and the top four teams in each group will move on to the knockout round.  We’ll find out who wins the knockout round come January 31st, and they’ll be crowned the 2021 LCS Lock-In champion.

From there on out, the League of Legends Championship Series will host the Mid-Season Showdown, which will peg the North American winner after a battle between the top 6 teams.  The winners will then move on to the 2021 Mid-Season Invitational.  The 2021 LCS Summer Split and Summer Playoffs will follow after that, and then the top 3 teams of the Summer Playoffs will move on to Worlds 2021. 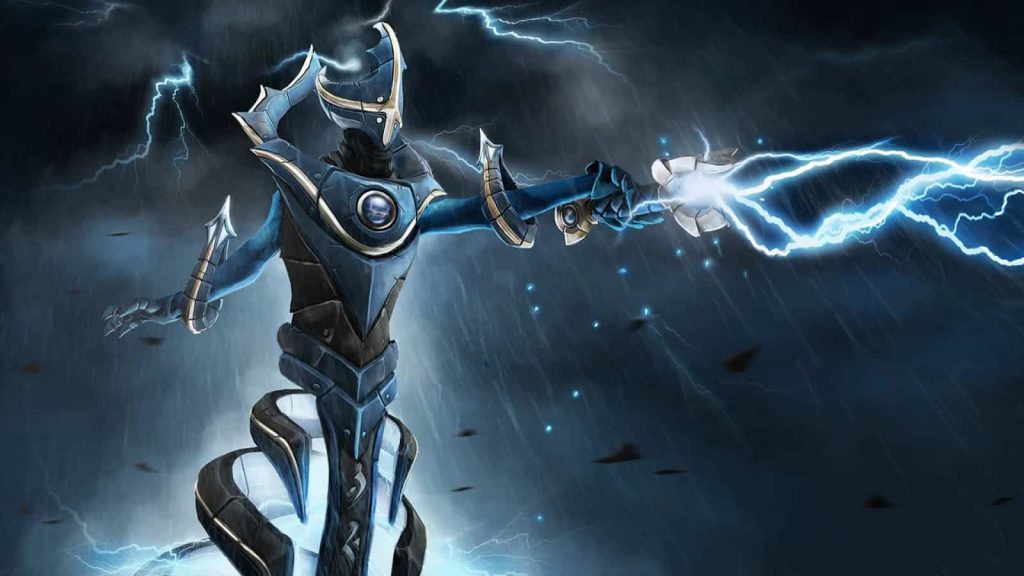 Valve is using a new structure for their Dota Pro Circuit this year after having to cancel 2020 event plans due to the pandemic.  The revamped approach will start on January 18th, and it’s being called Regional Leagues.

The Dota Pro Circuit will have 6 Regional Leagues, each with 2 divisions and a total of 16 teams.  The teams who come out on top in those tournaments will then move on to the Majors.  All in all, there will be two seasons of gameplay, and a Major after every season.  After that, qualifiers will be held for the remaining slots in the International 10, which is being hosted in Stockholm this August.

So the 2021 eSports scene looks like it is on the right path.  While we wait for an end to the pandemic, the virtual tournaments here can still deliver big action and fun.  Staying safe, and gaming strong! 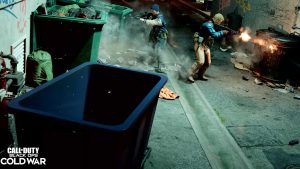 While most modes in Call of Duty are variants of traditional Deathmatch, Capture the Flag, and King of the Hill gameplay styles, Prop Hunt is quite a bit different… 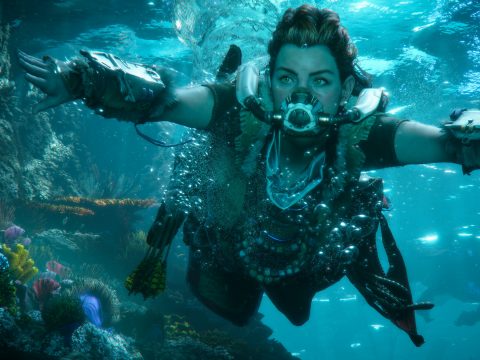