Competitive gaming isn’t fair. Usually, when we dive into a new shooter, there’s a grace period where everyone is learning and sucks at the game. Not so, with Valorant. Designed from the ground up to be a competitive heavyweight, Riot’s entry to the FPS genre takes many lessons directly from Counter-Strike, and as such, many players will have a head start.

To transform you into a Valorant virtuoso as quickly as possible, we’ve put together a series of Valorant beginners tips. This isn’t a guide to the basic mechanics; we’ll leave that job to the tutorial. Instead, the tips below will get you shooting effectively, making the most of your powers, and teach you a few little tricks that the game doesn’t tell you.

How to add friends in Valorant 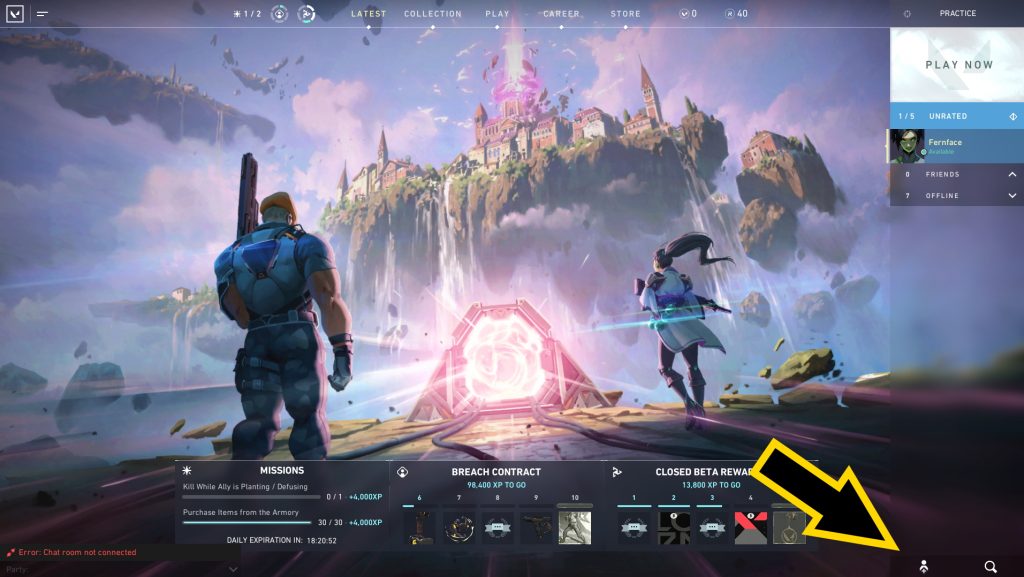 Valorant is a team FPS, and while it is possible to matchmake alone to fill out a random team, you’ll have a much better time if you party up with your pals. To do so, click the search icon in the bottom right corner of the main menu. In the box here, you need to enter your friend’s RiotID – that’s their name, followed by a hashtag and four numbers. To check your own ID, hover your mouse over your name on the party menu on the right side of the screen. Your RiotID will appear in a small box next to the mouse when you do.

Use a sensitivity converter

If you’re coming to Valorant from another game, be in CS:GO, Overwatch, Apex Legends or Destiny 2, you need to make sure your sensitivity is the same. This affects how fast you turn when moving the mouse, and if it doesn’t match what you’re used to, you’ll find yourself overshooting or undershooting, missing those crucial headshots. Thankfully others have already done the work for you and figured out how to convert your sensitivity from other games to Valorant. This handy graphic posted to Reddit by ValorantSource should do the trick for most people. 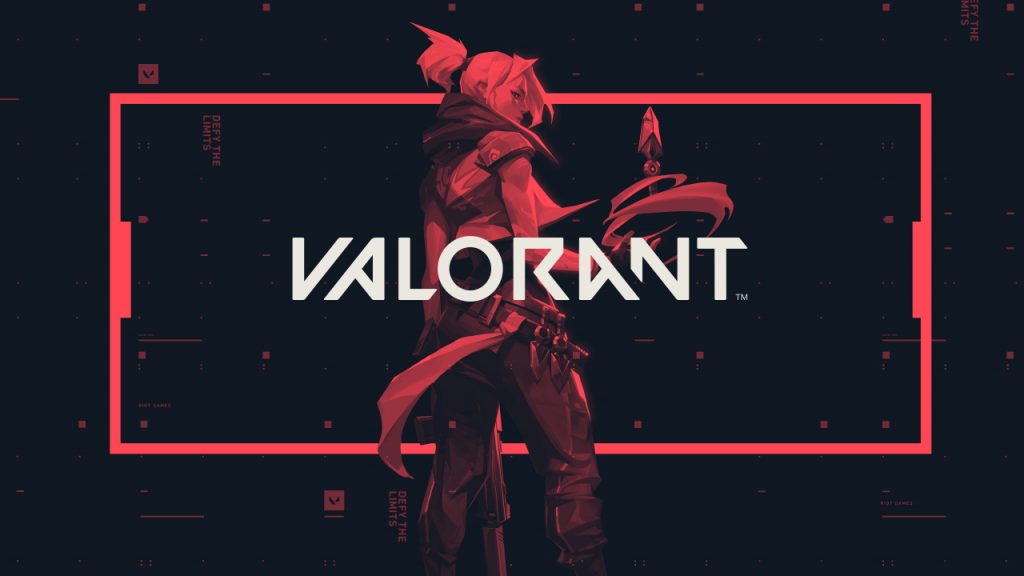 Valorant takes its shooting mechanics from Counter-Strike, which means that, barring a few exceptions, you shouldn’t shoot while moving. Most guns are accurate when standing still, and highly inaccurate while moving. While many guns offer the option to aim down sights, you don’t need to do it to land your shots. Firing from the hip is usually your best option unless at long ranges.

Each gun also has a unique recoil pattern. Head to the firing range and hold down the trigger on a full-auto weapon and you’ll likely see shots go up and then start weaving from side to side. You’ll need to pull your aim down to stay on target, but typically bursts of fire are far more effective than spray and pray. Over time, you’ll want to try and learn the recoil patterns for key weapons like the Phantom and Vandal.

The temptation may be there to grab an SMG and charge right in, but Valorant rewards patience and coordination. Audio is incredibly powerful, so walk often, and listen out for enemies making noise to learn their positions. The defender typically has an advantage in most fights, so the attackers need to get creative with their use of powers and numbers when they attack the plant sites.

As a defender, change up your position each round to keep the enemy team guessing as to your location. Make use of cover and slow them down with your own abilities. The longer you’re alive, the more time your team has to support you, and the less control the attackers have. If you kill the Spike holder, call for support from your team as the attackers will need to recover it.

As an attacker, you need to work with your teammates to create openings. Have an allied Phoenix or Breach flash a corner before you peek, or use a combination of smokes to block common defender positions as you work towards a plant site. Never leave the Spike carrier alone, as you’ll likely lose the round without it.

Get creative with powers 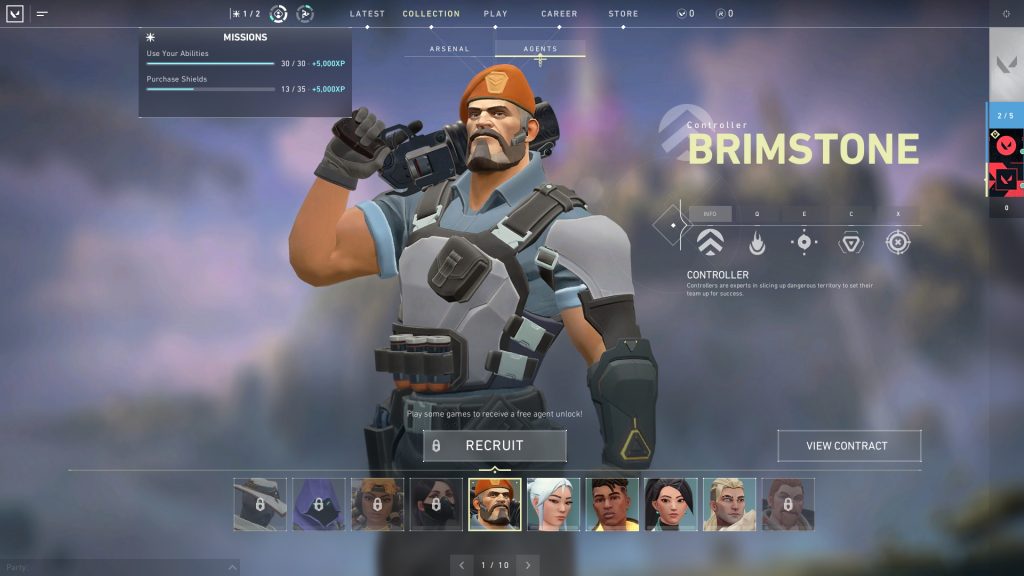 Each agent gets one free Signature ability (E), two purchasable abilities (Q and C), and one Ultimate ability (X) that takes 7 points to charge. You earn Ultimate points through kills, deaths, Spike plants, Spike defusals and by picking up the orbs at points around the map.

Gunplay is at the heart of Valorant, but the powers are how you give yourself the edge, so practice using them in all kinds of situations. For example, Sage’s Wall can stop the enemy team from attacking, or boost a friendly player up into an unexpected firing position.

Valorant puts a lot of information on the minimap for you, so be sure to keep an eye on it. Viper’s Toxin Walls can be lined up on the map before firing, and will flash red when an enemy crosses them. The location of Sova’s recon dart will also appear, making it easy to shoot down. Practice your Agent’s abilities on the firing range to see how they all work. 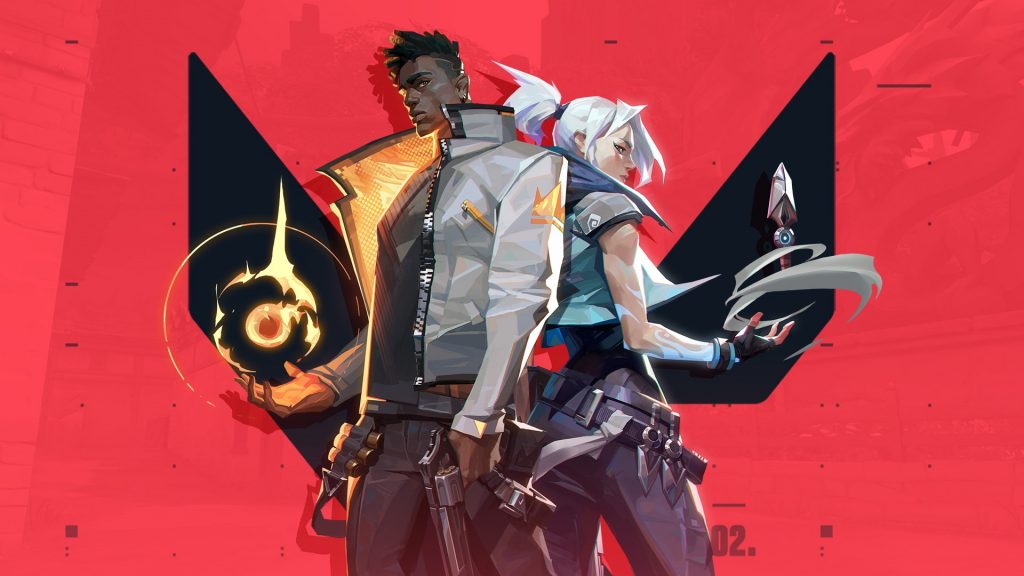 That’s it for our Valorant beginner tips. There’s a lot to learn in a competitive game like this, so keep at it and don’t give up. 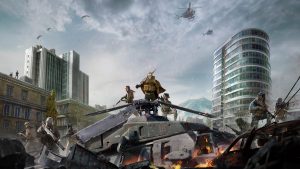 Squad comms is the name of the game when it comes to survival in Verdansk. To make sure your callouts and strategies are being heard, we’ve collected the Chat Settings you’ll want to be aware of when dropping into Call of Duty: Modern Warfare’s Warzone battle royale mode.