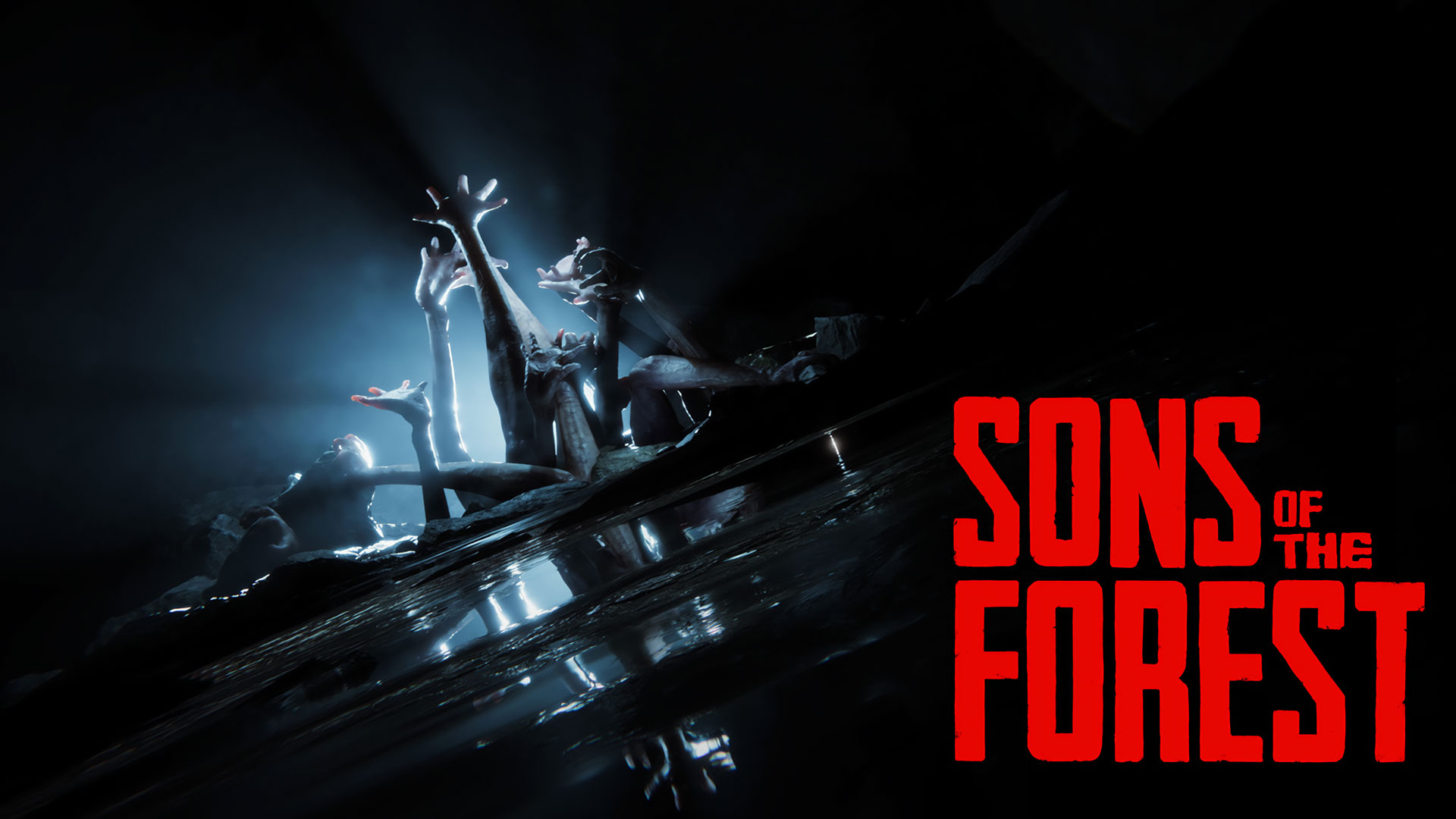 When is Sons of the Forest coming out? October 2022! We know that’s a little longer than you would have liked, but all fans eager to play this entirely new experience from the makers of the ‘The Forest’ don’t have to wait too much longer. Fingers crossed Endnight Games don’t suffer another delay. But then again, they’re only a small team so we wouldn’t begrudge them if they needed a bit more time to polish off this exciting new survival horror sequel.

For the time being, read on for all the latest gameplay details, a look at the platforms the game will be available on, and a few predictions on where the story might be headed. Here’s everything we know so far.

Endnight Games has delivered another blow to fans by confirming another delay to the game. Writing on Twitter, the Dev told fans:

“Hey Everyone, Due to the scope of our new game Sons Of The Forest, it has been hard to pinpoint an exact release date, and today we have to delay one last time. Giving us time to complete the polish we feel is needed, we will release Feb 23, 2023, priced at $29.99USD.”

Due to the scope of our new game Sons Of The Forest, it has been hard to pinpoint an exact release date, and today we have to delay one last time.

It’s been quite some time since we last heard from the devs at Engnight Studios and that October release is fast approaching. We wonder if they might show up at Gamescom during Geoff Keighley’s Opening Night Live event.

It’s certainly high time we heard a little more about the game.

The Steam Summer Sale wraps up on July 7, at 10am PDT. If you liked the look of Sons of the Forest but have not yet had the chance to play The Forest go grab it whilst you can.

Originally Sons of the Forest was intended to launch in May 2022, but in an update from Endnight in March 2022 it was confirmed that the game had been delayed to October 2022.

The developers admitted they were “overly ambitious” with their original release date, but that the delay would allow the team to deliver on their vision for the “next step in survival games”.

Over these past few weeks, we have realized that our May 2022 release date for Sons Of The Forest was overly ambitious. To be able to deliver our vision of the next step in survival games, we’ve decided to move our release date to October 2022

At the time of writing Sons of the Forest is only coming to PC. Endnight Games have not given any assurances that the game will launch on consoles (PS4/PS5/Xbox One/Xbox Series S|X).

What is worth noting is that previously Endnight Games released The Forest on PS4, but not Xbox consoles.

When asked by Gamingbolt if an Xbox version was possible, Anna Terekhova of Endnight replied:

“Sony had first contacted us back when the initial trailer for the game was released,” she said. “We were able to build up a really good relationship with them, and knowing that as a small team we would only be able to focus on one console at a time being exclusive for a short period of time made sense.”

When pushed about a possible Xbox port, she added, “We’d love to bring the game to Xbox in the future”.

Whilst this is purely speculation for the time being, we would imagine that Sons of the Forest could launch on PS4 and PS5 in the future, but with Endnight Games still being a small team, it’s less likely that we’ll see the game on Xbox consoles without further development or help. 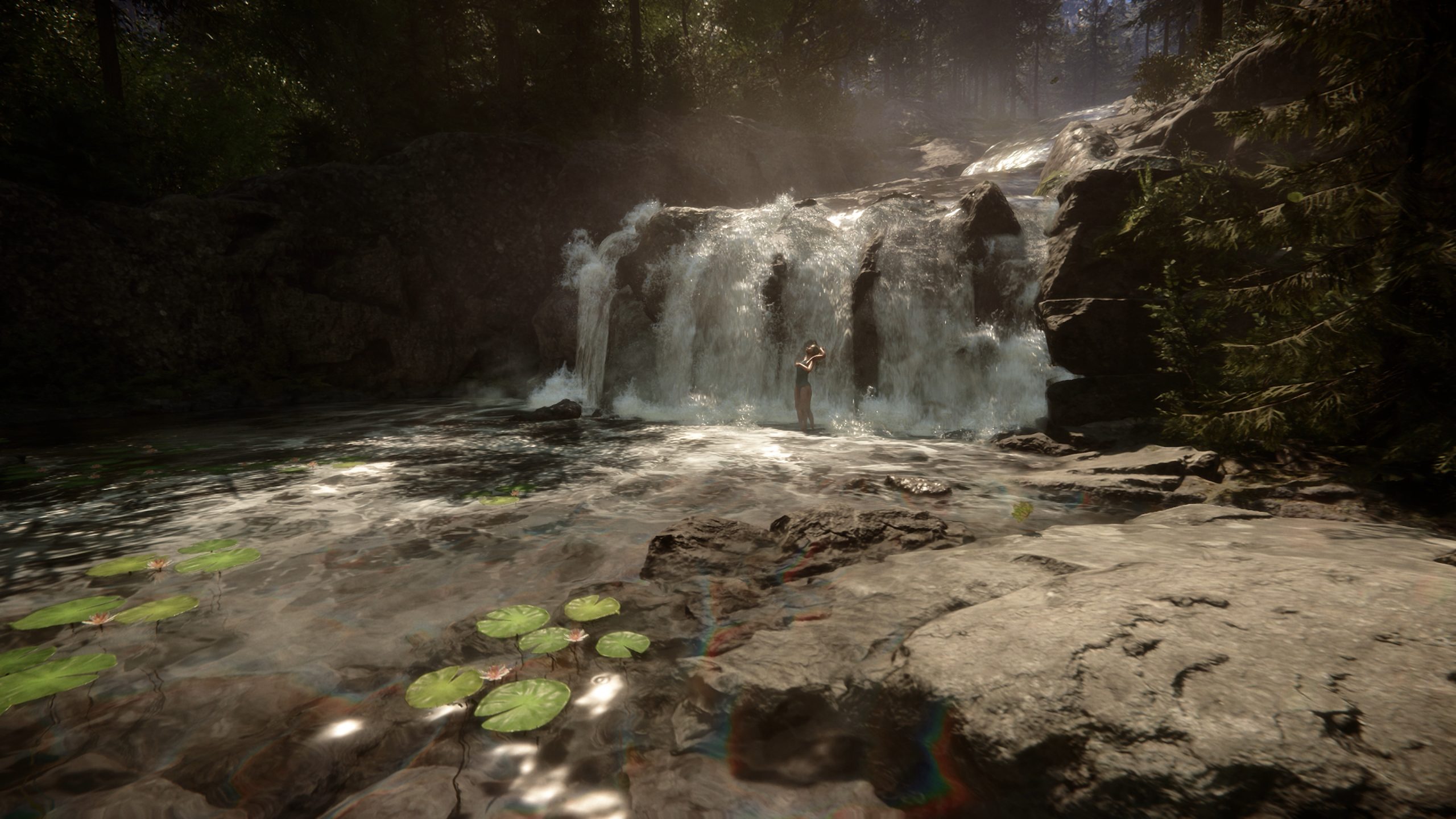 Sons of the Forest Trailers

The very first trailer for Sons of the Forest debuted at The Game Awards in 2019 but in the time since the developers have only released three trailers for the game. You can see all three below.

Sons Of The Forest Gameplay

Beyond what we’ve seen in the trailers above, the steam listing for the game also gives players an idea of what to expect from the sequel, details of which are listed below.

A Survival Horror Simulator – Experience complete freedom to tackle the world how you want. You decide what you do, where to go and how best to survive. There are no NPC’s barking orders at you or giving you missions you don’t want to do. You give the orders, you choose what happens next.

Fight Demons – Enter a world where nowhere is safe and fight against a range of mutated creatures, some who are almost human like, and others who are like nothing you have ever seen before. Armed with pistols, axes, stun batons and more, protect yourself and those you care for.

Build and Craft – Feel every interaction; Break sticks to make fires. Use an axe to cut out windows and floors. Build a small cabin, or a sea-side compound, the choice is yours.

Changing Seasons – Pluck fresh salmon directly from streams in spring and summer. Collect and store meat for the cold winter months. You’re not alone on this island, so as winter rolls in and food and resources become scarce you won’t be the only one looking for a meal.

Co-op Gameplay – Survive alone, or with friends. Share items and work together to build defenses. Bring back-up to explore above and below ground. 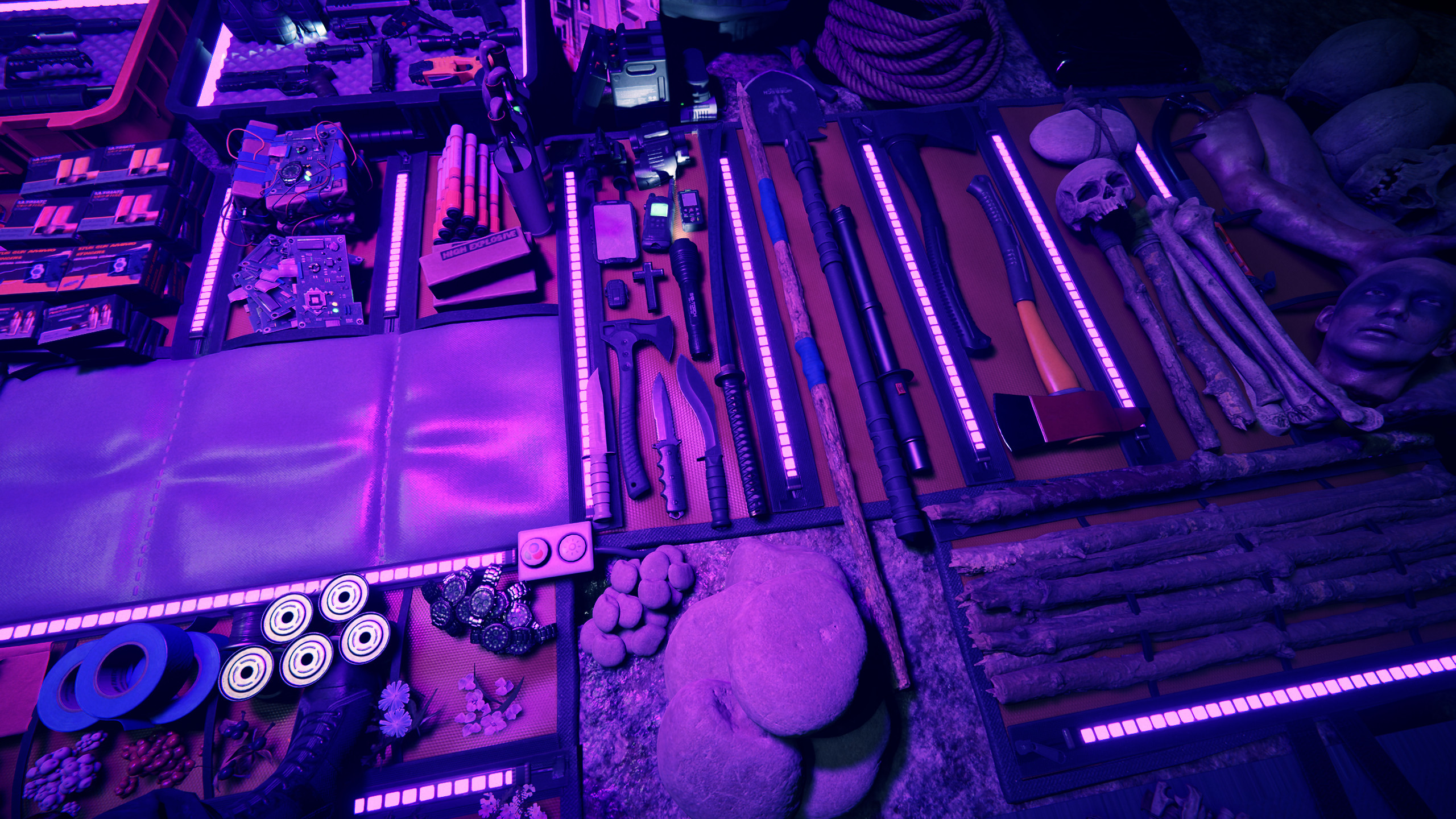 Sons Of The Forest Story Explained

Now if you like the look of Sons of the Forest but want a quick explainer to bring you up to speed on what happened in the first game – The Forest – have a watch of the below video from IGN.

It gives you all the key details you need to know to bring you up to speed in under 5 minutes. What’s unclear, however, is if Sons of the Forest is a direct sequel or a sideways follow-up.

The only official description of the story on the game’s Steam page, reads: “Sent to find a missing billionaire on a remote island, you find yourself in a cannibal-infested hellscape.”Our theory is that the ‘billionaire’ is actually Timmy Leblanc from the first game. At the end of ‘The Forest’ we see that Timmy is investigating the island and on a map is a note which reads Site 2.

We think Timmy has gone to ‘Site 2’ to find answers in the hope it explains why he is suffering from side effects from the Resurrection Obelisk; which previously saw Megan Cross mutate into a horrible monster at the end of the first game.

In the third trailer for Sons of the Forest, we also see an older man shout ‘get down son’, but from the perspective of someone else lying on the floor. We think we’re watching Timmy being defended by his dad Eric (formally the main character from the first game).

Presumably, then, we’re part of a crew sent to the island at the behest of Eric who is looking to locate his son.

That’s everything you need to know about Sons of the Forest. If you’re interested in more games coming to Xbox Series X|S, Xbox One, PlayStation 5, PlayStation 4, Nintendo Switch, and PC in the future, check out some of our other guides just below.

Sons of the Forest 1