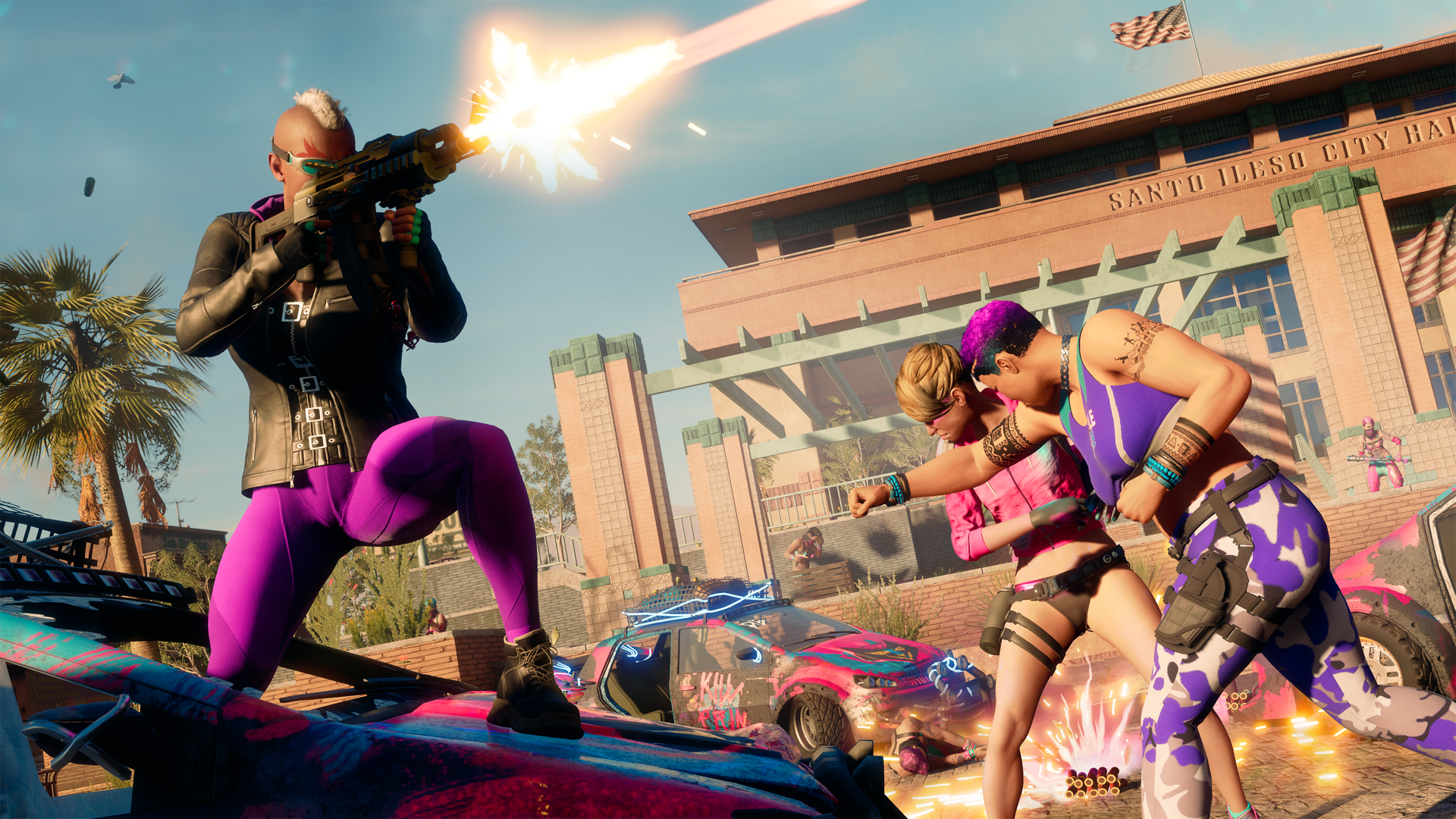 So naturally, when Volition announced that the game was making a grand return after seven years away, I’ll be honest, I didn’t quite know what to expect. A reboot seemed perfectly acceptable, especially since I’m not sure what passed for the Saint’s crude humour back in the 2000s could quite work in 2020. Thankfully, a recent hands-off preview with the team has given fans a clearer idea of what to expect when the game releases later this year.

Since this reboot is a brand new start for the Saints, a lot of what you know and love about the game’s previous characters has more or less been done away with. There will of course be references and callbacks, but this is more or less a clean slate and as such a selection of brand new characters that you’ll have to grow and love.

Although, that second part though might be harder than we first anticipated. There’s nothing inherently wrong with any of the characters we were introduced to, they all just feel like the worst people we can imagine being stuck in a lift with.

For the most part, they’re all so desperate to be funny, with more or less each line delivered with the intention of trying to one-up the character who last spoke. Like having multiple characters constantly competing and clawing for the last laugh. 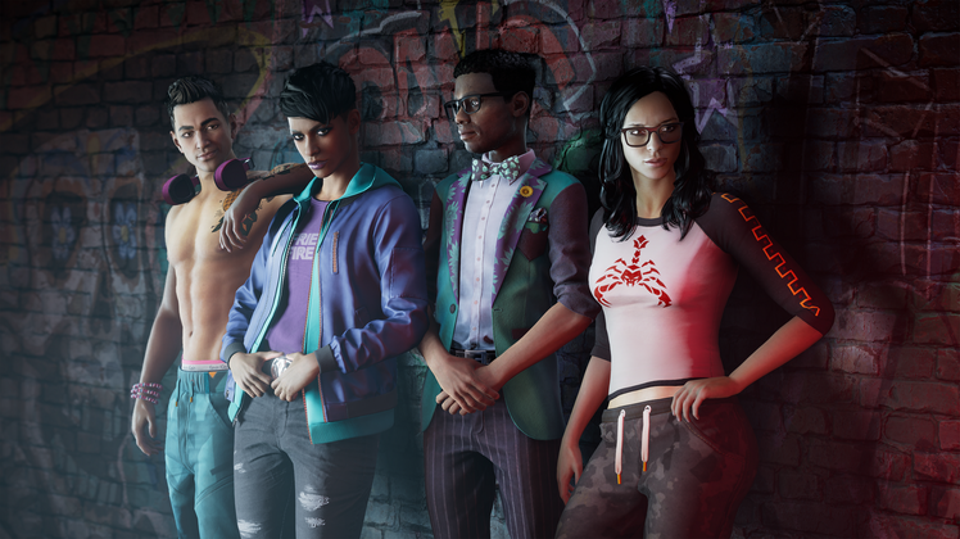 Maybe that was just us, it just felt as though for all the seriousness, the characters still felt like a collection of Barney Stinson’s from How I Met Your Mother, all eager for some #BANTER whilst blowing away rival gangmembers with some massive stonking missile launcher.

The crude humour of the original games had to be replaced with something, and we guess you could say it’s now more akin to Borderlands. Depending on how you feel about that will probably give you an idea of whether you’ll enjoy these new characters with whom you have zero emotional attachment towards.

That said it is also worth mentioning that according to the team things do get more serious as the story unfolds, so it’ll certainly be interesting to see if the characters evolve enough for us to care when the stakes are raised. 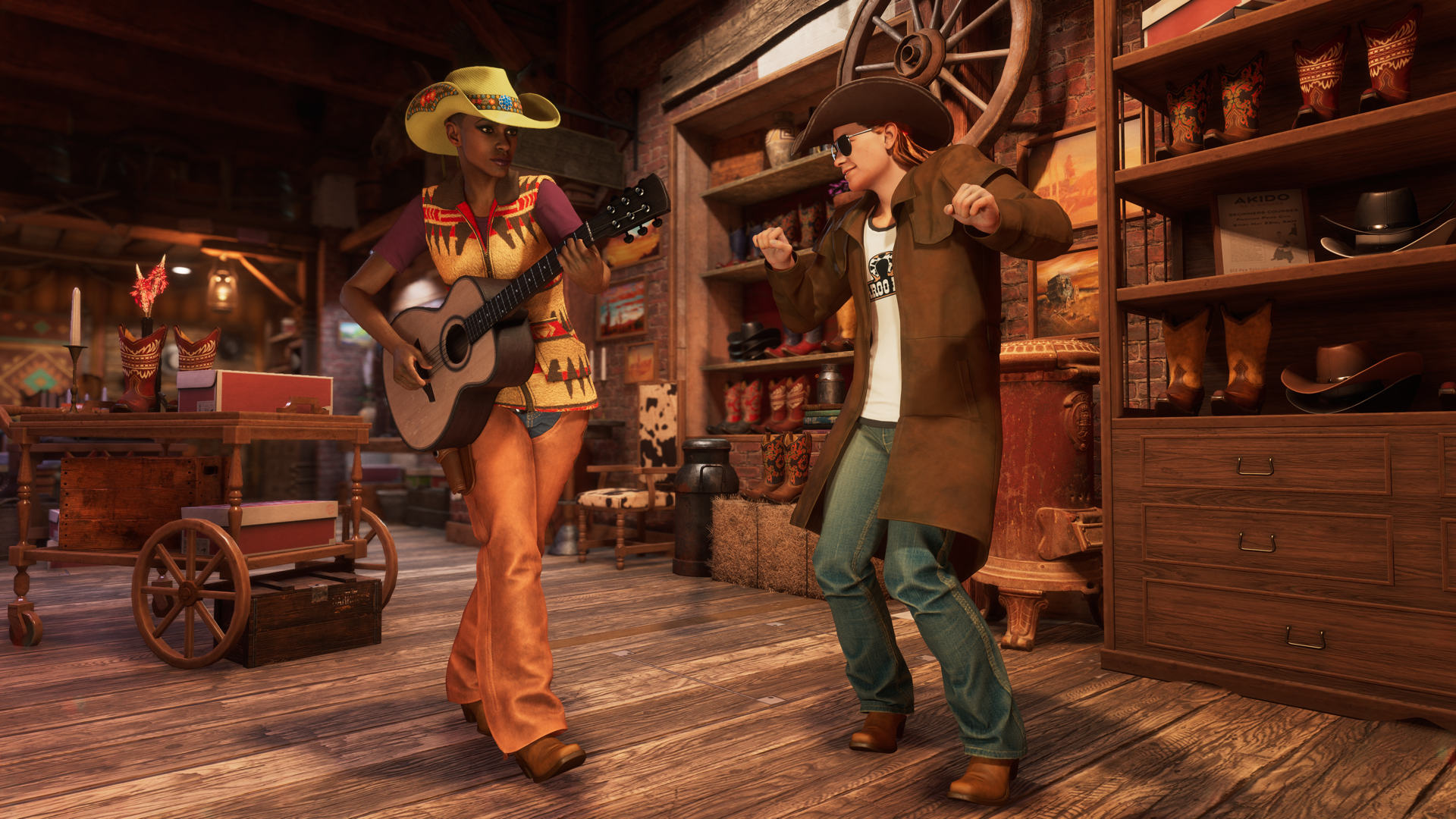 The bigger worry is more to do with the game itself, as most of what we did see from the demo felt like pretty standard fare for an open-world game. Granted, we only saw a couple of missions and the map looks massive, but the more we did see, the more it looked like there wasn’t any great gameplay hook that was going to set Saints Row apart from anything we’ve already experienced before.

For instance, Watch Dogs: Legion felt like a pretty straightforward open-world game, packed with collectables, missions and more. But then it also had a pretty unique hook in letting you recruit random people you meet throughout the city. From youthful punks to unsuspecting grannies, each with their own backstory and useful skills to assist you.

For all its explosive bells and whistles which we saw, our preview didn’t reveal much beyond the wanton destruction which we’d already come to expect from a Saints game. There are a few new features, like the ability to buy and sell businesses which unlock more missions, but it’s nothing we haven’t seen before. 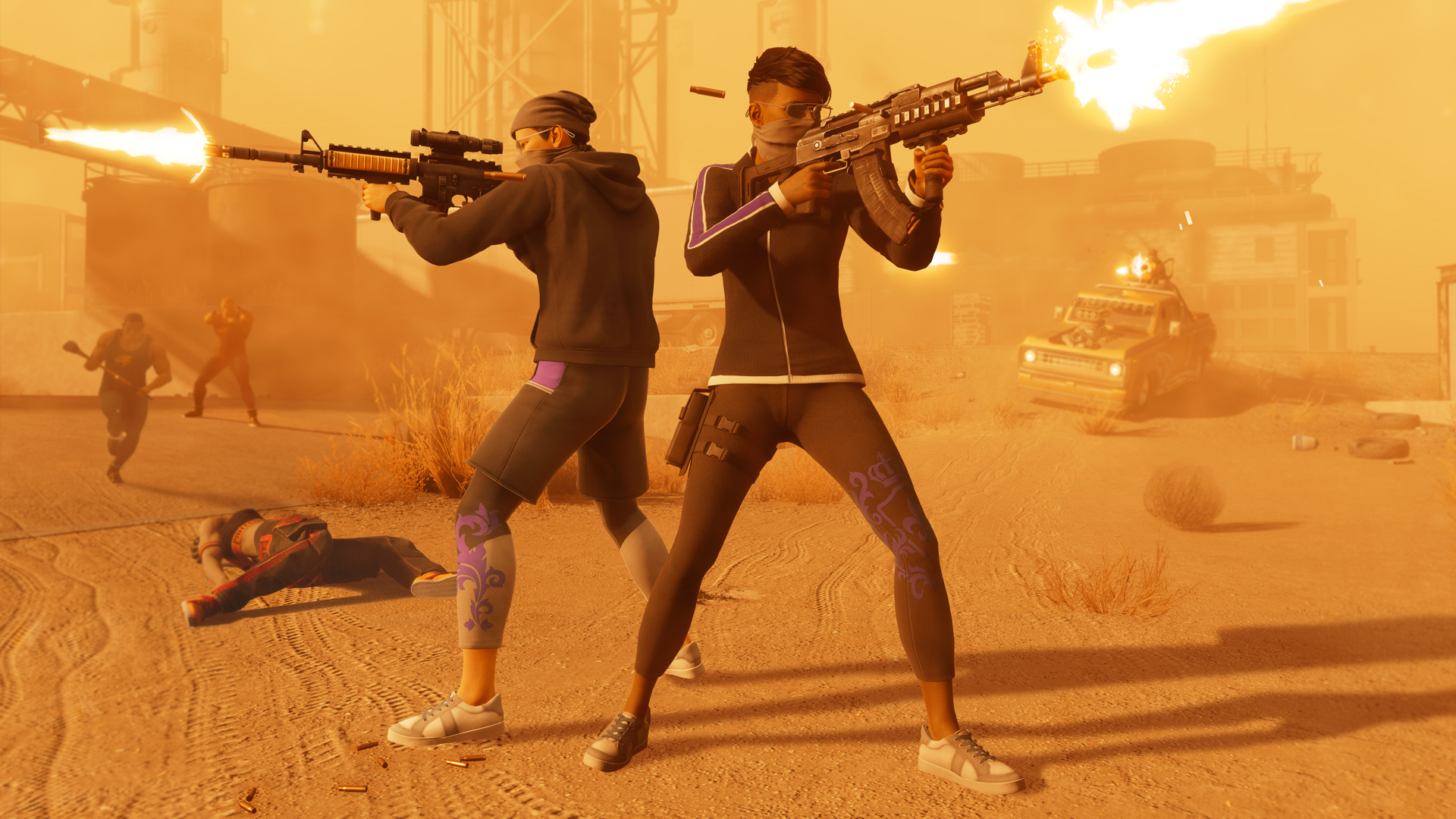 Where Saints Row does seem to shine is those unique little flourishes which help punctuate the gameplay from one moment to the next.

It’s the sort of baked-in silliness that Saints Row has become accustomed to and appears to still be alive and well in this latest offering. One of the better examples of this is easily the new wingsuit mechanic, which allows players to eject out of their seat and glide in midair. But it also gets better, because when you’re starting to lose altitude, you can bonk some poor unsuspecting civilian on the head to soar to even greater heights.

It just looks so perfect and instantly this feels like it could quickly become the defacto way to manoeuvre across the map. Also spare a thought for all those people who spent hours designing the game’s many cars, vehicles and subsequent customisations (of which there are many). You’ve been outdone my friends. Take the L with grace and marvel at the wingsuit. 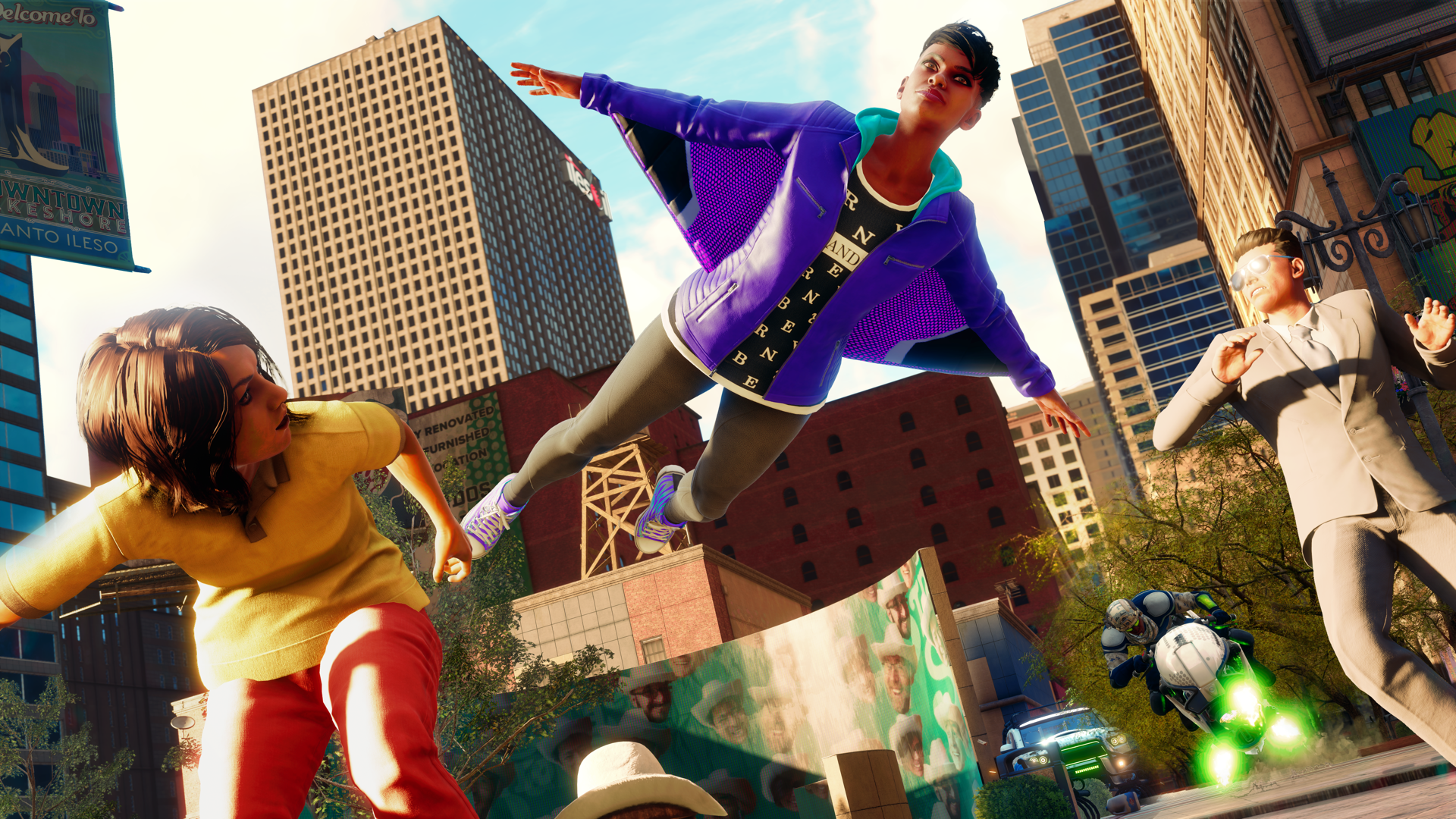 Beyond this, for those who do choose to go the car route, there’s now a new Burnout-esque feature that lets you swipe at cars and send them careening off the road in huge explosive wrecks. Again another neat feature that elevates what looks like some pretty standard driving mechanics with a bit more fun. Like bringing a bit of The Fast & Furious into Saints Row. The car surfing feature also looks pretty neat, ostensively allowing you to climb onto the roof of your car to get a better shot at pursuing vehicles.

These were just a couple of the features we saw during our hands-off demo, but we get the impression there are plenty more yet to be revealed. Whilst the game doesn’t have any grand overarching feature that looks like it will make the game stand out, as long as Volition throws enough bonkers features like these which provide memorable moments, we can probably make our peace with the wider game at large. 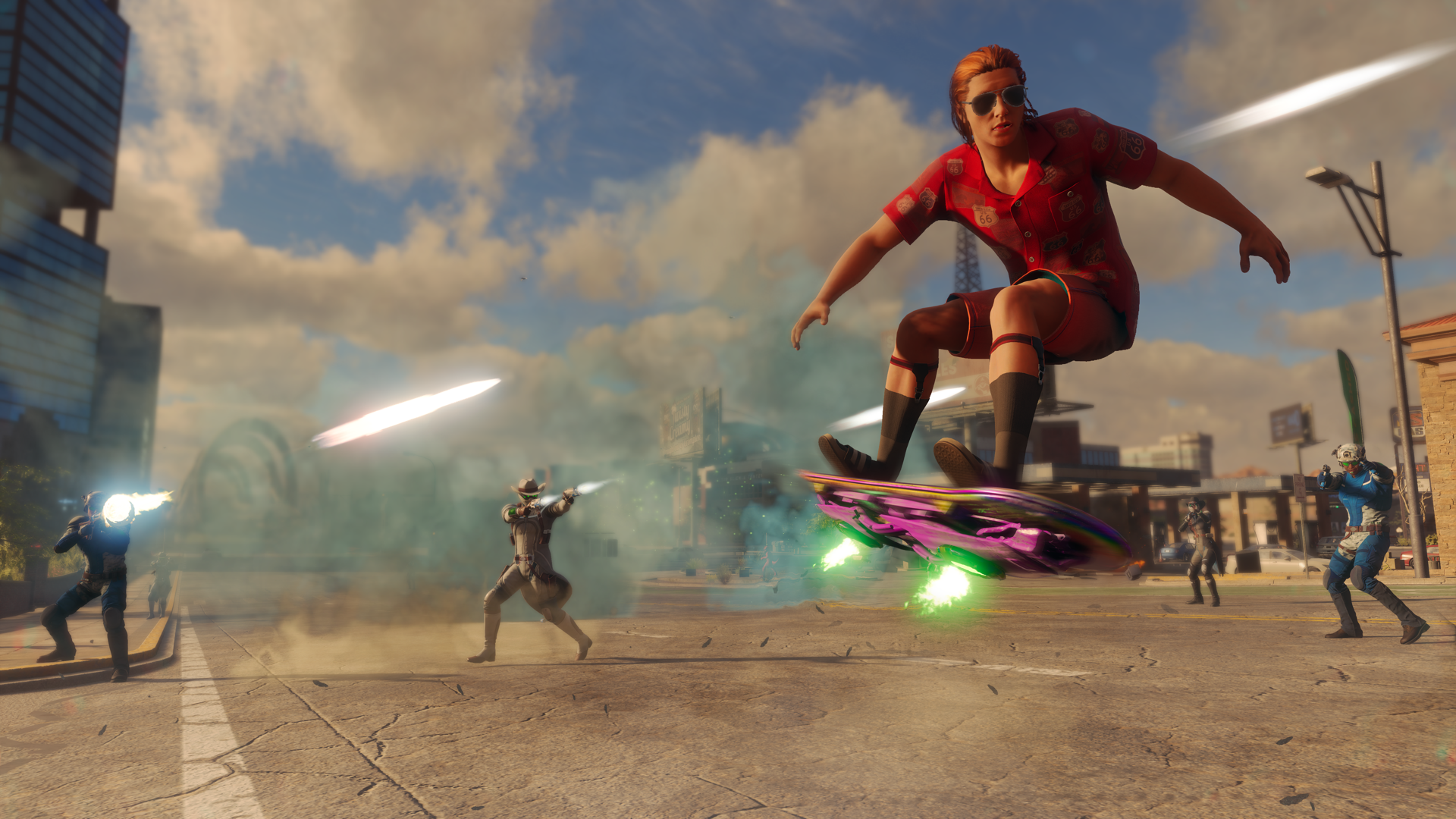 For now, we’re still not sure quite what to make of the new Saints Row. A reboot certainly felt like the right way to go, the question remains whether Volition has done enough to make it feel memorable beyond every other open-world title we’ve seen in the seven years since the Saints last graced our consoles.

Whilst it doesn’t appear like the reboot is going to be doing anything drastically new (for now at least), and also features a collection of characters who feel less memorable and objectively more annoying, there’s still an unwavering commitment to that over the top silliness of the original series which should stand it in good stead. The moment to moment gameplay looks like it captures that sense of wild fun, and for that, it’s sure to be enjoyable for those who played the originals.

Yet it remains to be seen whether this is going to be sufficient for fans who have been desperate for a new entry after such a long time away.