Hot and fresh seasonal goodies, and a sledgehammer. 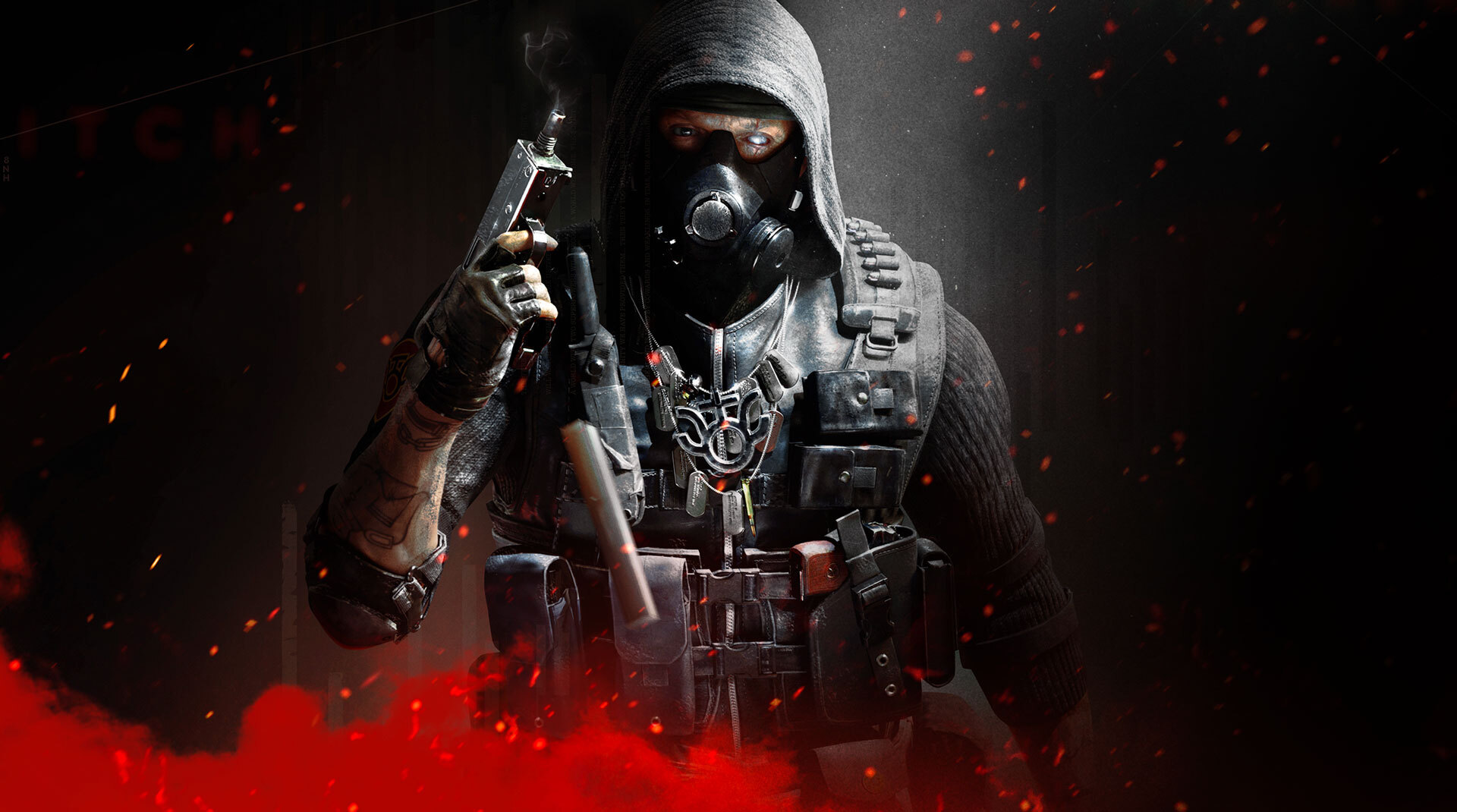 Call of Duty: Black Ops Cold War Season 1 is finally upon us.  Activision kicked things off a day ago, and operators are running wild as they check out the new content.  Haven’t been keeping up to date on the fresh goodies and features that Season 1 has to offer?  Here’s the most noteworthy additions in the update, with some aspects live right now, and more set to launch later in the season. 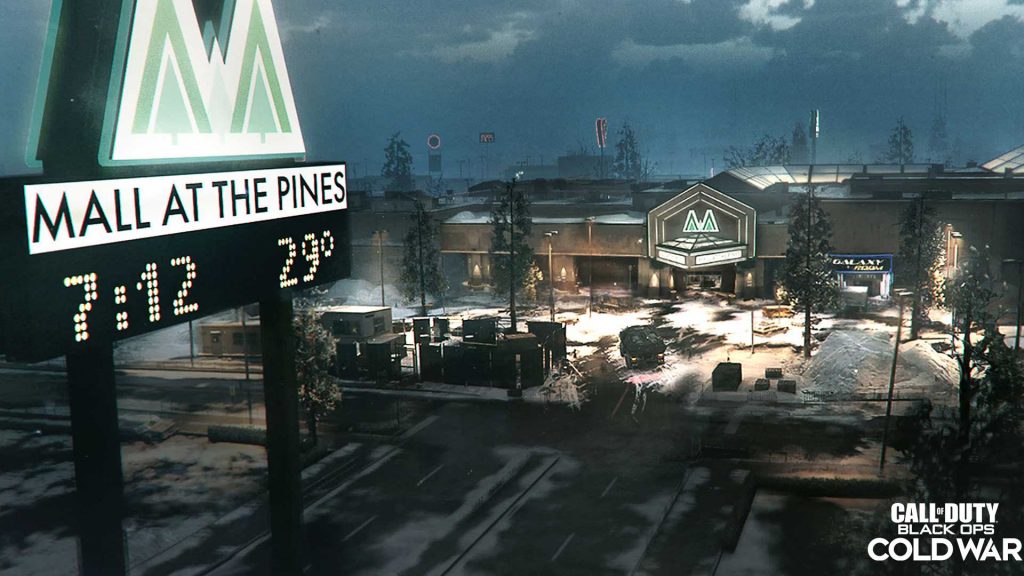 Feels straight out of Stranger Things.

Season 1 is bringing an absolutely massive amount of new maps for players to show off their skills in.  Throughout the course of the season, 8 fresh multiplayer maps will be added into the rotation.  They run the gamut from small locations meant for intense gunplay to wide-open areas for major skirmishes.  The best part is that 7 of the 8 maps will be added into the multiplayer rotation during launch week!

Out of the 8 new maps, 4 of them are focused on 2v2 battles.  Players can enjoy the Game Show map with its TV studio setup, the missile launch facility of ICBM, the mansion-style setting of KGB, and the underground metro tunnels of U-Bahn.  Each of these maps is focused on close-quarters combat that will force you to scramble behind what little cover there is while you take on your adversaries.  There’s not a lot of breathing room in these locations, so make every move count and keep your wits about you.

3 of the maps in Season 1 will play host to 6v6 battles, obviously giving operators a bit more space to work with.  The Pines is an 80s-style mall setting filled with nods to classic shopping center trappings like Radio Shack, arcades, and more.  The fan-favorite Raid map from Call of Duty: Black Ops II makes its return, giving players a chance to dish out damage in a luxury complex complete with a pool area, basketball court, spacious courtyard, and more.  Finally, Nuketown ’84 is getting a holiday makeover for Season One, giving the timeless map a holly, jolly feel.

Later on in the season, Call of Duty fans will be able to partake in some Firefight action on the Sanatorium map.  This Soviet experimental health retreat is surrounded by wooded cover, shrouding this odd facility in even more mystery.  Battle your way in and around the hotel area, a lake, and a dilapidated dock.  There’s even some secret content sprinkled in this map that ties it to Project Golova, a peculiar conditioning trial. 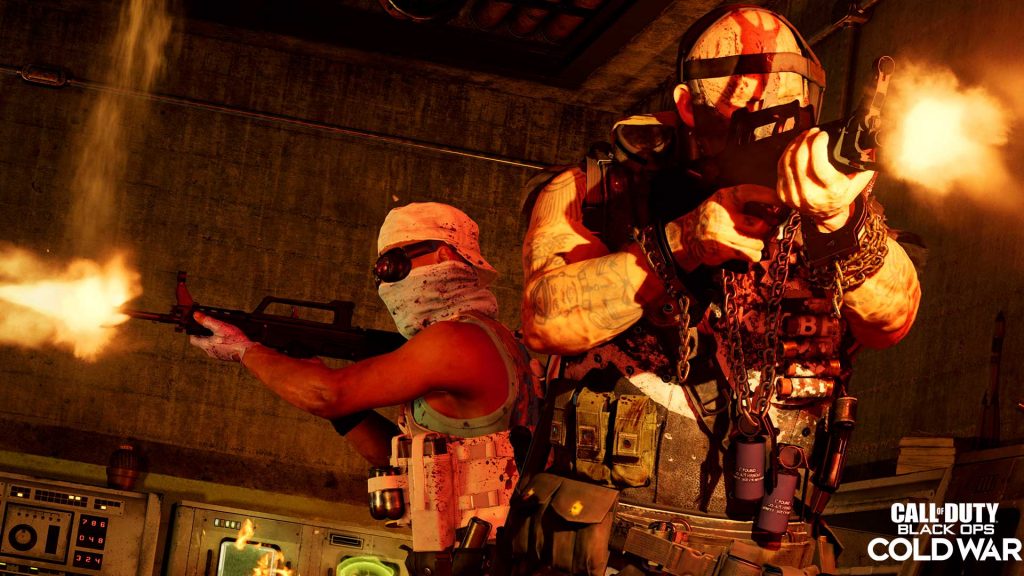 Along with the new maps, Season 1 of Call of Duty: Black Ops Cold War’s multiplayer introduces some new modes as well. Some of these modes will be available within launch week, and others will be implemented as the weeks roll on.

Launch week brings us the Gunfight mode, meant for 2v2 maps.  This is a classic Modern Warfare mode that is making its debut in the Black Ops series.  All you have to do is be the first to take out the other team.  The twist is that you’re given a random weapon loadout, which will no doubt make battles a bit more unique.  A tie will result in an Overtime Flag, and the first team to snag it wins the round.  If neither team gets the Flag, then the team with the most health scores a point.  First team to win six rounds takes home the victory.

Two 6v6 modes are included in Season 1, with Prop Hunt launching right off the bat.  This is yet another fan-favorite mode making a return.  Players are either the Props or the Hunters, with Props disguising themselves as random map items, and Hunters out to discover and destroy the fake Props.  Props can defend themselves with concussive blasts and clone Props, making it harder for Hunters to track them down.  Hunters will have to keep their ears open for a whistling sound, as Props will automatically whistle every 20 seconds to give Hunters a fighting chance.  First to three rounds wins.

The second 6v6 mode is called Dropkick, and it’ll arrive later in the season.  In this mode, two teams are out to be the first to grab a special briefcase.  The briefcase holder gets a super-powered pistol to defend themselves, and the objective is to hold onto the briefcase for your team as long as possible.  Teammates can come in to defend you, and if you hang onto the briefcase long enough, you can call in a nuclear strike to take out the opposition.  The first team to 200 points will be the winners.

Finally, Season 1 operators can enjoy the 12v12 mode Combined Arms: Hardpoint in launch week as well.  This is a traditional king-of-the-hill mode with rotating hill positions, but on a much grander scale.  Swoop in on the Hardpoint, secure the spot for your team, and do everything you can to maintain your position.  The longer you stay in the Hardpoint, the bigger your score gets.  Secure that position with everything you’ve got until the Hardpoint moves, and then race to steal that spot away from the other team. 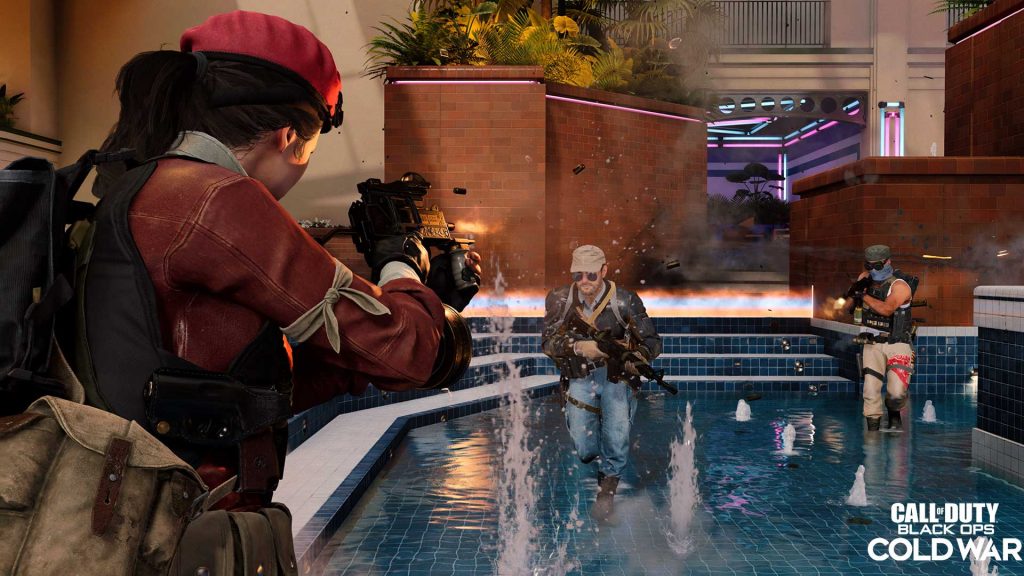 What’s a new Season in Call of Duty without a weapon refresh?  Season 1 packs in 5 new ways to mow down the enemies, and there’s different firepower for multiple situations.  Finding what works best in each mode and map is the key to becoming an unstoppable operator.

Launch week for the Season adds in the MAC 10 SMG, which sports an automatic fire rate that dishes out moderate damage, all while packing improved handling speeds.  You’ll also get to go hands-on with the Groza Assault Rifle in launch week, which is a fully automatic assault rifle with a seriously fast firing rate and damage to match.

Coming later in the season is the Streetsweeper Shotgun, which has the fastest fire rate in its class.  It’ll do slightly less damage than some other boomsticks, but it’s an easy-to-control weapon that can still take out multiple enemies with just a couple blasts. You can also get up-close-and-personal with the Sledgehammer and Wakizashi, two melee weapons coming this season.  The Sledgehammer may take a bit of wind up to swing, but when you connect with an enemy, it’s absolutely devastating.  The Wakizashi is for those who like to move quickly, as you can dash by enemies and get in a few slices that are sure to leave them hurting.

Activision has also announced two new tools for Season 1, with one of them debuting at launch and the other coming somewhere down the road.  Right out of the gate, operators can use the H.A.R.P. Scorestreak, which is a stealth aircraft that’ll reveal enemy locations and the direction they’re moving in.  Later in the season, you’ll gain access to the Tactical Raft, which is meant for quick passage through waterways for you and your teammates. 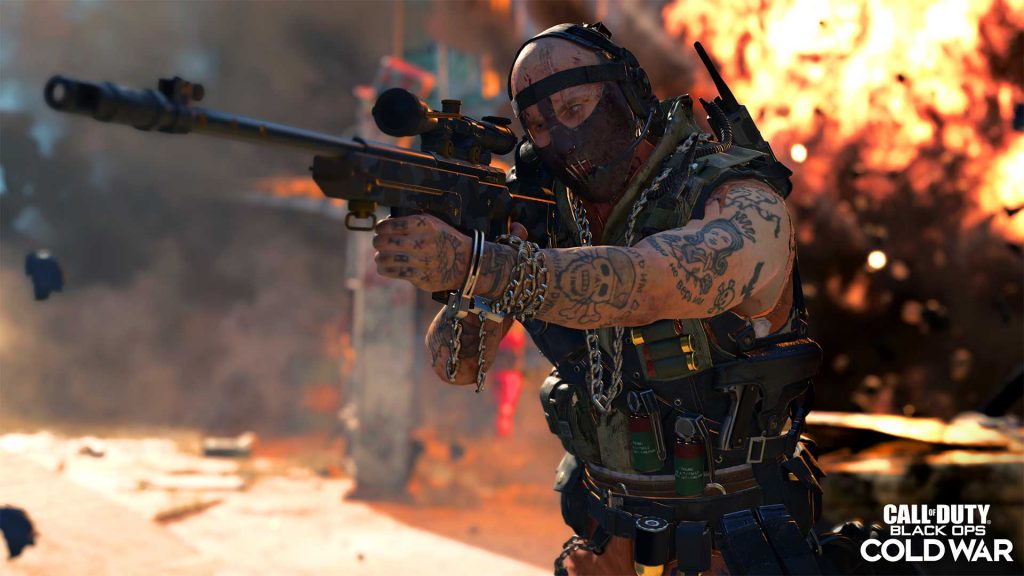 Looking to change up your Operator this season?  There’s three new options included this time around, with one of them accessible right at launch.

Vikhor “Stitch” Kuzmin, a former KGB chemical weapons expert, can be yours at the start.  Kuzmin was handling some research when his location was raided by the CIA, which led to capture, questioning, and the loss of an eye.  Things only got worse for Stitch from there on out, as he was sent to the Gulag by the Soviets for his failures.  Stitch was eventually sprung from prison with some help from Perseus, who put him to work on crafting the nerve agent “Nova 6”.

Later in Season 1, you’ll be able to check out both Bulldozer and Zeyna.  Bulldozer is a member of a US Marine Corps Special Reaction Team who specializes in CQB and hostage rescues, and  Zeyna is a Mobility and Heavy Weapons specialist who has quite the affinity for all things vehicular. 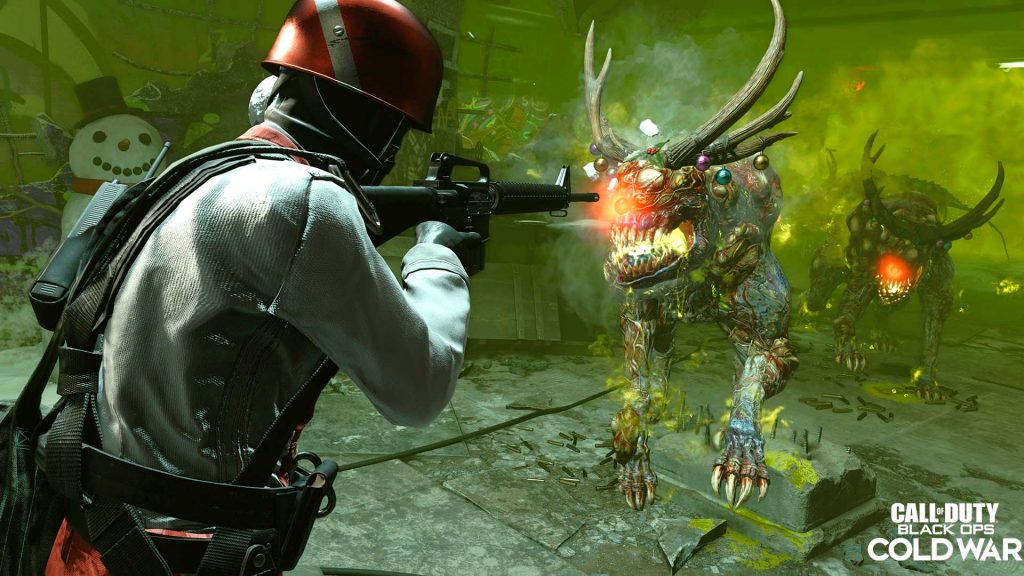 Last, but certainly not least, Season 1 brings with it two more Zombies modes.  Both are limited-time modes, so make sure to enjoy them while you can, as they’re not going to stick around long.

Launch week brings operators Jingle Hells, which gives the Die Maschine map a Wintery makeover.  The decorations might be hung with care, but don’t let the festive setting fool you.  The zombies are still ready to rip you limb from limb.  Take them out with some fancy holiday-themed weaponry, including snowballs that freeze zombies in their place.  There’s even presents to open and snowmen that hide secrets inside!

After that, Zombies fans can look forward to the Cranked limited-time mode.  This mode is all about the timer, which constantly ticks down.  If you rack up the zombie kills quickly, you’ll get a nice time buffer for some breathing room.  The longer you go without a kill, the further your timer ticks down.  Grab the Cranked power-up to help you fend off the opposition and put some precious seconds back on the clock. 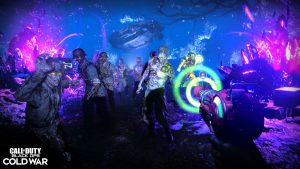 Cold War’s Zombies mode is one of the toughest iterations yet, and you can find yourself overwhelmed in an instant.  Thankfully, we’ve got a few tips and tricks to help you fight your way through the undead hordes. 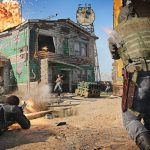 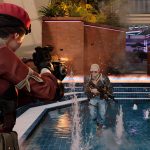 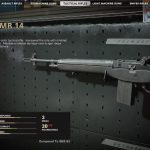 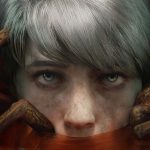 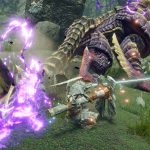 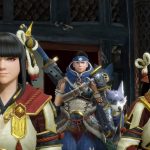