Many Shades of Morality, but One Big Choice: Paragon or Renegade? 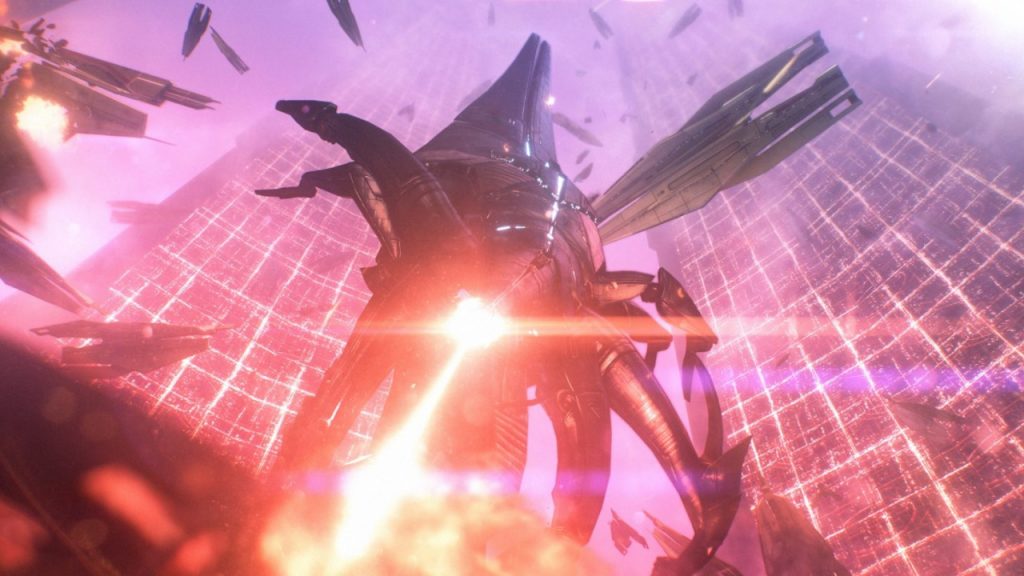 One of the calling cards of the Mass Effect series is the way it shades even the most heroic characters in levels of gray. Your dialogue choices absolutely have an impact on the story, which is a big reason that BioWare became such a beloved name during the franchise’s heyday.

Despite that, you’re better off choosing to align with either the Paragon or Renegade route as quickly as possible and sticking with it through all three games. It’s arguably harder to be a Paragon, which lends itself to diplomatic solutions and talking before fighting, but both paths have their rewards.

Committing to Paragon or Renegade rewards you with extra dialogue options and opens chances to charm or intimidate other characters (take a guess at which ability goes with which alignment). Pick one and go with it. You can always start another save to explore the other path in future.

You Can Romance Lots of Characters Throughout Your Adventure 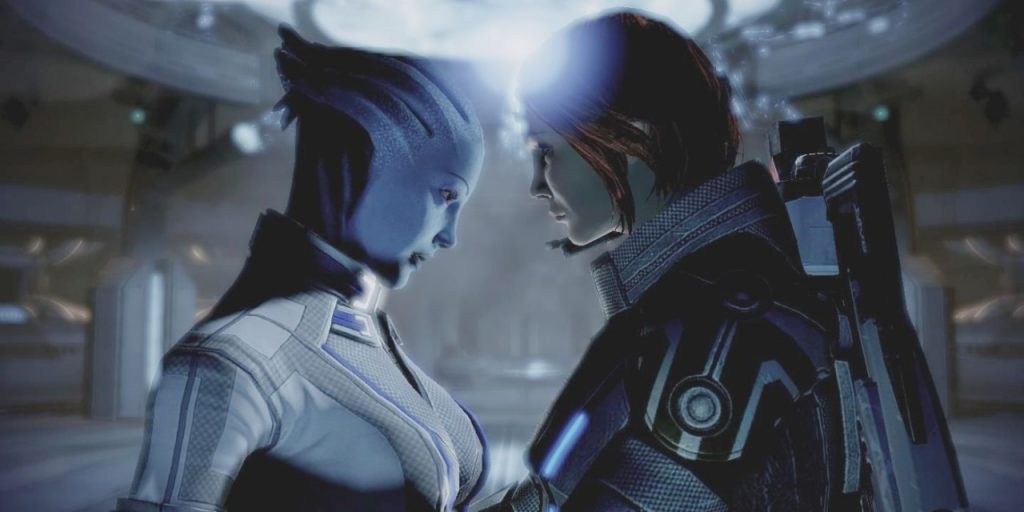 There are a *lot* of opportunities for romance for those that want to partake.

The team at BioWare was ahead of its time in terms of serving up romantic options for your Shepard, particularly in Mass Effect 2 and 3. Whether you decide to go with a male or female Shep, rest assured that you’ll be able to become more than just friends with plenty of characters (and species, for that matter), though same-sex relations are sadly a far more limited affair.

Going through the hows and whys for each potential romantic partner would take thousands of words, but the most important thing to keep in mind is to react positively to anyone that strikes your fancy as often as possible. Even if it turns out they’re not a romanceable character, at least you’re being nice. You’ll find that some serious relationships will lock you out of multiple romances, while other brief flings leave you open to explore the galaxy map of love. Experiment and you’ll even discover some pairings that stand the test of time — or at least the jump from one game to the next.

Combat is Real-Time, but With Some Traditionally Turn-Based Options 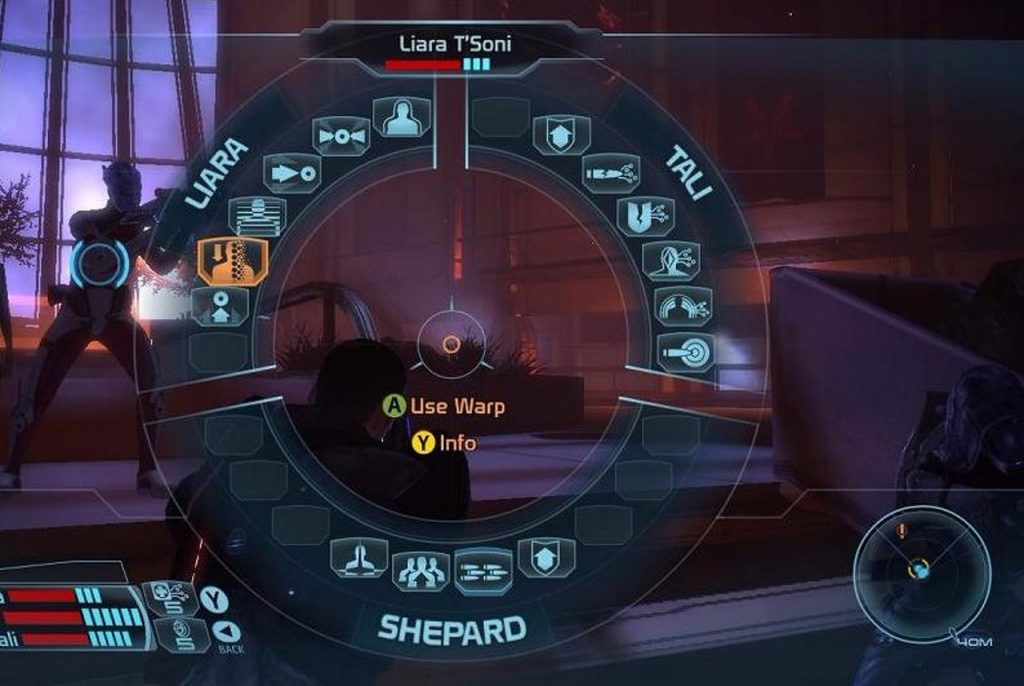 Get familiar with the Power Wheel and add some tactical flair to your combat.

Gamers have been conditioned over the years to expect every RPG to neatly fall into the real-time or turn-based combat buckets. Mass Effect bucked that trend big time, because while the battles absolutely play out in real time, you have strategic possibilities that aren’t often found in those types of titles.

The biggest way this plays out is by using the Power Wheel (on consoles) or HUD Screen (on PC) to pause the action and issue orders to your squadmates. Want them to focus fire on one enemy or use specific abilities? You can direct them to do all of that and more. You’ll definitely want to practice use of this function, as it’s essential in all but the easiest fights. 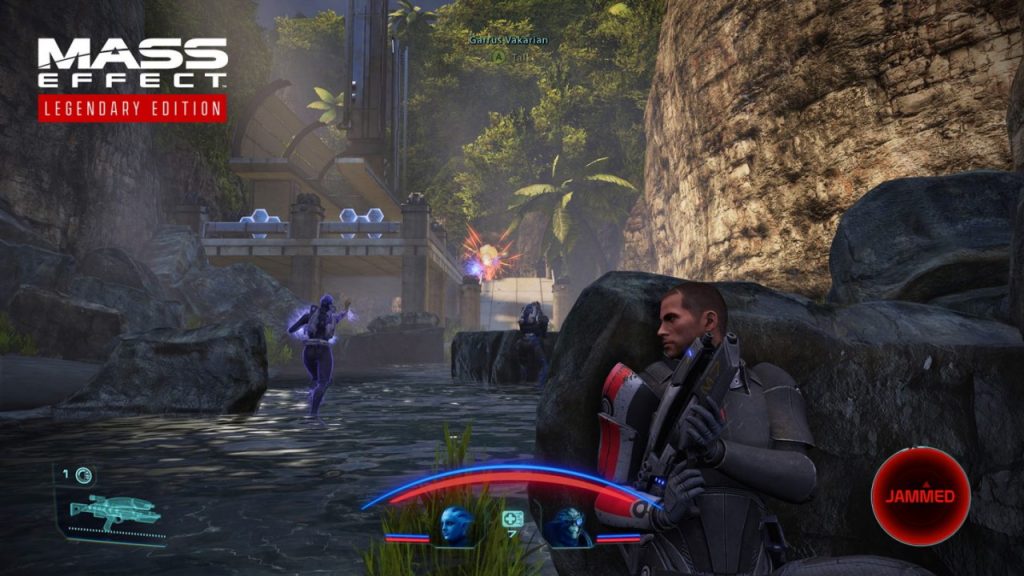 In gunfights, cover is your friend!

It’s very easy to get swept away by the narrative in Mass Effect Legendary Edition. The story is as grand in scope and execution as any in video game history. But there’s a lot more to do than plow through it, particularly once you get to the sequels. It’s a great idea to spend time on side missions when you can. These gain you experience, sure, but also help to flesh out backstories for both NPCs and the universe at large.

The benefits for side missions really come to the fore in Mass Effect 3. Why? Without spoiling the story, you’ll find yourself preparing the entire galaxy for a massive threat. In the original release, part of this was accomplished via multiplayer activities. But in Legendary Edition, Galactic Readiness is based primarily on how much content you’ve played through overall. We strongly recommend tackling as many missions as you can, as that devotion will likely pay off in earning one of the best available endings to the series. 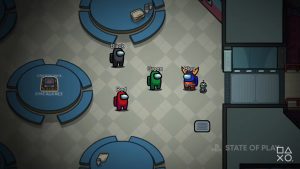