How to Play Escalation Protocol with More Friends in Destiny 2

Increase your odds of clearing Escalation Protocol Level 7 by getting more friends into the one area!

Warmind is the latest piece of content to hit Destiny 2, and Guardians all over the world are scrambling to experience every activity possible. Though the hardest adventures in the game are raids, Escalation Protocol is giving them a run for their money. Because the maximum amount of players in a Fireteam is three, everyone’s looking for a way to get more friends into one Escalation Protocol activity – the good news is that it can be done!

How to Play Escalation Protocol with More Friends 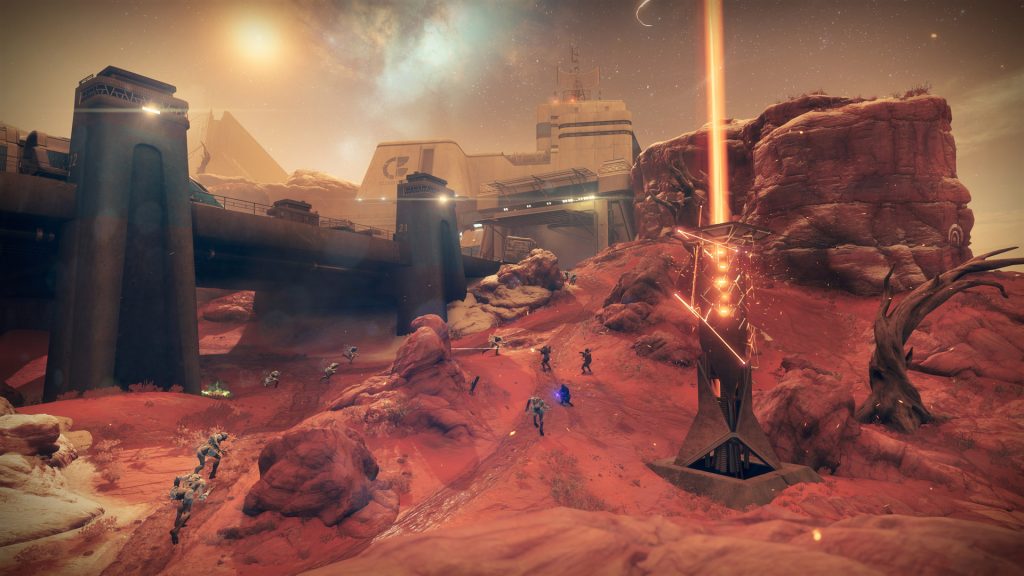 The Escalation Protocol takes place in the new Patrol zone, Mars, which means there can be a maximum of nine players in the area. Unfortunately, party size is limited to three players, making it difficult to organize and strategize with a large group of friends. However, there is a way to force Destiny 2 to match you together with your friends, even if you’re not in the same Fireteam.

How this works is fairly simple. By having everyone load into Mars as a solo player, Destiny 2 will try and matchmake people together. If you load in and don’t see anyone else, using the fast travel points forces Destiny 2 to try and match you again. When enough friends enter the same instance as one another, then everyone else can stop trying to force the matchmaking system and just join their friends!

While it is a bit tedious having to fast travel back and forth, the end result of having eight other players you can rely on makes Escalation Protocol significantly easier – especially when you can communicate with them. For that job, you can’t go past the Stealth 600 for crystal clear wireless chat!

Now that you’ve got all your friends in the same Patrol zone, activate the Escalation Protocol and get ready to fight tooth and nail to reach level seven! It’s also a good idea to go and unlock the Sleeper Simulant to help you blast away the bosses’ health.