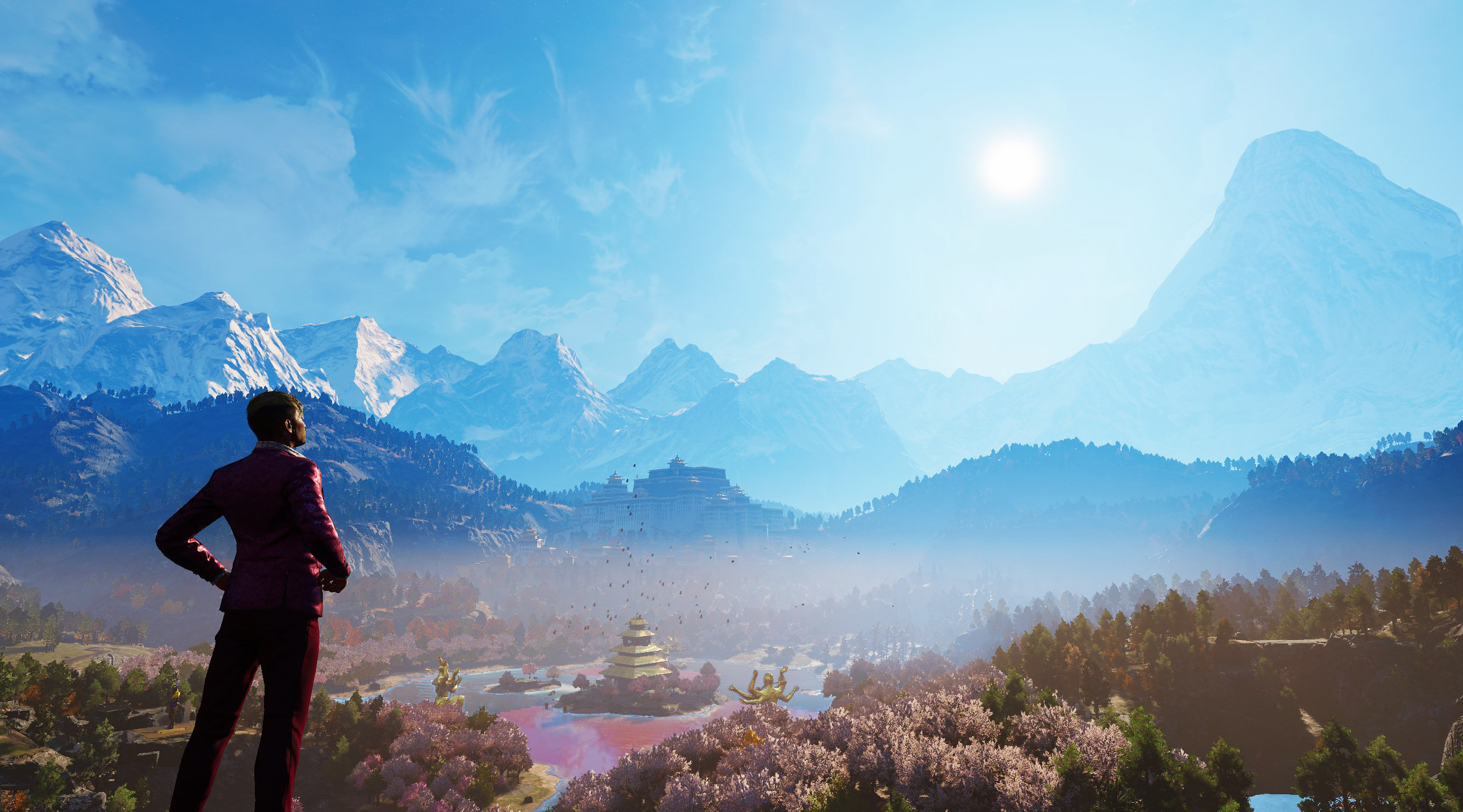 The next villainous chunk of Far Cry 6 DLC, Control, has just dropped, and it features the egotistical antagonist from the fourth game, Pagan Min. Only this time, you actually play as Min himself. The DLC may be a bit challenging for players unfamiliar with the newly introduced systems, but it’s well worth playing. Here’s a quick guide on how to get started in Far Cry 6: Control.

This Ain’t Your Normal Far Cry 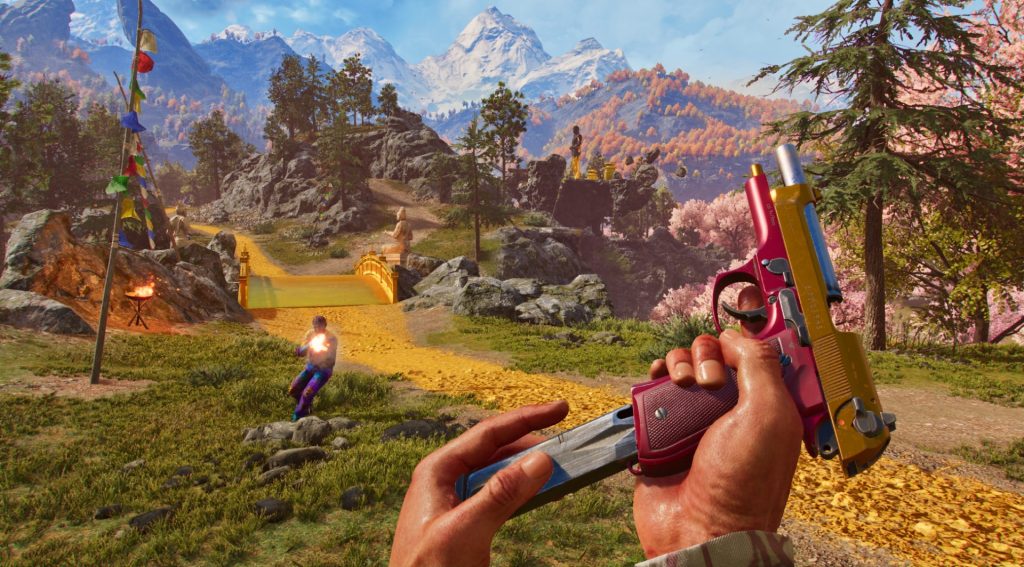 Much like Vaas: Insanity, the Control DLC brings an unconventional structure for the Far Cry series.

If you haven’t played the Vaas: Insanity DLC, then you’ll first want to familiarize yourself with the new format. While Control is still an FPS, the developers have designed the game to be similar to that of a roguelite.

That means that when you die in the game, you lose (basically) everything and have to restart. There are some items and pieces of information that carry over, but in general you’ll need to play much more conservatively than with the base game.

Locations you uncover on the map will carry over between your runs, as well as permanent power ups you purchase or discover. Outside of the pistol you receive at the start of the DLC, however, guns do not carry over between runs.

If you ever feel like you’re more lost than you should be, sticking to the golden path will get you to most places you need to go in this DLC.

Focus on Upgrades That Carry Over 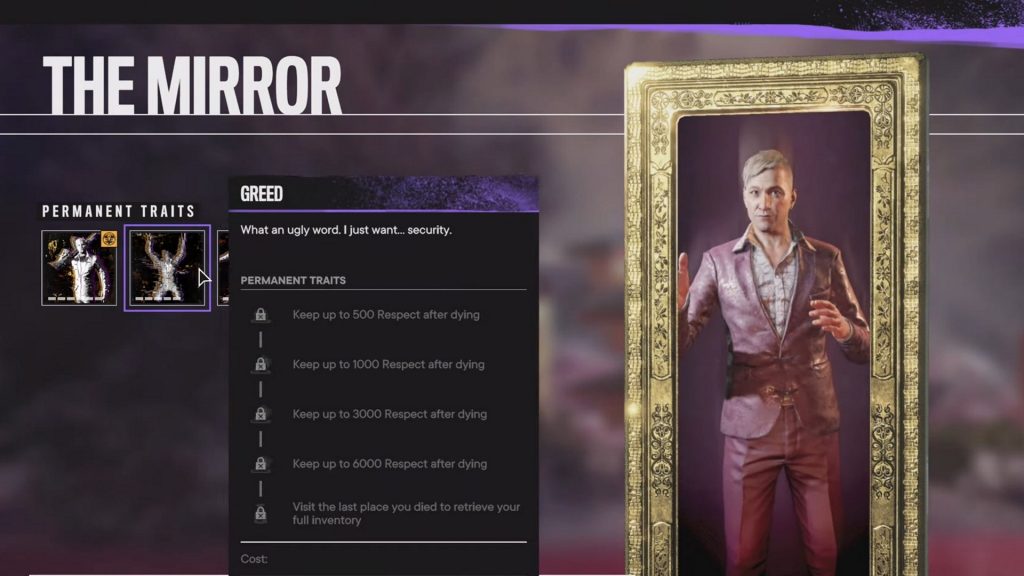 Greed is the most important tree to invest in early.

The bulk of actions in Far Cry 6: Control give the player Respect. Think of Respect as the game’s currency (if you played Vaas: Insanity, Respect is the same as cash). You can use Respect to buy weapon cases in the armory and also purchase upgrades at the mirror.

While it may be tempting to focus your spending on getting better equipment, you’ll actually want to buy mirror upgrades that carry over between rounds. In roguelites, you want to focus on making each successive run easier than the last, rather than maximizing each individual run in that moment.

The Mirror has five traits that carry over between rounds:

Focus your upgrades on the Greed tree first — being able to hold on to your Respect between rounds will make it easier to play the entire DLC.

At the end of the Greed tree, you also get a perk that marks the location at which you last died on your map. Visit it and you pick up your entire last life’s inventory. While doing that, pick up the first Sloth trait as well in order to get another healing syringe. 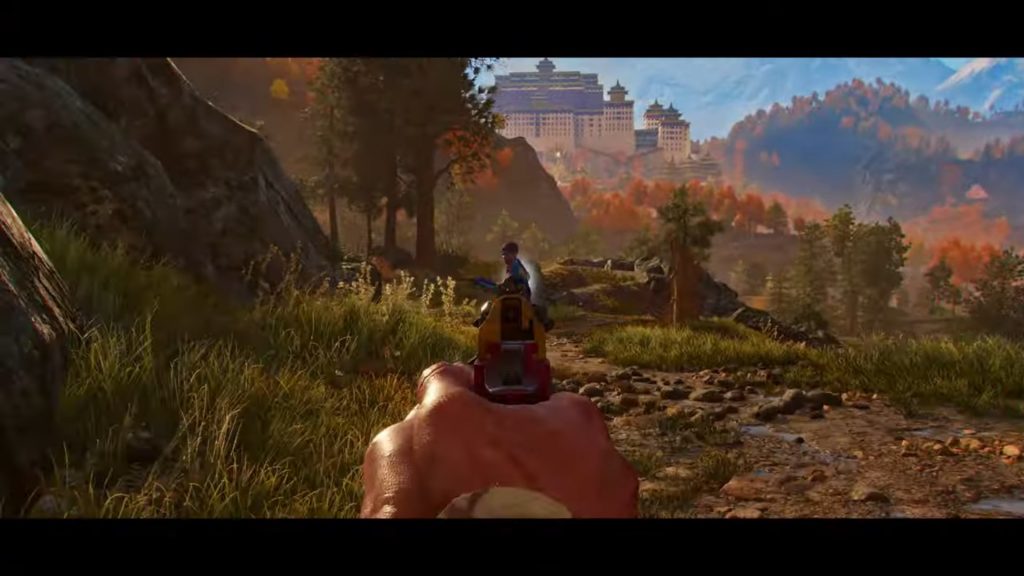 A pistol will work for a while, but you’ll want to unlock the sniper rifle quickly.

In order to progress past the starter pistol, you’ll need to complete a series of Armory Challenge missions. There are a total of eight different missions, each one of which unlocks a new gun which can later be modified at the armory.

Missions revolve around activating a chest in front of a large shrine, then defending the immediate area from a wave of enemies. Afterwards, you can unlock the chest to add the weapon to your armory. Weapon unlocks save between rounds, but you will need to buy the weapons case in each run.

You can pick and choose which weapons work best for you, but in terms of survival you’ll want to unlock the sniper rifle as soon as possible. Its challenge is located just off the golden road on the far right and middle side of the map.

So yes, we just said you should prioritize the Greed trait tree, and that’s still true! A good detour, however, would be upgrading the Sloth tree until you unlock the grappling hook, wingsuit, and parachute.

There’s a lot of hoofing it around this map, and there’s no fast travel outside the few fast travel doors. Having the wingsuit will help you get around, and the parachute can save your run if you accidentally fall off a cliff. You can get the trait that unlocks all these goodies fairly early in the DLC, and it’s well worth the trouble. 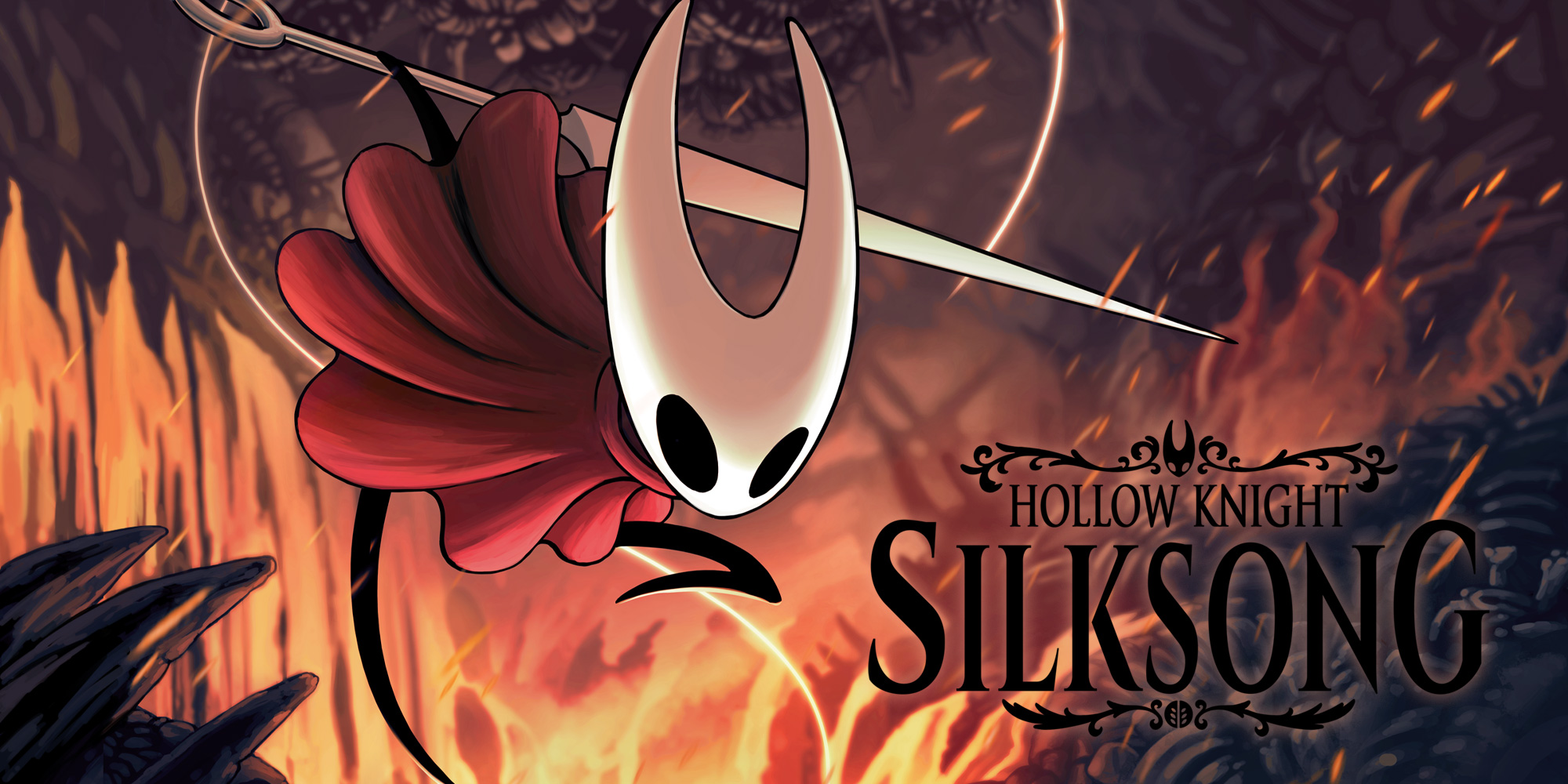