How To Get Diablo 3 Angelic Crucibles 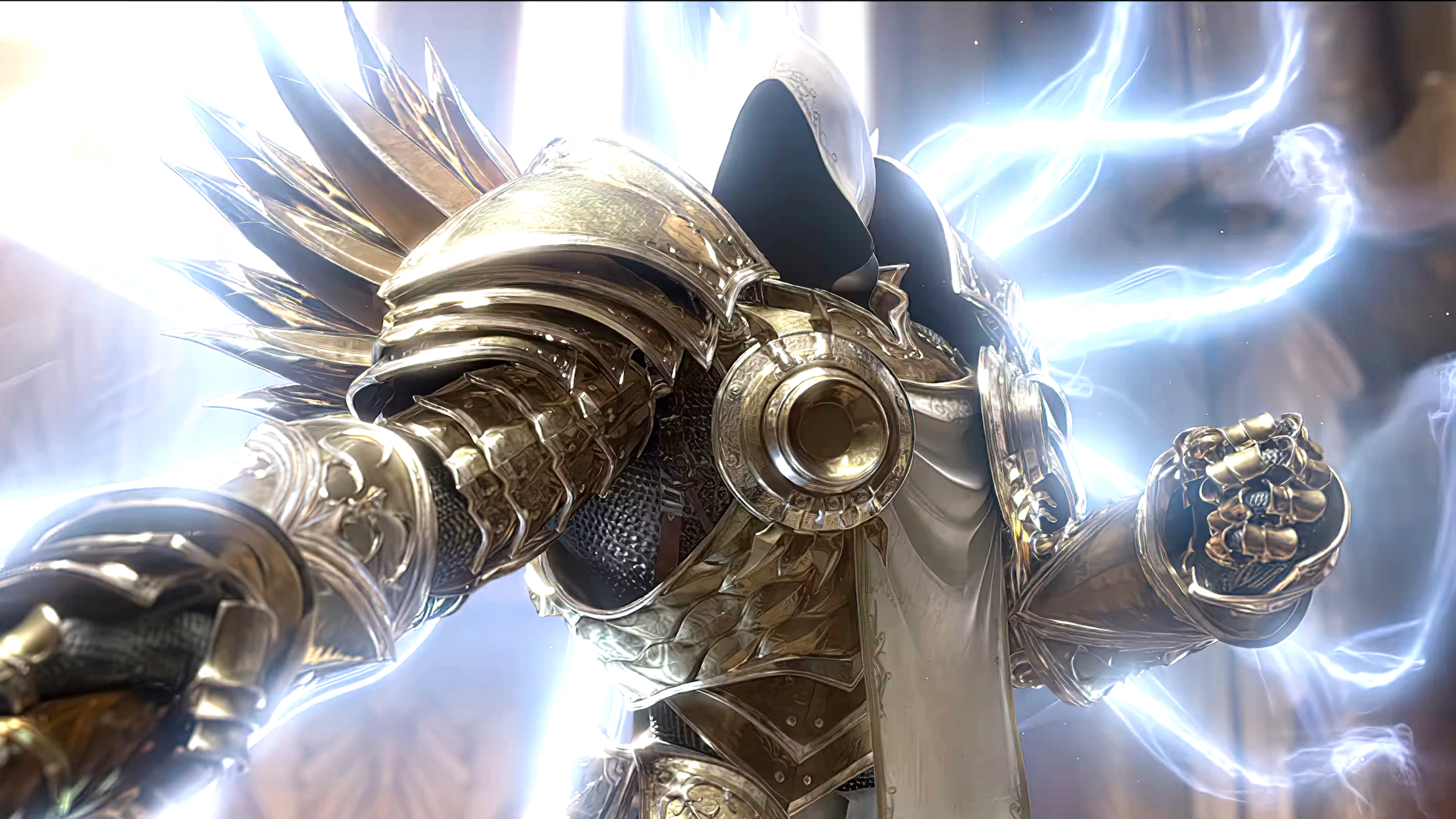 As has become tradition, Diablo 3 players are gearing up for a new season which promises to bring a brand new theme to the game over the next three months.

In previous seasons we’ve had everything from Soul Shards to Ethereal weapons, all adding various ways to enhance and buff players’ builds in strange and interesting new ways.

For Diablo 3 Season 27, players will be able to use ‘Sanctified powers‘ for some unique class-specific powers for players to utilise too.

However, gaining these new powers isn’t as simple as a quick change to equipment slots, you’ll first need to earn Angelic Crucibles. Read on and we’ll explain everything you need to know for Season 27.

How Do Angelic Crucibles Work in Diablo 3 Season 27

Season 27 introduces Angelic Crucibles as a new type of consumable item which you will need to collect in order to Sanctify any equippable Legendary item; essentially adding class-specific buffs to your legendary item.

“We wanted to use Angelic Crucibles to lean into the expertise of each class, further exemplifying its respective prowess, but through a nuanced lens,” the dev team explained on their seasonal blog post.

Without these Angelic Crucibles, there’s no way to earn the Sanctified Powers which will help take your class builds power creep to the next level.

As was the case with Ethereal items and Soul Shards, Angelic Crucibles and Sanctified items can only be acquired in Seasonal play and will not transfer to your non-seasonal character when the season ends.

There are also a few other rules you need to know about, as explained by the Diablo 3 dev team:

How To Get Angelic Crucibles In Diablo 3 Season 27

They should be easy to spot when they do drop since they’ll provide a shiny white beam of light which heads upwards towards the heavens. You can see an example of this on the screenshot below, which is by Blizzard Forum User Kirottu on the PTR.

For those concerned about drop rates, don’t worry. After a series of complaints about low drop rates during the Diablo 3 Season 27 PTR, Blizzard has announced in their latest Diablo 3 Patch Notes that they have doubled the drop rate of Angelic Crucibles, which should make earning them a lot easier during season 27.

Since Angelic Crucibles drop anywhere, there is no ‘best’ farming spot per se. It’s a bit like Ramaladni’s Gift in that regard.

The best thing players can do if they want to try and farm Angelic Crucibles is to find a Greater Rift level that you can run on max level but complete within 2 to 3 minutes. That will give players roughly 10-20 Greater Rifts per hour and plenty more opportunities for Angelic Crucibles to drop. 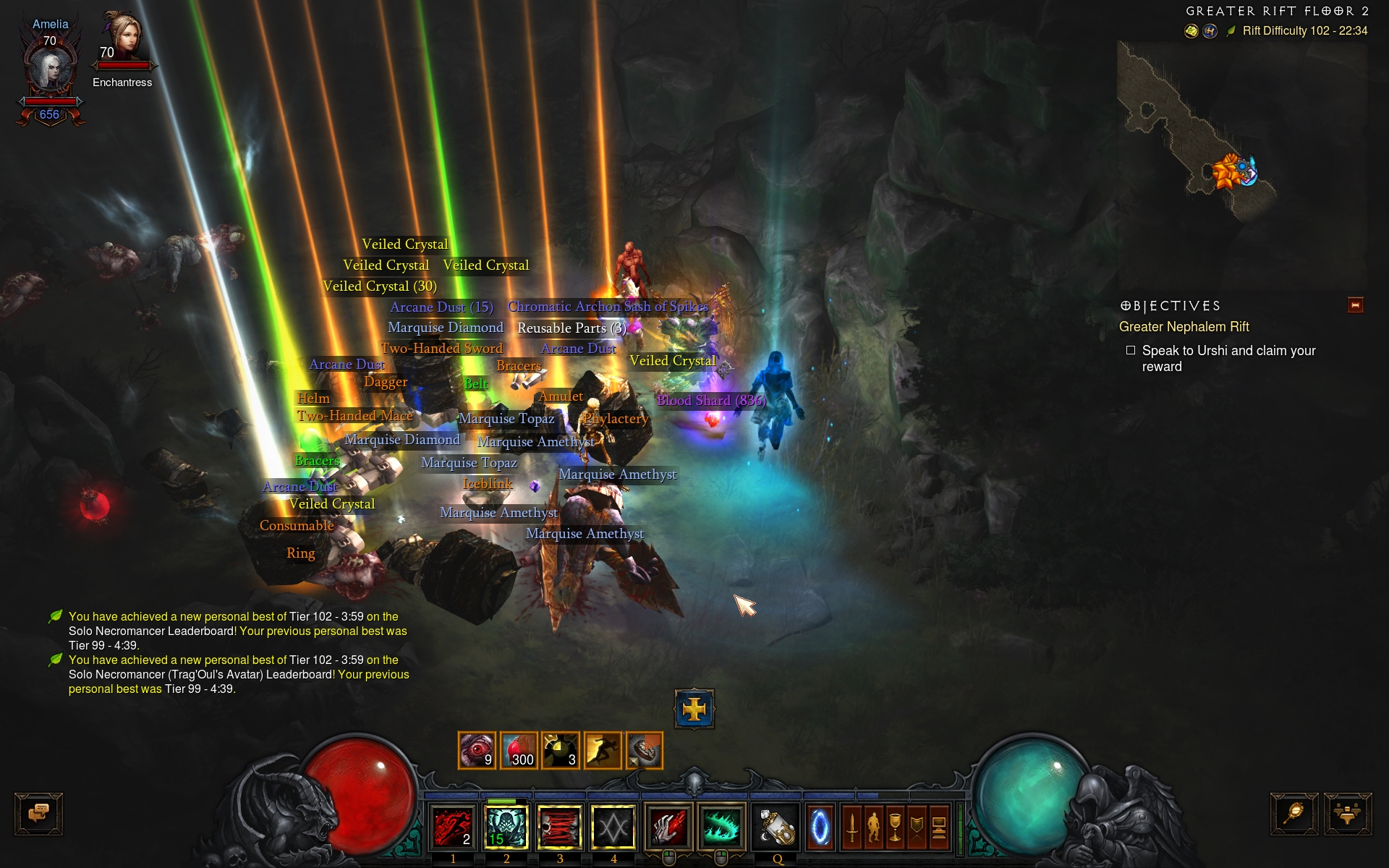 That’s it – everything you need to know about Diablo 3 Season 27 Angelic Crucibles. If you’re looking for more Diablo 3 Tier Lists, Builds and tips then you’ll find plenty more guides on the links below.