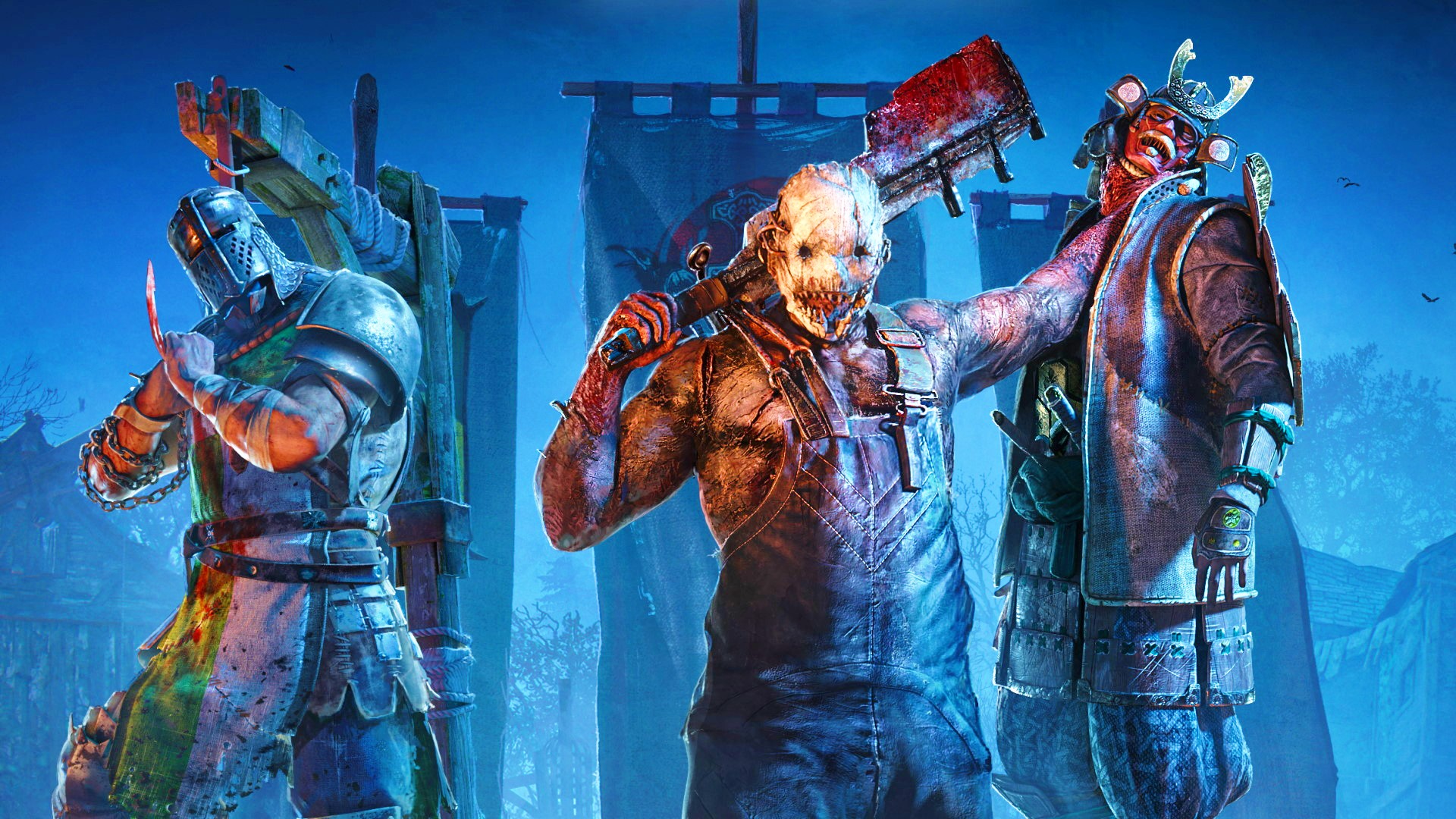 The last Dead By Daylight chapter was a crossover with Resident Evil, but it’s been suggested that the upcoming update (Chapter 26) could also be a crossover with Ubisoft’s ‘For Honor’ series.

Whilst Behavior Interactive’s survival horror series and Ubisoft’s melee action game don’t immediately appear to be the likeliest of crossover opportunities, it wouldn’t be the first time the pair have teamed up.

Last October the two series partnered to work on a special Halloween event in For Honor titled ‘Survivors of the Fog’.

The ‘Survivors of the Fog’ event introduced a new limited-time mode, free Event Pass, as well as Dead by Daylight-themed executions, Illustrious Outfits, and an exclusive signature.

The bulk of the crossover focussed on a tweak to the classic 4v4 Dominion mode. However, all minions were instead replaced by a single AI unit: the Trapper from Dead by Daylight.

“The Trapper will roam the map and prey on Heroes from both teams, adding a uniquely terrifying wrinkle to the zone-capturing mode,” Ubisoft explained.

Now it looks as though the two games might be teaming up once again, with the next Dead By Daylight chapter focused on the Ubisoft game.

For some time it’s been rumoured that Dead By Daylight Chapter 26 would feature a medieval theme, perhaps with a ‘knight’ as the killer.

Most fans have suggested that we could see Apollyon from For Honor as the new killer.

Apollyon is the main antagonist of the For Honor Story Campaign and serves as the final boss of the Samurai Story and, the entire Campaign.

As a brutal warlord with a troubling backstory that deals in revenge, hatred, and death, she certainly fits the bill as someone the entity might recruit. Hopefully, we’ll find out more soon in the coming months.

Dead By Daylight 57For Honor 2