Thirsty Dead By Daylight fans are in for a treat as Behaviour Interactive has finally confirmed that they’re making a dating sim based on the hit horror series.

Fans discovered a trademark for the game earlier this year, and it follows on from the back of a survey sent to fans last year which asked what other genres they’d want the team to expand into with the game.  “It surprised us,” Behaviour told us during a Q&A “But it shouldn’t have given [our fans] very thirsty nature”.

‘Hooked On You: A Dead By Daylight Dating Sim’ will let players romance their favourite Dead By Daylight Characters, including The Trapper, the Huntress, the Wraith and the Spirit. So get ready for a deadly new summer crush. Here’s everything you need to know.

Hooked on You: A Dead by Daylight Dating Sim is AVAILABLE NOW, on Steam.

July 7 - And another piece of concept art

Another piece of concept art, this time for The Spirit. 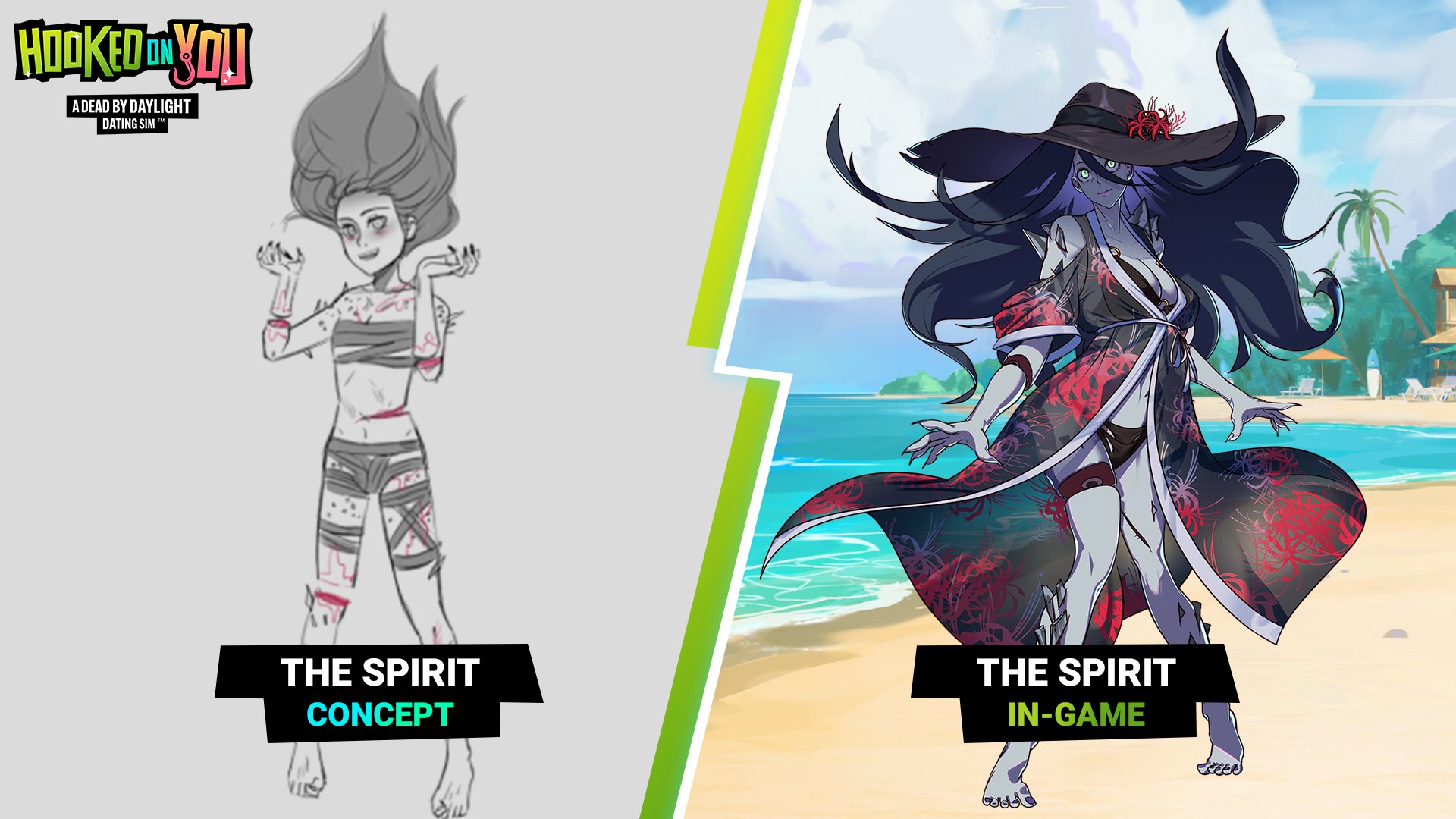 Another piece of concept art, this time for The Wraith. 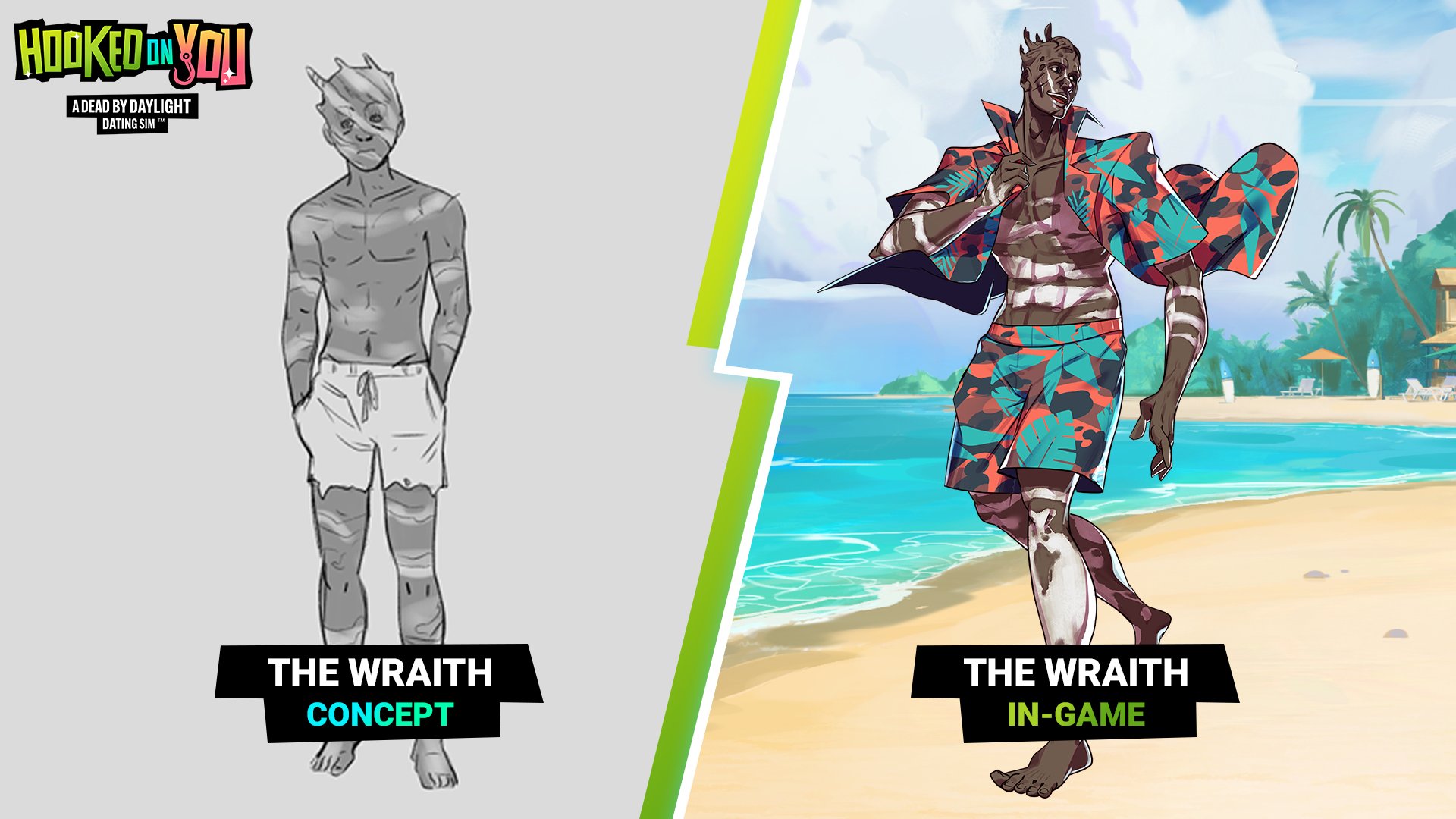 Last week we got two new pieces of concept art for the game, showing us how the team conceptualised The Trapper and The Huntress alongside their finished models in-game.

We imagine we’ll get to see The Spirit and The Wraith at some point later this week.

Another piece of concept art, this time for The Huntress. 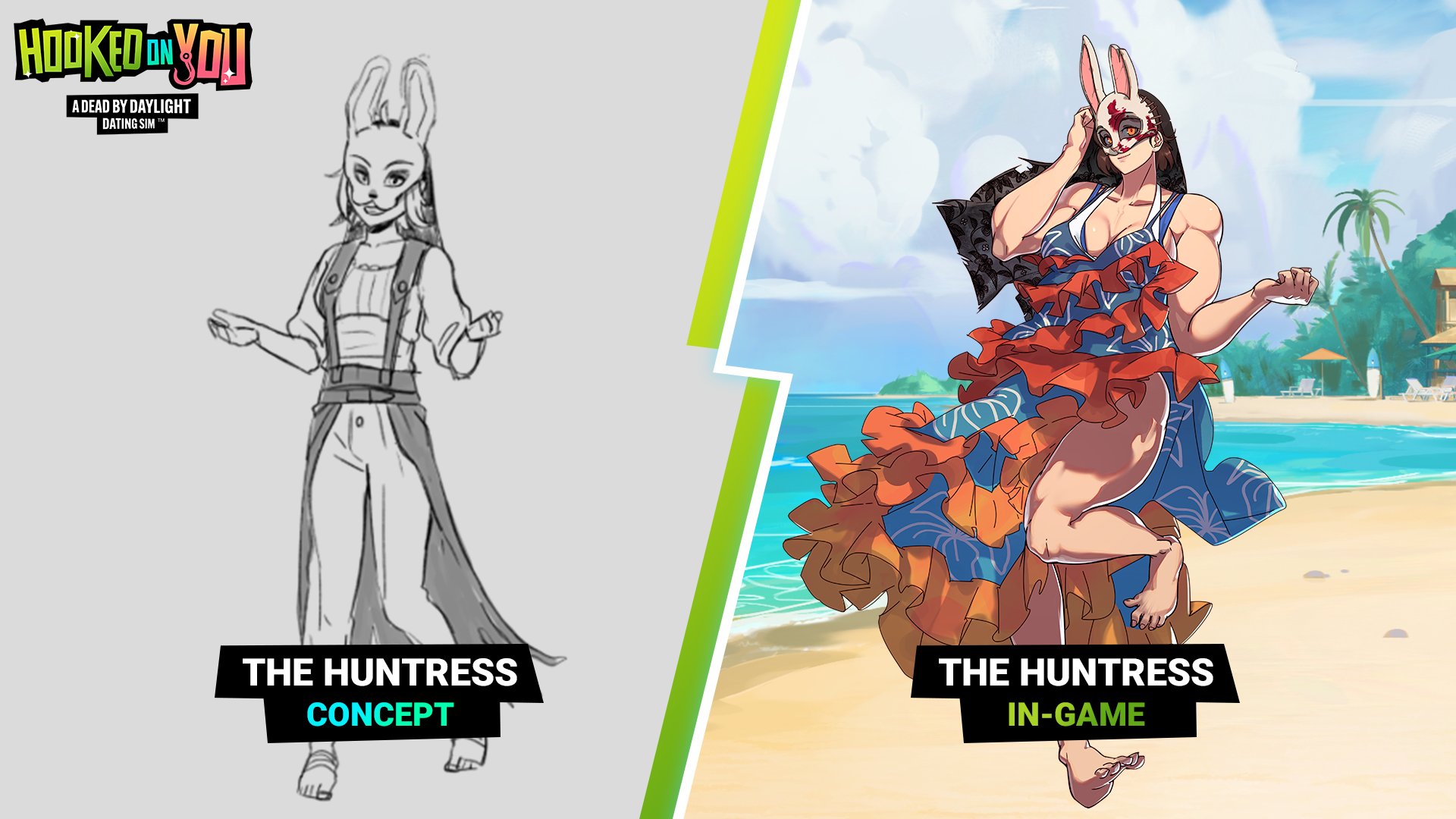 Hooked on You has shared some rather spectacular concept art showing the glow-up for The Trapper killer in the game. 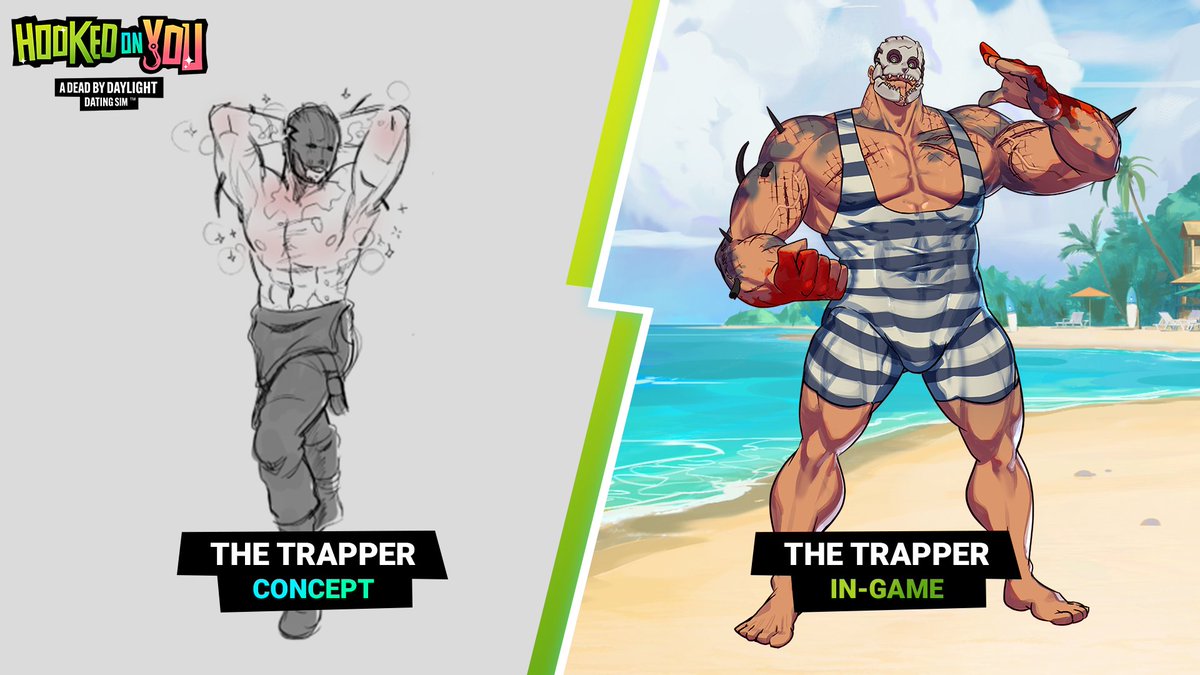 A short teaser trailer has been released which showcases a few new slices of gameplay in celebration of the games Steam page going live.

Dead By Daylight Hooked On You Trailer

Before we move on, lets take a look at the game’s official ‘Hooked On You’ trailer, because we can’t get enough watching it. And for those keen to know more about the game, we’ve also included the brief blurb:

“Ever wanted to have a drink with The Wraith? What about taking The Huntress out on a date, have a heart-to-heart with The Spirit, or find out what really makes The Trapper tick? Now’s your chance! Welcome to Murderer’s Island. Your companions: four dead-sexy Killers who, underneath their murderous exteriors, just want a little romance. Flirt your way into their hearts, uncovering dark twists along the way. Will you find true love, forge friendships… or get hacked to death? Only you can decide. ”

At the time of writing, there is no confirmed release date for Hooked On You: A Dead by Daylight Dating Sim. For the time being there is only a rough release window which Behaviour Interactive narrowed down to “this Summer” only on Steam.

For those desperate to know more, the summer months in 2022 spans from June 21 to September 23. So you can expect the game to launch somewhere between that rough window. 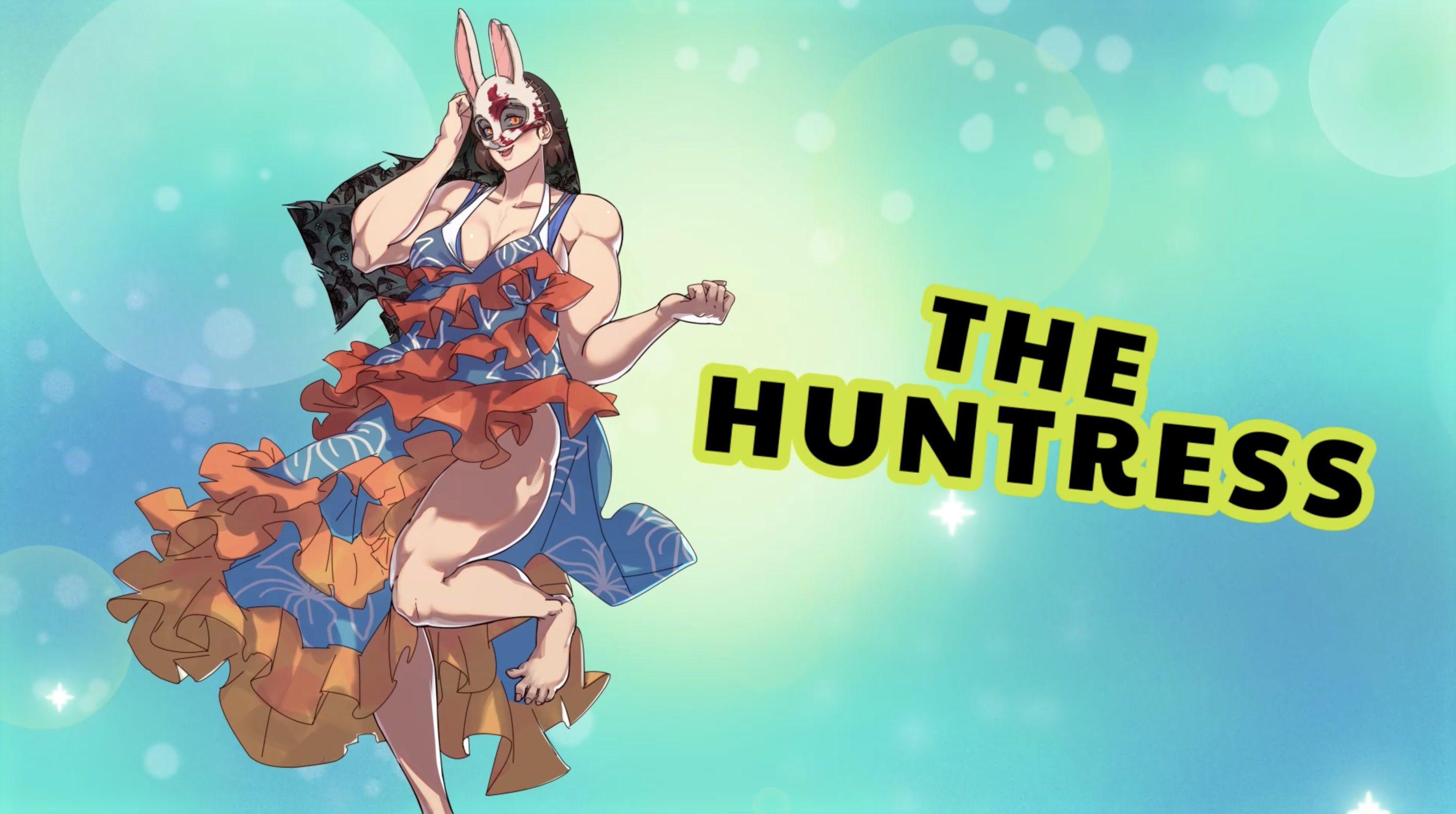 Who is Making ‘Hooked On You: A Dead by Daylight Dating Sim’?

Although Behaviour Interactive are actively involved in the delivery of the game, the team actually working on the game is not the Dead By Daylight developer.

Instead Behaviour Interactive have turned to Psyop, who some might know from their work on ‘I Love You, Colonel Sanders! A Finger Lickin’ Good Dating Simulator’ which launched back in 2019 in conjunction with KFC. 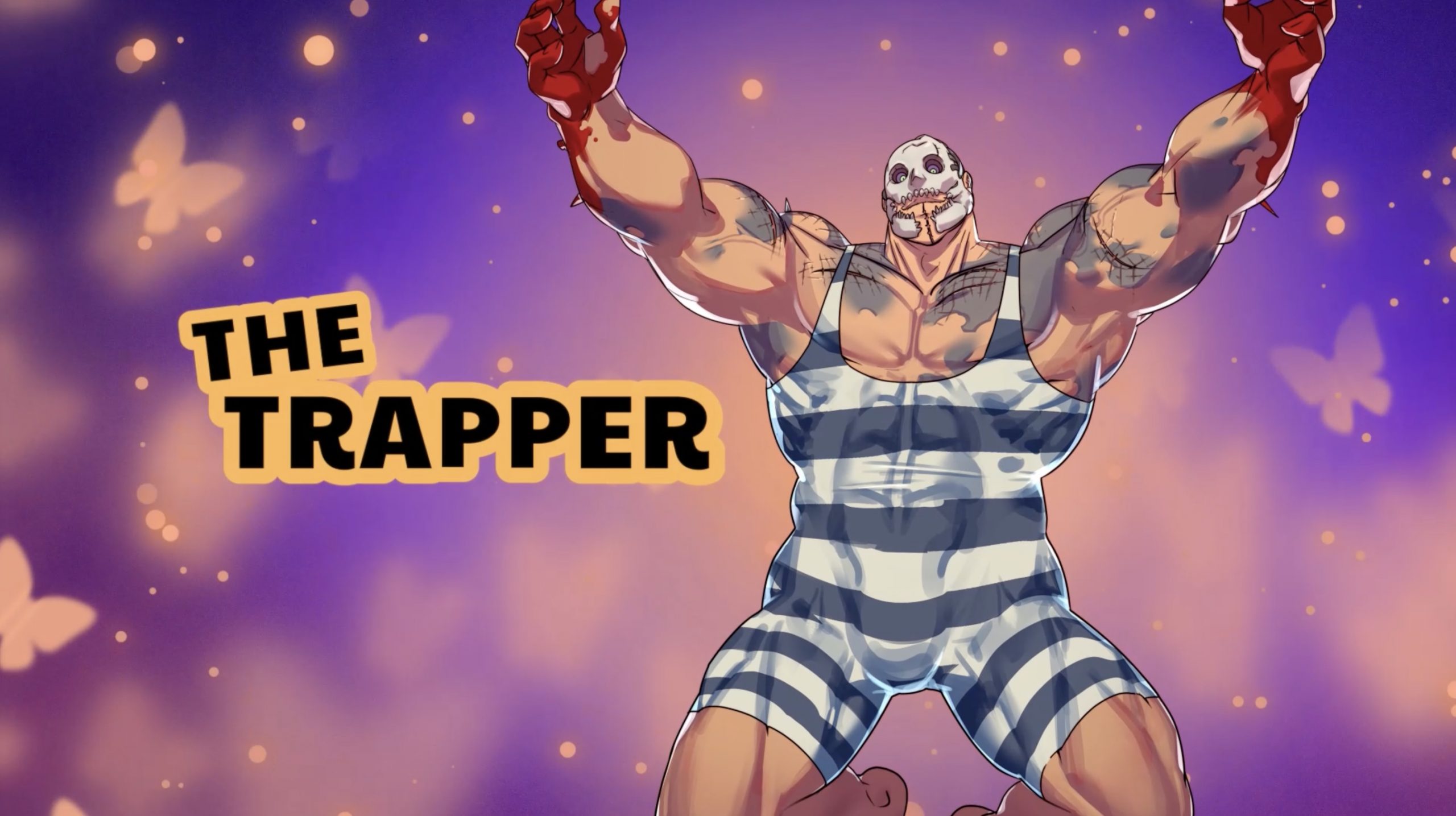 Is ‘Hooked On You: A Dead by Daylight Dating Sim’ Canon

Words we never thought we’d have to write. During our Dead By Daylight interview with the team at Behaviour Interactive Mathieu Côté (Head of Partnerships) confirmed that Hooked On You is not Canon. The game exists in its own world, but it does sound as though The Entity is involved still (somehow?).

Speaking about the game, Côté said:

“It allows us to tell a story that is not canon, of different characters in a sort of strange situation. And it allows us to see them in a different light. Each one of them will bring a very different side of their personality that you might not have explored in the Dead By Daylight core game and without spoiling any surprises, you’ll be able to flirt and build relationships with them. The Entity still sort of managed to create this place for a reason. I won’t go into details on this. I’ll let you discover the reason for this. They’re the same killers that you’ve known and that you’ve discovered through Dead By Daylight, but it’s sort of a slightly different version of them. It’s a lot more playful, obviously, but they’re as crazy and dangerous as they are in the main game. 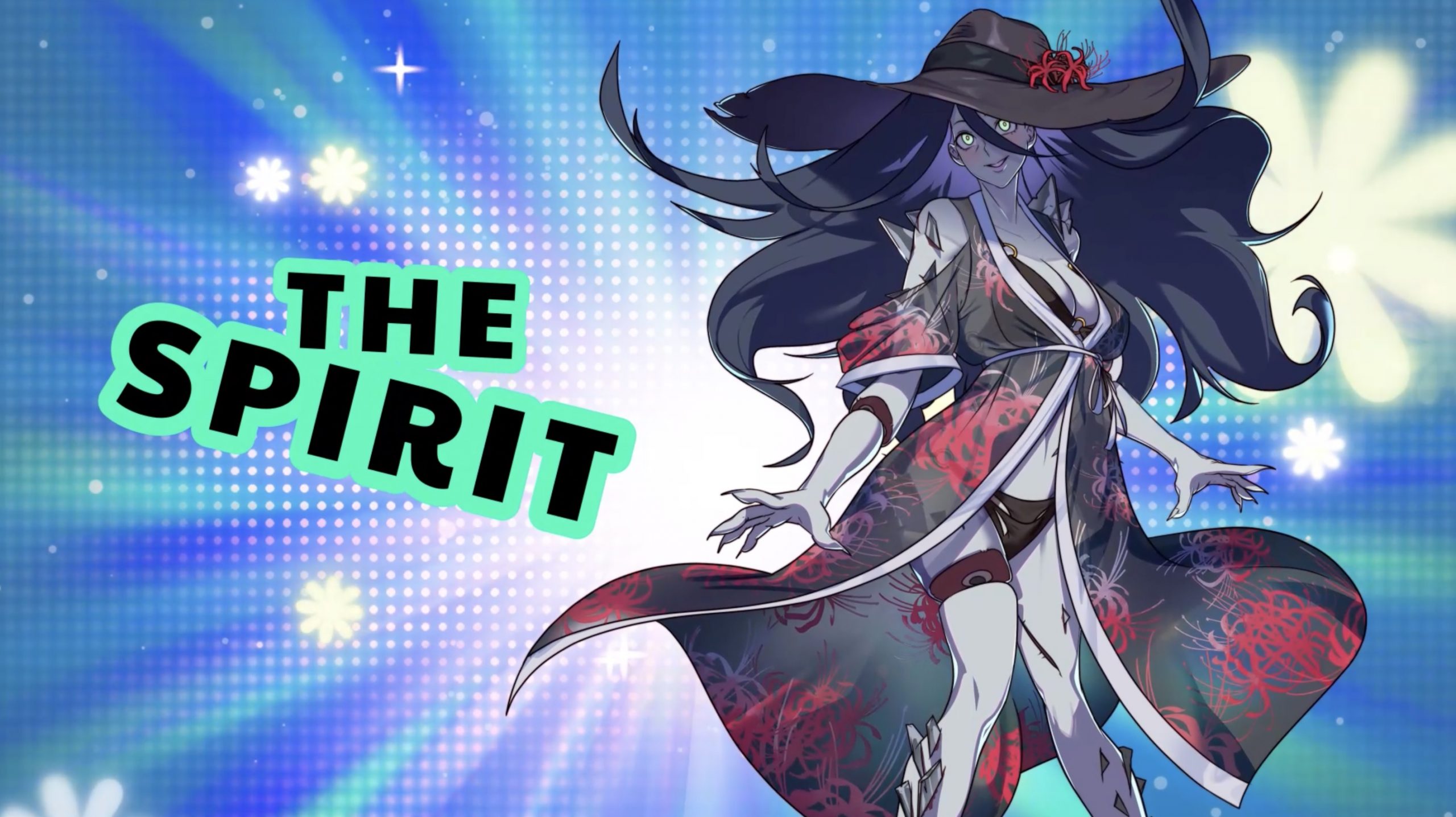 Is ‘Hooked On You: A Dead by Daylight Dating Sim’ Coming to Consoles

Mathieu Côté confirmed that for the time being the game was not coming to console platforms and will only be available on Steam at launch. However it sounds as though it’s not off the table, and very much depends on the success of the game on PC.

“It’s a possibility,” Côté said when asked about a port. “I mean if there’s huge interest from people we always try to make it available to as many of our fans as possible. We also understand that the DBD community is not restrained to the PC. So we have to keep that in mind for sure.” 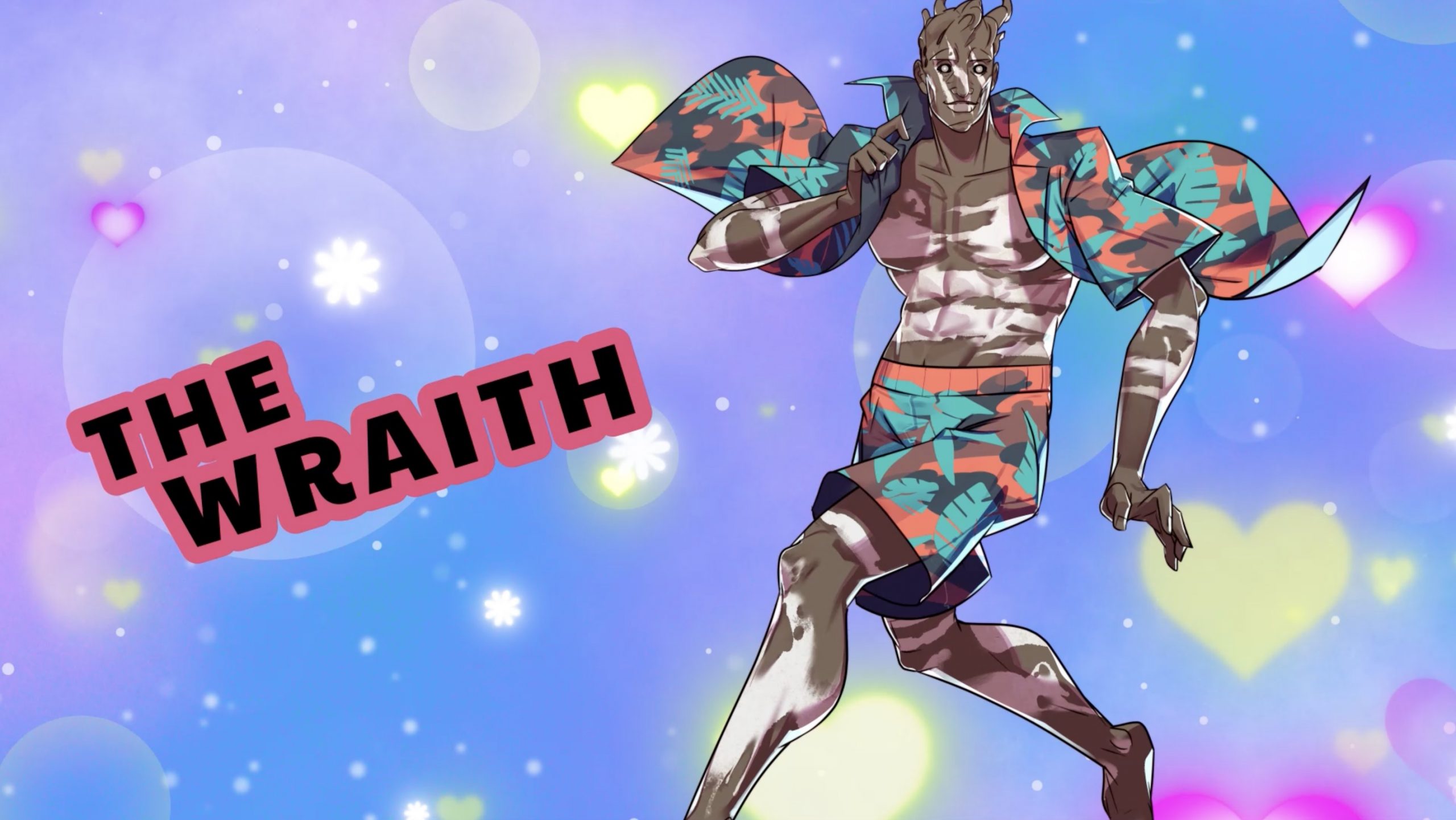 Will Hooked On You Add More Killers and Characters In The Future?

It seems like that’s a distinct possibility and speaking with Turtle Beach on a Q&A  Mathieu Côté said that the team is going to be “feeding the thirst” that fans have for more characters. Naturally, though, it all depends on how well the game performs. 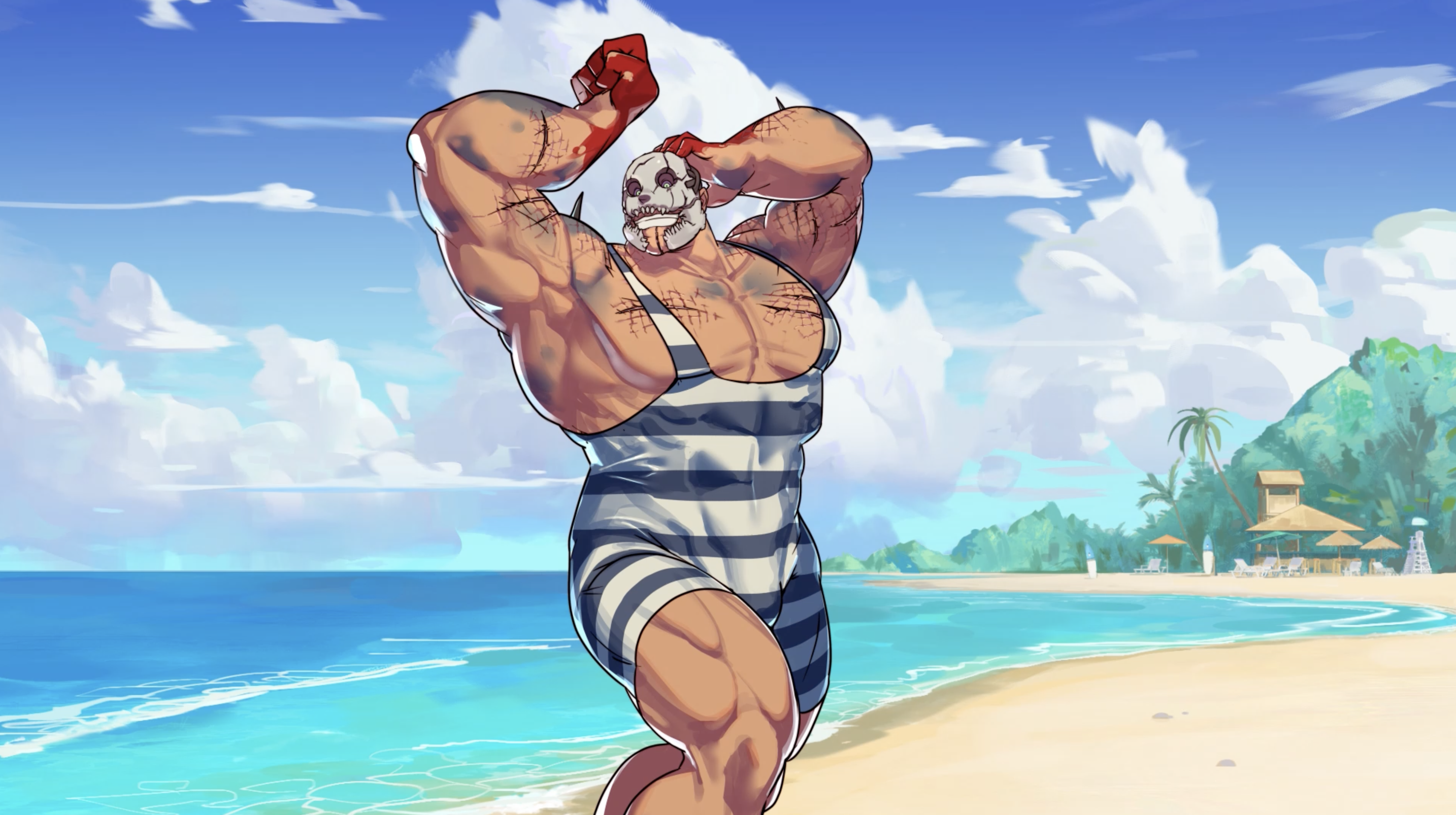 Will Hooked On You Add Survivor Characters From Dead By Daylight?

It seems like it’s a possibility, but right now the game seems to be focusing purely on the killers from Dead By Daylight. In fact when asked during our Q&A with the team, Côté seemed to suggest that Survivors might not work given the complexity and narrative twists that the game entails.

“It would probably be a little different because of the sort of the twist that we put on the current one,” Côté told us before appearing to suggest Survivors aren’t completely off the table. “[Survivors] absolutely. The desires of our fans are not restrained to the killers”.

Update – The Steam listing of the game has given fans a look at what some of the survivors will look like in the game. In this case, Dwight Farfield and Claudette Morel. 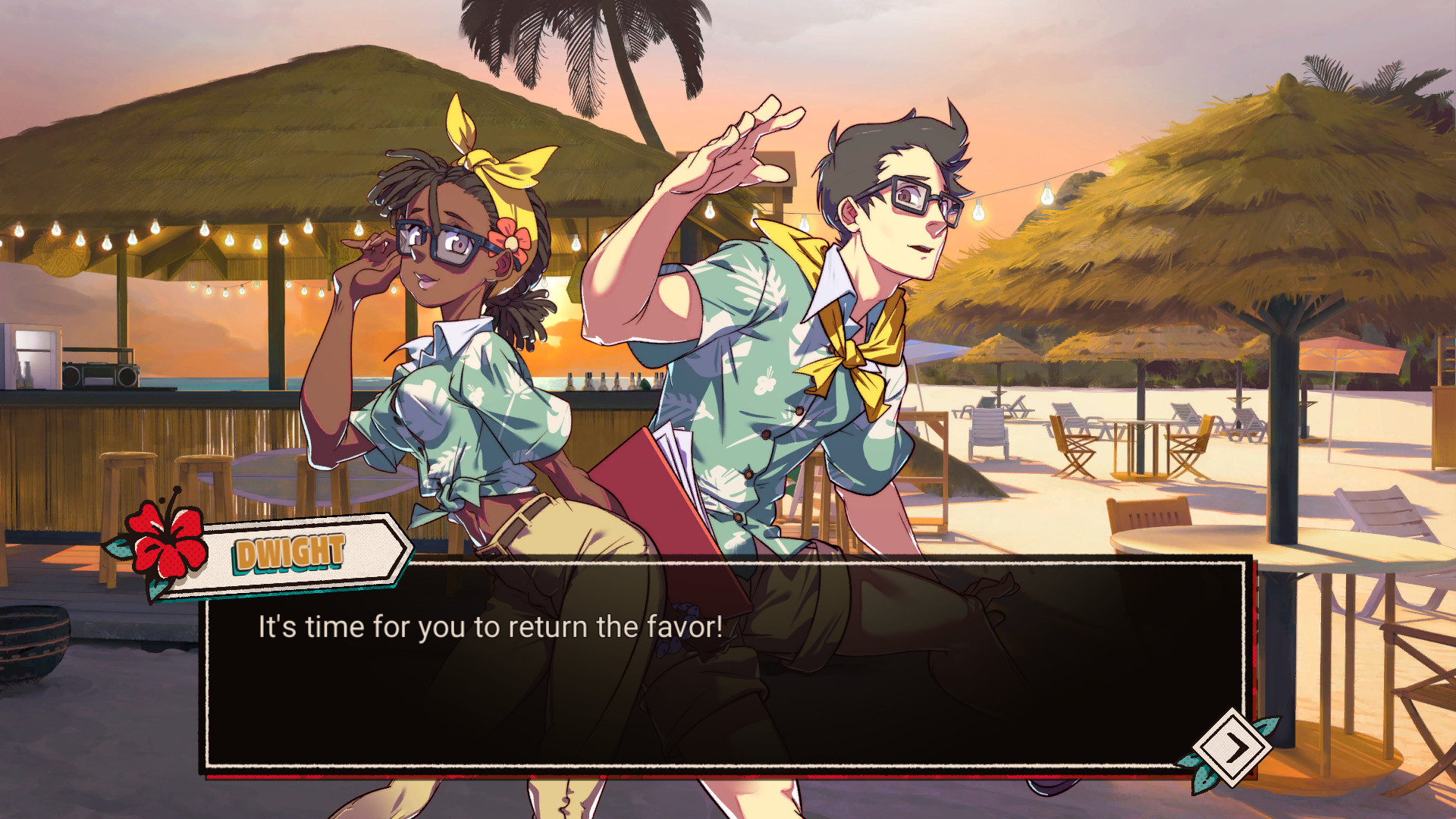 That is unfortunately everything we know so far about Dead By Daylight’s Funko Pop collectables. However, if you’re looking for more Dead By Daylight guides then follow the links below for more helpful tips, tricks and explainers.