DC fans have been chomping at the bit for a long time now, waiting to see what the company had lined up in terms of new video games.  There have been rumblings of various projects for months, if not years, and thankfully DC put an end to all the speculation via their Fandome event.  The comic publisher revealed not one, but two different titles for fans to drool over, with one set for release in 2021, and the other coming sometime in 2022.

While there have been Batman adaptations since the inception of video games, the caped crusader really catapulted to stardom via the Arkham series.  The Rocksteady-developed franchise expertly mixed bone-crunching combat with exploration and stealth gameplay to make for a delectable set of titles.  Now that Rocksteady has moved onto another project, Warner Bros. Games Montréal is picking up the mantle with Gotham Knights.

The most shocking news on Gotham Knights comes early on in the debut trailer.  None other than Bruce Wayne himself reveals through a pre-recorded video message that he has died.  Wayne fears that Gotham’s worst villains will soon find out that he’s passed away, which will cause them to unleash absolute carnage on the city.  That’s why Bruce made sure some of his greatest partners and allies received his special video message.  If Gotham and its people are going to survive, Batman’s “extended family” will have to step up.

Enter the Gotham Knights, a group of skilled do-gooders who know Batman’s innermost secrets.  The team consists of expert marksman and martial artist, Red Hood, the third Robin, Tim Drake, Commissioner Gordon’s daughter, Batgirl, and Dick Grayson, the original Robin, AKA Nightwing.  These four share a wealth of knowledge on Gotham’s worst troublemakers, and as long as they work together, they should be able to tackle whatever evil plans take root following Batman’s death.

Who’s looking to cause a bit of mayhem now that Batman is out of the picture?  So far we know that Mr. Freeze is up to his old tricks, concocting a plan to freeze Gotham and siphon its power.  His efforts to put Gotham on ice are part of a much bigger scheme, but details on that will most likely be kept a secret until the game’s release.

Along with Mr. Freeze, we see that the Court of Owls is going to play a major part in Gotham Knights as well.  The Court of Owls is a secret society run by Gotham’s elite.  Whenever they need a bit of dirty work taken care of, the Court of Owls calls upon their Talons to get the job done.  The Talons are a collection of deadly assassins who have been reanimated, and they’re only awoken from their slumber when the Court needs a violent solution to a problem.

As far as gameplay goes, Gotham Knights looks very much like previous Arkham games, albeit with a few notable tweaks.  First up, Gotham Knights will allow for drop-in/drop-out online co-op, meaning a buddy can join you and fight the good fight at a moment’s notice.  We also learned that enemies will now display level numbers above their heads, showing you how tough of a fight you’re in for.  That goes hand-in-hand with the damage numbers that fly out when you’re beating up the bad guys, indicating that your character will grow in strength and abilities as you get deeper into the experience.  Finally, it appears that enemies can dish out status effects through attacks as well, hitting you with moves that deal freeze damage and more.

If you’ve been jonesing for your next Arkham fix, there’s no doubt that Gotham Knights will do the trick.  The game will see release on PS4, Xbox One, PS5, Xbox Series X, and PC sometime in 2021.

While DC went on information overload with Gotham Knights, the company took a more refined approach for their next surprise reveal.  For years now, fans have been wondering what Rocksteady has been doing since their last Batman game.  We now have our answer, thanks to the debut of Suicide Squad: Kill the Justice League.  The trailer gives just a taste of what to expect, but it’s clear we’ll have to wait quite some time for the finer details.

Suicide Squad: Kill the Justice League follows the infamous band of misfits who are only ever out to help themselves.  While the Suicide Squad has featured a rotating cast of characters over the years, the video game is focusing on Harley Quinn, King Shark, Deadshot, and Captain Boomerang.  The quartet begrudgingly works together, as the only other option is death.  If squad members don’t follow their secretive government orders, the bombs that have been implanted in their heads will be detonated, and it’s lights out.  Given the options of death or following a few commands in exchange for lighter prison sentences, the choice seems obvious!

Suicide Squad: Kill the Justice League’s reveal trailer takes place in Metropolis, and it’s obvious from the get-go that something has gone terribly wrong in the city.  All signs point to Brainiac being involved, as the city’s people have been transformed into bloodthirsty creatures.  The Suicide Squad has been sent in to clean up the mess, which ends up being even bigger than they could have imagined.  The trailer closes on a red-eyed Superman as he takes the life of an innocent helicopter pilot.  It seems that Superman isn’t quite feeling himself lately, and it’s quite likely the rest of the Justice League is dealing with the same issue.  This leads to the Suicide Squad taking on their biggest challenge yet; killing the Justice League.

The first trailer for Suicide Squad: Kill the Justice League gives us plenty of story snippets to mull over, but hardly anything in the way of gameplay info.  All that we know at this point in time is that the game will allow for 1 to 4 players, and if you’re playing single player, you can swap between the Suicide Squad members on the fly.  The game itself will take place in an open-world Metropolis, and developer Rocksteady has said that gameplay will be a mix of their previous Arkham titles, as well as a focus on gun-play.  At this point, those are the only gameplay details that have been shared, so we’ll have to remain patient and hope more information isn’t too far off.

While Gotham Knights is coming to current and next-gen, that’s not the case for Suicide Squad: Kill the Justice League.  This title will be available on PS5, Xbox Series X, and PC only, and it’s not launching until sometime in 2022. 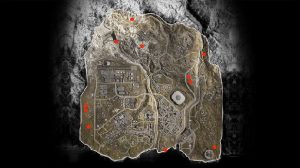 Read More: Where To Find All The Bunkers In Warzone Season 5