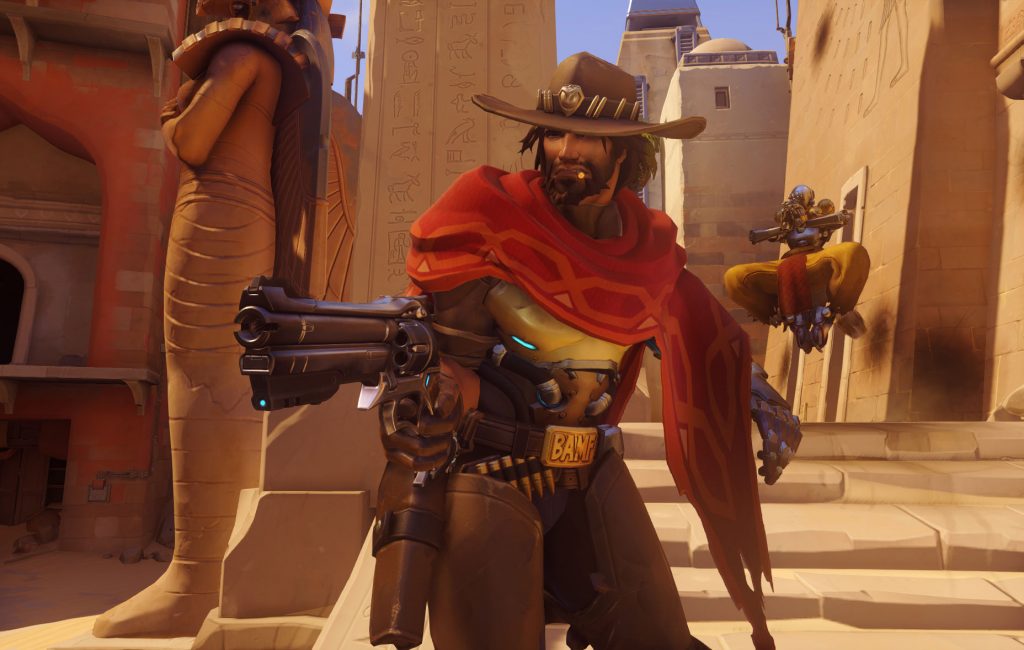 There’s nothing quite as rewarding as landing a headshot in a video game. Not only is scoring a headshot a feat of accuracy, but it lets your opponent know you just dominated them with your skills.

A headshot is more than just seeing the little headshot icon come up, whether it’s a crosshair or some other icon, it’s about the visuals and the audio. There are a lot of games where you can get headshots, but only a few of them offer truly unforgettable sounds when you land one.

These sounds feel all the more intense when using a headset such as our latest release, the Stealth 700 or Stealth 600 headset. With these headsets boasting Superhuman Hearing, you’ll hear your enemies first, followed swiftly by their heads exploding after you land a headshot!

We have to start off this list of best headshot sounds in video games with one of the most iconic and memorable occurrences of headshots. Counter-Strike not only spawned one of the greatest eSports in the world, but also helped create the zany FPS_Doug from Pure Pwnage who would scream “Boom! Headshot!” each time he scored a headshot.

Every headshot in Counter-Strike: Global Offensive is accompanied by a specific sound, one that, when heard, is unbelievably satisfying – if you’re the one getting the headshot.

If we’re talking about headshots and the sounds they make, we absolutely have to include at least one Call of Duty title. We’d like to include them all but it wouldn’t be fair on the other games out there. Call of Duty has completely dominated the FPS side of esports, with each successive title rising up and taking the mantle of the previous. Each game brings with it such a well-honed experience that relies on the greatest skill of all: reflexes.

When those reflexes kick in, and you manage to get that crosshair over an enemy head and pull the trigger, the sound that follows is pure bliss. Call of Duty: Black Ops 2 had one of the best ting sounds yet, and has stuck in our minds as a standout example. Though there’s a bit of talking in the above video, it does play the sound we all remember and we all aim for!

Gears of War made its way onto the Xbox 360 back in 2006, and since its release, Gears fans all over the world have been relishing the brutality the game brought with it. Whether you were chain-sawing Locust Drones in half or blasting enemies in multiplayer with the Gnasher, it was always a gore-fest.

However, one of the most memorable sound effects in any Gears of War title was that which accompanied a headshot. The sound effect was most satisfying when using a Sniper Rifle. A steady hand would have the reticle hovering over an enemy head, and then – bam! – the sound of a watermelon being crushed would echo across the battlefield.

The inclusion of the VATS program changed the future of Fallout games for the better. VATS stands for Vault-Tec Assisted Targeting System and was first introduced in Fallout 3 as a means of bridging the gap between the isometric style of the originals with the revamped FPS style of the future.

VATS allowed you to pause the game and take aim at specific points on an enemy’s body, be it their legs, arms, chest, or even their head. It was designed to allow you to more accurately attack an enemy weakness, and it worked like a charm. However, it allowed gamers to easily score those sweet, juicy headshots.

An enemy’s head would come off at the neck, leaving the shoulders barren and the body slumping to the ground. To say it was violent and over the top is an understatement, but damn, was it fun!

The original Turok series introduced gamers to the idea of fighting dinosaurs with guns. It was a wild ride by anyone’s standards. Then Turok 2: Seeds of Evil reared its head and showed the gaming world a new take on the classic “headshot”.

Included in Turok 2 was a little gun known as the Cerebral Bore. This brutally-named gun shoots a homing projectile at any enemy head – and as the name suggests – drill in through their skull to get to their brain.

A geyser of blood would spray everywhere as your enemy screamed in pain, but it didn’t stop there. Once the projectile hit the brain, it would explode. The sound of the drill, the crunching bone, the splattering of blood, and the screams of your enemies make this one of the best headshot sounds in video games!

Overwatch is Blizzard’s latest success story, with fans flocking to the game with fervor. Though each character has its own abilities and weapons, headshots are still rampant, even with Roadhog’s shotgun-like Scrap Gun.

However, there is one head-shotting menace that everyone fears as soon as they hear a particular sound, and that man is McCree. With a one-liner that makes every player spin around and look for him, McCree is able to instil fear into the hearts of even the most seasoned players.

McCree’s Ultimate is Deadeye, a short stance where he locks-on to enemy heads and then releases a quick volley of shots. The sound of these headshots is preceded by McCree calmly announcing, “It’s high noon.” What follows is a moment of panic for his enemies. Headshots never sounded so good.

Nothing tells you you’ve gotten a headshot more than the gritty announcer bellowing “HEADSHOT” as your enemy’s face explodes from your well-timed Sniper Rifle or Lightning Rifle round. From there on out, every time you earned a headshot, regardless of game, you were sure to do your best mimicry of this glorious sound – HEADSHOT!

Headshots are the bread and butter of any first-person shooter, with gamers honing their skills in order to hit these difficult shots as much as possible. Not only is it a testament of skill, but more often than not, they’re followed by some truly terrify, and sometimes horrific, sound effects. These are by far the best headshot sounds in video games, did your favorite make the list?