Players will be in for a suspenseful and uneasy treat when they dive into the sounds of The Sinking City and its mysterious world. 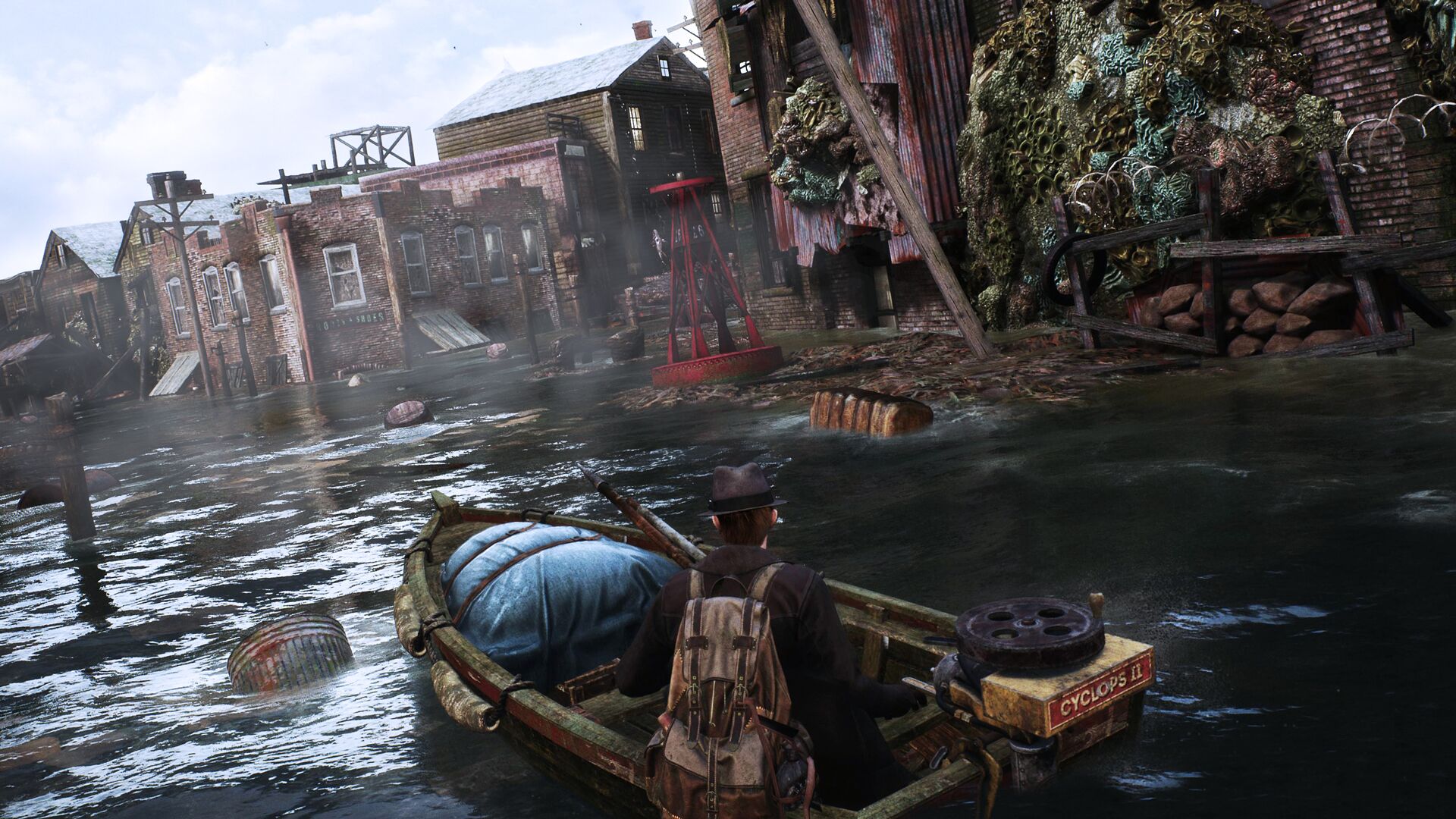 H.P. Lovecraft was a legend in the world of Horror, and The Sinking City from developer Frogwares is a perfect way for any video game player to experience the kind of worlds that Lovecraft was known for creating. Taking control of a private investigator who is determined to solve a truly bone-chilling mystery, players are thrust into a world where every sound of the environment helps to build a feeling of dread and suspense that any horror fan can enjoy.

The Sinking City is set in the fictional town of Oakmont, Massachusetts in the 1920s. With players discovering that Oakmont is not marked on any map and its location being known to barely anyone thanks to its remoteness. Being cut off from the mainland due to a supernatural flood, the feeling of isolation and uneasiness strikes you from the very beginning of your adventure.

Players control the protagonist, veteran and private investigator, Charles W. Reed on his quest to discover the meaning behind the disturbing visions he has been experiencing for years that feature frightening creatures and settings. Having been informed by Oakmont intellectual Johannes van der Berg that his visions are shared by many citizens of Oakmont, and the fact that mysterious town is a hotbed for these terrifying visions, Reed sets out from Boston to uncover the true meaning of these visions.

Upon arriving at Oakmont, Reed meets the head of one of Oakmont’s leading families in Robert Throgmorton who has been studying these unsettling visions. Throgmorton tasks Reed with finding his missing son who has been terribly afflicted by a psychotic episode brought upon from these visions. Reed is also tasked to help discover what caused the flood that has engulfed all of Oakmont. 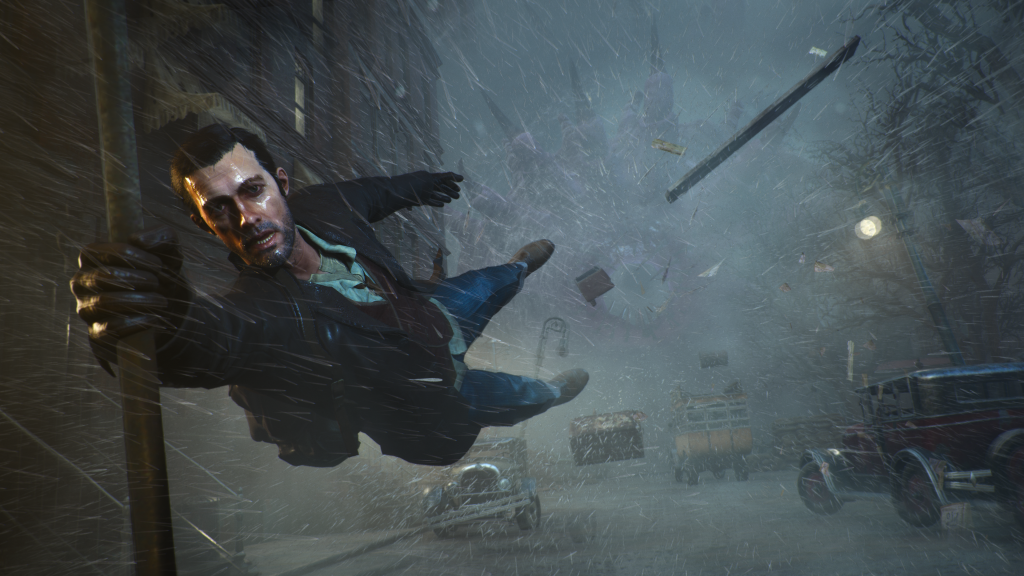 The visuals are striking, but the supporting audio pulls you in just as tightly…

While The Sinking City delivers a truly unique and eye-catching display of visuals throughout its world of Oakmont, we found the true source of the game’s horror in the extremely detailed and well-timed music and environmental audio that surrounds you throughout your playing experience.

One of the first pieces of the game’s audio that reinforced the notion that we were truly alone and isolated when playing as Charles W. Reed is the unique dialect the citizens of Oakmont use. The majority of the characters you speak to in The Sinking City use phrases and words from this dialect. This means you are often pushed to inquire about what these words mean. In return, you are often greeted with hostility from the Oakmont locals who are beside themselves that you are not familiar with how they converse. One of the most vivid examples of this playing out in our time with The Sinking City was when we were questioning a man at a crime scene. He kept referencing someone named Kay in his answers.

When we directed Reed to ask this man who this Kay person was, he responded extremely harshly by telling me that an outsider should show respect to Kay, the one who the residents of Oakmont refer to as their lord. It is hard to find a more dreadful feeling than knowing everyone around sees you as an outsider who doesn’t belong and that they are none too willing to help make you feel like you belong any time soon.

The Sinking City also delivers a truly satisfactory set of background music and noises that put players at a constant state of feeling uneasy and suspenseful. Even when we were just walking around the map, we always felt like someone or something was watching me and every move we made. There was never a time where we truly felt at ease when we were experiencing the world of The Sinking City, and we loved every second of it as horror fans. 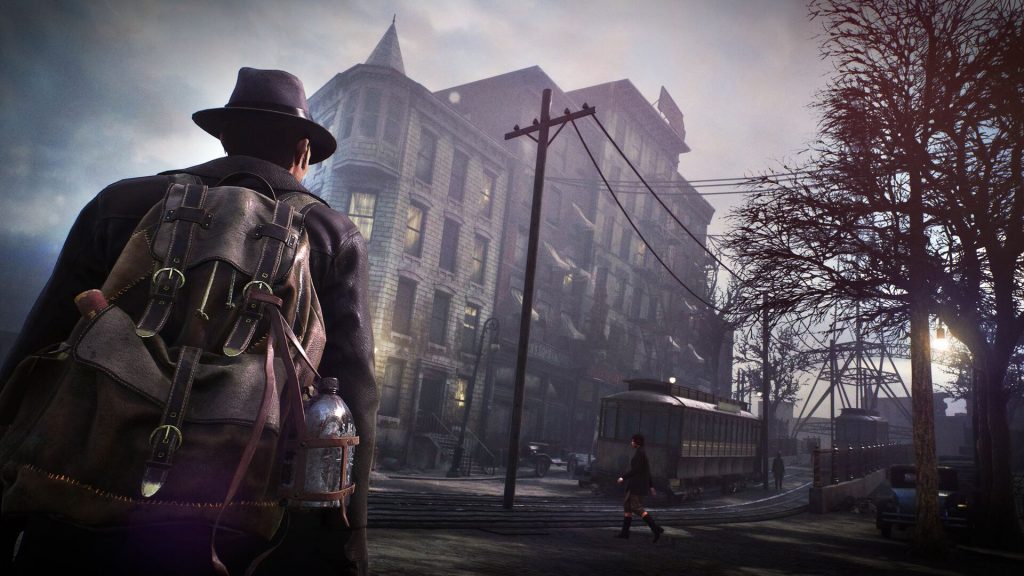 The city of Oakmont comes to life, through the use of amazing visuals and audio.

Immersion is something The Sinking City accomplishes quite well. From the constant sound of Reed’s footsteps in the water soaked ground, to hearing waves constantly crash all around the port of Oakmont, Frogware delivered an audio aspect to the environment of The Sinking City that pushed us to feel like we were right there with Reed in this dark and unsettling place.

The Sinking City is not a game that will hold your hand and lead you into the sunlight, but it will show players through masterful audio filled creepiness an experience that is sure to get the blood running in any horror fan.

The Sinking City is available now for Nintendo Switch, PC, Xbox One, and PS4.