The Historically Kickass Audio of Wolfenstein II: The New Colossus

Wolfenstein II: The New Colossus has curb-stomped its way onto our respective gaming systems and so far it’s been a wild ride of non-stop Nazi killing as we try to liberate the United States. Wolfenstein II is just one of those games that sucks you in and keeps you coming back for more, and while a lot of this is due to the story and action, just as much can be attributed to the phenomenal audio.

Straight off the bat, we just have to talk about the weapons, because it wouldn’t be a Wolfenstein game if we didn’t have some terrific metal contraptions to melt Nazis with.

The humble shotgun makes its return – it wouldn’t be a great shooter without an equally great shotgun! The first time you pick up the automatic shotgun, you’re in the perfect situation: a train with thin corridors full of enemies just gaggin’ for a few bucks to the belly. As you hold down the trigger, the lead just spews out the end and rips your foes to shreds with a satisfying metallic kick.

Then there’s the infamous Lazerkraftwerk. The Lazerkraftwerk sounds like Hans Zimmer designed a dubstep soundtrack and fused it with an electric rifle. Taking aim and shooting an enemy results in a pure bolt of energy turning them into pink mist as it vaporizes the liquid in their body. The gun sounds like it’s just as angry at the Nazis as we are.

With great weapons, comes great killing potential. I think that’s what Uncle Ben from Spider-Man said, right? The weapons in Wolfenstein II sound ear-splittingly intense, but they’re only worth their weight in salt if you can actually shoot someone. Thankfully, it’s not too difficult to find an enemy worth taking out.

Whether you’re chaining together quick kills with your hand axe or trying to dismantle a mechanized Nazi, the audio design sells every moment. Swinging your axe into someone’s chest is met with a meaty crunch as the blade sinks through flesh and into bone. Through this animation, B.J. Blazkowicz grunts and struggles, as does the enemy, all of which add to the gritty and bloody style of the game.

Fighting armored enemies is pure bliss. Typically, when something is more powerful than you, there’s a sense of fear, and while it’s still there in Wolfenstein 2, the sounds armored units make as you destroy them is worth the adrenaline rush alone. Mech suits begin to crumble and then explode, showering you and the area with sparks and fire. The metal scrapes and bends against itself and then skids along the ground as you sprint off to your next target.

The Atmosphere of Nazi-Occupied United States

Even B.J. Blazkowicz sometimes needs to take a break from killing Nazis, and although the America he lives isn’t quite a mirror reflection of ours, it’s full of authentic sounds. Stepping outside and hearing the propaganda for the first time or interacting with your first Nazi Officer are awe-inspiring moments. The world around you is just brimming with life, and it begins to feel like a place you want to fight for.

The environments are full of little details that bring the horrific alt-history to life.

In those downtimes between the combat, when you’re on the U-boat and planning out your next move, the ambiance of your environment begins to seep through. When utilizing a gaming headset such as the Stealth 700 on your PlayStation 4, the nuances of your surroundings will begin to crystalize. The creaking of wooden boards in your captain’s quarters adds a certain charm to the room that can be easy to miss if you don’t take a few precious moments to take it all in.

The Mick Gordon Special AKA The Soundtrack

Do yourself a favor and pick up a copy of the Wolfenstein II: The New Colossus official soundtrack. Composed by none other than Mick Gordon, the Wolfenstein score is chock full of intense tracks. For those who might not be in the know, Mick Gordon is responsible for the electrifying soundtrack from the 2016 Doom reboot, as well as the two previous Wolfenstein titles, and Prey.

The music will hammer its way into your soul, set your nerves on end and then coax you back down to earth where it will be waiting to set your heart racing once more. There are a lot of undertones at play in the music, every second feels as if part of the music is rebelling against itself, fighting for control and searching for a moment to break free. It perfectly supplements the action. Seriously, go listen to this masterpiece.

Fans of the recent Wolfenstein games will feel right at home in Wolfenstein II: The New Colossus, and those who have yet to venture into the series will find it now to be the perfect time to get involved. While a lot of the appeal is the dystopian alternate history, what really sells the Wolfenstein II experience is the immaculate audio. Excuse us while we recharge our Lazerkraftwerk, eviscerate some Nazis, and head bang along to Gordon’s epic tunes. 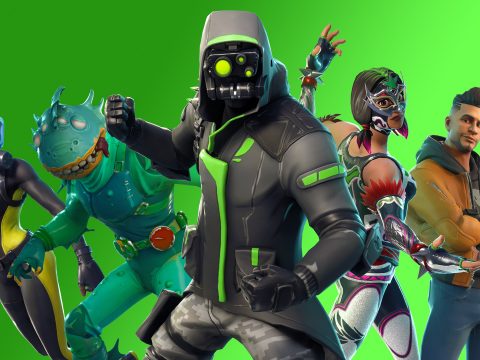 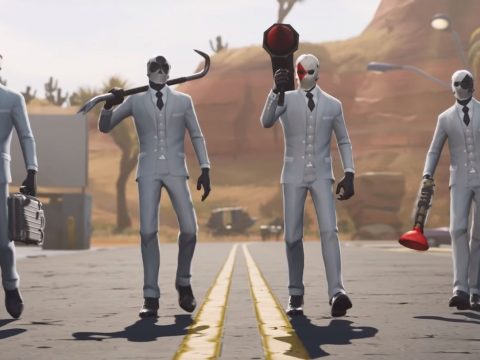