From game reveals and hints at features, to recognizing phenomenal work, The Game Awards and PlayStation Experience were two events celebrating all things gaming. 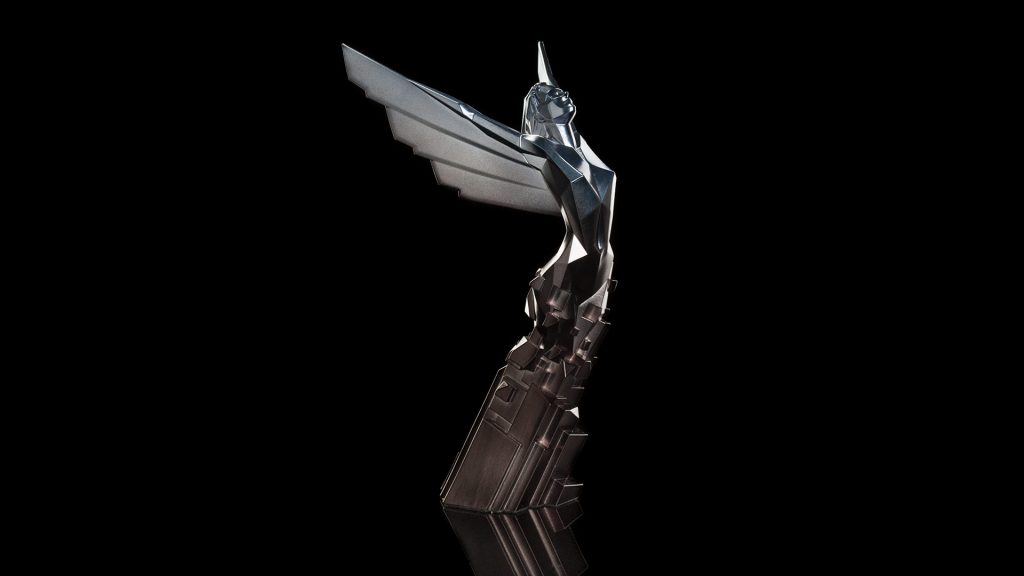 No matter what time of the year it is, and wherever you look, there’s always something incredible going on in the games industry. The Game Awards has just wrapped up, with a lot of talented individuals recognized for their hard work and a lot of games receiving high praise and accolades. Then, there was the PlayStation Experience where a few exciting pieces of information were teased and released into the wild. Let’s take a look at some of the biggest moments from these events!

The Game Awards’ fourth event wrapped only a few days ago, with hundreds of guests flooding into the Microsoft Theater in Los Angeles to support one another and share their passion for this life-changing industry. There are several different categories that games can be nominated for, but ultimately only one title can win in each section and only one can be crowned king of them all, AKA, Game of the Year.

It’s exciting to see the industry recognize the power and influence that online personalities have, which is why there exists a “Trending Gamer” category. Out of all those personalities and people who were nominated, we all knew who was going to take home the award – Dr. Disrespect himself! 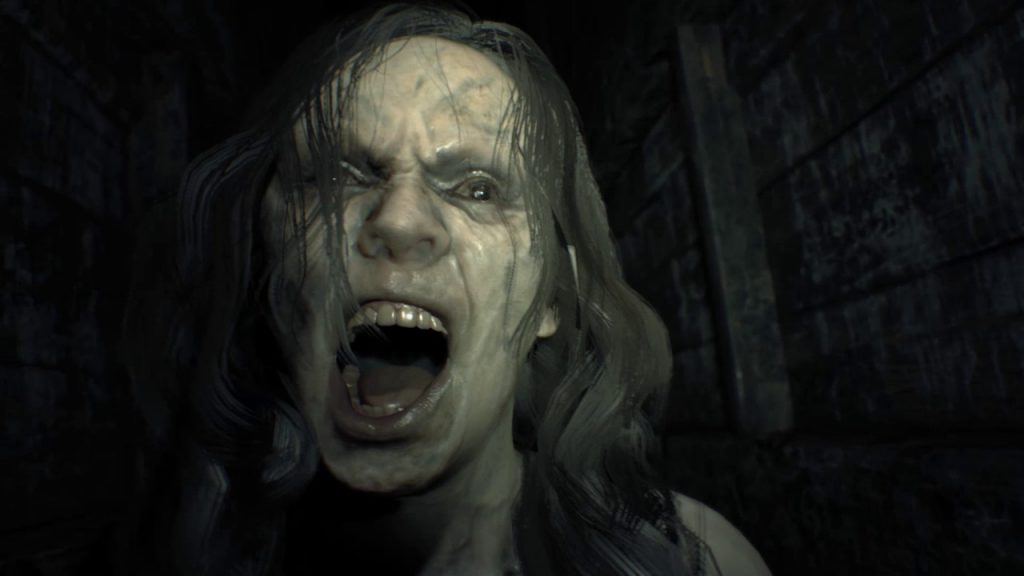 Over in the VR and AR camp, Resident Evil 7 took home the prize thanks to its horrifying story, stress-inducing tension, and its utterly immersive world. We loved everything about Resident Evil 7: Biohazard when it launched back in January, we even dissected its audio and how DTS Surround Sound technology boosts the experience.

We love a good action game here at Turtle Beach. Whether it’s storming the beach in Call of Duty: WW2 or blasting away the Fallen in Destiny 2, action just speaks to us – and it sounds pretty damn awesome when using a Stealth 700. However, at The Game Awards this year, it was none other than the alternate-history blast-fest, Wolfenstein 2: The New Colossus, that won the category for Best Action Game. Wunderbar!

Triple-A titles aren’t the only ones to receive attention at The Game Awards, as indie developers also have a platform to share their victories. It should come as no surprise that the phenomenally challenging and addictive Cuphead took home not one, not two, but three awards. Cuphead snared the Best Debut Indie Game, Best Independent Game, and Best Art Direction. Damn fine work! 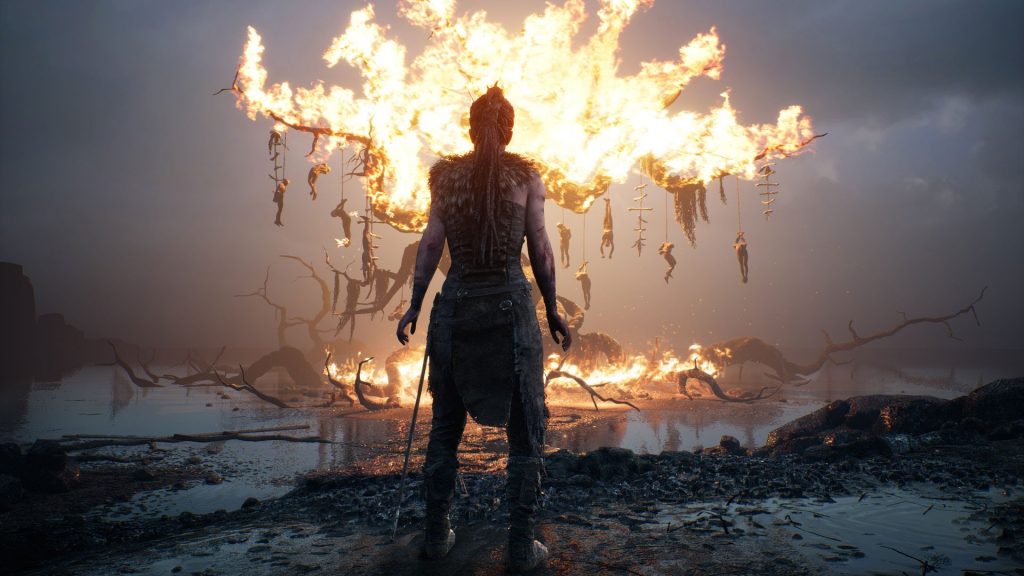 Hellblade: Senua’s Sacrifice ripped and tore its way into her heads and hearts, so it’s only fitting that the title take home a myriad of awards. Hellblade earned the Games for Impact as well as the Best Audio Design – which deserves a look if you aren’t familiar with the binaural recording used to emulate psychosis. Not only did Hellblade receive accolades, but so did Melina Jeurgens, who performed the role of Senua. Well done to everyone involved in making that outstanding title.

Finally, the Game of the Year award. This year, there were five games lined up: Horizon Zero Dawn, Persona 5, The Legend of Zelda: Breath of the Wild, PlayerUnknown’s Battlegrounds, and Super Mario Odyssey. This seems to really be the year of Nintendo, what with two of their titles being up for Game of the Year, but only one game could walk away with the award – and it was Breath of the Wild. Sometimes a game comes along that not only feels refreshing, but latches onto a sense of nostalgia, and The Legend of Zelda: Breath of the Wild delivered both in spades. Congratulations, Nintendo!

Outside of awarding trophies to some of the best games of 2017, The Game Awards was also the location where a tonne of new games were revealed! There were a few surprises this year, and while we might not see these until late 2018, or even 2019 in some cases, let’s take a look at what’s on offer.

Developed by Saber Interactive, this World War Z game is one no one asked for but we’re all extremely exciting we’re getting. It’s like discovering an extra present under the Christmas tree. Not much is known about the title other than the source material, so only time will tell what kind of game this will be – but it will obviously involve zombies.

This gameplay trailer for Witchfire sure is creepy. Developed by The Astronauts, the team behind The Vanishing of Ethan Carter, Witchfire is looking like a horrifying monter-slaying shooter that throws you into a DOOM-like experience, albeit in an eldritch European horror setting. All of those things sound awesome.

Developed by 10 Chambers Collective, GTFO looks like a Left 4 Dead style 4-player cooperative experience where you and your friends explore an alien and zombie-filled world. The goal of the game, we’re not too sure, but it looks like there will be some bank-like robbing, running from zombies, shooting monsters, and lots of trying to stay alive.

Not only is Bayonetta 1 and 2 coming to the Nintendo Switch, but Bayonetta 3 will be exclusive to Nintendo’s latest portable home console. There’s not a lot to go on from the teaser trailer, but one thing is for certain, Bayonetta 3 is likely to be as action-packed and sexy as the first two in the series.

Fans of the Soul Calibur series are no doubt rejoicing right now as it’s been five long years since the last entry in the series with Soul Calibur V. While there is no set release date, the trailer does reveal that Soul Calibur VI will be arriving in 2018.

In the Valley of the Gods

In the Valley of the Gods is the latest game by Campo Santo, the team who brought us the emotionally fuelled experience that was Firewatch. This latest game looks to be a cooperative experience, albeit instead of two players, it’s you and an AI companion. Set in Egypt, it’s safe to say we’ll be doing a lot of exploring and spelunking in this game!

Though it’s not a brand new reveal, it’s certainly one of the most highly anticipated games coming to Xbox One and Microsoft Windows in 2018. And now, at The Game Awards, Sea of Thieves has been given a release date! You’ll be able to sing shanties, sail the seas and engage in pirate-y combat on March 20, 2018. Get your cutlass and eye patch ready, because Sea of Thieves is almost here!

Alright. There’s not really much that can be said about this jaw-dropping and mind-bending trailer. Hideo Kojima has a vision, and it’s inspiring to see him stick to his guns and deliver an experience and story he wants to tell. We’re not entirely certain what’s going on in the trailer, but the eldritch horrors, shrouded in fog and floating in the distance is extremely unsettling. We’re going to need more of these trailers, they’re so delightfully strange.

Classic FromSoftware: revealing as little as possible and yet igniting the excitement of their devoted fans all over the world. While the Death Stranding had a lot of outlandish stuff going on, this teaser has almost nothing bar a single image with a lot of little details. Death Stranding is tough to digest because there’s so much, and this new game is difficult to explain because there’s so little to work with. However, despite the lack of information, you can bet your bottom dollar that we can’t wait to hear more about what FromSoftware are up to!

The PlayStation Experience, or PSX for the fans, is Sony’s yearly event where they get to showcase upcoming games and talk with developers in a panel-style setup. This year was full of surprises and reveals, so let’s dive right in.

It’s not often that you get to see behind the scenes or take a look at someone’s cards in a game of Poker, but SIEA President and CEO Shawn Layden gave PlayStation owners a glimmer of hope for the future: that their PSN name might not actually be forever.

Greg Miller asked Layden when players will be able to change their PSN names, to which Layden replied, “It’s a large piece of work, and it’s more complex than we… let me put it this way, I hope we’ll see events occur where you don’t have to ask me that question next PSX.” Take that as you will, but it certainly seems like things are in motion and that we might be able to, finally, get rid of that embarrassing PSN name, xXx_FR4GMASTER_xXx doesn’t seem quite so hardcore anymore.

MediEvil is being remastered for PS4

Originally released on the PlayStation back in 1998, MediEvil was a quirky hack ’n’ slash game that put you in control of Sir Daniel Fortesque, an untimely hero of a battle he never managed to fight. Fans of the title will be thrilled to hear that MediEvil will be receiving a remastered version for the PlayStation 4, with 4K visuals available for the PS4 Pro! We can’t wait to relive our PS1 gaming years.

The Last Guardian is Coming to VR

We’re pretty big fans of VR, so you’d imagine our joy when we heard that The Last Guardian will be receiving a standalone small-scale VR experience. Released on December 12, this small demo will let you experience The Last Guardian from a whole new perspective. Trico will look even larger and more imposing from the view of a little child and yet still super cute. Make sure to prepare yourself for the journey, because it’ll be emotional.

Shadow of the Colossus

Speaking of journeys, PSX 2017 gave us a look at Shadow of the Colossus, specifically, how it compares across the numerous platforms it has visited over the years. It’s astounding how the visual fidelity has advanced since it first debuted on our PlayStation 2s back in 2005 and again in 2011 on PlayStation 3. Now, on the PlayStation 4 Pro, the amount of detail in each of the colossi has to be seen to be believed, and thankfully you can do just that on February 6, 2018!

Spider-Man is making his triumphant return to video games in Insomniac Games’ take on the iconic Marvel franchise. Simply titled, “Spider-Man”, the game will dive into the friendships, struggles and life of Peter Parker and his nemesis of the game, Mr Negative. In the video documentary above, the team at Insomniac talk about the difficulties players will face as they have to take down Mr Negative, which means eliminating his mild-mannered and extremely generous alter-ego, Martin Li. Troubling decisions aside, we can’t wait to web-sling around skyscrapers!

What an amazing time for those in the games industry and gamers alike! It’s always great that developers can be recognized for their incredible efforts through The Game Awards and there’s never a dull moment at the PlayStation Experience, especially when we get to see so many of our old favorites returning in HD! What were some of your favorite moments from The Game Awards and PSX?