The campaign in the new Battlefront 2 is the cinematic experienced we all hoped for. 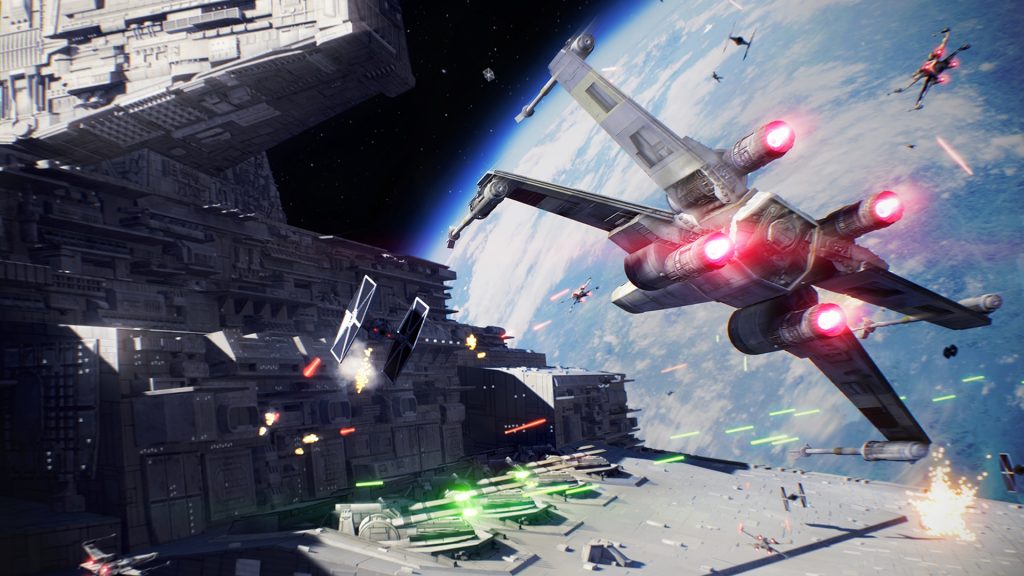 Star Wars games have come a long way from ten-a-penny third-party churnfests, and Disney’s heavy involvement with its new favorite franchise has seen them transformed into almost interactive cinematic experiences. The latest to blur the lines is Star Wars Battlefront 2, telling a tale of betrayal and redemption from the Empire’s point of view in special infiltrator Iden Versio.

The story fills in holes between the destruction of the second Death Star in Return of the Jedi and the other between-trilogy filler episode Rogue One. That means it’s chock full of new and old scenery and sounds, bringing that universe to life. We found ourselves marveling at the world around us several times through the game’s short campaign, and any Star Wars fan will appreciate these incredible moments. 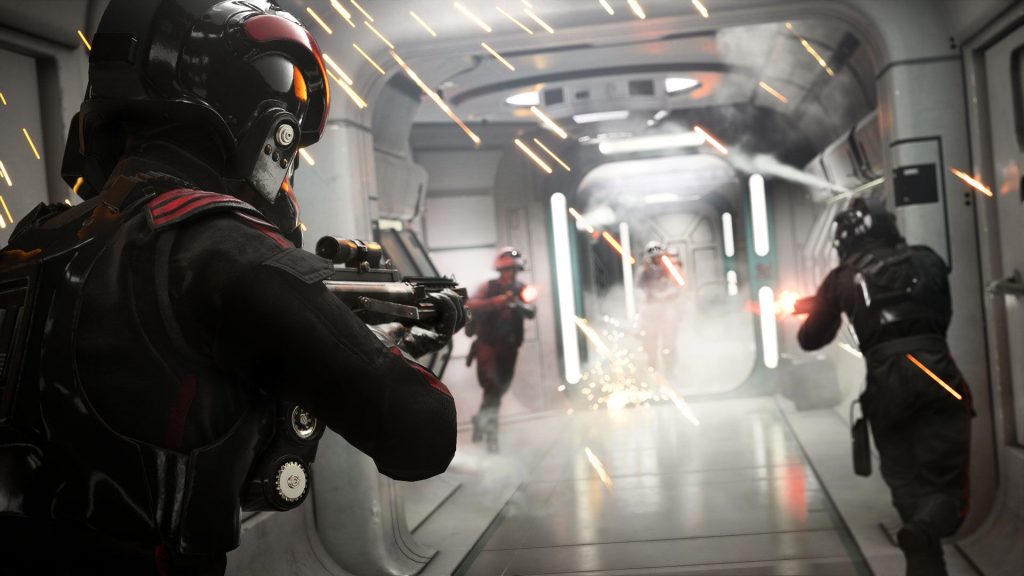 There are a couple of times you storm through the narrow halls of a starship in Battlefront 2, and interestingly enough you get to experience this on both sides of the Empire/Rebellion conflict. The opening level evokes so many of those feelings from that first scene in A New Hope, with Rebel shipmen holding angles at doorways and corridor stanchions, their bizarre helmets poking out in fear. But your second infiltration, after swooping into a Mon Calamari Cruiser’s hangar bay and gunning down any pilots attempting to take off, is a much more visceral experience.

After landing your TIE fighter, the remaining Rebel pilots flee deeper into the frigate, with screams of “The pilot’s getting out!” and “It’s just one commando!”, it’s clear the frantic nature of the battle – and your rapid assault on the ship – is too much for the alliance. As you relentlessly pursue them, they begin shutting doors behind them, but in some cases trap their allies on the other side with you. It’s a sadistic pleasure to play as the faceless Empire, hunting down terrified sailors, and definitely not one you’ll experience in the movies anytime soon. Pity.

We’re getting those Rogue One vibes.

The hunt on Endor

Endor is a big favorite of the new Battlefront series. The forest moon makes a lush, verdant arena for huge firefights, and fighting amid the aftermath of Return of the Jedi’s successful raid on the Death Star’s shield bunker makes for a great atmosphere. One of the main sellers of this is the forest’s ambiance and dynamic range. Battlefront has a great offering of audio setups, ranging from wide to narrow dynamic ranges to separate or compress sounds of different volumes depending on your gear.

For us, checking out Endor with a great gaming headset like the Stealth 700 for PS4, the wide band setting let us hear voices echoing across the forest, wind in the leaves and the crackling flames of downed starfighters. And when fights brought the noise you can still tell where every laser is coming from. 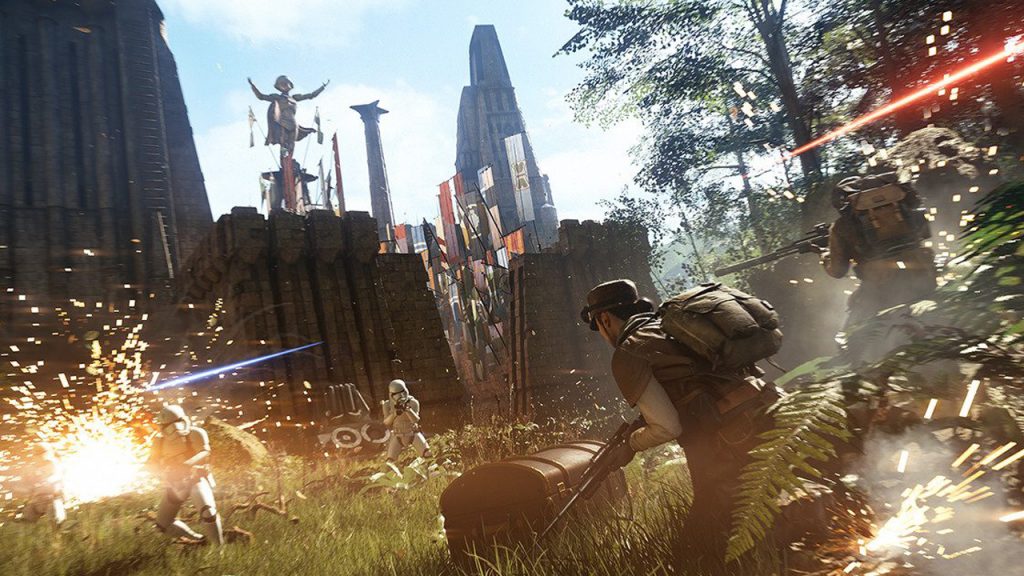 There are several levels that put you in control of various heroes from throughout the Star Wars universe, but Han Solo’s appearance in Maz Kanata’s seedy bar hideout was our favorite. Harrison Ford’s tones may be a bit too gruff to capture the roguish charms of a young – but bearded – Solo here, so long-time Ford stand-in John Armstrong steps in with a strong impression. Cruising around the castle-slash-bar for intel, the music and general murmur of overheard conversations could give Mos Eisley Cantina a run for its money as the biggest hive of scum and villainy in the galaxy.

It’s nice to hear what’s happening outside of our view of the Star Wars universe through some bar-side chatter, but what really got our blood pumping was the sound of the Falcon’s engine spinning up and the laser cannons defending this corner of the galaxy from Empire intrusion. There’s a lot to be said of Battlefront 2’s ability to weaponize nostalgia through its sound design, but probably more to be said of Star Wars’ enduring place in history. Who could have thought that almost 50-year-old laser foley work would be one of the best things in a new title? Not us, but we’re not knocking it! 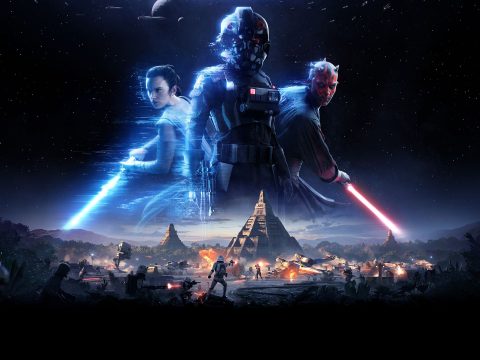 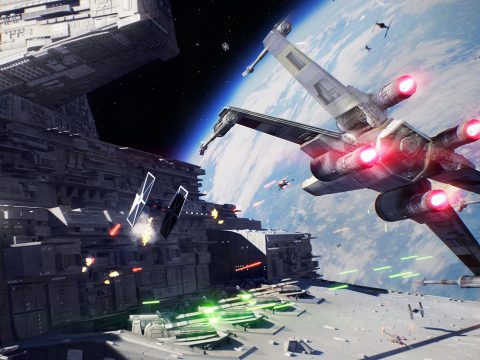 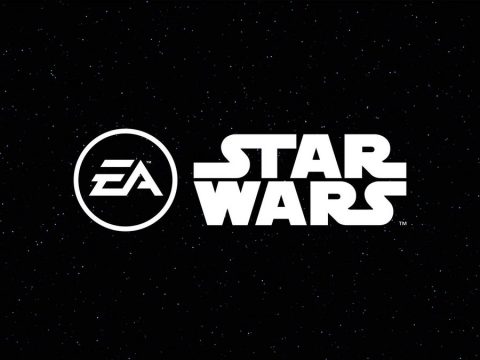