Earn some limited-time loot, dress up as a zombie, and participate in special spooky events in your favorite game!

It’s October now, and you know what that means, it’s the spooky season! People are getting ready to dress up as scary monsters and we’re all keen for some candy, but more importantly, games are throwing some spooky Halloween events. We’ve stared deep into the crystal ball to discover some of the best Halloween events in games for 2018! 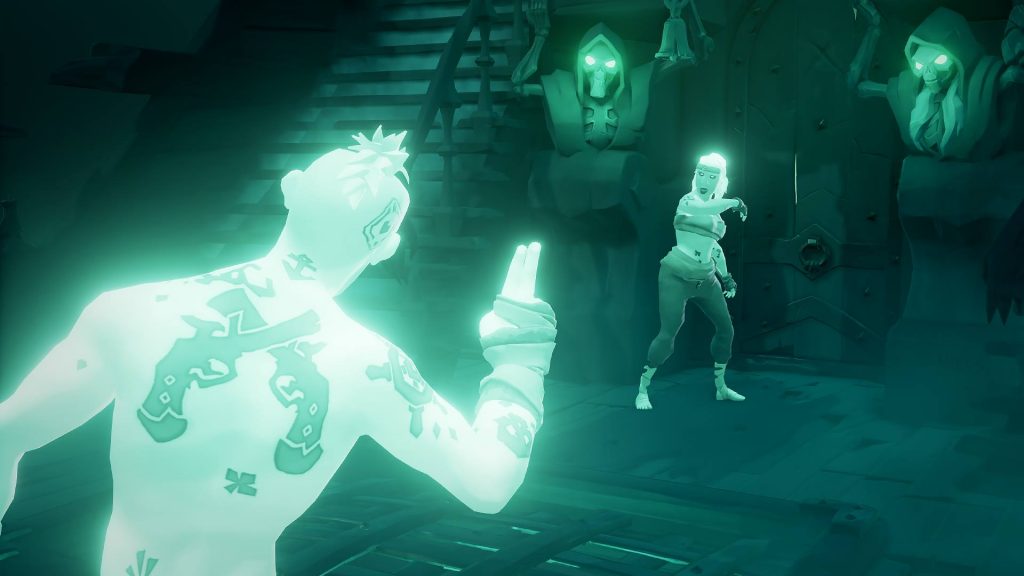 Rare continues to kick goals with Sea of Thieves, bringing players back in droves to explore the vast open world and fulfil their pirate-life fantasies. Sea of Thieves is celebrating its first ever Halloween with an in-game event called Festival of the Damned. This event seeks to celebrate the Ferryman who brings players back to life after falling from too high or being exploded by a skeleton.

Though Rare has been tight-lipped on exactly what the event will entail, they have let slip a few details about what players might be up to when the event begins on October 31. Whenever a player dies, they will be taken to the Ferry of the Damned where a new Well of Spirits resides. The flames from this well can be brought back to the world and used to decorate your ship or interact with the world in some way. 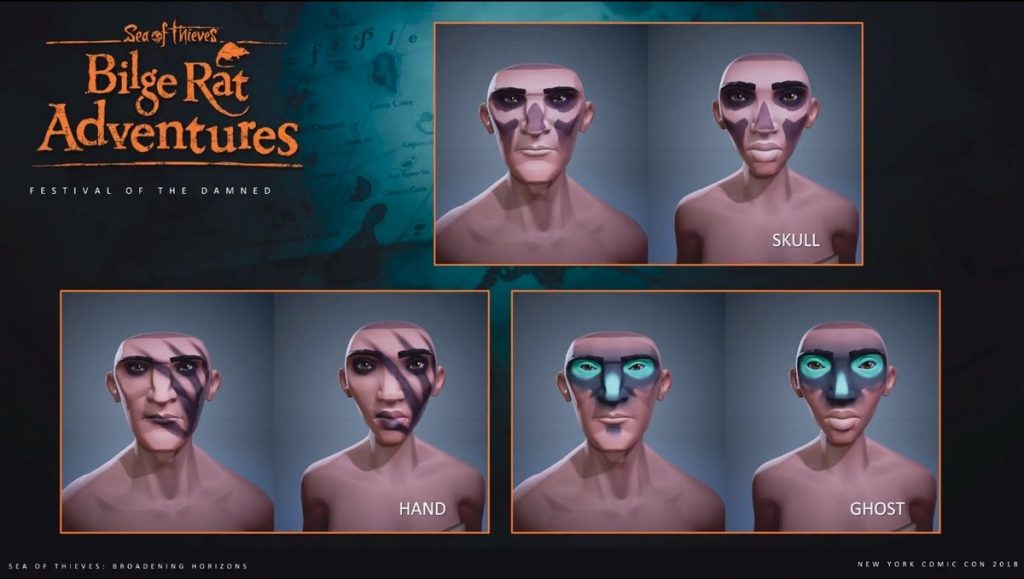 The Festival of the Damned will also be bringing with it an update that adds face paint as another cosmetic item players can use to customize their pirates. Of course, all these updates, and future updates, are completely free in Sea of Thieves! 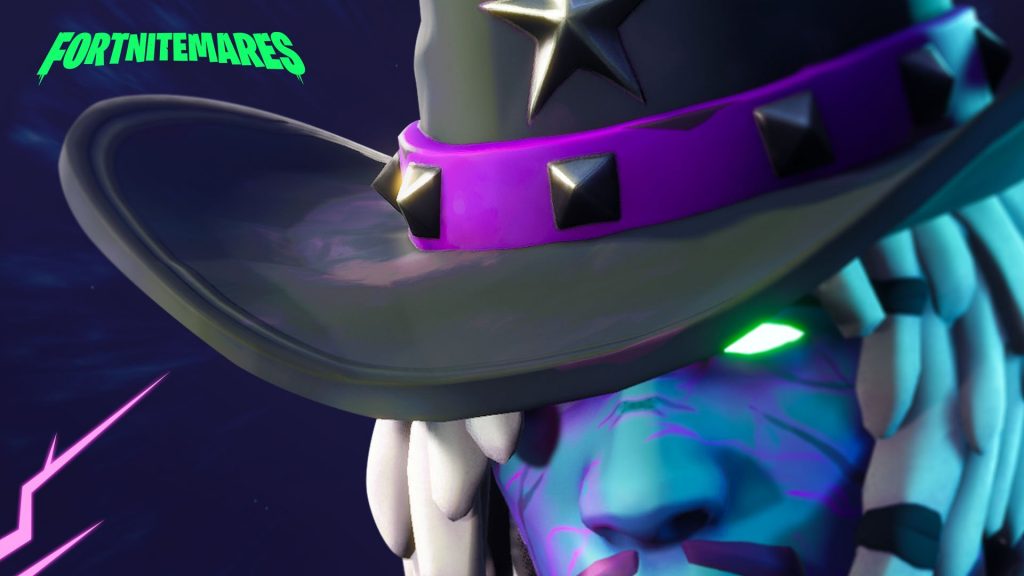 Fortnite is in a league of its own when it comes to special events, seasonal changes, and a constant supply of new content, and Halloween is no different. Cleverly titled “Fortnitemares”, the in-game Halloween celebration kicks off on October 24 and wraps on November 26, and although players don’t know much, Epic Games has been trickling out the teasers

The tweets have all been exceptionally cryptic, but they’ve done a great job at getting players excited for the spooky event! So far, these images seem to hint at some kind of undead cowboy, what with the blue-skinned, cowboy-hat wearing, dreadlock touting image, and of course the revolver. Though what the chained-up cube means is anyone’s guess. 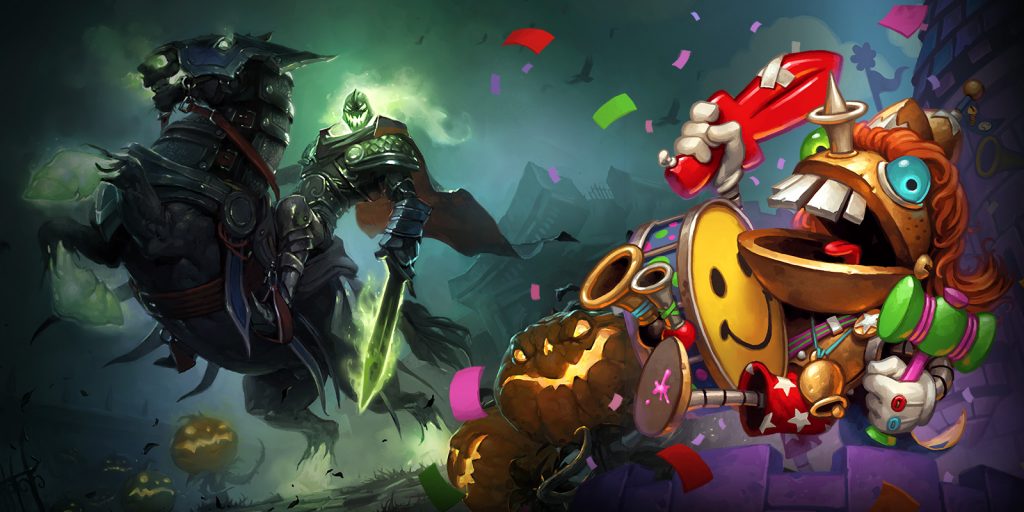 Blizzard’s Hearthstone isn’t skimping on the festivities as it brings Hallow’s End to the table. This spooky event includes a host of exciting goodies for players to earn and collect throughout the event, which kicked off on October 17. Players will have until October 31 to take on the Headless Horseman in a new Tavern Brawl or even some units from the Monster Hunt in the Monster Smash.

The Monster Smash Tavern Brawl borrows from the Witchwood’s Monster Hunt single-player by letting players take on the role of one of the monsters. As for the Headless Horseman Tavern Brawl, players will discover “a costume with its own deck featuring cards from several classes and a passive Hero Power”. 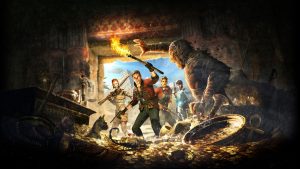 Read More: Everything You Need To Know About Strange Brigade

What would you get if you took Ghostbusters, Tomb Raider, and Left 4 Dead, and mixed them all together? The answer is Strange Brigade, a 1930s-themed, third-person shooter that tasks players with defeating waves of undead monsters in an attempt to track down an ancient evil. 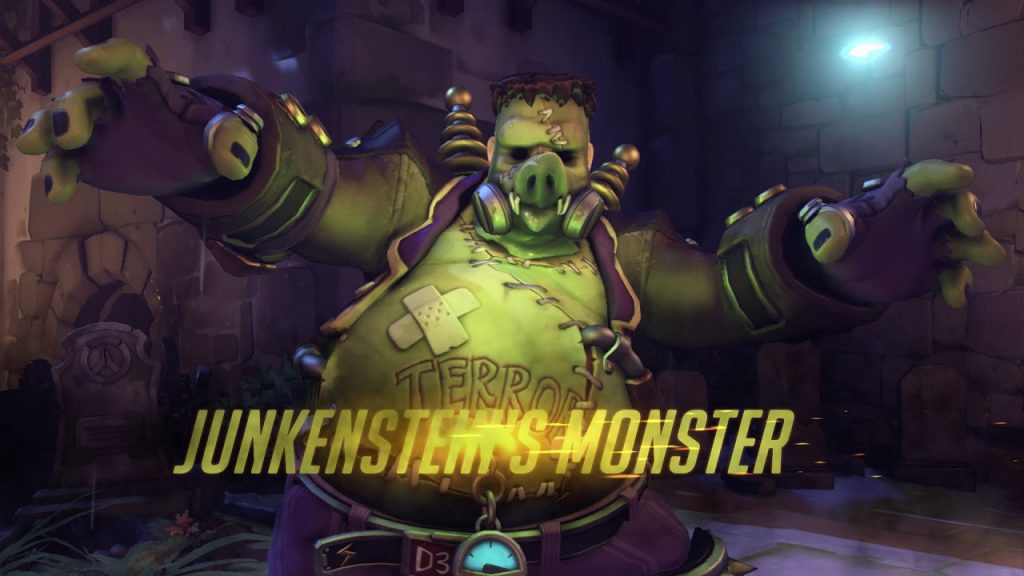 Blizzard’s other iconic title, Overwatch, joins in on the Halloween fun with its own in-game event featuring skins, limited-time game modes, and the chance for players to get any items they might have missed from last year’s Halloween Terror event.

Junkenstein’s Revenge makes a comeback and this time players can also play as Brigitte and Tracer. Endless Night is the other event that tasks players with surviving for as long as possible against unending waves of enemies.

However, the big draw is no doubt going to be all those incredible skins, highlight intros, and emotes that players can unlock. We’re especially fond of Bastion’s Zombie emote. 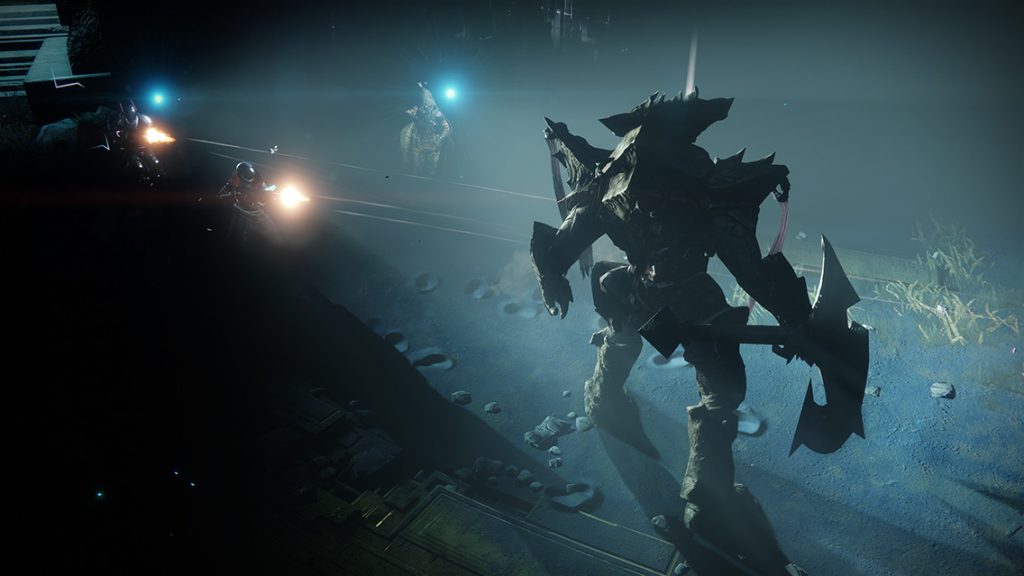 Since the release of Forsaken, players have been riding high on all the activities to complete and now Destiny 2’s Festival of the Lost adds more content for Guardians to enjoy. The Festival of the Lost event kicked off on October 16 and will be concluding sometime in November.

The event centers around a new activity called the Haunted Forest. This randomly-generated map takes players through a dark and spooky version of the Infinite Forest on Mercury, giving players 15 minutes to clear as many areas as possible. At the end of the 15 minutes, players are rewarded with a currency that can be used to purchase masks and a powerful weapon.

Also included in Festival of the Lost is a murder mystery starting on October 30. Players will need to solve the mystery of Master Ives, the Cryptarch from the Reef, who died under suspicious circumstances.

It’s such a lovely time of the year no matter where in the world you live, because it means video games are hosting their annual Halloween events. With scary skins to earn, powerful gear to unlock, and spooky game modes to play, it’s a great time to be a gamer.