If you don’t have these Xbox One X games for your Enhanced library, you need to get them ASAP. 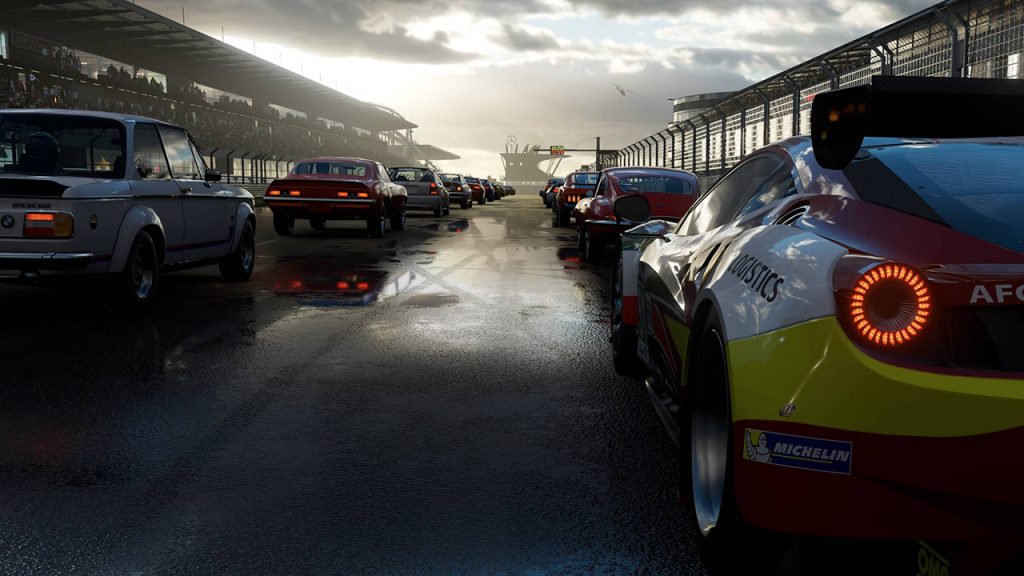 A new member has joined the Xbox Family! Offering true 4K gaming, 60fps, and a slimmer, sleeker design, the Xbox One X boasts better performance than any other console on the market. What makes its launch so damn good is that, unlike brand new console generations, the Xbox One X has an entire library of hundreds of games that can be played on it, what’s more, dozens of these games are playable in glorious 4K.

These games are elegantly labelled “Enhanced”, and the list of these gorgeous titles is continually growing. But right now, if we had to pick only a few, these are the best Enhanced games to play on your Xbox One X with your Xbox headset.

We absolutely loved Middle-earth: Shadow of War. From the grizzled action and ever-witty orcs to the fortress sieges and earth-shaking audio, Shadow of War had us riveted every step of the way. Now, with the arrival of Xbox One X, the game is looking absolutely stunning, even more so than it did before!

By taking advantage of the power of the Xbox One X, Monolith Productions has pushed Shadow of War to the limits. If you’ve got a 4K television or computer monitor, the visual fidelity of the environment and action around you is remarkable. Though the visuals and improved framerates are the main selling point of the Xbox One X, we can hardly pass up an opportunity to tout Shadow of War’s phenomenal audio.

As we mentioned in our breakdown, Shadow of War uses audio to make every attack and sword swing sound brutal, every battle is full of fear and rage, even the ebbing and pulsing musical score sets the scenes perfectly. If you’ve got an Xbox One X and want to test its power, pick Shadow of War.

It’s hard to believe that Gears of War 4 is already a year old, and yet the team over at The Coalition has done an incredible job at enhancing its visuals. Gears of War 4 is able to exploit the Xbox One X’s 4K capabilities as well as its HDR functionality in order to generate some truly unbelievable detail.

The series is known for its explosive set pieces and now thanks to the Xbox One X, these are some of the most visually stunning and jaw-dropping moments in gaming. On a more personal level, when you’re face-to-face with a Locust and you’re chainsawing it in half, the visceral carnage is immaculate, with the audio supplementing every action with booming sounds.

With Windows Sonic enabled on your Xbox One X, your XO THREE are transformed into a virtual 7.1 surround sound device. The allies fighting the Locusts on your back-right sound as if they’re really there, the commotion and dogfighting in the sky sounds as if it’s happening right above your head – every element comes together to create an adrenaline-filled experience.

We’ve spent some time traveling around the sandy dunes of ancient Egypt in Assassin’s Creed Origins before upgrading to the Xbox One X and even more time slinking around after, and we can safely say that the Enhanced version is phenomenally more beautiful.

There are details in Assassin’s Creed Origins you won’t even know exist until you see it in glorious 4K. The subtle rippling of the oases, the fronds of palm trees, the bugs and cobwebs covering the inside of tombs, every pixel of Ubisoft’s latest entry in the series exploits the power of the Xbox One X.

Even the atmosphere of Assassin’s Creed Origins vies for your attention. As you walk around your hometown of Siwa you can hear people call out to you, welcoming you back. The markets buzz with life as the townsfolk barter over prices. The animals in the distance chirp, sing, and growl as they fight and live their own lives. We can’t wait to spend the holidays adventuring around Assassin’s Creed Origin on our Xbox One X.

Fans of cars, racing, and tinkering under the hood of mechanical beasts were already in love with Forza Motorsport 7, and that’s before the series landed on the Xbox One X with 4K and HDR. There’s no way of accurately describing just how stunning the visuals are in Forza Motorsport 7 as you’re flying around Nurburgring or as the sand gusts across the road in Dubai, it’s something you just need to experience.

Sure, the visuals are impeccable, but just like a lot of games on this list, the audio quality is to be admired. The way every vehicle sounds unique, the tension you can feel as you hear the tyres gripping the surface of the track in different ways, or even the way you can hear a competitor catching up behind you – especially when using our Elite Pro gaming headset – makes Forza Motorsport 7’s audio a feather in Turn 10 Studio’s hat.

Call of Duty: WWII has blasted its way onto our consoles and gaming PCs with a ferocity like that which hasn’t been seen in years, and now, thanks to the Xbox One X, it hasn’t looked better. We’ve already dived into the single-player and have been blown away by the incredible moments in the CoD: WWII campaign, and we’re ready to do it all again in eye-melting 4K.

The moment you land on the beaches of Normandy everything will make sense. Seeing and hearing the sights and sounds of that horrific day in 4K is equal parts awe-inspiring and horrifying. Never before has a game set in World War 2 so aptly captured the terror and chaos of that fabled assault.

If you’ve got a 4K TV or monitor – or plan on upgrading your gaming setup – you absolutely need to experience gaming on the Xbox One X. With titles being added to the Enhanced library every day, there will always be something new for you to experience in 4K, but for now, these are some of the best Enhanced games you need for your Xbox One X.