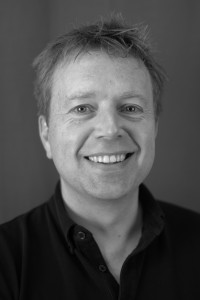 We’ve seen a lot of Sci-Fi games over the years what makes Fractured Space so different?
Fractured Space is about playing in the BIG ships. I always wanted to see a game where you piloted big ships (capital ships) due to watching so much Star Trek, Battlestar, Star Wars and playing board games like Star Fleet Battles and Battlefleet Gothic. Nobody has done it our way where you get to control such huge ships, but at the same time your skill with shots matters rather than it being more of a removed experience like in an RTS or an MMO. And not only do you get to fly these giants, but you get to fight other players online and prove yourself as the best.

You seem to have taken a lot of community feedback on board. How has it evolved from your original vision?
The game sure has evolved. The original idea was something like World of Tanks meets League of Legends in Space. But there have been influences from all over. There are new games we enjoy, players play in different ways these days, e-sports has grown, technology has progressed and importantly the way we have developed, which has been a mix of open development and early access has meant that instead of building a game in secret, we have made a game in the open and asked our players at all times what they think. Our community has influenced decisions on features, balance and timing of when we do something, not only that but they have been very supportive and just plain awesome!

Given the team play element Fractured Space seems ideal for eSports – is this your aim for the game?
We’re focused on getting the game fun to play and properly balanced. That being said the game is about 5-vs-5 team based competition and we are already seeing teams being formed for casual tournaments. We’ll help set those up and see where we go from there!

Tell us a little about the audio – how have you managed to create an atmospheric world out in space?
Obviously you actually wouldn’t hear anything in space really, but with a healthy diet of sci-fi movies we all expect there to be audio drama. The music, weapon systems, special abilities and crew voice overs all play a part in building tension and raising adrenaline levels.

Can you tell us something about the look of different ships?
Our ships are the stars of the show, so we take huge care with ship design. They need to be believable, essentially something which could conceivably be built in the future. We have three different manufacturers, each with their own style and visual language. USR are stacked cylindrical modules with NASA style details, Zarek Industrial is composed of brutalist cubist shapes with layering and exposed structural details while Titan Defense Systems is based on naval vessels.

It’s all about 5-vs-5 so what five words would you use to describe your game?
Multiplayer, Online, Battles and Massive Ships! Can I have a few more? Strategy, Tactics and FUN!