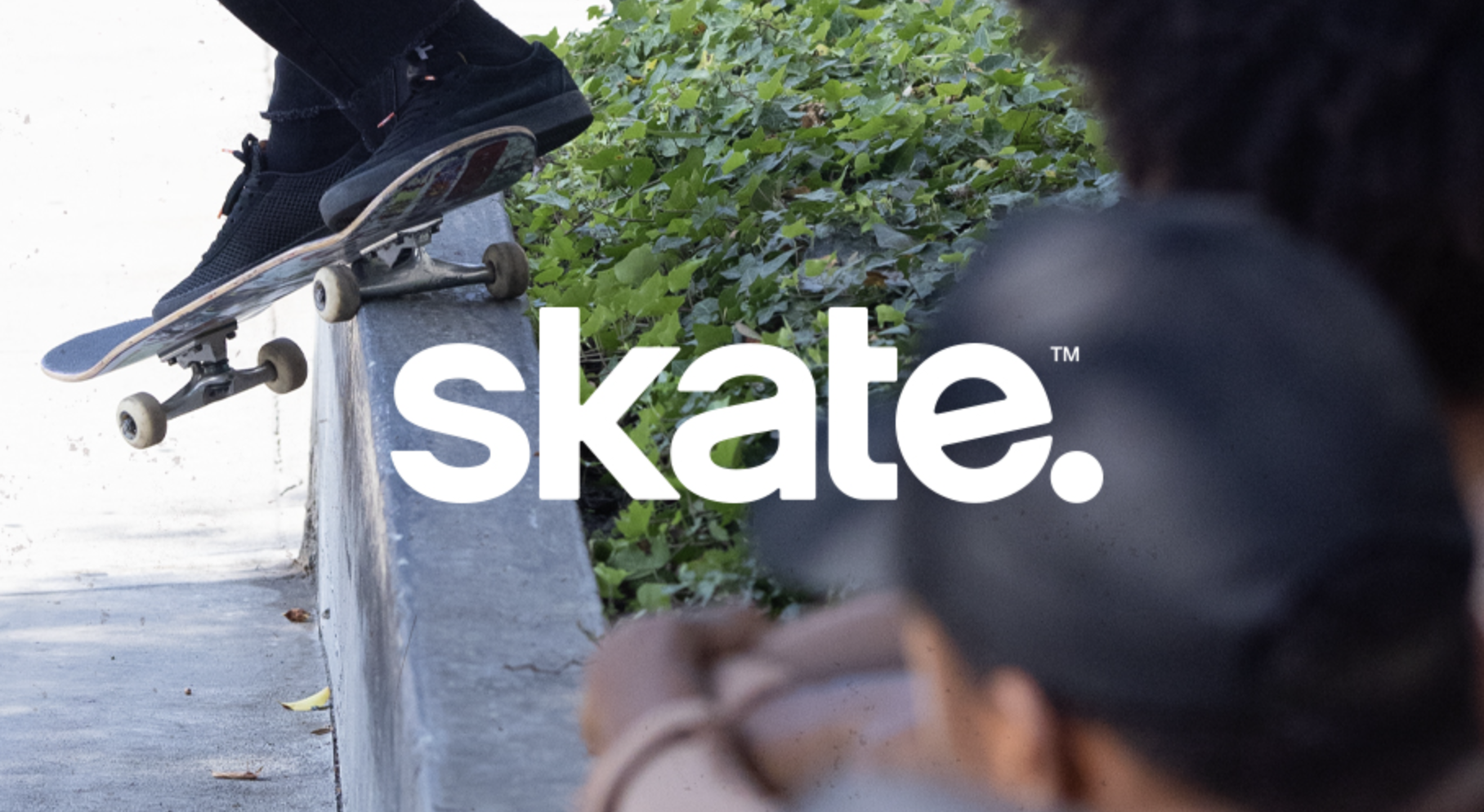 The last Skate game kickflipped into our lives in 2010, but ever since we’ve not heard a peep from the series despite calls from fans to bring back the legendary EA Blackbox title.

Finally, after fans ‘wished Skate back into existence’ a new game was announced at EA Play in 2020, capitalising on fan requests and a new resurgence of skateboarding titles such as Tony Hawk’s Pro Skater 1 and 2, Skater XL and Session.

Though we’ve still got some time to go before the game eventually launches, we’ve compiled all the intel, leaks and more news about the next entry in the series just below. So read on for everything you need to know.

Despite a report from Tom Henderson suggesting that Skate 4 was “much further along in development than people may have thought”, it definitely isn’t ready yet.

To show that, EA has revealed a new trailer with in-development gameplay described as “pre-pre-pre-alpha” which you can watch here.

Still, it looks impressive, and the trailer confirms Full Circle are “still working on it,” but would like to invite players to sign up to playtest the game.

“We told you we’re back, and we’re still working on it – but it’s time for you to see what we’ve been up to. It’s still early, but we want to get this right and that means we want you to be a part of it. Become a skate. insider at http://skate.game/insider for a chance to play, provide feedback and help shape the future of skate.”

For those wondering an FAQ confirms there are no requirements to sign up, other than being over the age of 18. However, due to its popularity, not everyone will get a chance to play. EA Notes that they will be “inviting players to participate in playtesting based on varying factors defined by our goals for testing at that time in development.”

Follow the link above to learn more and watch the new trailer just below.

A new report has been released today from Tom Henderson in which sources close to the leaker have suggested that Skate 4 will be revealed next month (July).

“It’s understood that the game has been undergoing extensive playtesting these past few months with the title being much further along in development than people may have thought.”

EA and Vancouver-based studio Full Circle have not announced any plans to reveal the game in July, but Henderson is usually pretty on the money so we’ll have to wait and see what happens.

It’s also worth noting that the show’s creator Geoff Keighley has let fans know that the show will be “primarily focused” on already announced games. But this isn’t to say it won’t have some new game announcements. Plus with EA confirmed to be part of Summer Game Fest, it sure would be a good time to see some more footage of Skate 4 and learn how things are going with the team at Full Circle. One can only hope.

Skate 4 Release Date – When is Skate 4 Coming Out?

At the time of writing there is no release date for Skate 4, but all signs suggest it’s still quite a way off from launching.

To give you some perspective, the game was only announced in 2020, where it was said to be in the very early stages of development. Shortly after, the official Twitter account confirmed that a development team had been formed in January 2021.

More recently during EA’s Q3 2022 earnings call EA CEO Andrew Wilson suggested that the game will “launch soon”, however, based on the gameplay leaks we’ve seen (more on that further down), it still looks as though the game is in a pre-alpha stage. We imagine that the game won’t launch until 2023, at the earliest. 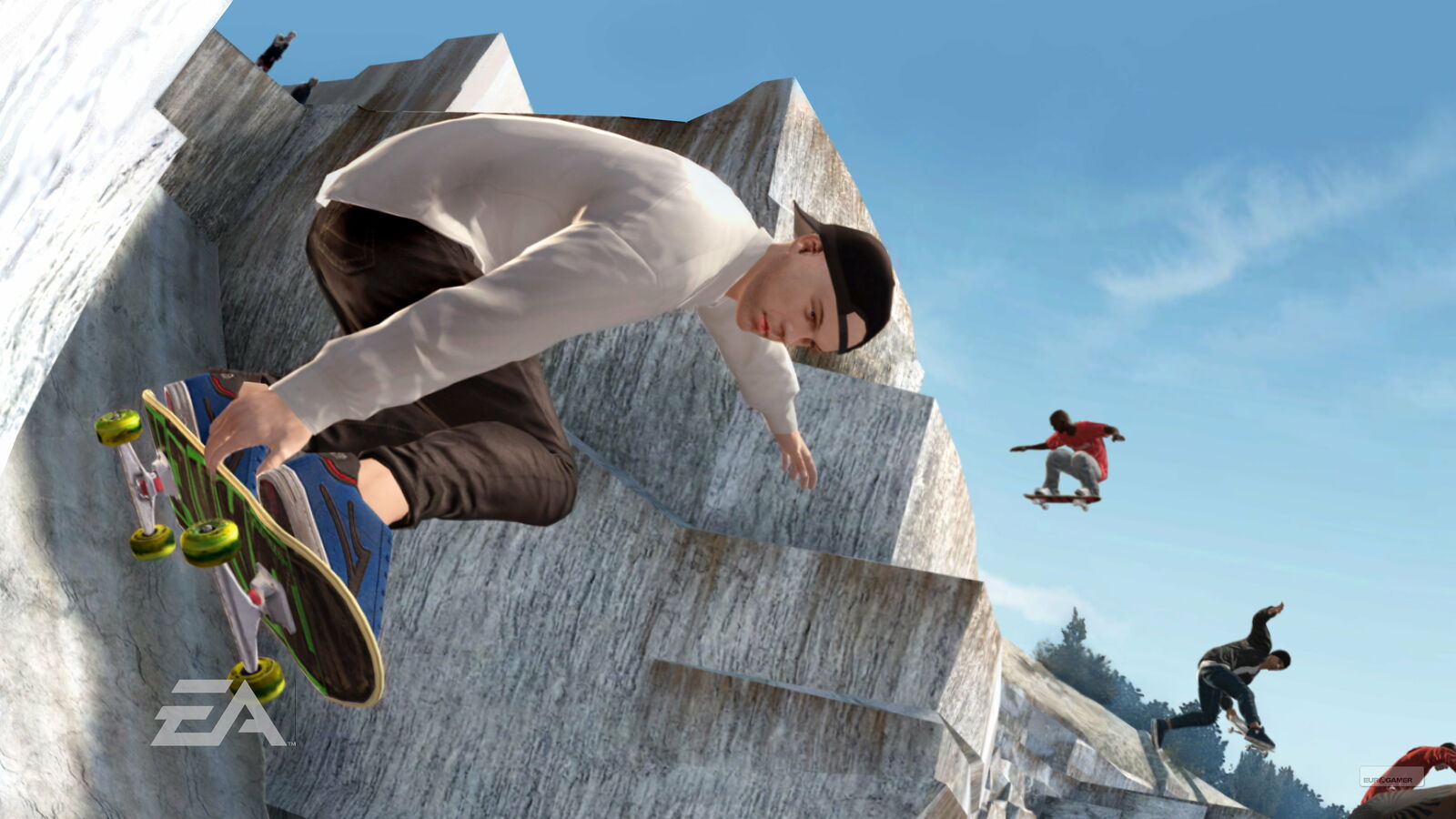 One of the biggest leaks we’ve seen from Skate 4 involves some pre-alpha footage which was shared on the Odysee video app.

Supposedly the footage originated from an early Skate 4 playtest in April 2022, that’s according to reliable industry insider Tom Henderson. The footage was later circulated to other sites, and you can watch some of it just below from Jeff Grubb’s Twitter feed.

Grubb later suggested that the footage is in line with what he’d heard about the state of the game from multiple people.

“They’re trying to get the feel right, which is probably the most important aspect of a Skate game,” Grubb told fans. “To me, this is all exciting. It looks like the emphasis is on the fluidity of the animation, and it seems like EA is making good on its desire to give all its devs ample time to prototype (the Respawn method).”

To me, this is all exciting. It looks like the emphasis is on the fluidity of the animation, and it seems like EA is making good on its desire to give all its devs ample time to prototype (the Respawn method).

Whilst you can see some of the actual gameplay in the above leaks, one of the more interesting gameplay elements we’ve heard discussed involves user-generated content. It’s an aspect of the game that EA CEO Andrew Wilson has been talking up for some time.

“You take a game like Skate, and while skateboarding in and of itself has tremendous appeal to a huge, global audience, there’s also another secular trend that’s happening inside our industry around user-generated content, open-world and interaction,” Wilson explained in an investor call.

“For many people, skateboarding isn’t just a sport: it unlocks their access to art, culture… if you follow a guy called Nyjah Huston on Instagram, who’s one of the world’s great skateboarders, you’ll discover that he’s a young guy who started out skateboarding, but now is a fashion and art icon who lives in a big house in Beverly Hills and drives around in a Rolls Royce.” 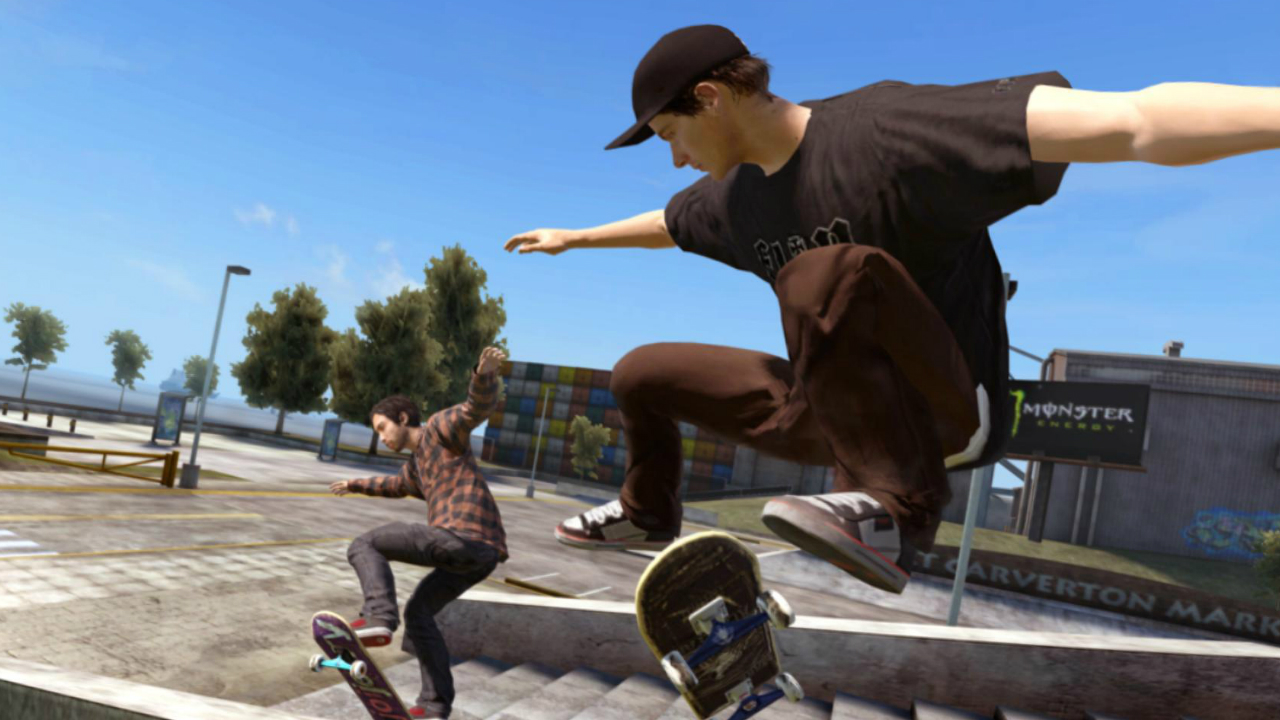 Jeff Grubb (via quotes transcribed by VGC) has supposedly spoken to people who’ve worked on a new online free skate mode which lets users hang out and build skateparks together.

“They are going to be taking some modern stuff, specifically the kind of stuff you might see in a Forza game or a lot of modern online multiplayer games, where you’re going to have a lot of customisation options for your character, a lot of skins, skins for your board, things like that,” Grubb said.

“And there’s going to be a lot of user generated content, where you can wrap up your board with some crazy stuff that the community has made – they’re going to really emphasise that stuff.

“This is a mode where you are hanging out with your friends or anyone else who is going to hop onto the server, and then anyone on the server can say, ‘hey, does anyone want to try and lay down some tricks with me over here on this thing?’

“And then someone can lay down the skate park stuff required to do that in real time with everyone else right there and just say, ‘here’s the ramp we need to make this happen, there it is, now everyone start doing this.’

“And people can work together to make these parks all at the same time. You can add stuff, delete stuff on the fly, and the people that have played this mode said this was kind of the standout where it was just really fun to do that with friends and with other people.”

Rather than giving Skate 4 to one of Electronic Arts existing development teams, the publisher decided instead to announce the formation of a new studio based in Vancouver, called Full Circle.

Under the leadership of Daniel McCulloch, who has a strong history of connecting players with great games as the former Head of Xbox Live at Microsoft, the team is coming together to create rad experiences and redefine the way gamers create content that can be shared with the Skate community.

“The fans wished Skate back into existence and we want them to feel involved in the process from development to game launch and beyond. We want them to feel like they are a part of Full Circle,” said Daniel McCulloch, GM of Full Circle. “We’re all about having fun and making great games that people want to play with their friends. And, we’re looking for more developers to help us build compelling worlds for players to explore.” 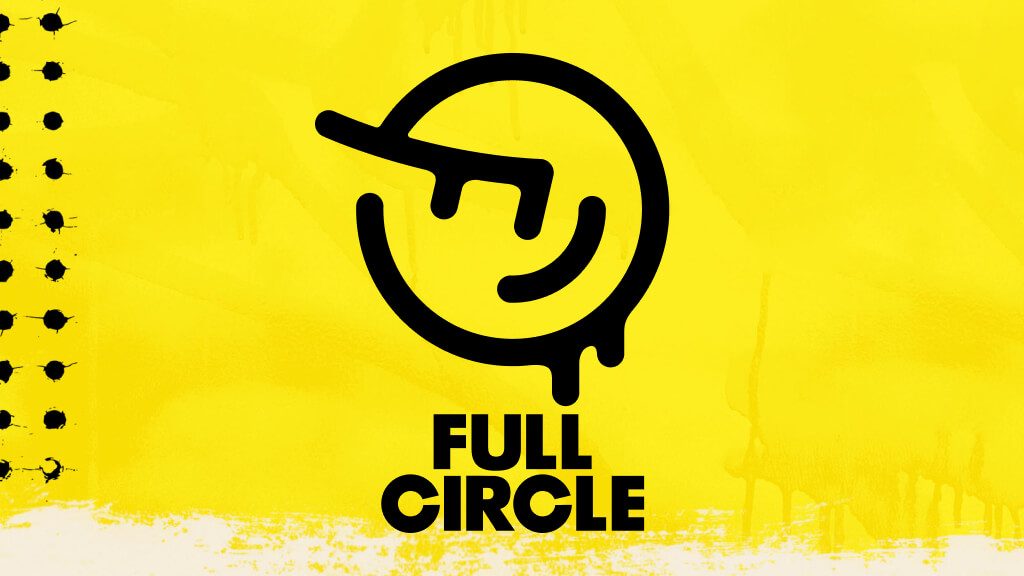 Many will remember that it was EA Black Box who created the original games, and the good news is that some of that team are returning once again. Skate’s creative leadership, Deran Chung and Cuz Parry are back, both having been integral to the creation of the franchise and the development of all three original games. They are excited to bring their passion and knowledge of the skate culture as they help lead the charge on the next evolution of the franchise. The development team is also looking for great talent to grow with positions currently open for artists, designers and engineers, with more to come throughout the year.

“We’re so stoked to be back working on Skate,” the pair said. “Some would say things have come full circle.” 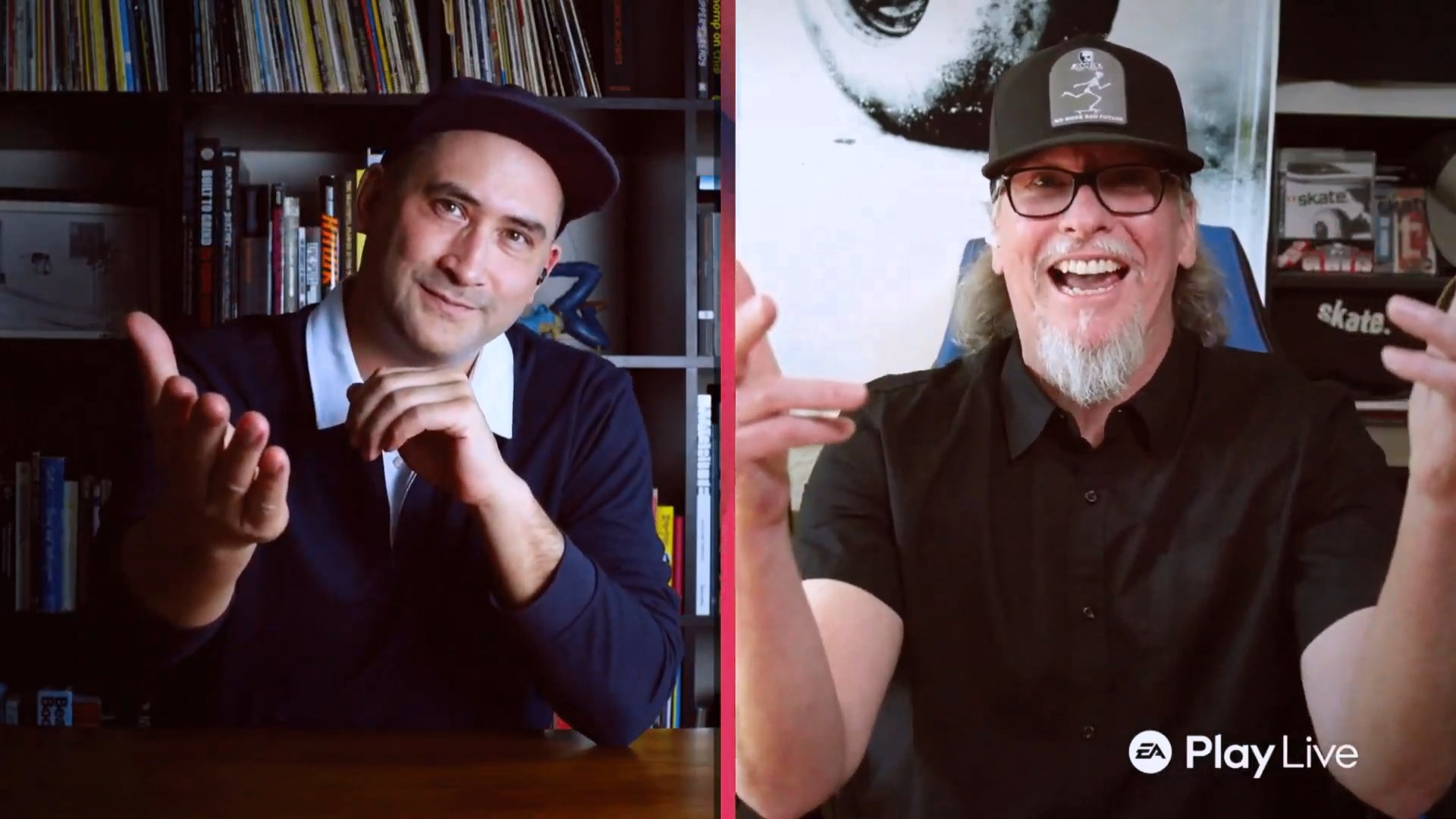 The big question is whether Skate 4 release on PS4 and Xbox One. Whilst there’s been far from any confirmation on that front, we would have to imagine that Skate 4 will skip the older-gen consoles.