In a world of loneliness, Sea of Solitude is a journey appropriately weighed down by a wet atmosphere enhanced by a tapestry of visuals and sound. 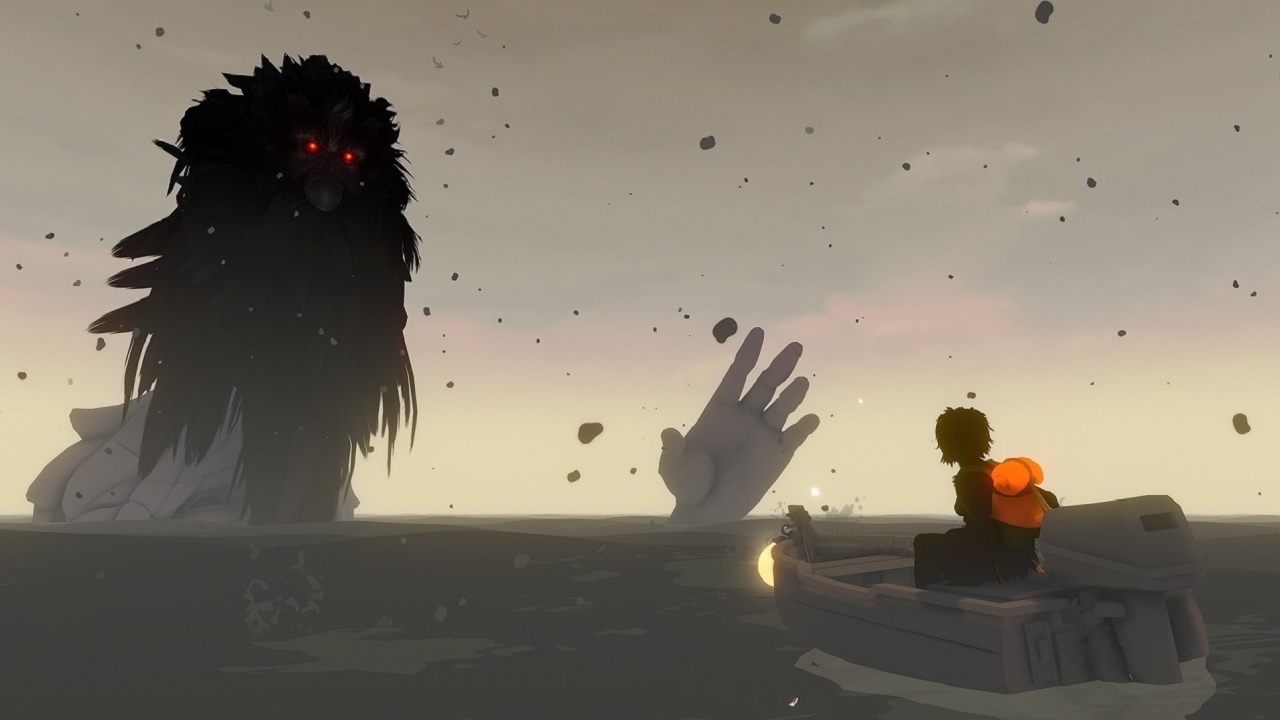 Sea of Solitude director Cornelia Geppert pulls no punches about her feelings and her interpretations of them. The game was designed in response to an emotional break-up in her life and the myriad of emotions she experienced and worked through in response to it. And so it stands to reason that Sea of Solitude is heavy from top to bottom, drenched in feelings of melancholy, confusion, and doubt, and punctuated with glimmers of hope and light that keep the player moving forward.

What Is Sea Of Solitude About?

On its surface, Sea of Solitude is an adventure game set in a city submerged in water. The players play Kay, a darkened human-like woman riding a small boat through the confines of the city. Without any knowledge of why she is there or what has happened to her, Kay is hunted by enormous monsters that jab at her sense of self as she attempts to make sense of it all. Only the glimmering ray of a lighter being gives her reason to move forward. 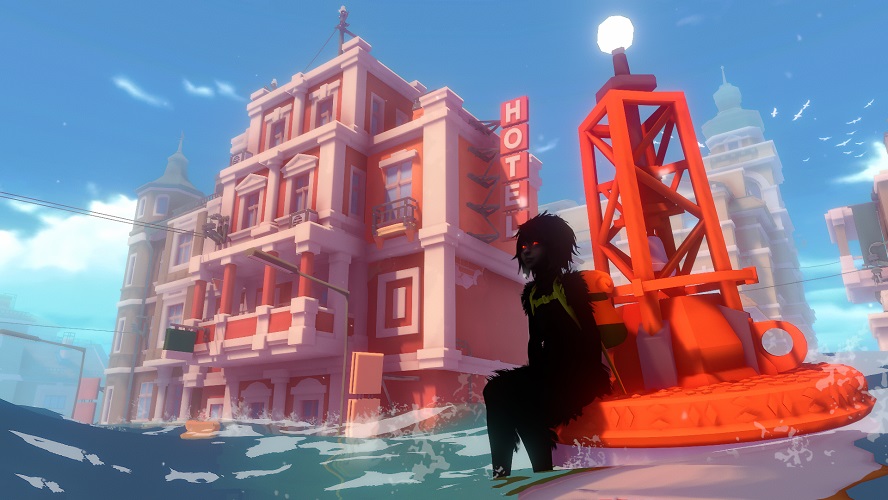 Light doesn’t stay long in many points of Sea of Solitude, but the temporary relief feels worth fighting for.

Along the way, Kay challenges the various monsters, coming to understand more about what they are and, in turn, more about herself and where she is. Flares of light that allow her to assist the light being to bring cut through the dreary darkness in the world, help her battle against the oppressive monsters, and deliver moments of relief in Kay’s journey. The emotions are thick and the sense of pain and the journey through it in Sea of Solitude is blatant. And yet as downtrodden as the journey can seem and as fleeting as the brighter moments are, we get a firm sense of what the director felt was needed in order to arrive at their own reasonable destination in all of the turmoil.

Recommended: Stealth 300 for Xbox and PS4

The Turtle Beach® Stealth 300 gaming headset for Xbox One and PS4™ Pro and PS4™ delivers powerful amplified sound to immerse you in your games, movies, and music.

The Sounds & Sights of Solitude

Sea of Solitude’s thematic journey is heavily pushed by the dialogue and imagery throughout. The overbearing shelled beast that blocks Kay’s path and calls her useless, the fast-moving creature that follows and threatens to devour her for a good portion of the game, the jeering and numerous smaller little creeps chasing after her – all of these beings bear a striking resemblance to not only obstacles Cornelia faced, but the outer and inner forces many of us likely experience in our own painful moments. These looming entities may be driven off and banished at times, but it often feels like they are never far away. Just as well, the gleaming being of light that brings some sense of peace to the world often feels fleeting in the face of another threat, and yet also worth fighting to see again for the moments of safety and solace it brings.

Pervading all of this is the depth of sound and music employed throughout Sea of Solitude. The constant raindrops and swaying swish of the waters below bring a constant and accentuating dampness to the emotions that are blatantly present. Even when the sun shines for a brief moment and the sparkles and chimes of joy bring that aforementioned temporary peace, the sound of raindrops still linger in the background, reminding one that drearier feelings are never far away. 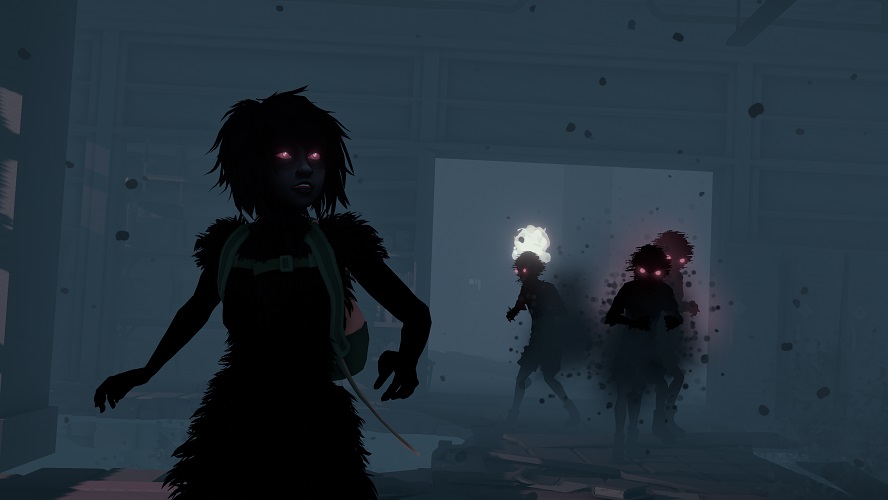 Sea of Solitude’s monsters takes on many forms, each probing at insecurities under the surface of the physical danger at hand.

The string section of this game’s sound and music does a particularly good job of instilling dread. The rumble of bass strings bring awareness of a catastrophic foe and its increasing volume raises the alarm at how close that terrible thing is to Kay. The stings of sharper violin moments bring an appropriate sense of fear when the danger has taken full notice of Kay and is actively moving in to do her harm. All throughout the journey, the music of Sea of Solitude works in tandem with the sound effects to arrive at the heavy-handed emotions on display in the visuals of the game.

Sea of Solitude is on-the-nose, to say the least. It’s hard to be confused about what Geppert was going through as she put this journey together. Nonetheless, the heavy-handedness of the experience doesn’t make it any less valid. The visuals and sounds in Sea of Solitude create a well-realized expedition of pain into peace, no matter how brief the latter seems. As many of us often deal with our own demons in our own ways, it’s a strong look at how one type of person dealt with theirs. It just happens to also be a gorgeous visual and aural experience in both its joy and melancholy along the way. Sea of Solitude likely won’t be a game for everyone, but as a game exploring the mental battle between depression and the search for relief from so many negative feelings, it is a powerful one.

Sea of Solitude is available now on Xbox One, PS4, and PC. 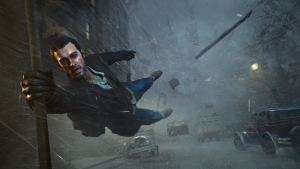 Read More: The Sinking City’s Use Of Audio Is A True Bone Chilling Experience

H.P. Lovecraft was a legend in the world of Horror, and The Sinking City from developer Frogwares is a perfect way for any video game player to experience the kind of worlds that Lovecraft was known for creating.