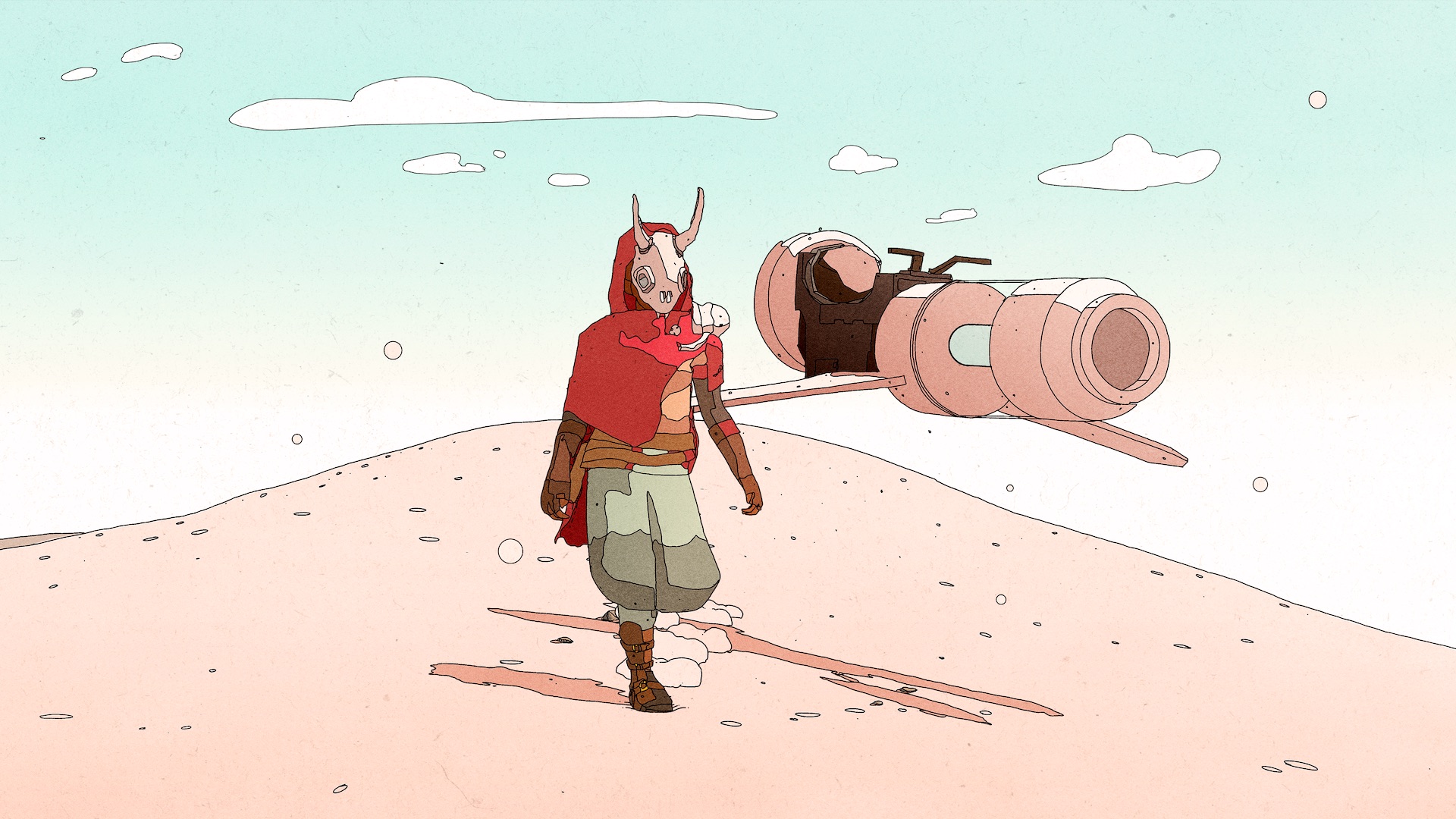 Interestingly the PS5 version of the game will be released with several new features, including a new fishing mini-game, and support for the DualSense wireless controller’s haptic feedback.

Take a look at the new trailer (below) released earlier today:

If you’re still wondering what Sable is actualy about, have a quick read of the official description from Shedworks:

Embark on a unique and unforgettable journey and guide Sable through her Gliding; a rite of passage that will take her across vast deserts and mesmerizing landscapes, capped by the remains of spaceships and ancient wonders. Explore the dunes on your hoverbike, scale monumental ruins and encounter other nomads as you unearth mysteries long forgotten and discover who she really is behind her mask.

Though Sable is visually stunning, one of the biggest issues we recall hearing when the game first launched was surrounding performance issues experienced by several reviewers. Hopefully, this new update for the PS5 will have ironed out some of those issues as it truly is a gorgeous-looking indie.