Rockstar Outdid Themselves With Red Dead Redemption 2 On PC

After the longest wait, Red Dead Redemption 2 has finally come to PC, and Rockstar sweetened the deal with a wealth of great new features. 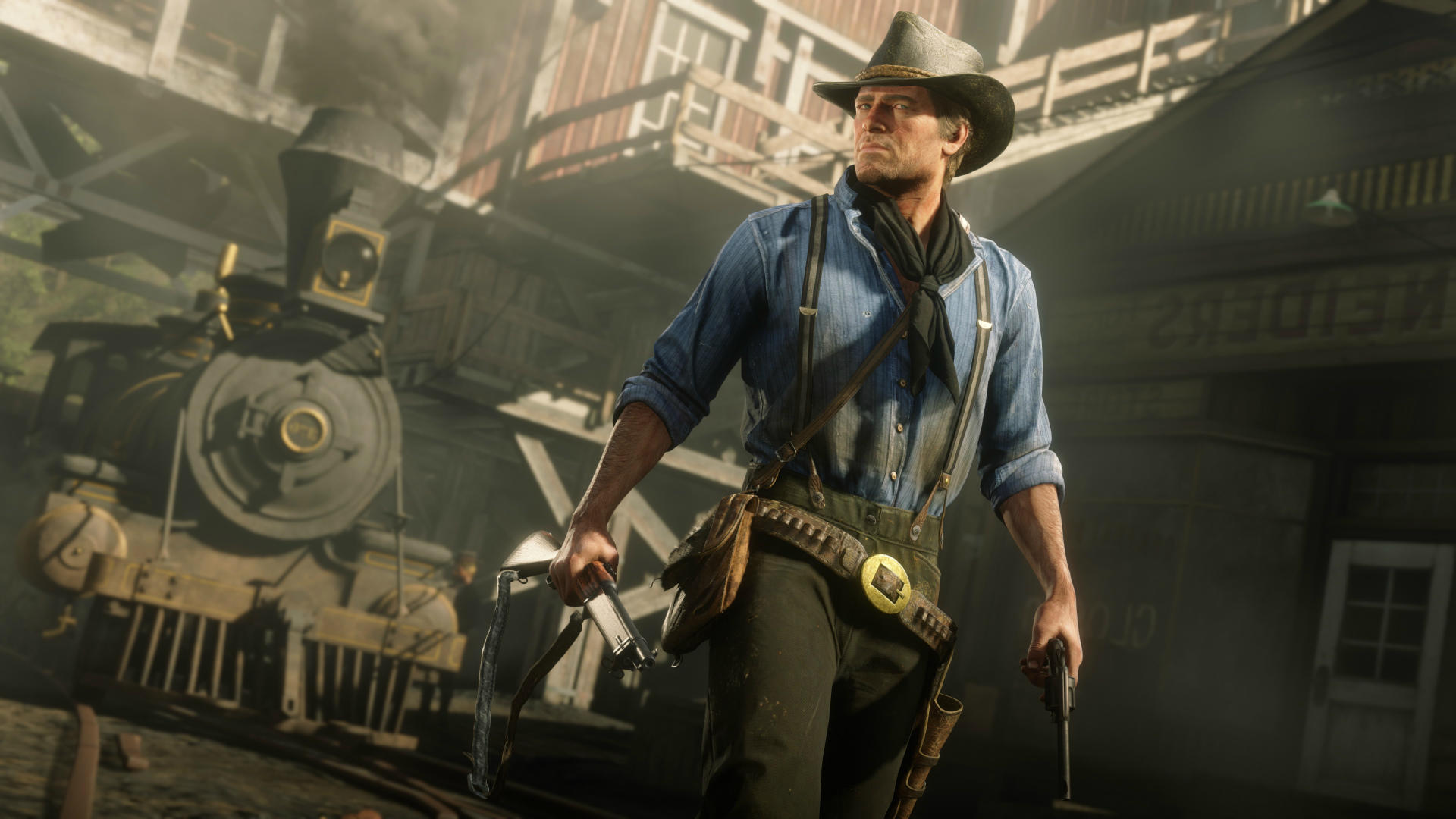 For the longest time, PC players have been left out in the cold when it came to the top-tier western outlaw adventure that came with Red Dead Redemption 2. Players have been waiting more than a year since the game came out on consoles, and finally that patience has paid off. Red Redemption 2 is finally available for PC on the Rockstar store and Rockstar prepared a wealth of optimizations and new features to go with it. What’s new to Red Dead Redemption 2 on PC? Well, we’ve gone the rundown on some of the best new bells and whistles to arrive in the game.

One of the main things to come of Red Dead Redemption 2’s port to PC was a slew of new options making the most of the visuals packed into the game. Red Dead Redemption 2 was already gorgeous, but Rockstar put together a suite of customizable options to get the most out of even the burliest of gaming rigs. Optimized draw distances, high dynamic range (HDR) support, and 4K and multi-monitor support are just a few of the visual tools and updates built to bring the most out of the journey through the wilds on your run from the law.

From top to bottom, Red Dead Redemption 2 on PC was made to be the best it could be without losing frames-per-second along the way, and so it just depends on what kind of mean machine you’re packing to take advantage of the available options in the game. 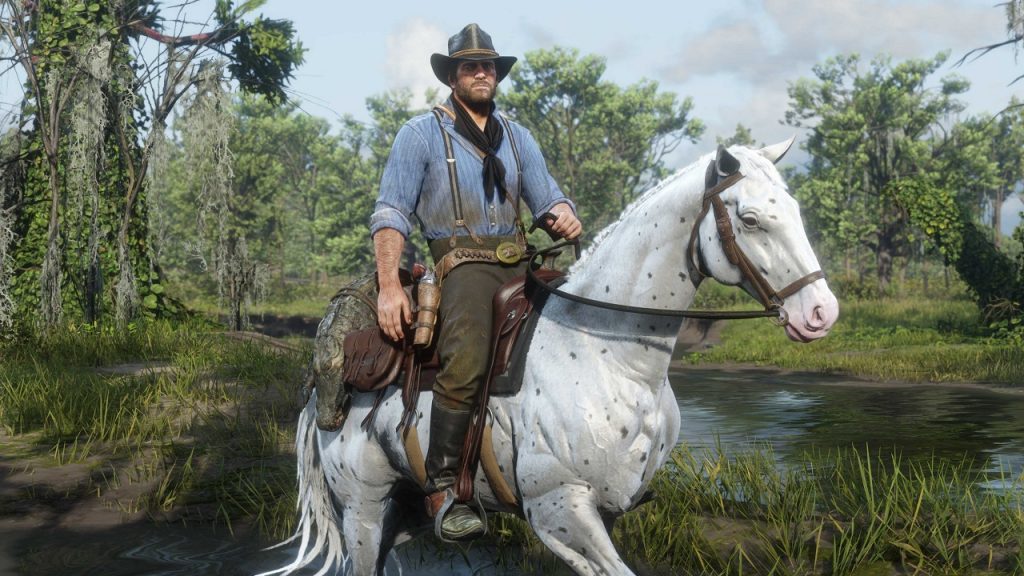 Between horses, weapons, outlaw bounties and hideouts, and more, Red Dead Redemption 2 on PC brings a lot of new goodies to the table.

Red Dead Redemption 2’s PC edition wasn’t just made for the people who haven’t played it before. It brings new and fresh content for players who might be returning to the journey. At the top of the list are three new bounties to hunt down and two new gang hideouts to clear. You’d best arm yourself to the teeth because each mark and hideout are brimming with cutthroats who will happily fill you full of holes to keep their leaders alive. If that wasn’t enough, there’s also a new story that will have you collecting plants and herbs all over the countryside for a wide array of helpful gear and rewards.

If you’re looking for new equipment to help you along either the new roads or the familiar ones, Red Dead Redemption 2 on PC has that too. Three weapons cross over from Red Dead Online exclusives to be of use in your regular arsenal, including the shotgun shell-firing LeMat Revolver, the ornate High Roller Revolver, and the high capacity Evans Repeater. They’re joined by an all-new clip loaded semi-auto pistol, the M1899. These weapons are also accompanied by new horses to tame (some also coming over from Red Dead Online, like the Red Chestnut Arabian) and all new trinkets with interesting new effects and boons.

It’s more than enough fresh equipment added to the regular array of gear to keep things interesting as you partake in the story of Dutch Van Der Linde’s gang with Arthur Morgan, but those looking to jump right into multiplayer aren’t getting left cold either. You’ll be happy to know that Red Dead Online is fully available in the PC edition of Red Dead Redemption 2. You can form up your gangs, partake in trading, bounty hunting, and plenty more right from the get-go. 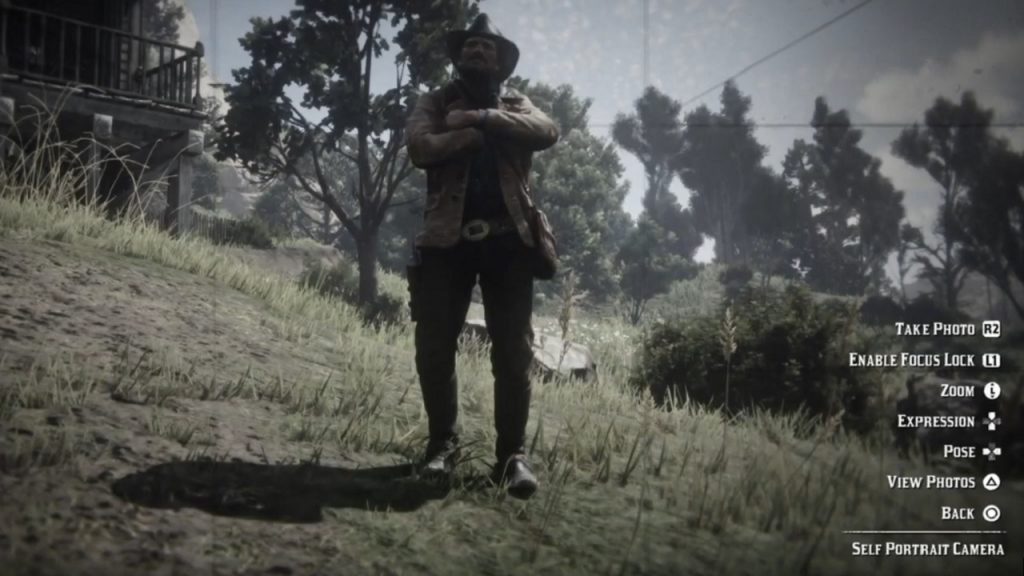 Beautiful games need a good photo mode, and Red Dead Redemption 2 on PC finally has one so you can immortalize the best and most beautiful (or quirkiest) moments in the game.

It’s almost extraordinary these days for a beautiful game to not have some way to snapshot the most beautiful moments of the action. Console players missed out for the longest time, but Rockstar comes correct for PC with a new Photo Mode packed in. No matter where you are or what you’re doing, you can pause the action, enter Photo Mode and line up the shots however you see fit. From inside the camp to out in the wilderness or about town, from the beautiful stretches of nature to the most rugged action shots, or even among the most bizarre and funny occurrences, Red Dead Redemption 2’s PC Edition gives you what you need to capture each moment as it happens.

What’s more, once you’re done with your photography, you can use different tools and alterations to play with your images and adjust them to your heart’s content. You can also link into the Rockstar Social Club and share your creations with the community at large.

Red Dead Redemption 2 took far too long to arrive on PC. That much is entirely true, but it really does seem like Rockstar isn’t just delivering, but trying to overdeliver to all the fans who have been waiting for this game. The game is exclusively digital and available only through Rockstar’s online store for the time being, but launches on Steam and Epic stores are planned for the near future. Have you had a chance to play Red Dead 2 on PC? Will you be taking the journey through a newly spruced up and wide-open range? What are you looking forward to playing in Red Dead Redemption 2 on PC? Let us know!