Some of the key things we noticed in the third trailer.

The third trailer for Red Dead Redemption 2 is now in our hands (well, our eyes) and while it still leaves us with many questions, it also provides a few very important answers about what to expect from the game Rockstar is describing as its biggest ever. Here’s a quick breakdown of some of the most important details.

We sort of knew this adventure took place before the events of the first game, despite the fact it’s called, er, Red Dead Redemption 2, but the latest trailer confirms it. This is America in 1899, a dozen years before our epic escapades with John Marston, and it’s against the backdrop of a Wild West “nearly tamed” that you step into the shoes of Arthur Morgan, a member of the Van der Linde gang divided about its future prospects. Here’s the full blurb:

America, 1899. The end of the wild west era has begun as lawmen hunt down the last remaining outlaw gangs. Those who will not surrender or succumb are killed. After a robbery goes badly wrong in the western town of Blackwater, Arthur Morgan and the Van der Linde gang are forced to flee.

With federal agents and the best bounty hunters in the nation massing on their heels, the gang must rob, steal and fight their way across the rugged heartland of America in order to survive. As deepening internal divisions threaten to tear the gang apart, Arthur must make a choice between his own ideals and loyalty to the gang who raised him.

Red Dead Redemption 2 will show us the inner workings of John Marston’s former gang, then, and how they passed into the many legends we explored in the original.

2. John Marston is back

One of the most exciting revelations in the narrative-focused third trailer is a shot of someone we definitely all remember: Red Dead Redemption protagonist John Marston.

Towards the end of the trailer, the Van der Linde gang are seen in some sort of standoff, presumably with government men, who bring out a hostage – and it’s none other than Marston. As he’s held down with an arm around his throat and a knife hovering close by, the camera lingers on his face so we can take in the fresh stitching around familiar injuries on his right cheek. Perhaps we’ll get to see how those scars were formed?

Marston isn’t the only Red Dead Redemption alumnus to make an appearance. We also see plenty of Dutch, the Van der Linde leader who was your main enemy in the first game but still occupies a paternal role here as head of the gang you’ll presumably spend this adventure trying to protect. The trailer also shows us a young Bill Williamson – already sporting his usual Stetson – and during one section where a lawman is lecturing the gang members on their lawlessness, a young and mustachioed Edgar Ross is pretty evident to his right.

3. All eyes on Blackwater

We know a robbery went wrong in Blackwater and the Van der Linde gang is on the run as a result, but could this also be a reference to the Blackwater Massacre mentioned in the first game? A massacre would certainly qualify as something going “badly wrong”, we suppose.

And is the sequence we see where a group of outlaws, faces masked in an apparent robbery, a shot from the opening of the game? According to press previews timed to appear shortly after the trailer, Rockstar has been showing off the robbery sequence, so it all fits.

Rockstar obviously wants to tease us about this stuff though. As the robbers burst into the bank, a streetcar can be seen outside bearing the label “City of…” but the location name is obscured behind the door frame.

The spotlight on Blackwater also tells us something about Red Dead Redemption 2’s geography. As Polygon noted, Blackwater was in the eastern territory known as West Elizabeth in the original game, but in the literature surrounding the sequel the developer refers to it as “the western town of Blackwater”. This rather suggests that the game world extends expansively into new areas, and would tally with supposed leaks earlier in the game’s development in which we saw what purported to be a whole new world map.

Finally, this has nothing to do with the third trailer, but previews also confirmed that multiplayer will be coming to Red Dead Redemption 2. Rockstar naturally doesn’t want to say anything about it at this stage, to keep our attention on the single-player adventure, but given the enormous success of GTA Online following its shaky start five years ago, we can only imagine what the presumably battle-hardened live services team at Rockstar will cook up for us to do in the dying embers of the Wild West once the game ships.

Apart from anything else, it’s another reason to suspect Red Dead Redemption 2 will keep us going for a long time after its October 26 release. We can’t wait. 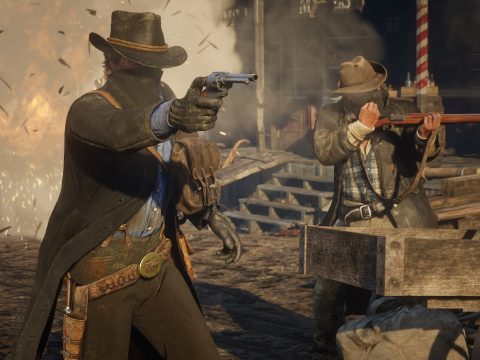 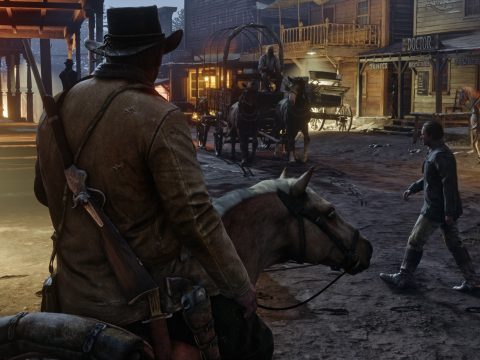 What Is Red Dead Online And How Does Its Battle Royale Work?