Pokemon Unite is a brand new multiplayer online battle arena (MOBA) from Tencent’s TiMi Studio Group and The Pokemon Company. As a free-to-play title on Nintendo Switch, it’s an easy game to get started in. But once you’re in the thick of things, you might be looking for a few Pokemon Unite tips and tricks to maximize your play. If you’ve never played a MOBA before, it can take some time to get comfortable. Fortunately, we have you covered with our Pokemon Unite beginner’s guide below.

Pokemon Unite may be a simpler MOBA than the likes of DOTA 2 or League of Legends, but it’s far from easy to play well. Follow the tips below when starting out and you can drastically improve your odds of overcoming the early opposition.

The first thing you’ll need to do when you start up Pokemon Unite is select your starter Pokemon. You can, of course, purchase new Pokemon later, but your starter is important as it’ll be the one you learn the game with. The key here is to select the Pokemon that matches the role you want to play. Charizard, for example, isn’t the best character out there, but he does give you a taste of how an All-Rounder plays. If you’d rather act as a Defender or Attacker, go with Snorlax or Pikachu, respectively. Talonflame will let you see how Speedsters work and, finally, Eldegoss gives you a great Supporter to play with. 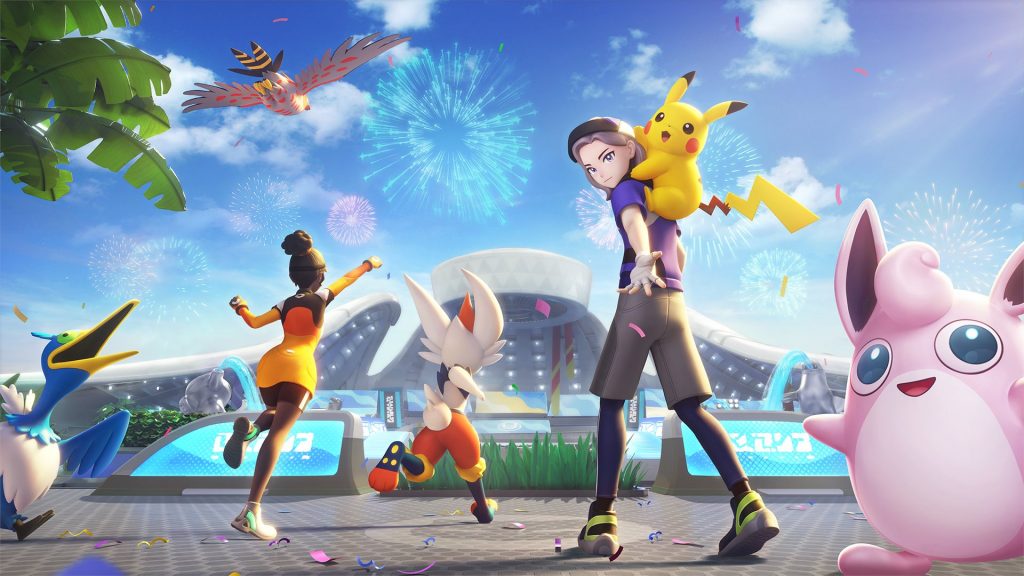 Once you’ve made your selection, be sure to complete the tutorials. These might seem like something you can skip, but we recommend playing through them all as they teach you about mechanics that might be new to you – even if you’re a seasoned MOBA player. Not only does this teach you the game, it also provides you with a heap of Aeos Coins. While you’re tinkering in the tutorial menus, it’s also worth going into the settings and having a look. We like turning on Advance Controls under the Attack Controls setting. It gives you more control over who you attack.

2. Learn Your Role and Lane

This is key in any MOBA, but it’s worth mentioning here. Each Pokemon type has its own specific role. When you’re just starting out, you don’t want to drift outside of these too often. Veteran players could play an Attacker in the Jungle (the area outside of the two lanes), but starting players should stick with a Speedster in that role. They’re able to move around the map much more quickly, which lets them dart around the battlefield and help out where needed. 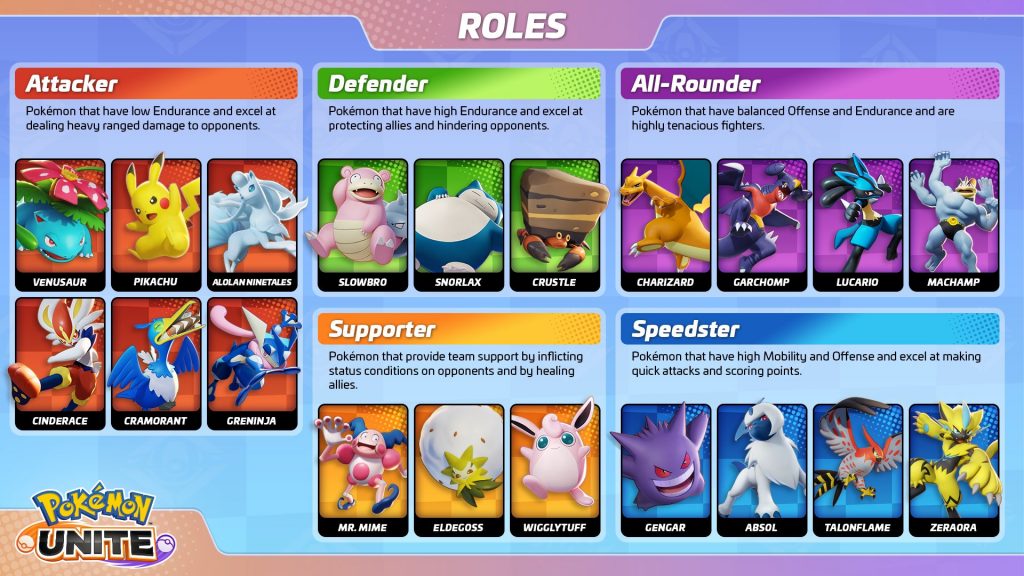 Fortunately, Pokemon Unite takes steps to help players learn where to play each role. While you’re in the lobby, be sure to check out the Battle Prep screen. Here, the game shows which lane your character is best suited for. As you progress, it’s definitely worth branching out and trying new things. But at the start? Stick with the basics, which means two players in each lane and a Speedster roaming the jungles.

The basic map in Pokemon Unite has several little tricks that can be the difference between winning and losing a fight. The most obvious tip is to learn what buffs the tougher wild Pokemon grant. Besting foes like Bouffalant and Drednaw will buff either one player or the whole team, but expect to fight for them as the other side will be trying to secure them too. Having a Speedster working on this objective is generally a smart idea. 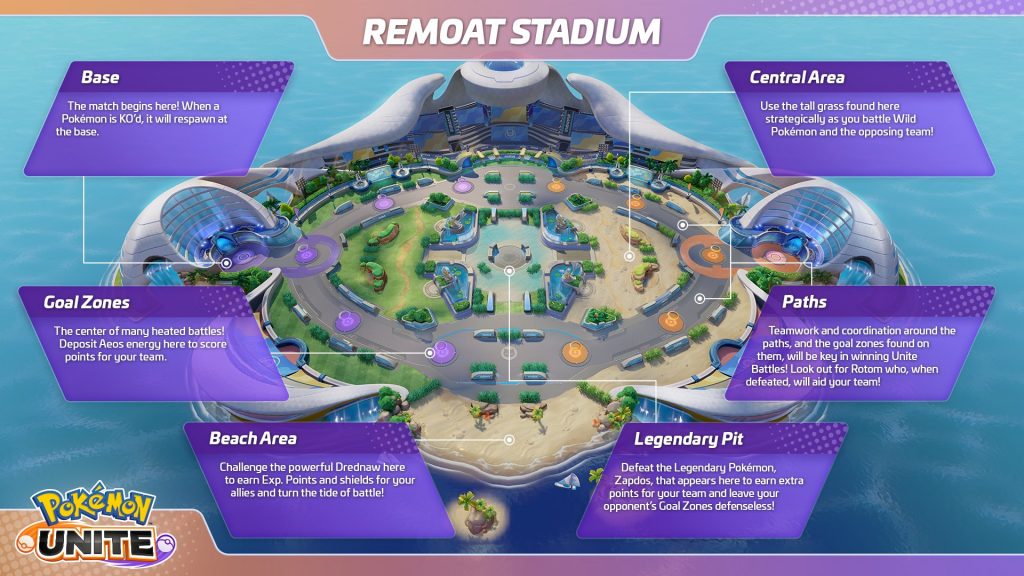 The map’s uses go much further than just wild Pokemon, however. You need to learn how to efficiently move around if you want to set yourself apart. One great example is using your teleport to take you back to base. Not only does this heal you, it also grants a speed boost when leaving. If you need to make your way over to help a teammate, this can be a great way to offer back up with a full health bar.

It’s also worth learning how to use Super Jump pads. After the five-minute mark in standard matches, you can use these to fling yourself across the battlefield. In a pinch, these can be the difference between losing objectives or teammates. Finally, make ample use of the tall grass you’ll see around the map. You’re invisible to distant enemies in the grass and can use that to set up kills with your teammates. The enemy team might be doing the same, so be sure to always mentally note where tall grass is when entering a location.

This is our last tip, but maybe the most important. MOBAs move quickly and there is always something to do. If you’re not working on something, you’re probably making the wrong move. If there’s no big objective to work on, defeat Wild Pokemon to gain some EXP. Stay engaged and active to help lead your team to victory. 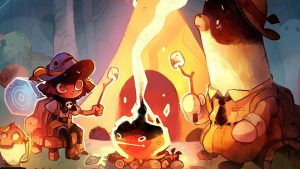 Take a trip to Cozy Grove. The life sim game has a lot in common with Animal Crossing. You camp on an island that’s filled with cute animals, run errands for them, and exploit local resources. Except for the fact that it is haunted, it’s kind of the perfect paradise. Then again you will be making friends with all these spirits, so maybe it is anyway…