The times of a few beeps in the background of a game are long gone. While the classic 8-bit sounds and melodies will forever have a place in our hearts, nowadays the technical possibilities create a much larger scope for game audio. Some of the melodies, compositions and tunes featured in games have become classics that will always be remembered and played outside of the games they were conceived for.

In Quantum Break audio and music play immense roles in illustrating the modification of time, which the whole concept is based on. Audio and music need to be synchronized with the action on screen to create the atmosphere that the development team at Remedy wants to deliver. This was not an easy task, but after a glimpse at Quantum Break’s gamplay it is easy to see and hear how well it was solved. 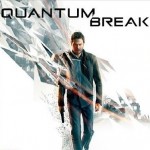 Petri Alanko has already been praised for his work for Alan Wake, which made Remedy’s decision to choose Alanko again a very easy one. Having experienced the soundscape in Alan Wake it makes you believe in a great atmosphere in Quantum Break. But this game is very different as the pace is dictated by the player’s movement and use of time. This means that all audio and music need to be manipulated in real-time and according to the player’s actions.

In Quantum Break every time power has its own distinct musical signature. The music and all sound are dubbed according to whatever time power is used and what the player does. While it would be easy to simply change the speed of the music and sound, the audio designer Richard Lapington went a far more interesting route. For example: If the player dashes and modifies the time to get behind enemies, the music is stretched. But if he completely stops time, the music and all sound are not stopped, but modified in real-time. When time rush is activated, a completely different signature is used and the music generates a hectic atmosphere without just speeding up.

Weapon sounds are also modified in real-time whenever the player uses a different time power. To make sure all sounds and music still fit together with what is happening on-screen, the complete audio system of Quantum Break is not only constantly recalculated on the global scene, but calculates an individual audio stream for each character on screen. According to Lapington, all dialogue is also calculated and fit directly to what time scale is active. Time-stretching is calculated for all speech and this makes it an immense task to localize Quantum Break. Each and every dialogue, speech and localized sound needs to be perfectly recorded. If you watch the gameplay video above, you will see and hear how well Remedy made this happen.