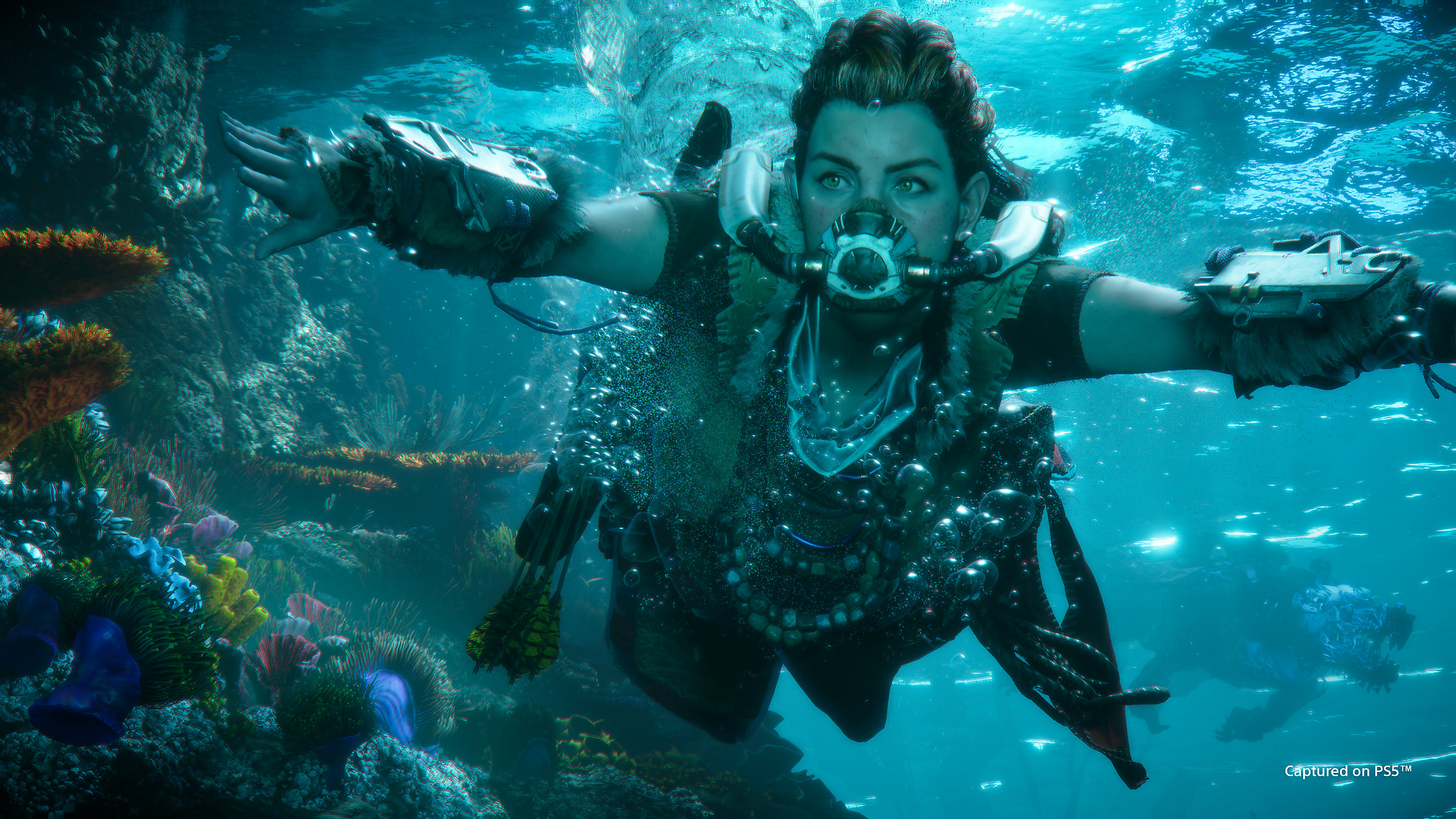 The launch of the PS5 has been a great success, with millions upon millions of units scooped up almost instantly.  Unfortunately, there hasn’t been much in the way of exclusive, new PS5 software to keep those players satiated.  That’s all set to change in 2021, though.  A big wave of games will make their way to PS5 this year, and many of them will only be found on Sony’s next-gen platform.  Here are the biggest titles expected to drop for PS5 sometime within the next 12 months. 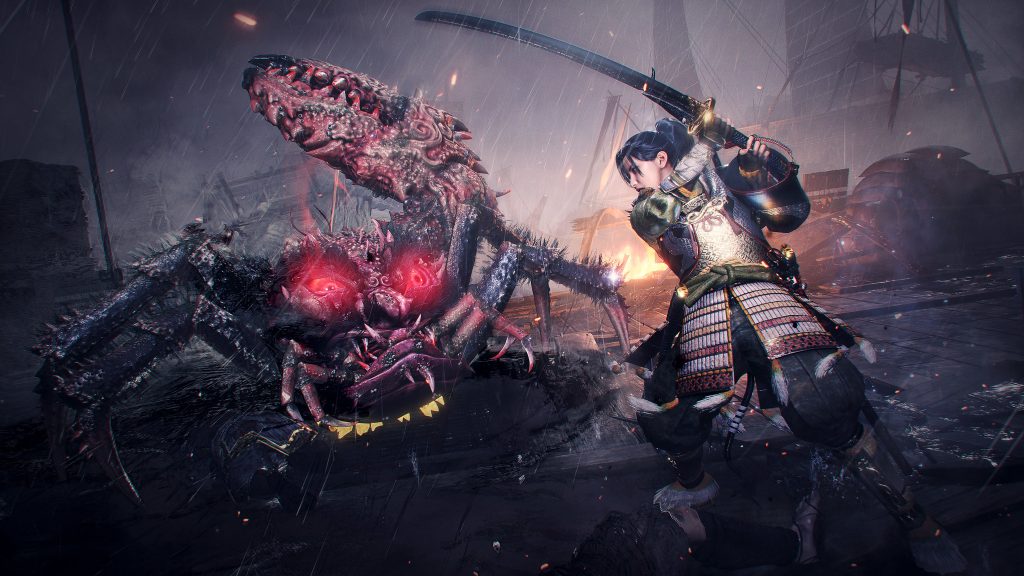 If you’ve missed out on what the Nioh series has to offer, there’s no better excuse to catch up than with the Nioh Collection.  This special release brings together both Nioh and Nioh 2 in one package, complete with visual enhancements, improved framerate, and all six major expansions.  Battle your way through Sengoku-era Japan and master the art of the sword while you take on the unrelenting threat of the Yokai.  A series with gorgeous visuals, addicting gameplay, and stellar music will now shine brighter than ever on PS5. 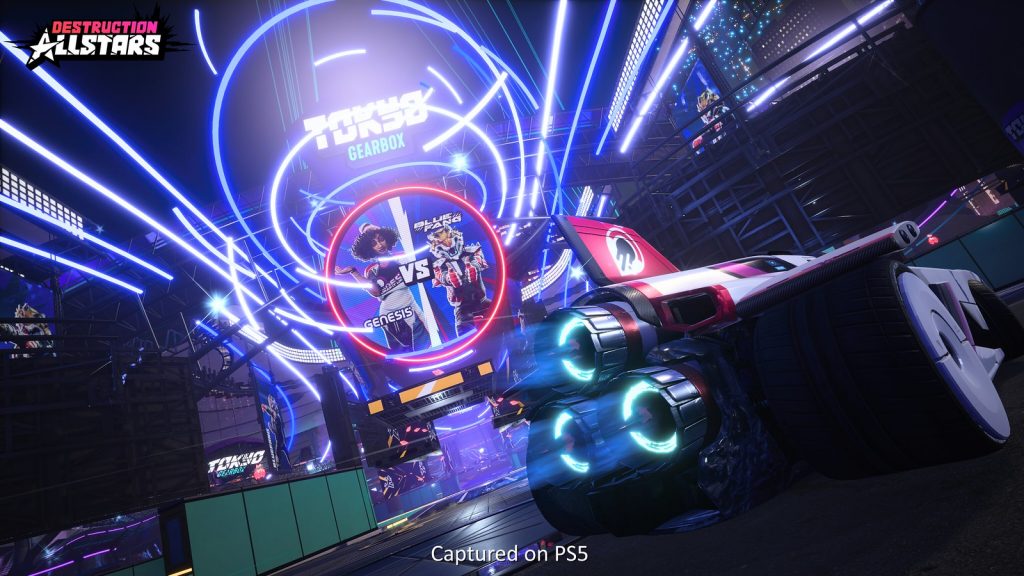 Destruction AllStars was originally pegged to launch for PS5 alongside the system, but those plans were scrapped just a few weeks before release.  The dev team made this decision because they wanted to make sure this multiplayer-focused title would have a big enough player base to support the fun.  When the game does launch in February 2021, you can expect to go head-to-head with others worldwide in chaotic vehicular combat.  Think Twisted Metal, but with a more sports-like approach, complete with over-the-top special moves and insane power-ups. 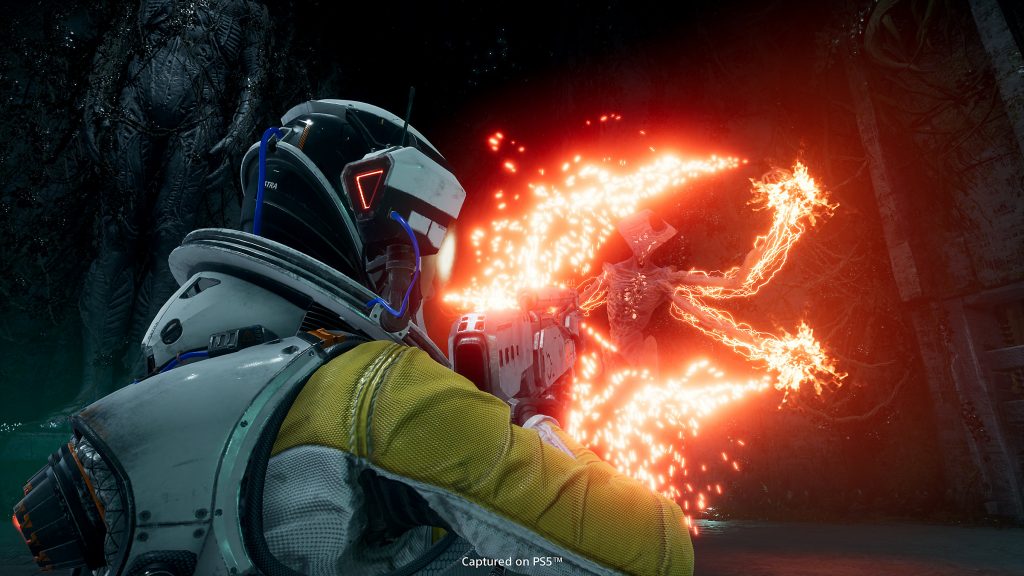 If you’re looking for a meaty, story-based adventure to sink your teeth into, Returnal should do the trick.  Take on the role of Selene, an Astra space scout who has somehow gotten stuck in a time loop while exploring a hostile planet.  Gameplay mixes in tons of gunplay with alternate methods of fire, roguelike elements, and even some platforming for good measure.  The action will be fast and furious, the enemies are absolutely hideous, and the environment is truly unforgiving. 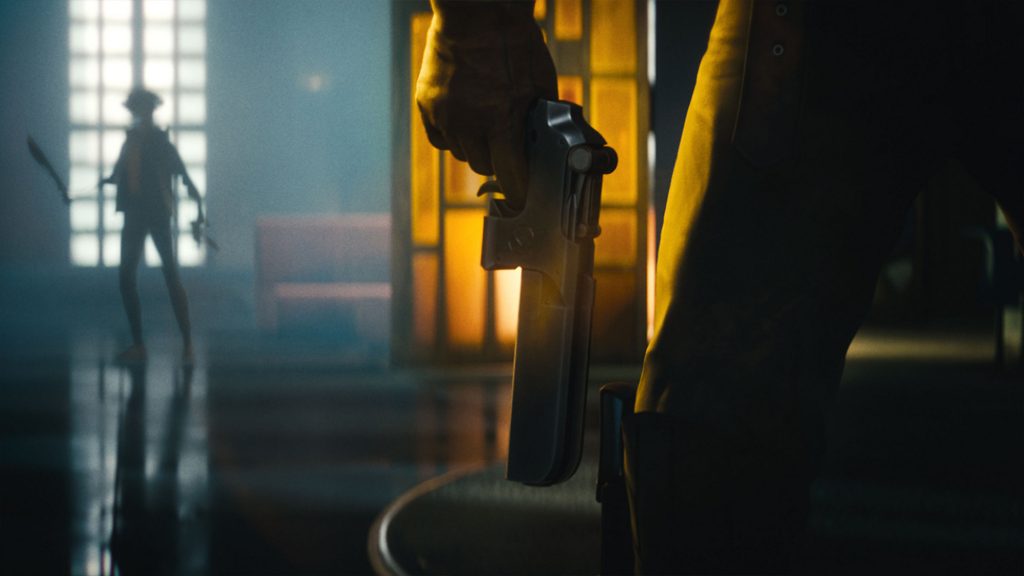 Deathloop takes the mechanics of the movie Groundhog Day and mixes them with a first-person shooter.  The team behind Dishonored is crafting this stylish adventure where you play as an assassin stuck in a 24-hour cycle.  The only way to escape the loop is by taking out eight key targets before the day ends.  There are multiple ways to get the job done, just as there are ways to fail.  Figuring out how to eliminate one target is a challenge in and of itself, but stringing together eight successful missions is something only the most elite agents can handle. 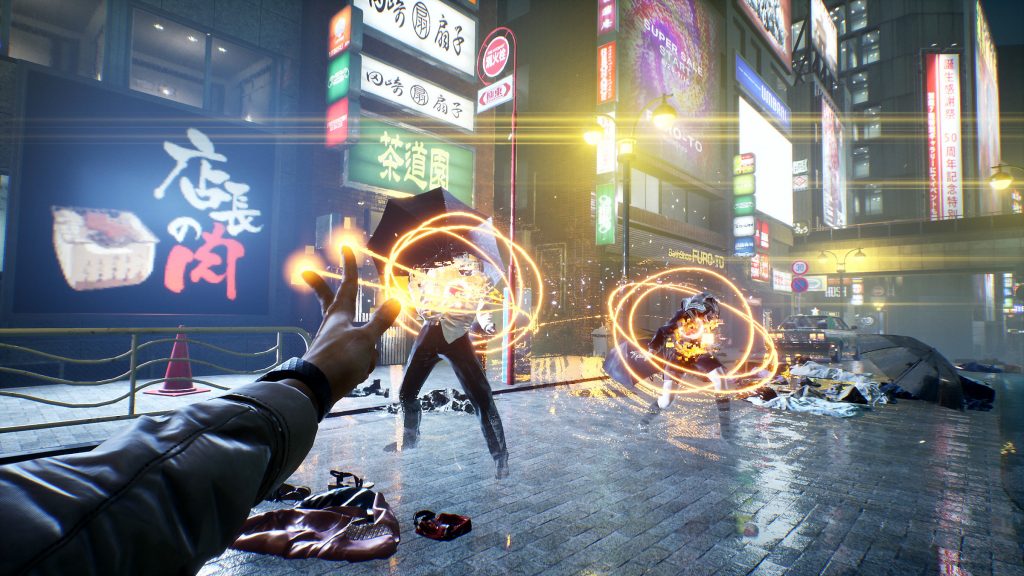 GhostWire: Tokyo is a first-person action-adventure where you’re tasked with taking out ghosts, ghouls, spirits, and more.  Thankfully, you have a number of different paranormal and psychic abilities at your disposal.  The spirits you’re fighting invaded Tokyo at the same moment thousands of citizens disappeared into thin air, and no one left alive has an explanation for either event.  As you piece together the mystery, your supernatural powers will grow, and an even deadlier force will step in to try and halt your plans.  Hope you don’t spook too easily. 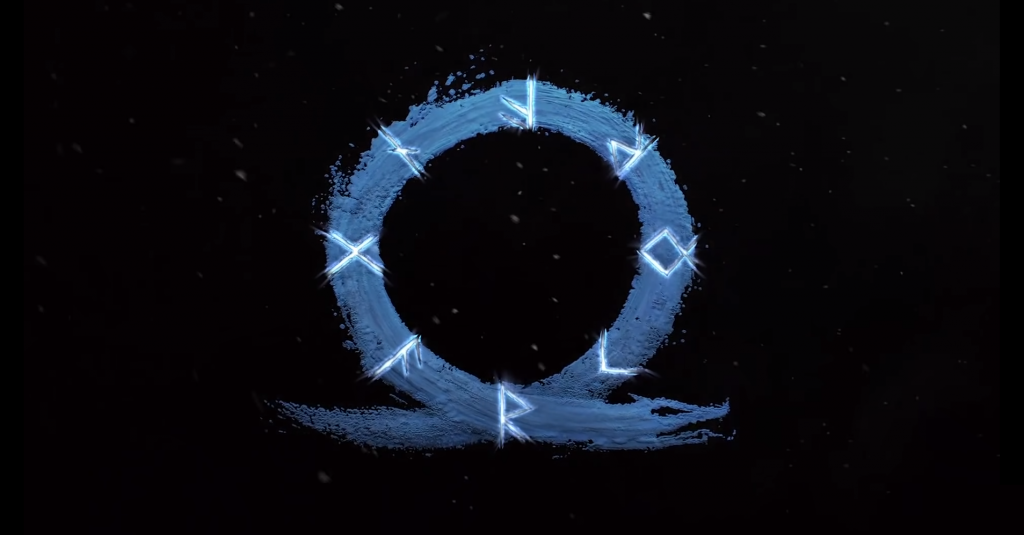 God of War on PS4 was a major revamp for the series, putting a much bigger focus on story while creating a whole new combat flow.  That entry in the long-running franchise turned out to be a major hit, which is why it’s no surprise to see a follow-up in the works so soon after.  We don’t know much about God of War: Ragnarok, but the game’s debut teaser made it very clear that we’re going to see what the game has to offer this year.  Hopefully we get a serious look at the action and its unique twists in the very near future. 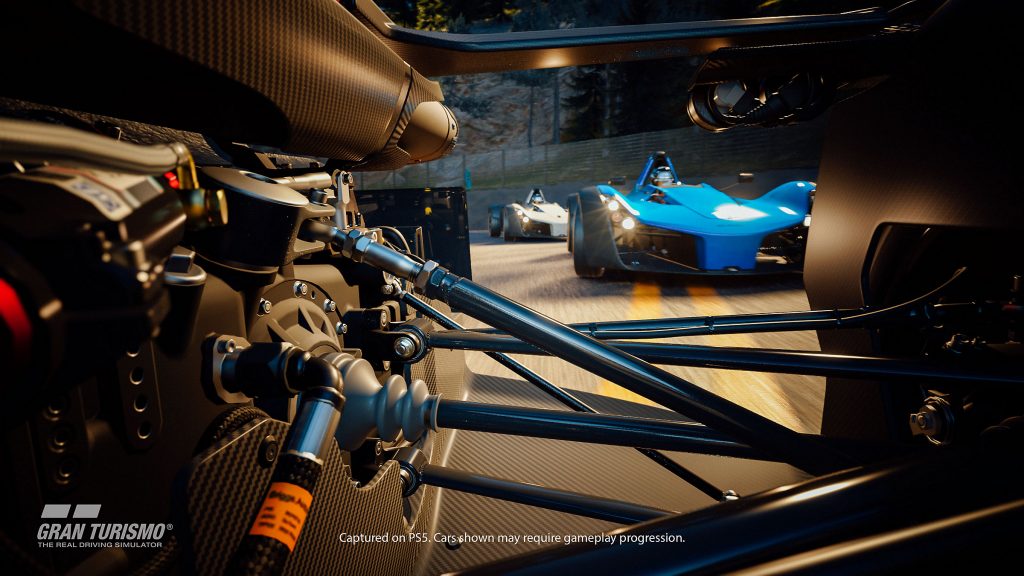 There are plenty of racing games out there, but very few hold as much prestige as Gran Turismo.  Hardcore driving fans who prefer simulation experiences are chomping at the bit for Gran Turismo 7, which should be racing its way to PS5 later this year.  The game most likely won’t reinvent the wheel, but it doesn’t have to to wow audiences.  Get ready for astounding visuals and attention to detail the likes we’ve never seen before.  There’s no doubt Gran Turismo 7 will be the most impressive installment in the series to date. 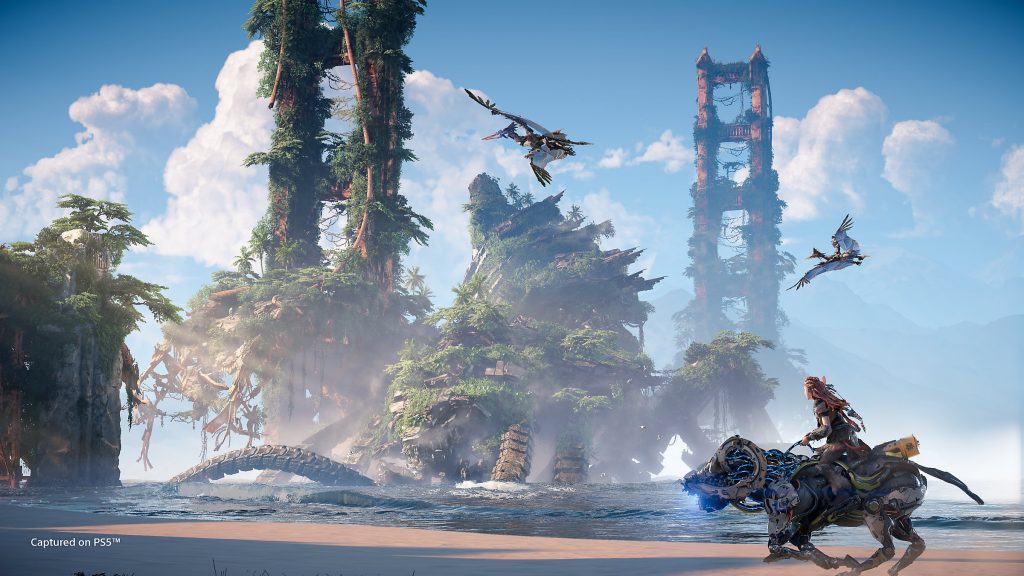 While the PS4 gave players numerous successful sequels in established franchises, it also gave us some brand-new intellectual properties as well.  Without a doubt, Horizon Zero Dawn was one of the biggest hits in terms of new IP, bringing in players by the millions.  It’s clear Guerrilla Games got to work on a sequel right away, as Horizon Forbidden West is coming to PS5 sometime this year.  Get ready to once again slip into the role of Aloy as she fights her way through a world overrun by ferocious robots.  There’s still a lot of work to do in unraveling the mysteries this world hides, and Aloy will no doubt discover even more about herself along the way. 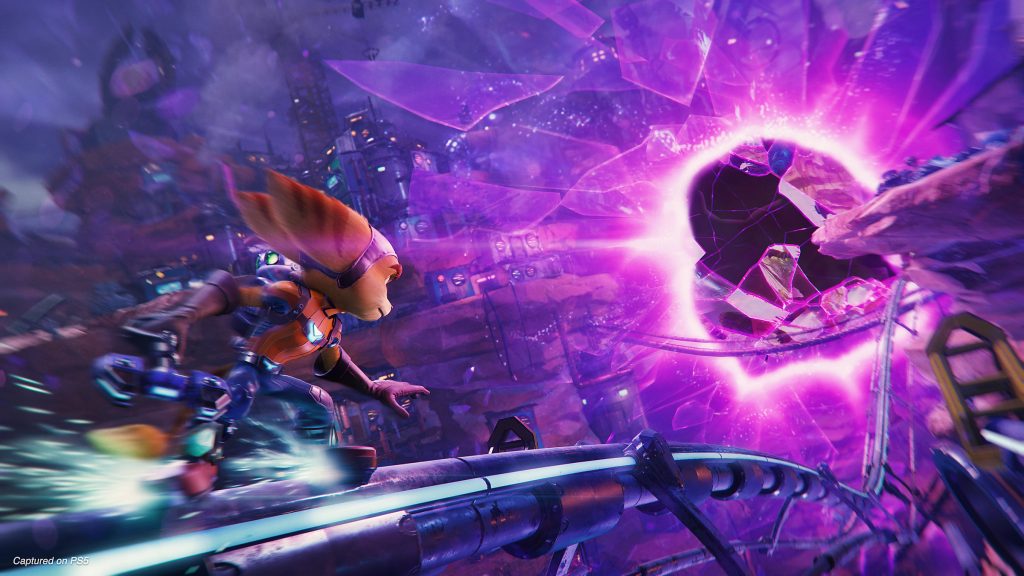 The Ratchet & Clank franchise needs no introduction, as it’s been one near and dear to Playstation fans for decades now.  Ratchet & Clank: Rift Apart continues the third-person shooting and platforming the series is known for, but with all new bells and whistles on PS5.  The game looks absolutely stunning in the footage released so far, and it’s also pushing the PS5’s tech to the limits in other ways.  This time around, you’ll be able to dive into rifts that take you to different dimensions, all of which are running simultaneously in real-time.  No loading times or hidden triggers here.  Jump in-between worlds at ease and take out the opposition with another collection of off-the-wall weapons.

Night City is an absolutely sprawling metropolis with hundreds of virtual miles to cover.  Thankfully, there’s plenty of ways to get around town.  The roads are littered with all sorts of vehicles to fit a variety of tastes.  From super sporty to heavily armored, your dream ride could be hiding just around the corner.