Ahead of the Call of Duty Modern Warfare 2 Beta Infinity Ward has released a more detailed explainer of how the game’s new Gunsmith 2.0 customization system works.

Essentially, the new system is hoping to make Gunsmith easier to understand as well as cutting out some of the grind previously required to unlock attachments across the game.

Unlike previous years where every weapon is a separate family, in MW2 you have a new feature called ‘receivers’, which allow players to swap attachments across different families.

“Each of those shared attachments that you unlock is now cross-progressable and attachable onto another weapon in the same class,” a video (above) from Infinity Ward explains.

“This takes away from the grind of having to unlock every single attachment on each weapon every time you want to level up a weapon,” the video continues.

A blog post from Infinity Ward also expands on the new system, writing:

Changing a weapon’s Receiver completely alters what the weapon is; it’s considered a “new” weapon when building a Loadout, but it still lives within the same Weapons Platform.

In the case of Tempus Armaments’ M4 Weapons Platform, there are four Receivers in addition to the base M4: the M16, the 556 Icarus LMG, the FTac Racon Battle Rifle, and FSS Hurricane SMG.

Each new Receiver can be seen in its designated Weapon Categories in the Loadout Screen. However, while editing any weapon that is part of a larger Weapons Platform, you can simply swap Receivers in the Gunsmith. 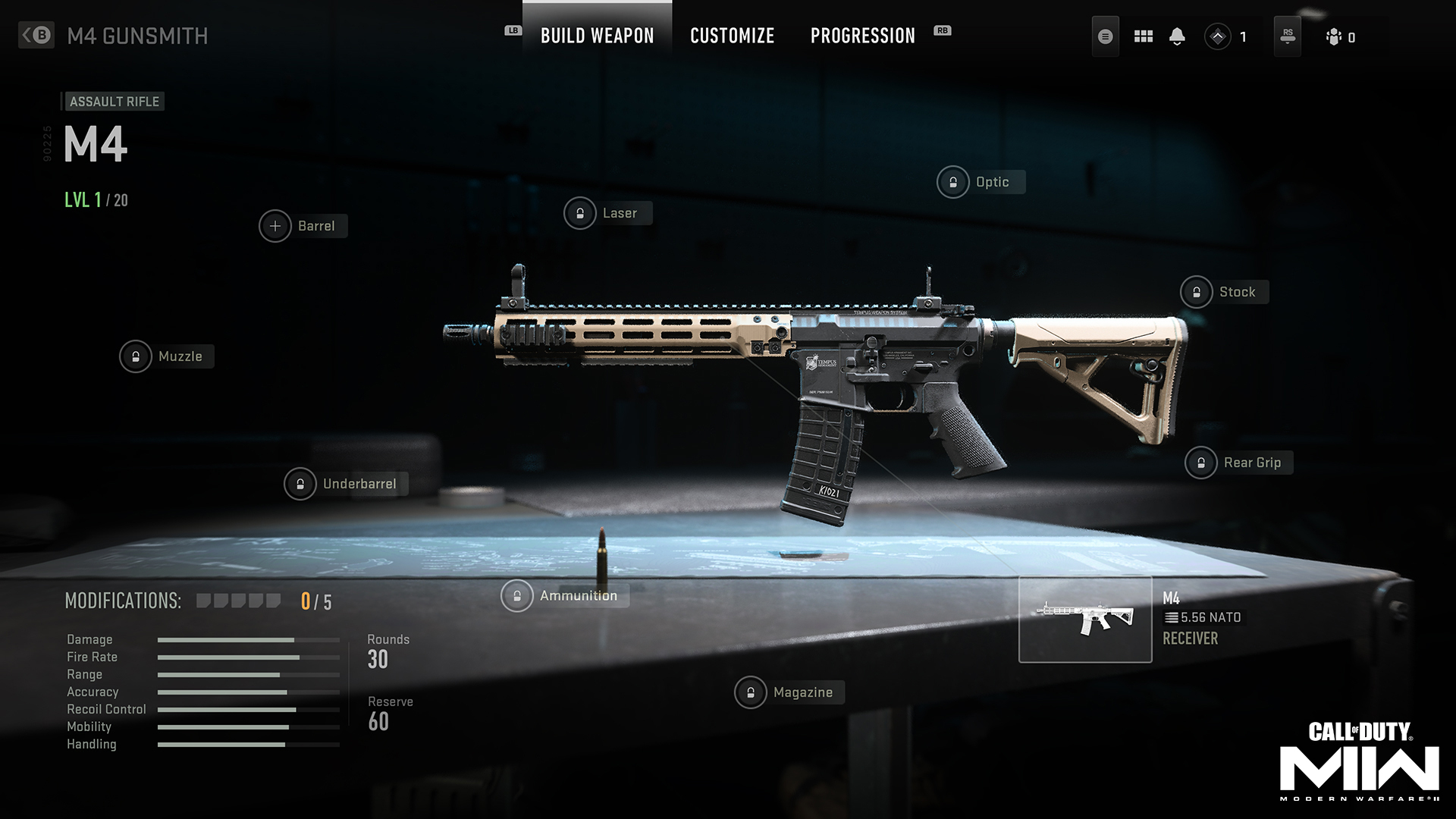 “Depending on the attachment, it is either unlocked for all weapons within a Platform, or unlocked for ALL weapons in the entire game,” the blog continues.

“Expect reduced repetitiveness and reasonable challenges to unlock attachments and camouflage… And if you crave a journey towards Mastery, don’t worry: we have that planned, too.”

The team has also teased that more info will be revealed during Call of Duty Next, wth the blog confirming that they’ll show more of the new Firing Range, which will allow players to test each loadout “without sacrificing K/D”.