The Lords of the Fallen Release Date News, Development Updates, and More 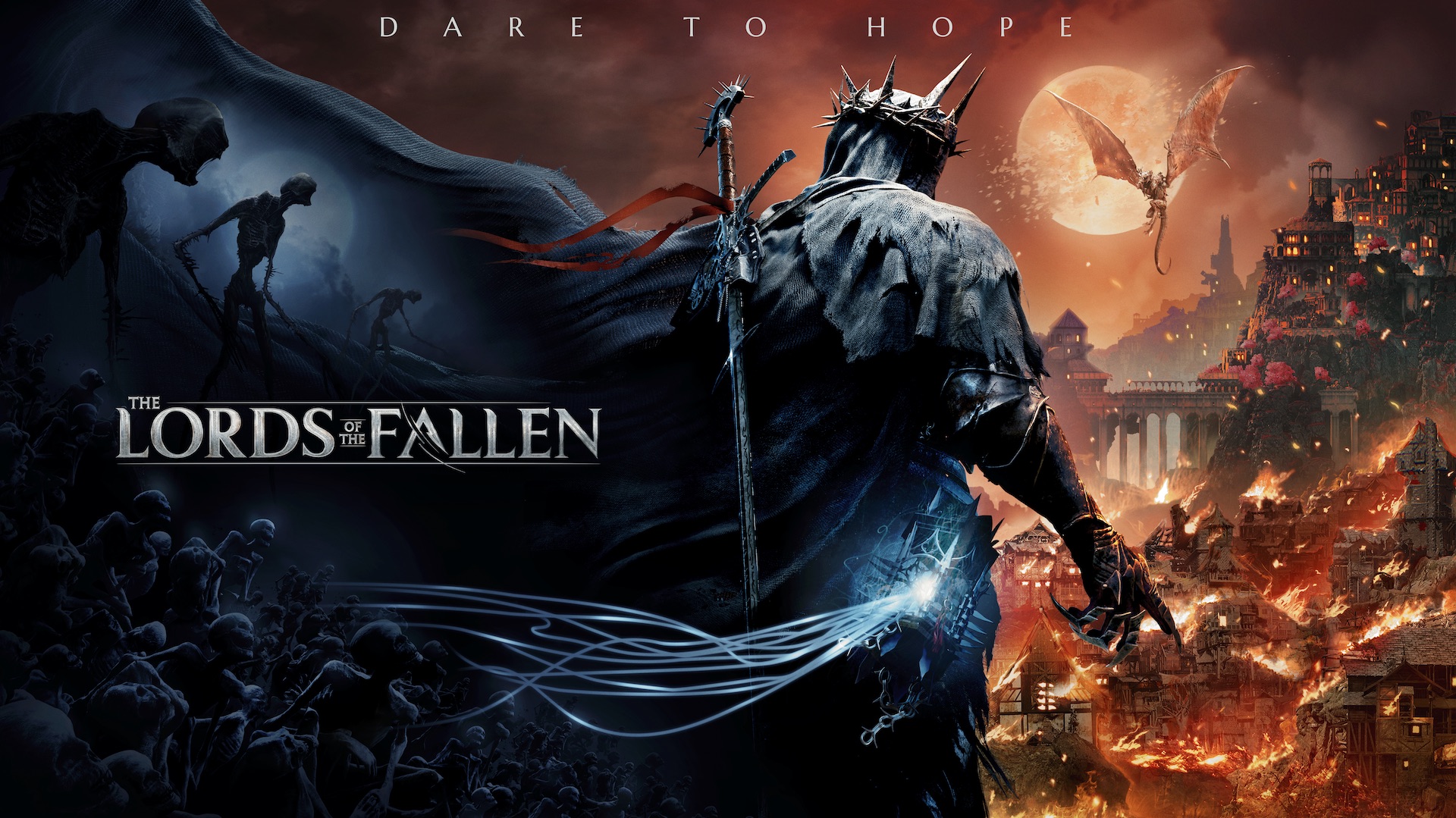 Has Lords of the Fallen 2 been cancelled? It might certainly feel that way given that CI Games’ sequel was first announced well over 7 years ago. Thankfully though, we’re slowly approaching a release for the long-overdue sequel and with any luck, it’ll be well worth the wait.

The challenging Souls-esque Action RPG was set in a medieval fantasy world ruled by a Fallen God and whilst we doubt the sequel will rival the heights of Elden Ring, we still have hope it’ll be another surprisingly solid title.

For now though, if you want the latest news about the sequel, or maybe you’re just curious as to who is making the game now (it has changed a fair bit over the years) then read on. You’ll find everything you need to know about The Lords of the Fallen.

All the latest news and updates on The Lords Of The Fallen can be found just below in the dropdowns. Be sure to bookmark this page to keep up to speed on the latest goings-on.

The Lords of the Fallen, a new dark-fantasy action-RPG, was tonight unveiled during Gamescom’s ‘Opening Night Live’, hosted by Geoff Keighley. Developed by HEXWORKS (a CI Games studio), the reboot to the 2014 hit, Lords of the Fallen, is in development for PC, PlayStation 5 and Xbox Series X|S, and is powered by Unreal Engine 5.

The Lords of the Fallen was revealed with a three minute cinematic trailer showcasing the game’s new dark fantasy setting, narrated by actor Joseph Quinn (Stranger Things, Game of Thrones). CI Games also revealed the game’s new title and logo, as well as key art illustrating the vast world, split between the realm of the living and the dead – a core gameplay feature.

We’ve updated the page with the full blow by blow details on what the game now is, along with the new trailer (just below).

As a new age of devastation dawns, behold the very first trailer below… #DareToHope

CI Games’ latest financial report has indicated that the company has “three major products in development” and one of these includes Lords of the Fallen 2.

CI Games has said that Lords of the Fallen 2 is quickly becoming the developer’s “largest project”.

“The dedicated Hexworks team is working on a fully-featured [Lords of the Fallen] game that has a strong chance to not only make the franchise become more popular among Soulsborne/Souls-like communities and beyond, but establish it as a long-running franchise for CI alongside Sniper Ghost Warrior,” wrote CI Games. “The previous game was a full-priced, full-featured release and we’re approaching the next one with an even larger scope. The sequel will move the franchise to dark fantasy and will offer a revised and challenging combat system.”

CI Games have announced a new studio, named Hexworks. The new team, based out of Barcelona and Bucharest, is currently working on the long-overdue Lords of the Fallen 2.

“It’s been a long time since we started talking about Lords of the Fallen 2 and trying different ideas. I am very excited for us to be able to announce the new studio that has been already at work for the last half of the year and made significant progress,” announced CI Games CEO Marek Tyminski

The studio also announced that Lords of the Fallen 2 is a shift from the original’s power fantasy to a dark fantasy. The sequel will also be much more loyal to the challenging combat experience that the Soulsborne and Souls-like communities enjoy.

May 17, 2019 - CI Games remove Defiant Studios from Lords of The Fallen 2 development

CI Games have announced a somewhat acrimonious split from Defiant Studios, citing low quality work as a cause for separation.

CI accused the NYC-based developer of “inadequate execution” of a “so-called vertical slice” of gameplay, adding that “the quality of the work was lowered than expected.”

In response, Defiant Studios have a very different view of the events and speaking to Eurogamer, founder David Grijns said: “We categorically disagree with the portrayal of Defiant Studios made by CI Games.” Unfortunately, the studio “cannot expand further on this matter,” due to contractual obligations.

Recently CI Games announced that they had partnered with NYC-based Defiant Studios to assist with development on the Dark Souls-like action-RPG sequel. It’s now been confirmed that development is starting over.

“It’s really a reset, it’s a fresh start,” Defiant Studios managing director David Grijns revealed. “It’s a new engine—Unreal 4—and a new team. A team which does not have a long and illustrious background in action RPG development, but we actually see it as a strength.”

“From taking inspiration from a lot of these games, we were able to come up with a new concept that tried to push a few of those categories a little further along,” explained Defiant co-founder Roland Lesterlin, who’s also creative director. “We are hopefully doing some things which will surprise fans of the first one [Lords of the Fallen 1], and we have an opportunity to expand the fanbase.”

Tomasz Gop, who was previously the executive producer on Lords of the Fallen 2 told Eurogamer in a recent interview that he was let go by CI Games “because of a reduction in team, in scope, in budget, in business approach.”

Meanwhile, CI Games CEO Marek Tyminski has confirmed that they have “a very small team working on Lords of the Fallen sequel.”

Lords of the Fallen 2 has changed creative course and executive producer Tomasz Gop has left the project. Speaking with Eurogamer Poland, CI Games explained that Gop and the company had “different visions for further development” of the game.

“We want to reach a wider audience for this game. That’s why we’re building a richer story.” CI explained. “We’re aware that these aspects could’ve been better in first game, so the story is a big point of the sequel, along with robust fighting system. We want to bring something fresh to RPG games.”

Deck 13, co-developer of the original game, won’t be involved.

CI Games has announced on Facebook that conceptual work for the next Lords of the Fallen is already “in progress.”

Originally CI Games’ sequel to Lords of the Fallen was expected to release in 2017, but a series of poor decisions and splits from various developers meant it’s been in development hell for a good few years. Thankfully the game finally got back on track in somewhere around the 2019 mark when CI Games’ new studio Hexworks took over. Despite aiming for a 2021 release, a few more issues and potentially the COVID-19 pandemic has meant the game was reluctantly delayed to 2023, when it should release on PlayStation 5, Xbox Series X/S, and PC. 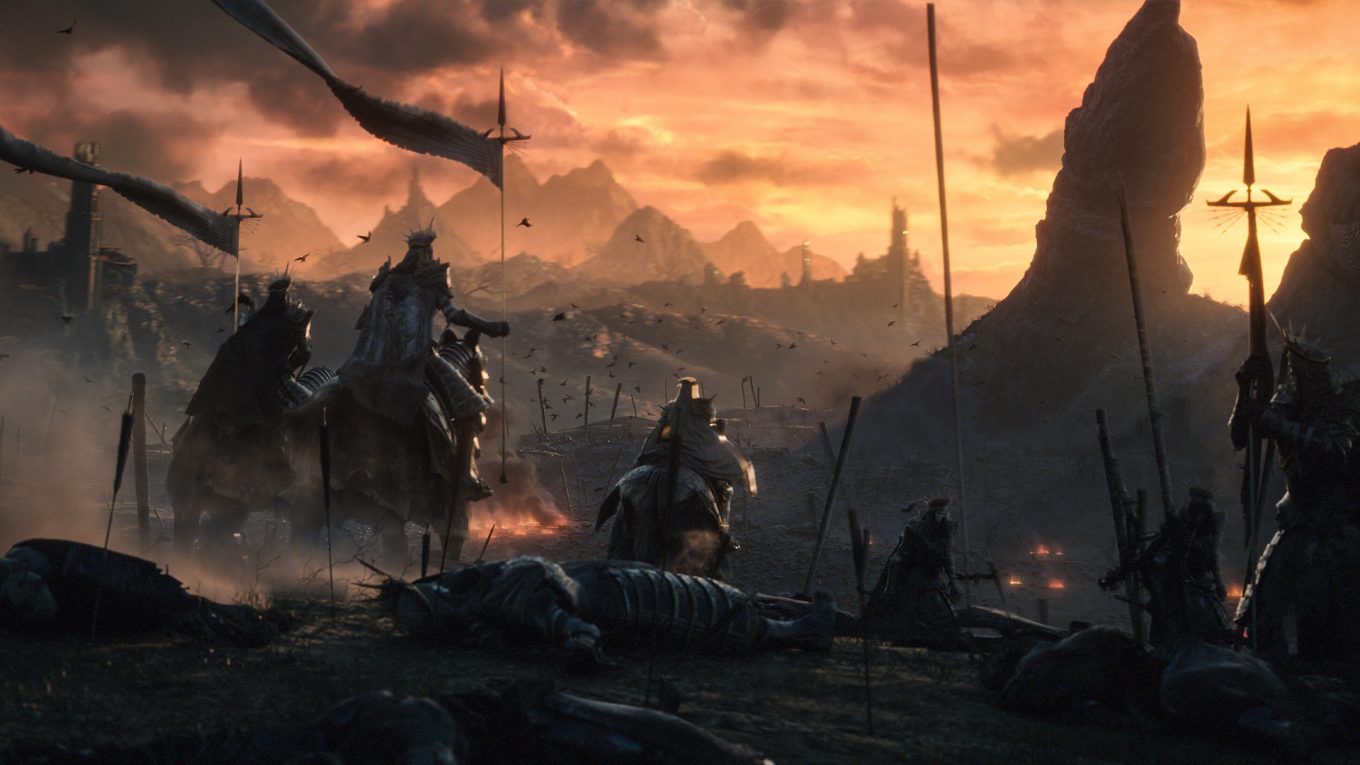 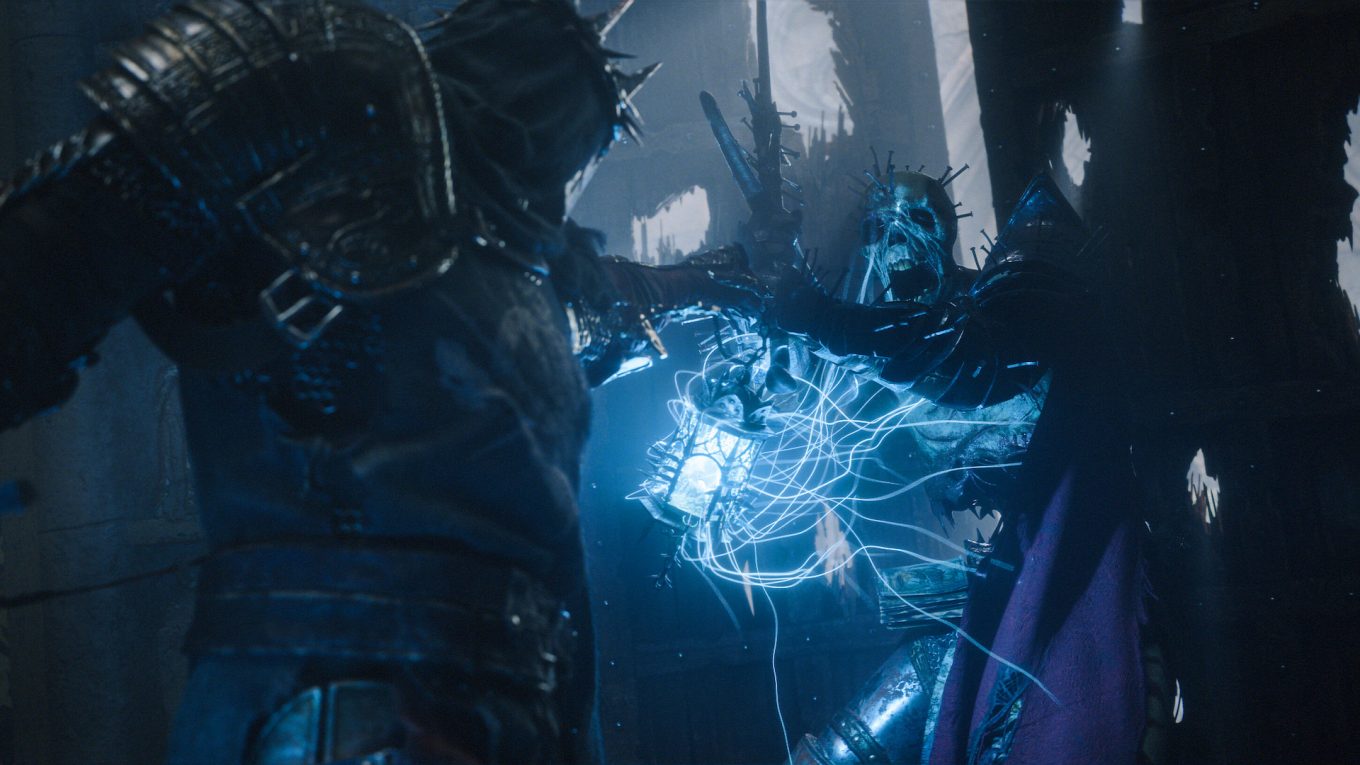 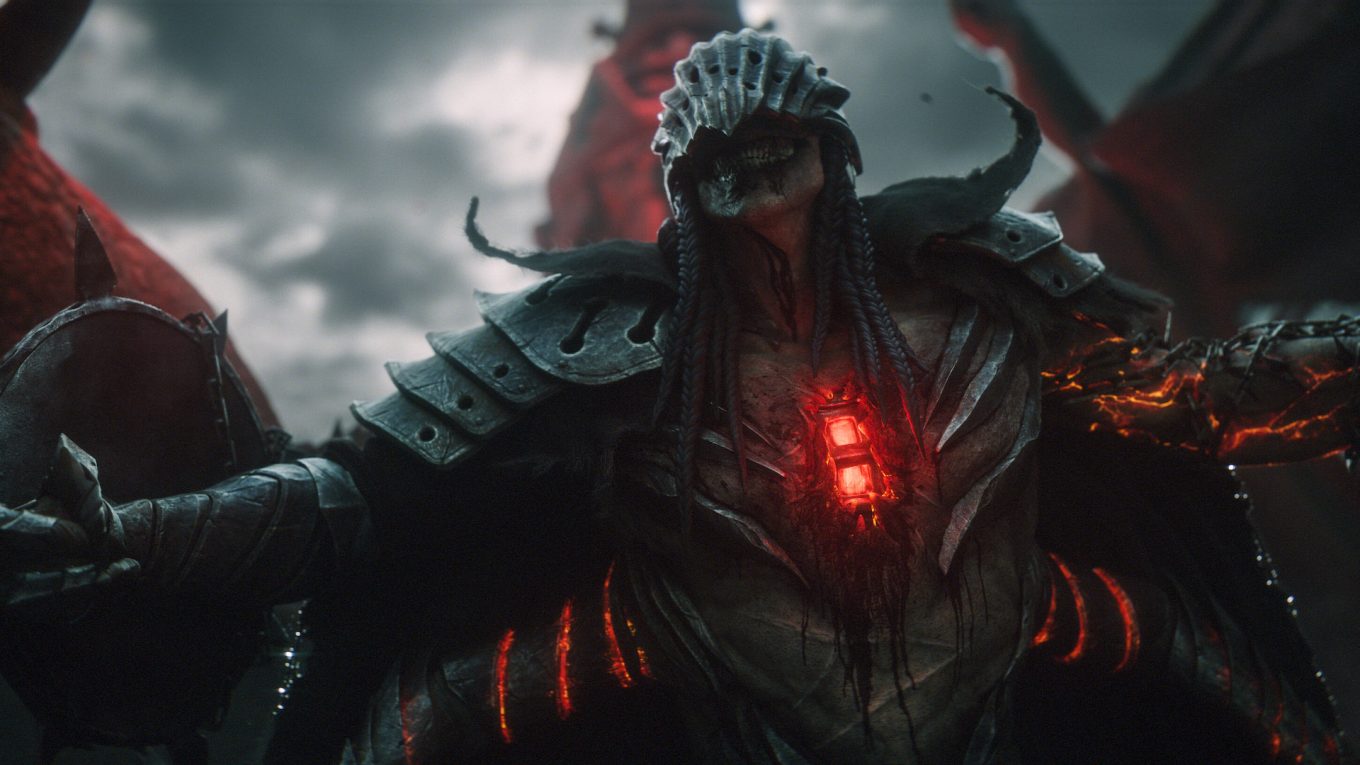 The Lords of the Fallen Story & Gameplay Features

“Taking place more than a thousand years after the events of the first game, The Lords of the Fallen introduces an all-new adventure in a vast, interconnected world, more than five times larger than the original game. An expansive RPG experience – filled with NPC quests, compelling characters, and rich narrative – players will need to create their own hero before tackling the immersive single player campaign. They will also have the option to invite a second player to join their adventure in uninterrupted online co-op – a new feature for the franchise.” 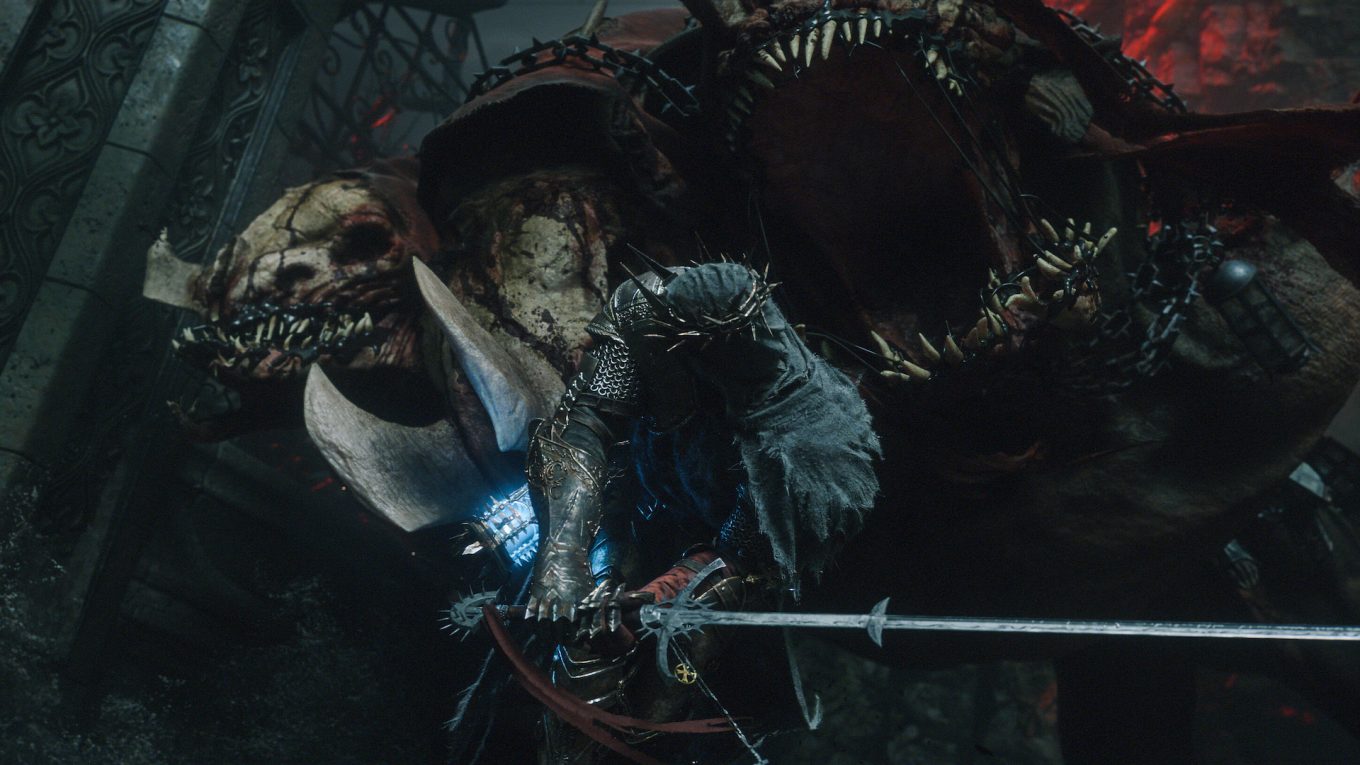 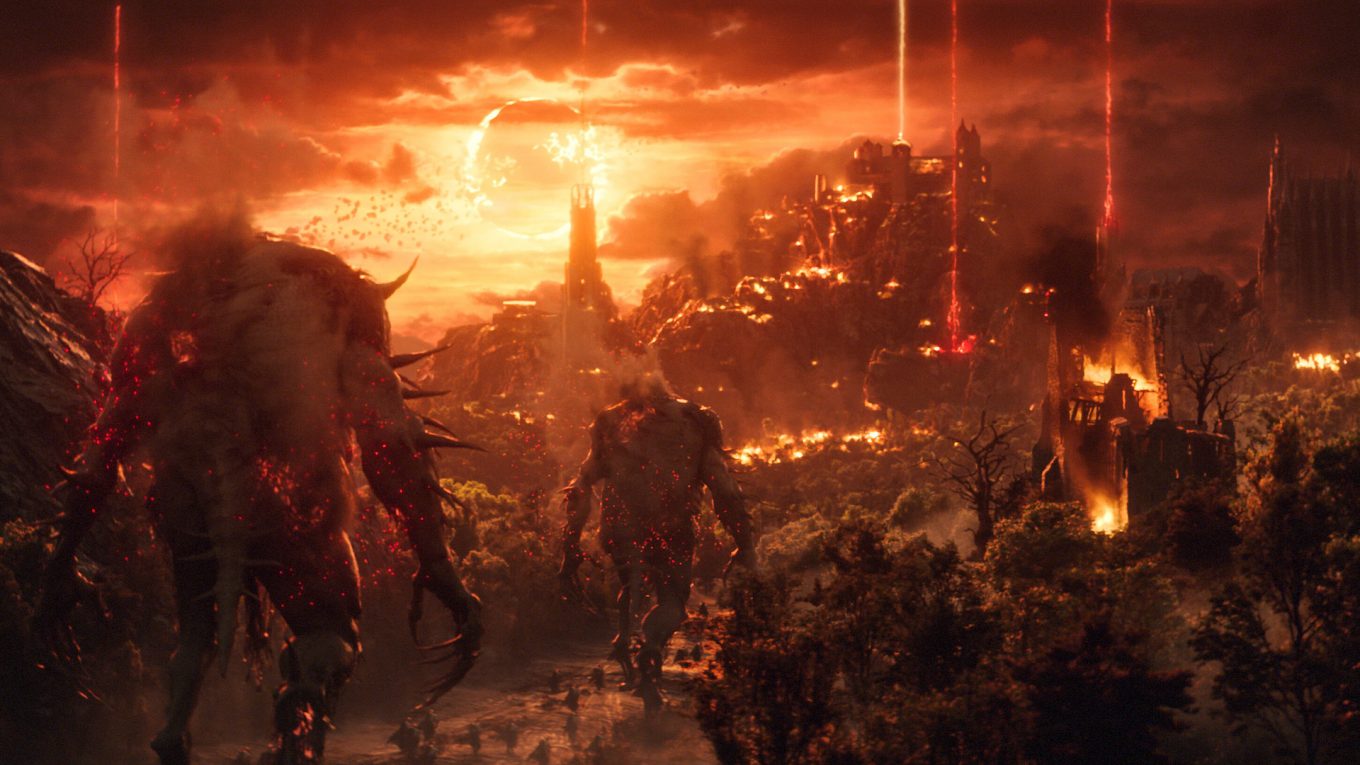 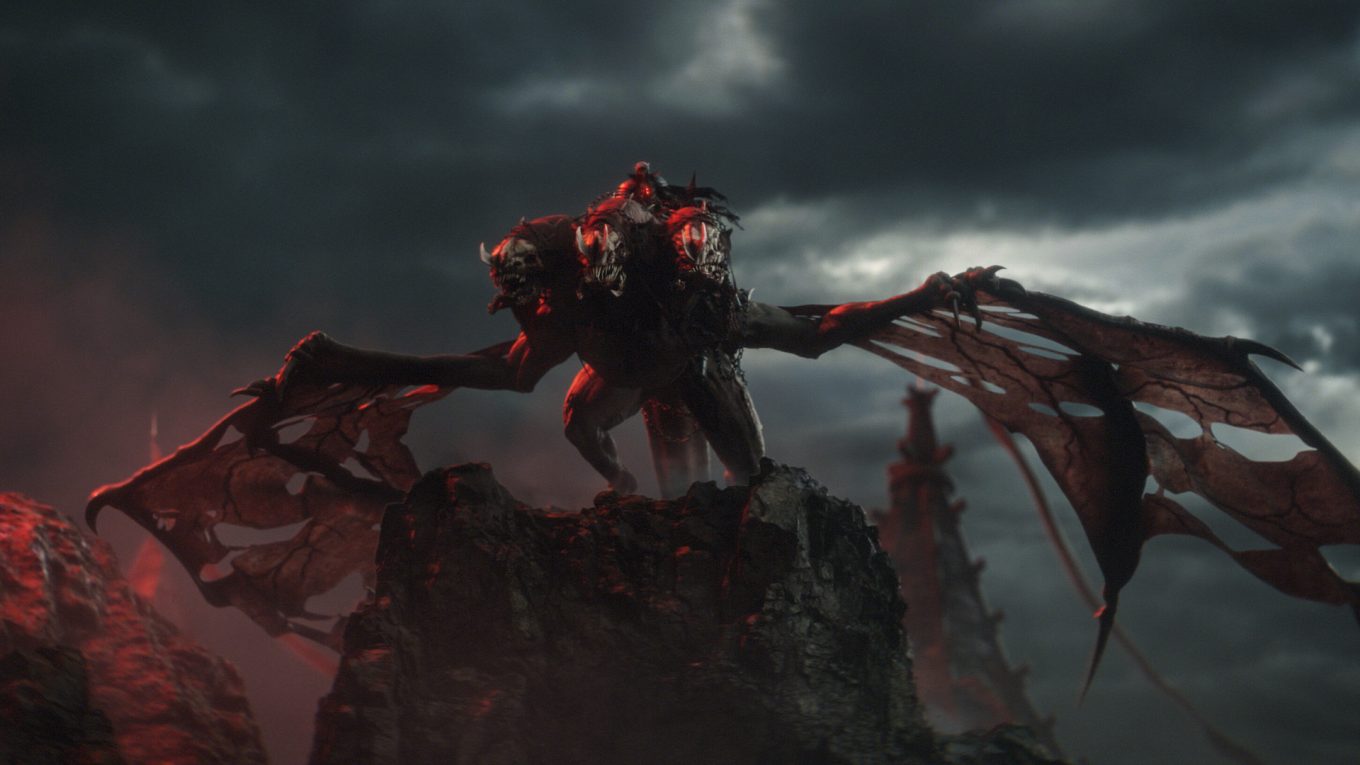 Hexworks is led by Executive Producer, Saul Gascon (Dead by Daylight, PayDay 2,) and Creative Director, Cezar Virtosu (Shadow of the Tomb Raider, Assassin’s Creed: Origins). Founded in 2020, they lead a global team of over 75 internal developers and a network of external partners, working together to create a new dark vision for the divided worlds of The Lords of the Fallen. Powered by Unreal Engine 5, The Lords of the Fallen is designed exclusively for new-generation consoles and PC.

“The Lords of the Fallen is the spiritual successor fans of the original title have always wanted,” said Cezar Virtosu, Creative Director. “The game is significantly larger, with a vast, interconnected dual world split between the realms of the living and dead, that players can explore alone or with friends. It’s darker and more challenging, with faster soulslike combat, stronger thematic, richer narrative, deeper RPG systems, and more immersive storytelling.”

That’s everything you need to know about the next Lords of the Fallen game, but stay tuned to Turtle Beach for more updates and leaks.