LawBreakers is Boss Key Productions’ first step into the high-speed gaming arena, and with Cliff Bleszinski manning the helm, LawBreakers has leaped into the air and kicked everything else in the face!

As far as fast-paced games go, LawBreakers is one of the speediest, with characters screaming around the map or flying through the air in zero-gravity. Before you dive into your first anomaly area, take a moment to read through our LawBreakers tips to help you walk away with more kills! 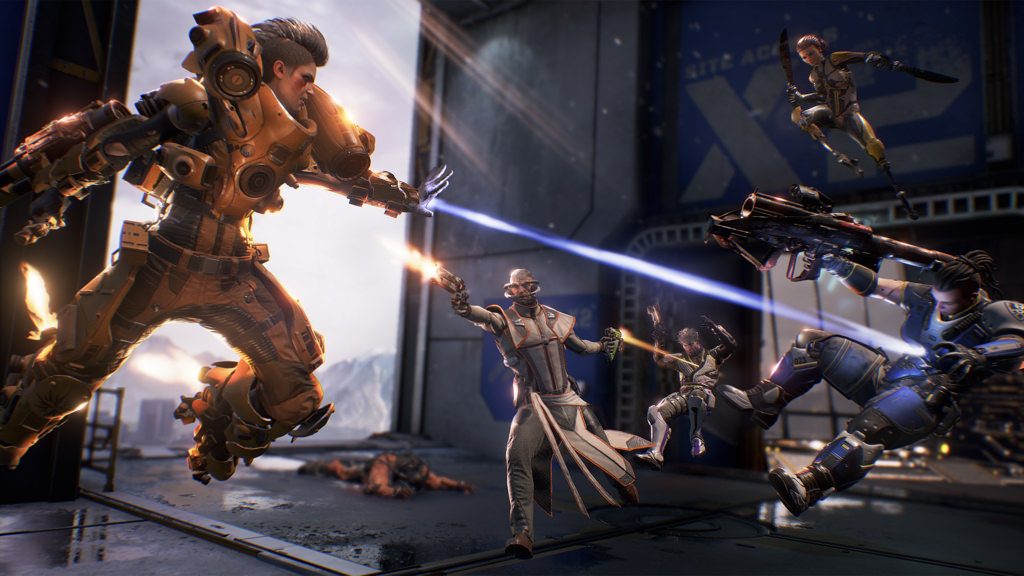 Part of knowing how to get better at LawBreakers is understanding every character – even the ones your opponents are playing. Before you dive into your first real match (although trial by fire is an excellent way to learn), take a few moments in the training section to play each character.

Every character has its own strengths and weaknesses, and by learning these, you’ll be able to recognize what an enemy player is doing, or what they might do in response to your own attacks. 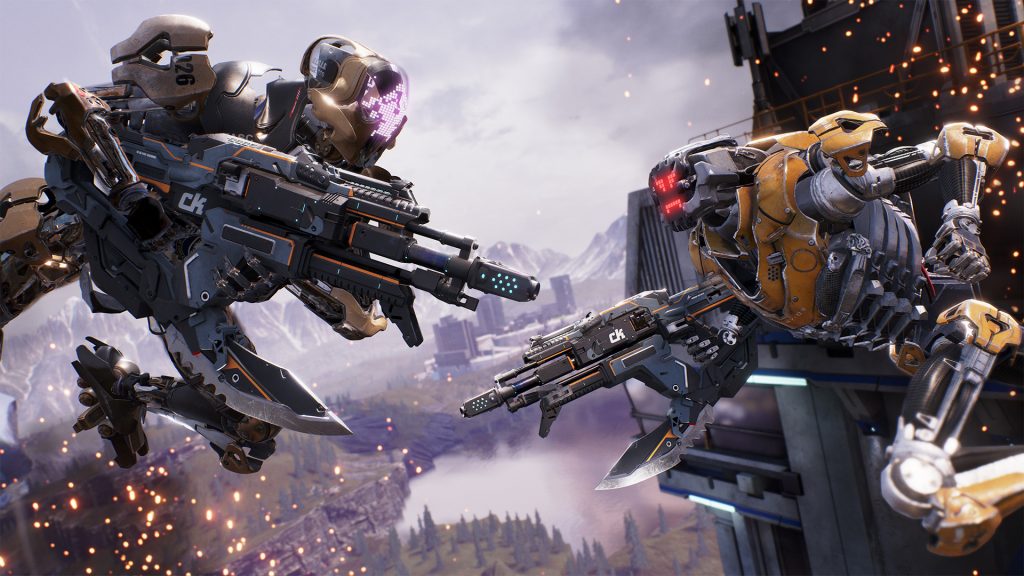 Another huge element of LawBreakers are the sounds. Whether it’s the announcer letting you know the objective is under threat or a Super is being cast, keeping an ear out for the audio cues in LawBreakers is going to keep you alive longer.

Whenever a character activates their super, listen for their call or the sounds they make. This can be the difference between life and death, as there’s nothing worse than running directly into Harrier’s devastating Convergence super.

One of the best ways to hear the audio cues is to obviously have a kickass headset. The Turtle Beach Elite Pro, with the Tactical Audio Controller, go hand-in-hand to ensure you never miss a beat. Your opponents will straight-up think you’re cheating when you get the jump on them because you can hear their freakin’ footsteps as they approach. There’s nothing quite like people mistaking your raw skill for hacks. 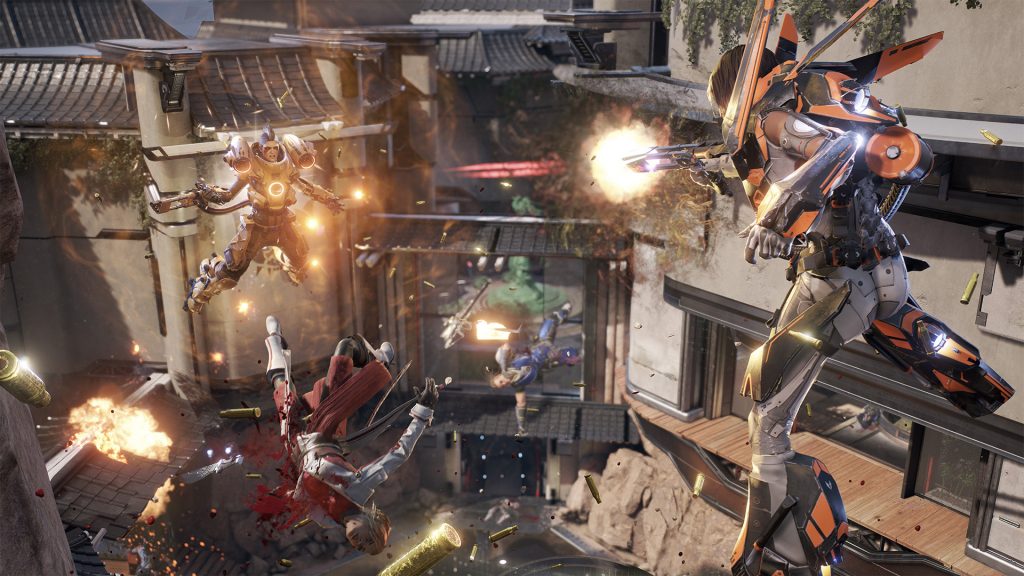 This LawBreakers tip is one that will take its own time: know the maps. It can be tough at first, navigating your way around the many maps in LawBreakers, but after enough games, the general layout will become clear.

Once you get your footing with each stage, begin looking a bit deeper. You’ll find that each map has its own ebb and flow, as well as certain lines-of-sight where you can nail someone as they come around a corner or give you a good angle on an objective.

Another advantage of knowing the maps in LawBreakers is that it allows you to quickly and easily transition from one area to another. If you know how high a ledge is, you will be able to begin your jump at the correct time, or shift from the zero-g zone, into another objective, and around a corner without stuttering to a halt. 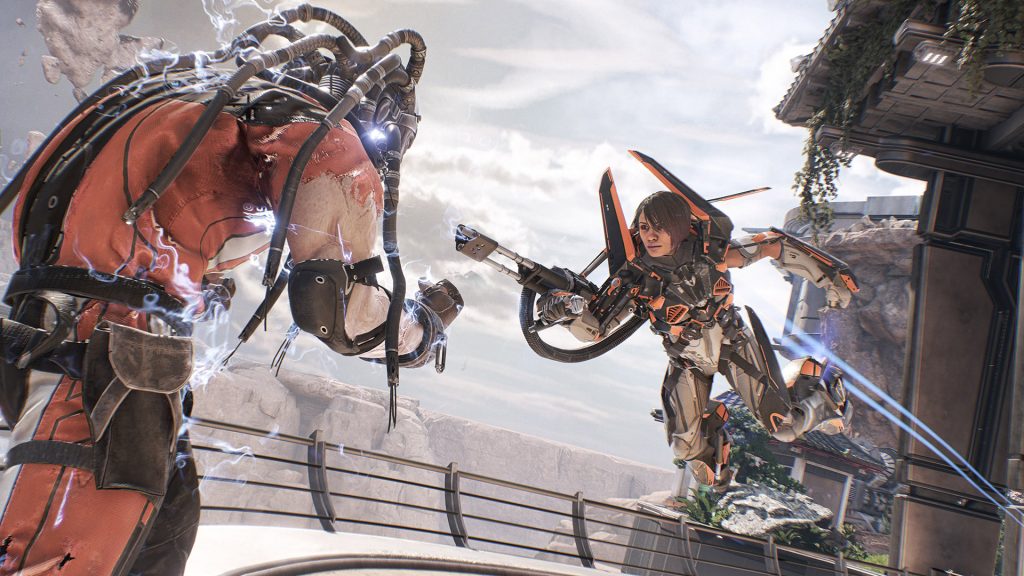 In order to improve at LawBreakers you must know your character’s kit inside and out. A character’s kit is its abilities, but it’s also more than that. A kit is how each ability interacts with one another, and how combos can be linked together to enhance your damage output or combat efficiency.

Shooting Gunslinger’s guns before throwing his Tac-Knife into a combat-heavy area will let the enemies know where you are, but when done the other way around, you gain the advantage. The same goes with Harrier’s Laser Tag – tag your enemy before using the rest of your abilities to increase your damage potential.

Take the time during battles to figure out the best way to string together your attacks and abilities. This can be further improved by working with your teammates to see which abilities should be used first, and in what order. 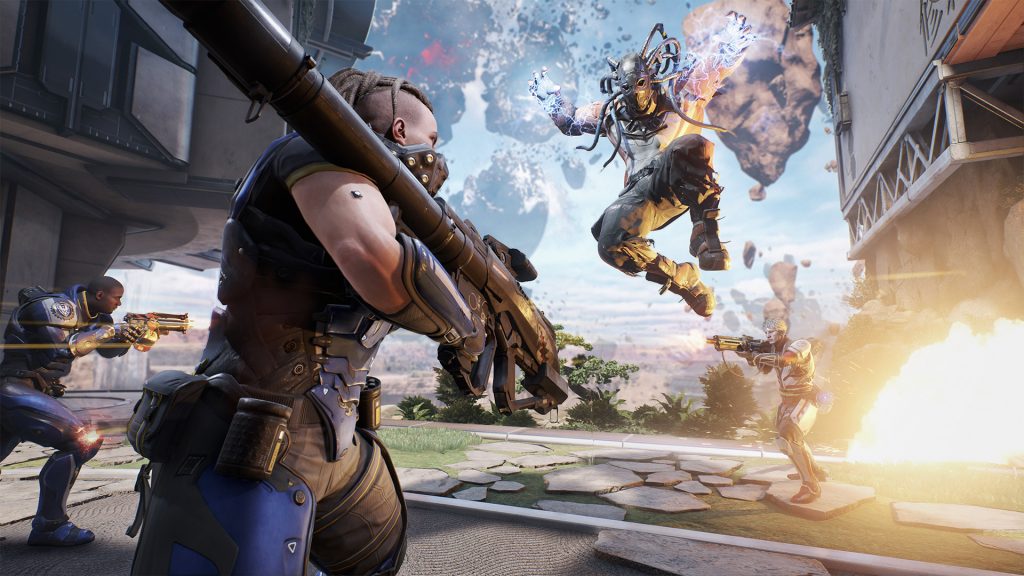 Arguably the most important LawBreakers tip is to keep moving! LawBreakers is incredibly fast, coupling high speed and bunny-hopping, with zero-g areas where your velocity increases, so it’s important to use all of these as much as possible to avoid getting stuck walking around.

Characters like Titan can use their rocket launcher to further increase their speed by firing at the ground as they sprint along and then jumping as the blast occurs to literally rocket jump around the map. While it does deal a little bit of damage, it is incredibly useful when you need to get to the objective quickly! Then there’s Assassin, with its super fast Dash ability. With three charges, you can very easily become a menace for your enemies as you literally dash around their attacks.

The other benefit of continually moving is that it prevents enemy players from landing easy headshots. A moving target is hard to hit – a target sprinting around, jumping into the air, and dashing about is next to impossible to hit, let alone kill.

LawBreakers is fresh out of the gates and kicking up a storm. Keep this tips in mind and you’ll find that your kill count will go up and up! What LawBreakers tips would you give to new players?