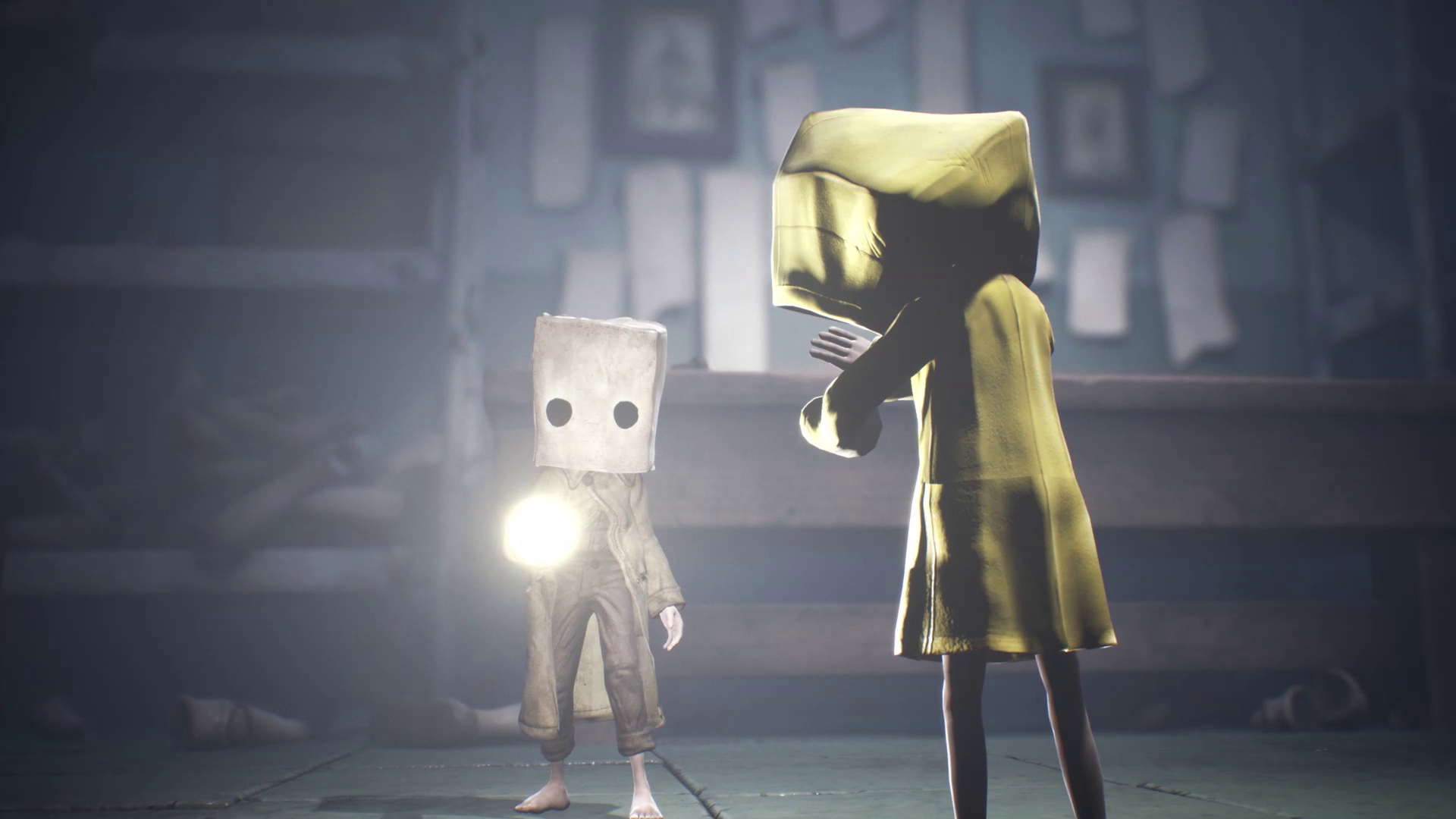 Little Nightmares II is a puzzle platformer with some major horror vibes.  Solving the games environmental puzzles can be hard enough on its own, but when you throw in grotesque creatures trying to outright end you, things definitely get a lot more intense!  Danger awaits around every corner, so take a (quiet) breath and be ready to run for your life!

Need a little help trying to survive the challenges thrown at you?  Looking for some ways to avoid certain death?  We’ve got tips and tricks to help you live another day. 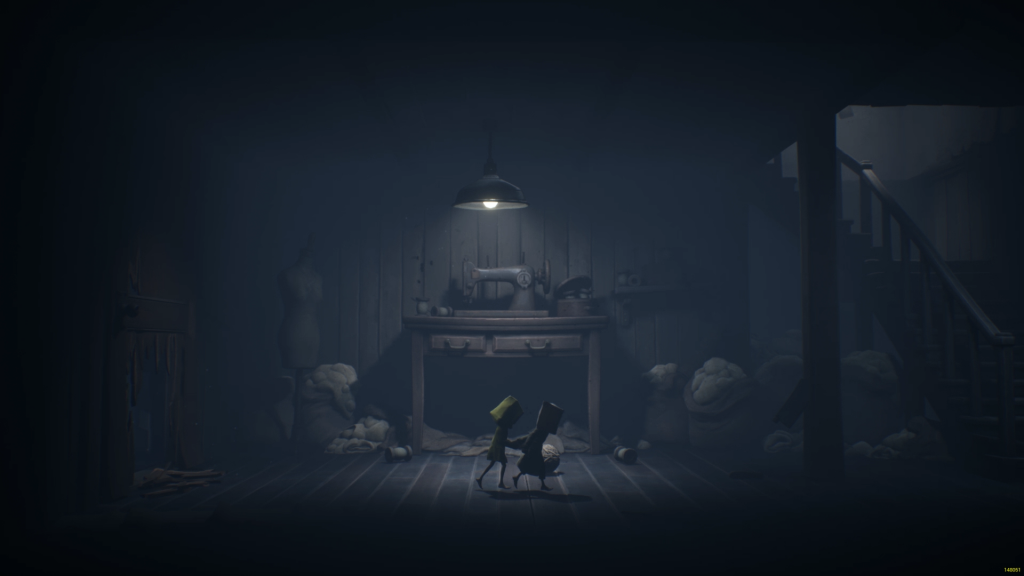 Wow, just missed us working on the bag mask for our Mono cosplay.

Whether you like it or not, you’re going to be chased quite often in Little Nightmares II.  Even worse, the monsters coming after you are absolutely humongous.  Objects in your path that you have to hurdle or skirt around can be pushed aside with ease by your pursuer.  This means you have to be slick with your evasion tactics.  Thankfully, you have one skill in your bag of tricks that’ll let you dip on your enemies instantly.

When you’re on the run and need to make a quick juke, push the crouch button to perform a slide.  The slide can give you a little boost of speed, while also letting you pass under obstacles you’d normally have to jump or climb over.  Saving half a second here or there with a slide can make all the difference during a heart-pumping chase.  Don’t waste precious moments vaulting items when you can slide right by. Slide = life.

Six is a non-playable companion character you’ll have with you on your journey, and they can be pretty invaluable when it comes to passive help.  If you’re ever stuck on a puzzle or confused as to where to go, keep an eye on Six.  While it might seem like they’re wandering around aimlessly with no rhyme or reason, they’re actually taking in the environment.  Six will dish out subtle clues about solutions to puzzles or hints on which direction to move next.  Keeping a close watch on Six can be key to getting you out of some sticky situations. 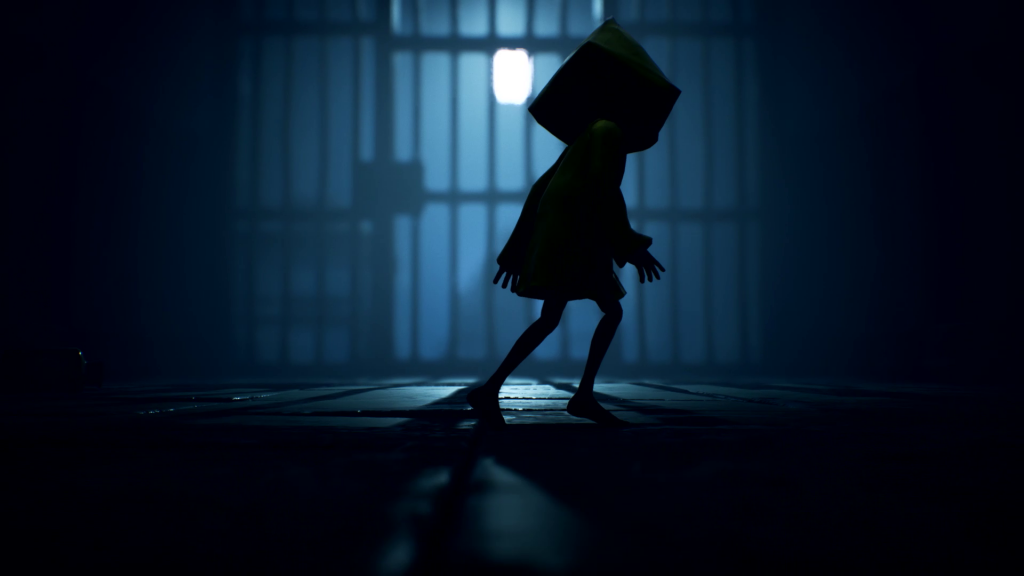 The environments in Little Nightmares II are rich in design, giving you plenty to mull over.  There’s countless items to sift through visually, but sometimes that won’t be enough to figure out your next step.  This is when you should turn up the audio and listen in closely.

Little Nightmares II offers a ton of different audio clues to help players progress.  Some puzzles will have specific audio cues to let you know you’re heading in the right direction.  There are also times when Six will call out in the distance, which lets you know that they’ve found something helpful.  Playing Little Nightmares II with a pair of headphones is definitely the way to go, as the audio presentation can guide you through tough sections.

More than meets the eye

You never know what horrifying abomination is lurking in the darkness in Little Nightmares II.  You’re forced to scrub every environment in order to progress, but taking those steps can be nerve-wracking.  Do yourself a favor and take advantage of the game’s camera controls to do some investigation before you move on.  Using the camera stick will let you explore an area before actually moving into it.  This way you can make a plan for where you want to go first, while also avoiding any traps that might be set. 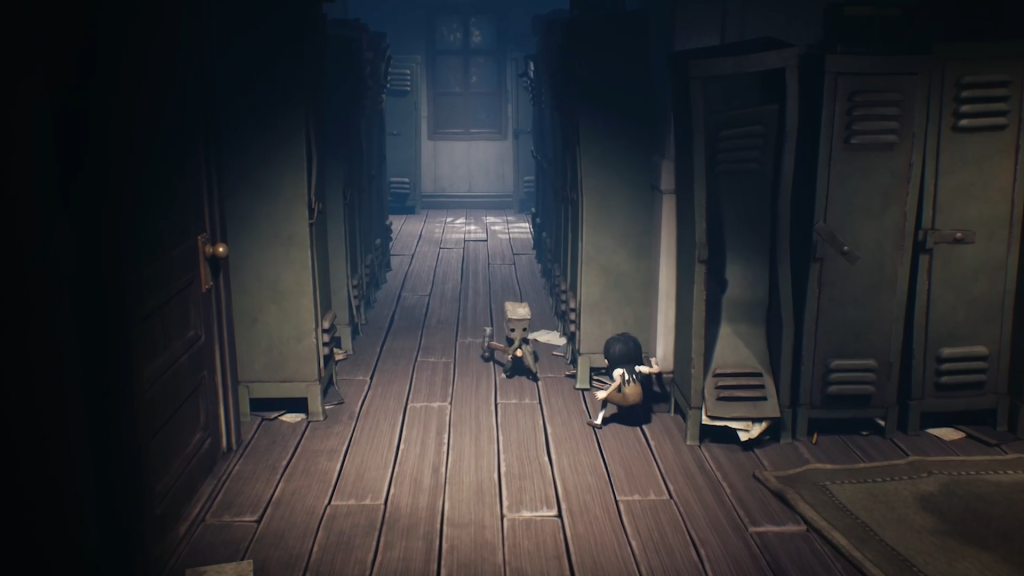 We already see our high school hallways in our nightmares enough as it is.

While there’s certainly some window dressing in Little Nightmares II, you might be surprised with how much the environment can be interacted with.  You’ll obviously have to shift some items in order to make your way through the game, but there’s plenty of hidden content waiting to be discovered as well.

If you see anything in a location that seems suspicious, head over to it and see what you can do.  You might be able to pull, push, or open a new path ahead.  The different settings you’ll visit are usually chock-full of secrets that are just barely hidden from plain sight.  A little bit of time spent investigating will lead to a much more rewarding experience. 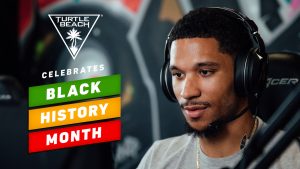 As part of Turtle Beach’s celebration of Black History Month, Turtle Beach is proud to spotlight the achievements of Black leaders within our own community through a series of conversations.