How Resident Evil 3 Has Changed With Its Remake

The Resident Evil 3 remake is almost upon us, and just like Leon and Claire’s brilliant revival last year, things have changed drastically since the original 1999 release of Nemesis. How different, you ask? Let’s take a spoiler-free look at what’s different in this year’s Resident Evil 3 remake, so you’re ready to face everything Racoon City has to offer.

Jill Valentine and the cast 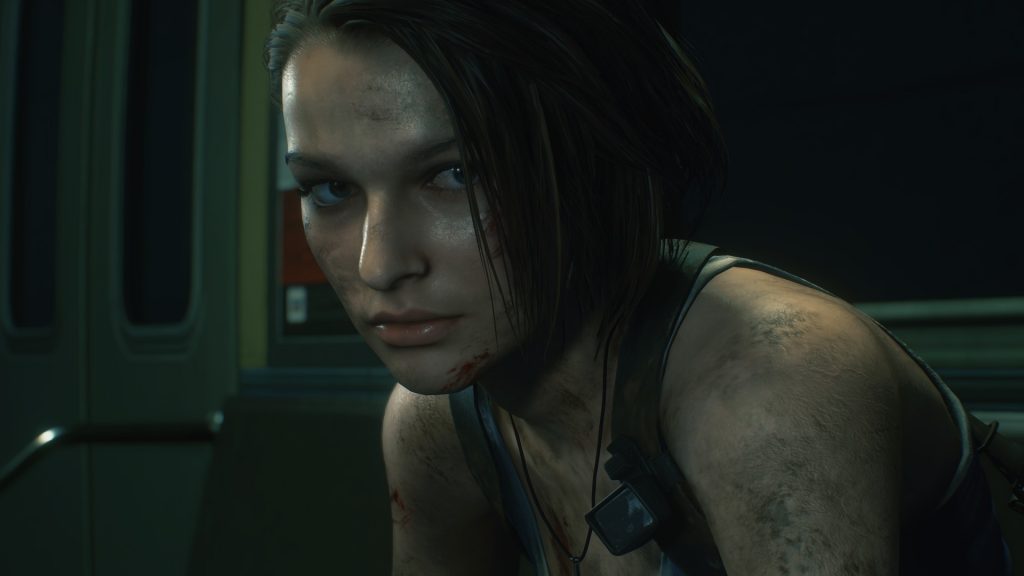 We can’t deny that this is the best Jill Valentine has ever looked. And while we’re certainly fans of the classic sandwich line, this is unquestionably her greatest performance too. The classic miniskirt design is gone (though still available as a preorder bonus), replaced instead with a more modern jeans and tank top combo. She’s not the only one to get a rework either, with Carlos and his companions Nikolai and Mikhail all showing off updated designs.

Carlos, in particular, has had a complete overhaul and is now sporting a surprisingly voluminous head of hair. He’s received an expanded role to match, so expect to see and play a lot more of him as you work your way through the story. Thanks to new mo-capped facework, the expressions and delivery during cutscenes are even more impressive than in Resident Evil 2.

Our memories can be a fickle thing, so to make sure Resi 3’s big bad lives up to the specter we recall stalking us over 20 years ago, Capcom has seriously beefed up Nemesis’s toolkit. The S.T.A.R.S. hunter is based on the same foundation as Resi 2’s Mr. X, but while that guy was happy to plod along at a brisk walk, Nemesis is much, much more of a bully. 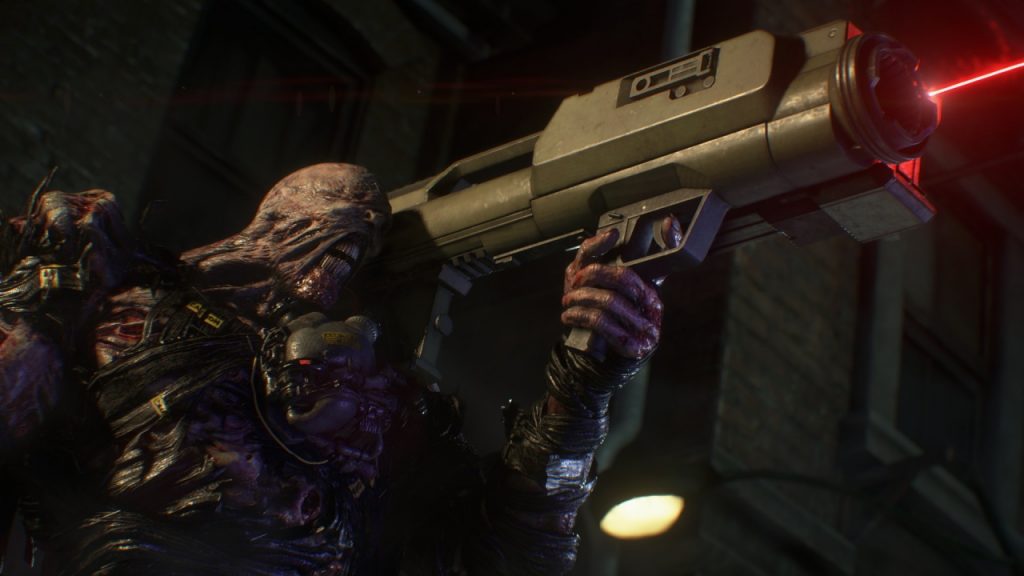 An upgraded Tyrant model, he’s capable of grabbing you with tentacles, and can land a punch while on the run. He won’t stop when you’re down, either, continuing his assault until you dodge out of the way or fall down dead. Oh, and did we mention that at a couple of key points, he won’t even respect the sanctity of safe rooms? Yikes.

While he is a relentless, exhausting pressure, Nemesis will actually only appear at a few key moments in the game – arguably less than in the original. Each appearance will see him boosted in power, including wielding a new flamethrower that makes for some spicy boss fights.

We’ll skip over the obvious camera and controls changes here to focus on the more interesting gameplay changes for Resident Evil 3. Live Selection – Resident Evil 3’s momentaneous decisions which could impact the story or even end Jill’s life – have been removed entirely. These instances were one of the most unique things about the original game but never appeared in a Resident Evil title since, so it’s safe to say that Capcom wasn’t too fond of how they played out. 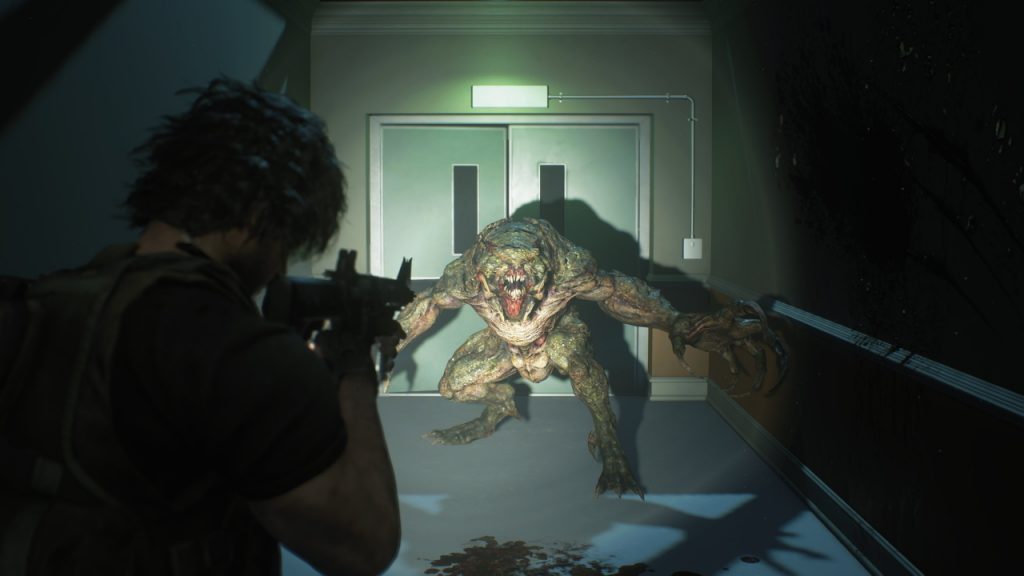 What does return is the dodge mechanic, albeit in an updated, more stylish form. With a tap of the bumper, Jill can make a swift movement in any direction, potentially saving her from a zombie’s grip or the swinging fists of Nemesis. Time it just right and you’ll execute a perfect dodge, giving Jill the chance to land a powerful counterattack at the enemy’s weak point. It feels incredibly satisfying, and makes sense for Jill given her extensive special forces training.

Overall, Resident Evil 3 is an even more action-heavy game than the original, packing Raccoon City with zombies to gun down or dodge. The threat of Nemesis lurking in the background and the increased enemy count can make for an oppressive atmosphere, but one with a lot less horror. 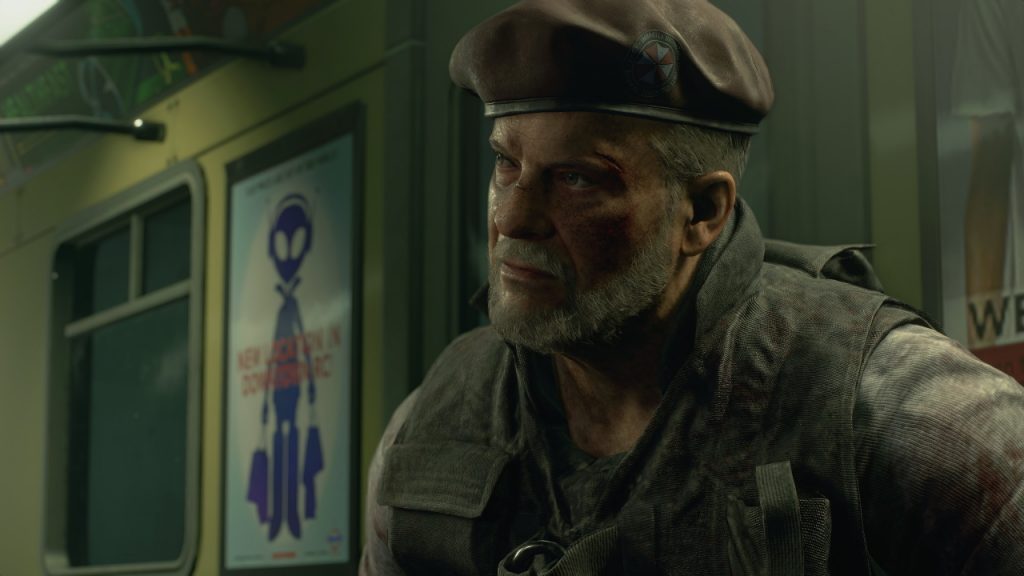 Last year’s Resident Evil 2 remake chopped and changed bits of the original’s story while maintaining the overall structure. Resident Evil 3 is no different, though there’s a noticeable absence of a few famous monsters from the original. We’ll avoid major spoilers for those yet to experience the game, but Resi series stalwarts will notice an absence of the Grave Digger worms which terrorized Jill briefly in Resident Evil 3: Nemesis.

Gone too are the multiple endings the original offered up, with the remake sticking to a more concrete closure for the story. The roles of side characters have been beefed up quite a bit, and that goes beyond just Carlos’ gang. Figures like Marvin and Robert Kendo also get extra, if brief, time to shine, all of which helps bring the story to the forefront in the remake.

Sadly, one of the biggest ways the Resident Evil 3 remake remains markedly similar to the original is in its length, or lack thereof. Resident Evil 3 will likely run you just over six or seven hours on your first playthrough, which is a tad short for our tastes. Sure, experienced players will have been able to blitz through last year’s Resident Evil 2 in a couple of hours after mastering their path, but the original run lasted longer, and there was far more replayability on offer there. For solo players, Resident Evil 3 is a far less generous package, but for those who like multiplayer, there’s something else new in store. 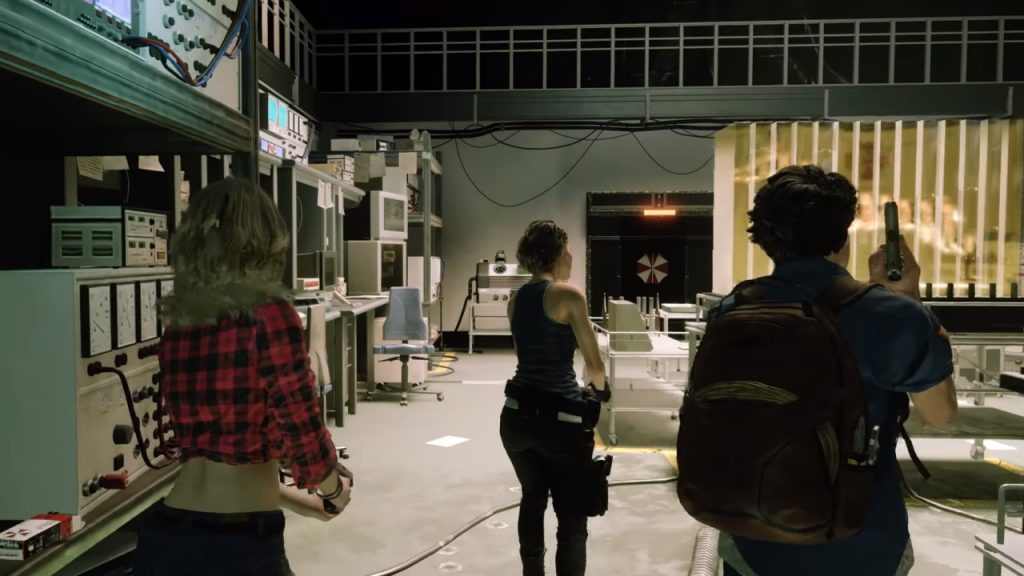 The original Resident Evil 3 was the first time the regular Mercenaries mode made an appearance, but for this entry Capcom has dropped the mercs in favor of a new and strange multiplayer component. Called Resident Evil Resistance, it pits four survivor players against a lone Mastermind. The survivors must work together to solve minor puzzles and work their way through an Umbrella facility, all while the Mastermind throws monsters, traps and more their way. It’s certainly of interest for al ugh, but whether it’ll hold much of a playerbase in the long run remains to be seen.

So there you have it, the biggest ways in which Resident Evil 3 has changed since the 1999 original. Following such an upgrade in visuals, controls and more, it’d almost be better to consider how the two games remain the same! Are you a fan of Resi 3’s new look? Let us know in the comments below.