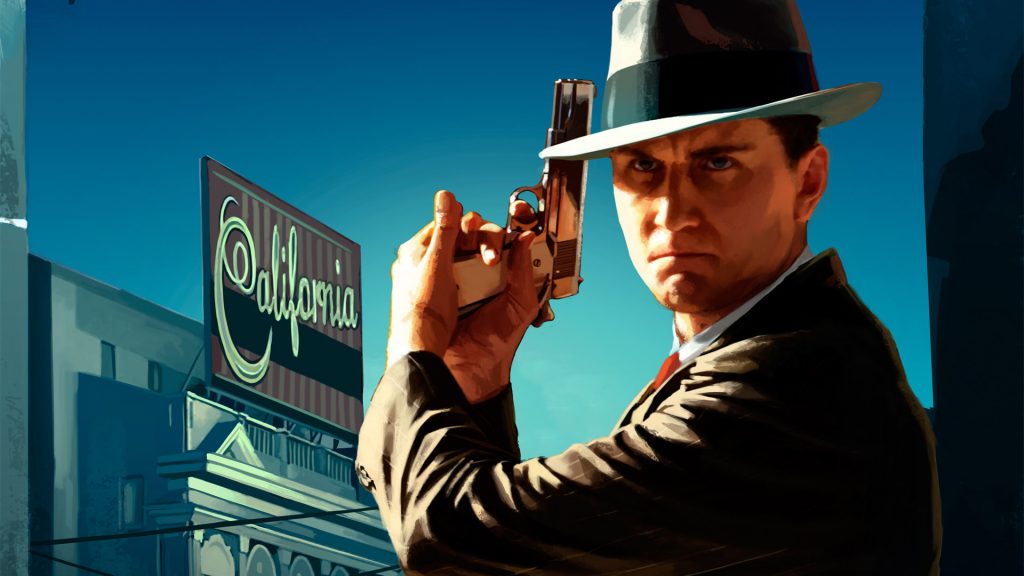 The 1940s, a decade of men in suits, beautiful dames singing, smokey bars full of smooth jazz, and apparently, a heck of a lot of crime. LA Noire introduced gamers to this world back in 2011, and now Rockstar is bringing its crime-fighting, neo-noir title to the Switch, PlayStation 4, and Xbox One consoles.

Anyone who got their hands on a copy of LA Noire back in 2011 will no doubt remember how unique the game was compared to anything out there, especially Grand Theft Audio, Rockstar’s flagship franchise. In LA Noire, you didn’t jump behind a car, cruise around Los Angeles, and take down mob bosses with weaponry, you were instead a clean-cut detective who was working their way up the ladder, using intuition and good ol’ detective work as your weapon.

This meant that the game took a different pace, despite being set in a seemingly open world like GTA. Objectives involved scouring crime scenes for clues in a desperate attempt to collect any information about the crime, which was vital if you wanted to get your suspect or witness to speak, which was the highlight, and the primarily selling point of the title.

Speaking with suspects and witnesses was a tremendously rewarding challenge. The delivery of lines and facial expressions sold every moment as you tried to pinpoint a wavering voice and detect whether a person was giving you the truth of holding back information. Sound was the key to your success in LA Noire, and it was the key to building a realistic representation of a 1940s Los Angeles.

Jim Sterling of Destructoid found the voice acting to be some of the best he’d experienced, commending the performances: “All the voice acting, with the exception of a handful of bit characters, is outstanding. Professional and naturalistic, one of the finest vocal casts you’ll find — and this is coming from someone who is very discerning about voice acting.” Though the voice acting wasn’t the only audio worth listening out for in LA Noire, the entire soundtrack helped lay a foundation of emotions – perfect to enjoy with a gaming headset like the XO THREE for Xbox One!

In IGN’s review of LA Noire, Hilary Goldstein commented on the music in LA Noire, stating it was, “one of my favorite game soundtracks in years,” and you can see why. The music below perfectly encapsulates an emotion difficult to describe, it’s from a place and time many of us have never experienced. We hear the swelling jazz and the downpour of rain as they couple together to evoke a sense of loneliness, sadness, and mystery.

Brad Shoemaker, over at GiantBomb, had this to say about the soundtrack in LA Noire:

“The big-orchestra score feels completely appropriate for the setting and subject matter, and there’s a great musical aspect to the investigations as well. When you’re out looking for clues you’ll get single notes from the piano and stand-up bass indicating there’s more evidence to be found, and sustained strings add some discomfort to the interrogations when the tension starts to build between Phelps and his subject.”

Thanks to the excellent capture technique utilized, confrontations with other people were awkward and difficult in LA Noire, and by partnering the ambient score with these scenes, Team Bondi were able to elevate the entire experience. It was incredibly easy to just get lost in the moment, staring down your witness, listening to the rain on the pavement and the distant buzz of a jazz bar.

For a game that is quickly approaching ten years old, LA Noire has managed to stand the test of time both graphically and from a gameplay standpoint. Now that it’s releasing on current-gen consoles, anyone who missed out on the original launch back in 2011 should take some time to dive into LA Noire and walk the footpaths of 1940s Los Angeles as a cop just lookin’ to clean up the streets.