Guardians of the Galaxy Slot Machine Choice: Should You Play? 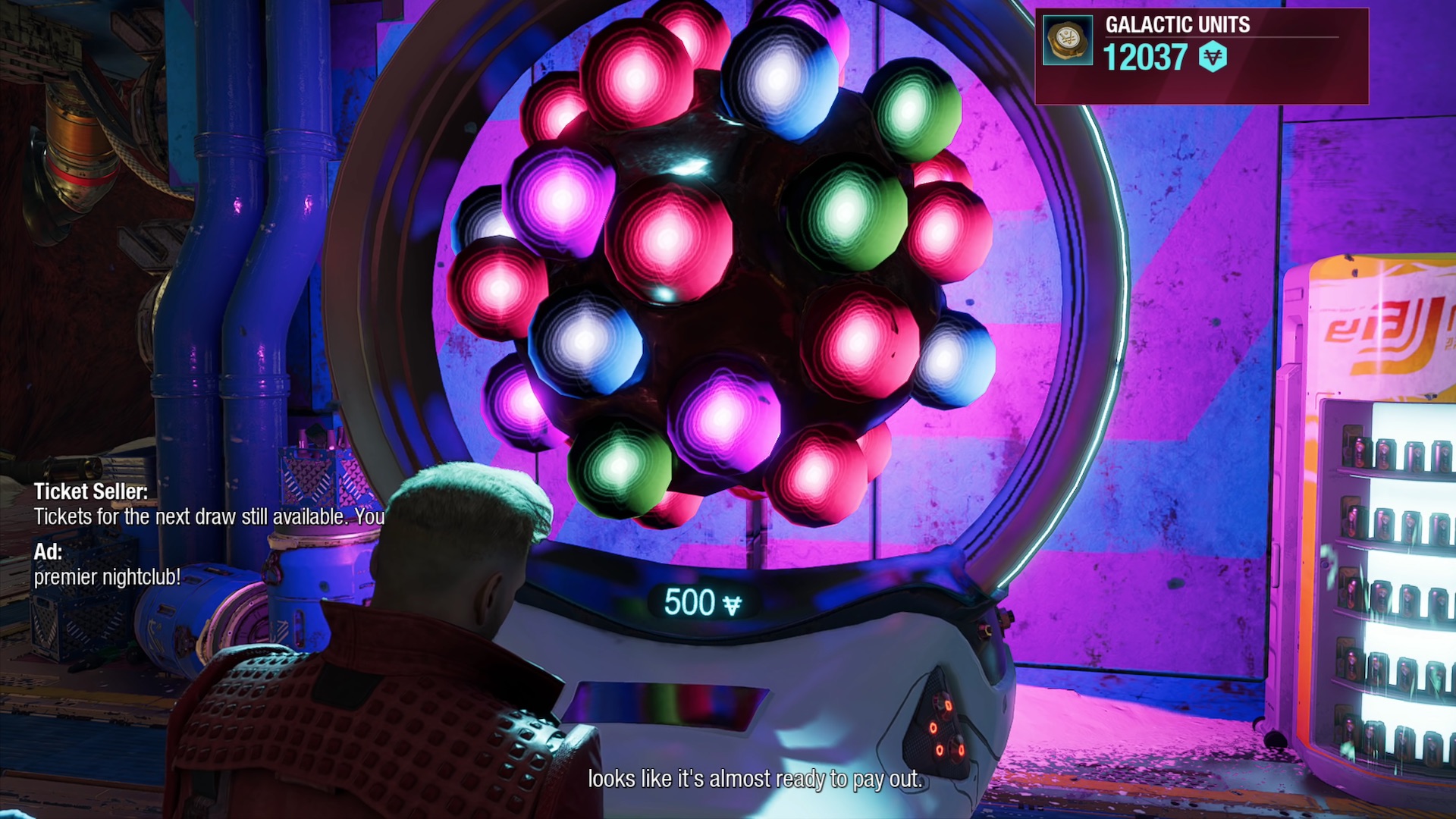 For now, though, we imagine you’re curious to know if you should play the Knowhere slot machine in Marvel’s Guardians of the Galaxy? No problem, we have a guide for that just below, so read on for everything you need to know.

Should You Play The One-Armed Bandit Slot Machine?

Whilst there are still a few objectives to accomplish during the chapter, players also have some time to check out some of the Knowhere games, including a lottery ticket machine, a cup and ball game, as well as many more.

Eventually, you’ll come across an ‘Interactive Colorama Slot Machine’ which you can play for 500 Galactic Units. Before playing, Starlord will comment that the ‘One-Armed Bandit’ looks like it’s “almost ready to pay out”.

To win, players will need to pay the 500 Galactic Units, pull the lever, and if all colors match when the light show ends, you win.

You’ll be given a choice beforehand, but you absolutely should not play the slot machine on Knowhere. It’s yet another scam.

If you do play the machine will start flashing different colors, and eventually, all balls will turn purple indicating you have won the jackpot, but then it crashes with an error and you’ll lose your money.

That’s everything you need to know about the one-armed bandit machine in Marvel’s Guardians of the Galaxy. However, if you’re looking for more guides then follow the links below for more helpful tips, tricks and explainers.