Guardians of the Galaxy: Sell Groot or Rocket Choice Explained 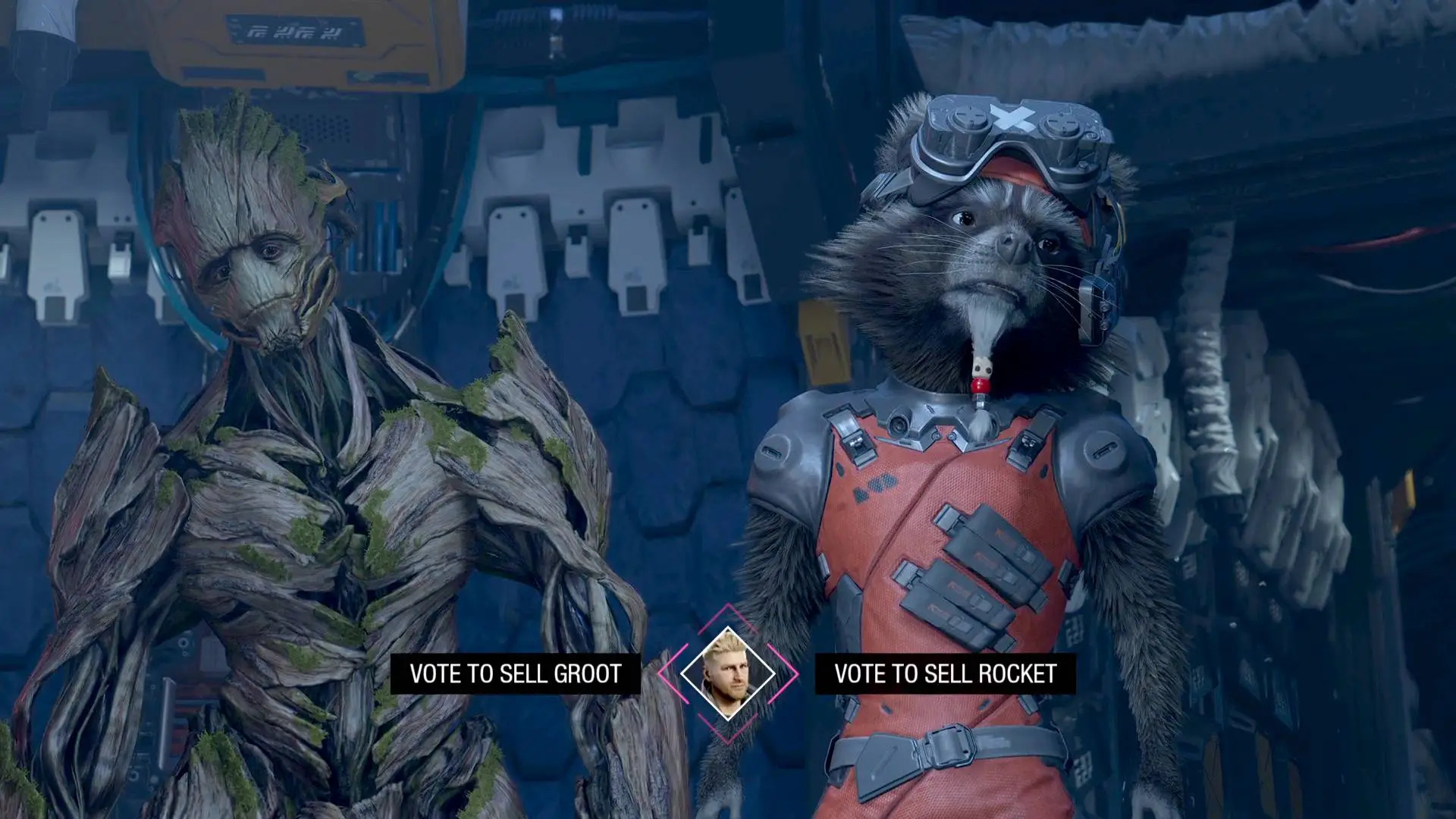 For now, we imagine you want to know whether you should sell Groot or Rocket in Marvel’s Guardians of the Galaxy. No problem, we have a guide for that just below, so read on for everything you need to know.

Should You Sell Groot or Rocket in Guardians of the Galaxy?

Chapter 4 of Marvel’s Guardians of the Galaxy is called ‘The Cost of Freedom’ and it begins with the crew needing to decide how to pay back their fine to the Nova Corp. Eventually they decide to try and sell either Groot or Rocket to the infamous Lady Hellbender on Seknarf Nine.

First up, don’t worry too much about your decision since you won’t lose either character in the grand scheme of the story. Secondly, you’ll get the chance to change your decision before the start of the next chapter.

For those wanting to know exactly what happens though, here’s a breakdown of what happens in Guardians of the Galaxy should you decide to sell Groot, or Rocket.

What Happens If You Sell Groot?

Make sure you also don’t back down at any stage, just ignore to prompts and Gamora will save the negotiation.

Following the sale, you’ll have a stealth mission to rescue Groot, eventually leading to the chapter’s final boss battle. 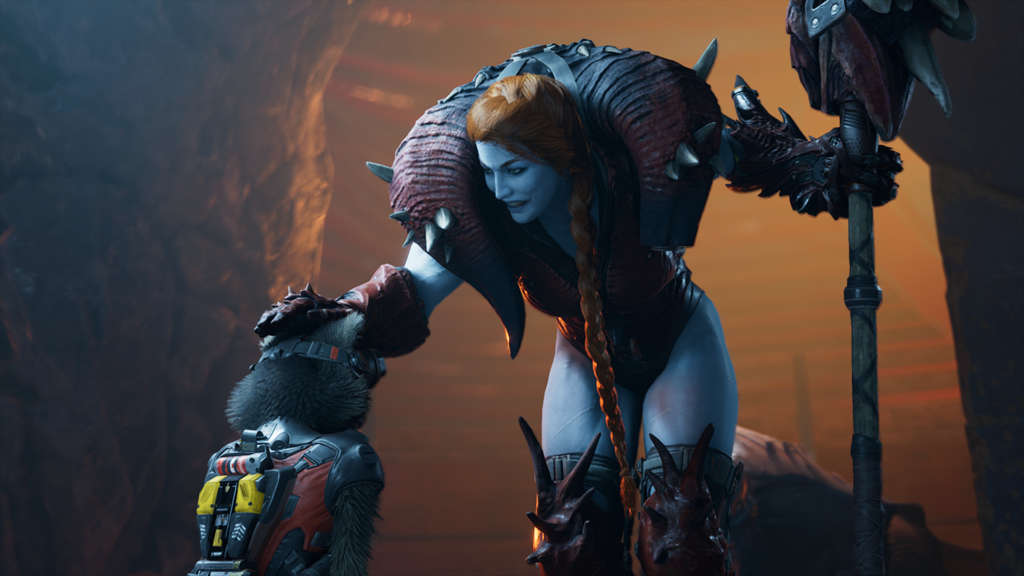 What Happens If You Sell Rocket?

If you decide you want to sell Rocket to Lady Hellbender, then she will straight up laugh in your face, and Rocket, being a hot-tempered Trash Panda, will start shooting and causing a scene leading to your escaping.

Basically, all pretense of stealth will go out the window and you’ll end up having to shoot your way out of Lady Hellbender’s fortress.

It’s also worth noting that you’ll eventually get stuck in a vault with poison gas and you’ll be able to find 12,000 credits lying around in a container, so make sure to grab those whilst escaping.

What choice is best? Sell Groot or Rocket?

Ultimately, it doesn’t matter. You will anger Lady Hellbender either way, and both choices pay out 12,000 credits it’s more a decision based on whether you want to play a stealth mission, or a firefight mission.

Admittedly you get to see a bit more of Lady Hellbender’s castle, but if you can’t stand stealth missions you’re not exactly missing out on much.

So just choose whatever playstyle you would prefer before the big boss fight with the Dweller-in-Darkness towards the end of the chapter.

That’s everything you need to know about your choice in selling Groot or Rocket in Marvel’s Guardians of the Galaxy. However, if you’re looking for more guides then follow the links below for more helpful tips, tricks and explainers.