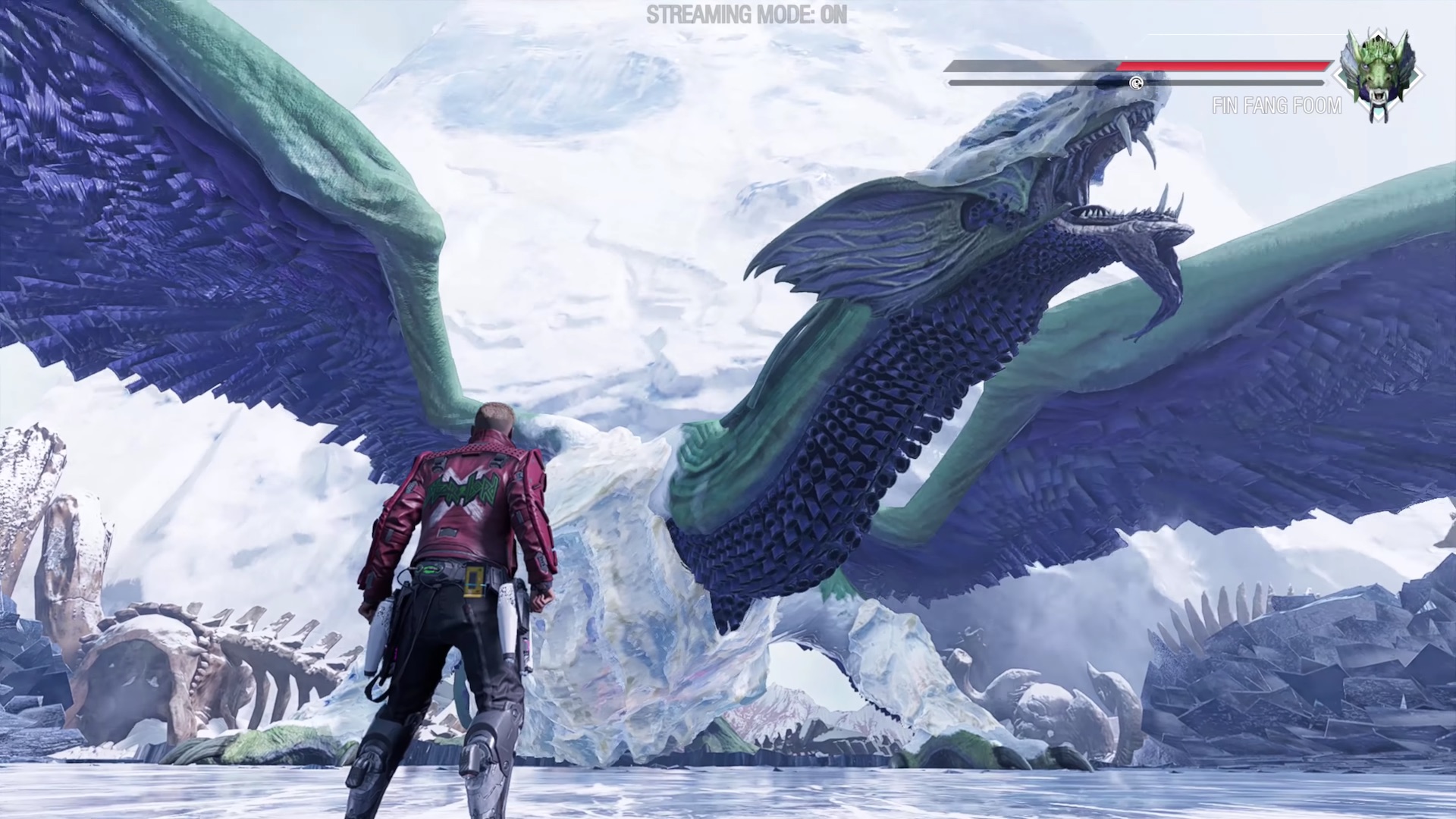 For now, we imagine you’re having some difficulty with Fin Fang Foom and want to know how to defeat the boss in Marvel’s Guardians of the Galaxy. No problem, we have a guide for that just below, so read on for everything you need to know.

Chapter 13 of Marvel’s Guardians of the Galaxy is called ‘Against All Odds’ and towards the end of the chapter players will need to defeat Fin Fang Foom as part of a plan to win Lady Hellbender’s forgiveness.

When Peter uses his Tactical Scan of the large dragon-like creature, the description reads: “”Prioritize destruction of ice armor. Beware of sweeping attacks from claws. Plasma highly effective against ice. Could be bound in a moment of vulnerability.” 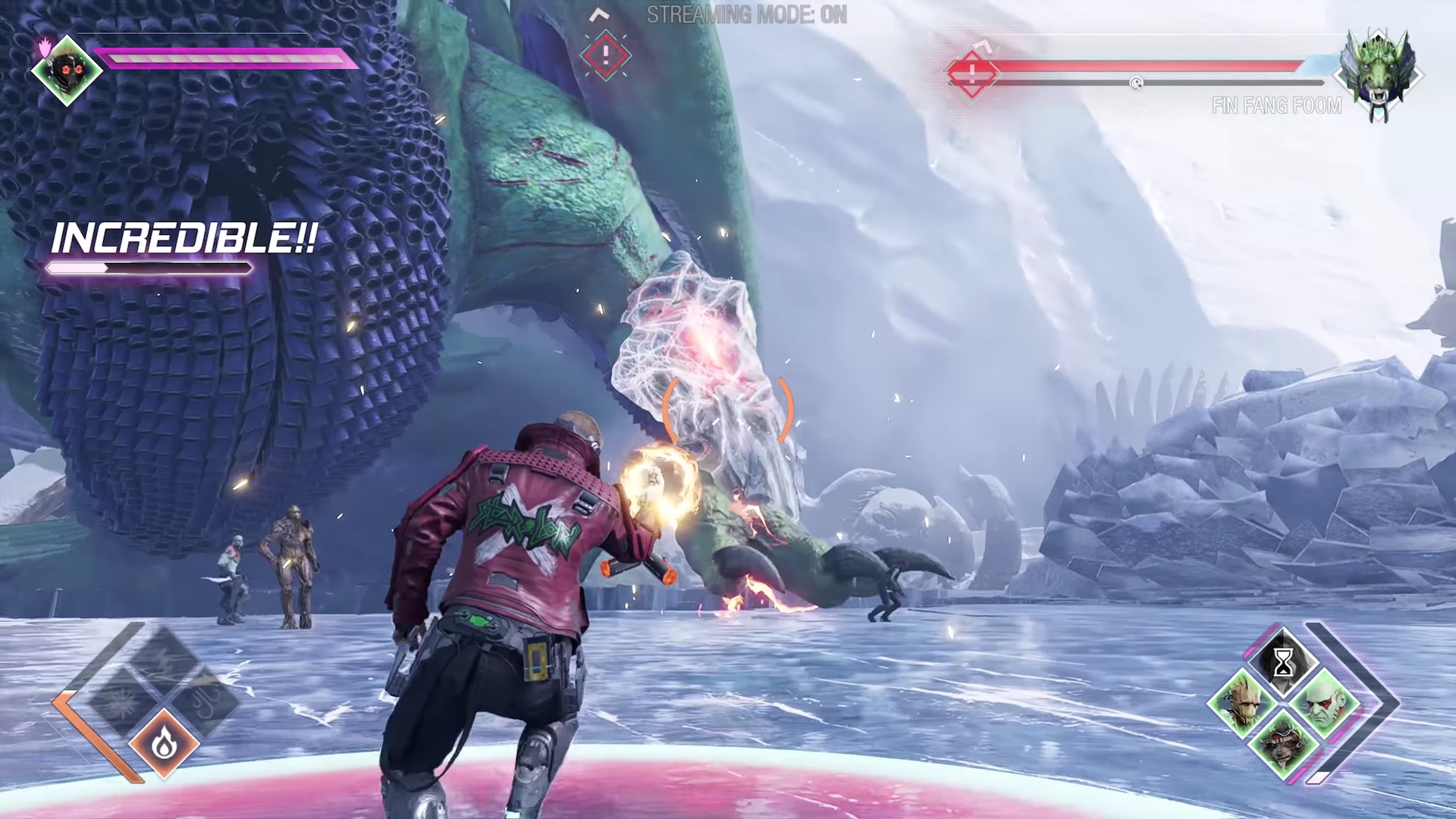 During the first phase of the boss fight players need to avoid most of Fin Fang Foom’s melee attacks whilst also focusing your attacks on the beasts ice armour on the forearms, head, and chest.

The ice armor is protecting Fin Fang Foom from taking any damage so once you’ve done that you can start chipping away at its health. To remove his Ice Armor, use Starlords newly acquired Plasma Blaster ability to melt the ice armor. When the ice armor is gone, shoot it with normal ammo and use the rest of your teams abilities as much as you can.

Whilst doing this you’ll also need to avoid Foom’s various other attacks, such his fireballs, so watch out for the markers on the ground which are glowing a red color.

Work your way through until all the ice armor is gone to start the second phase of the boss fight. 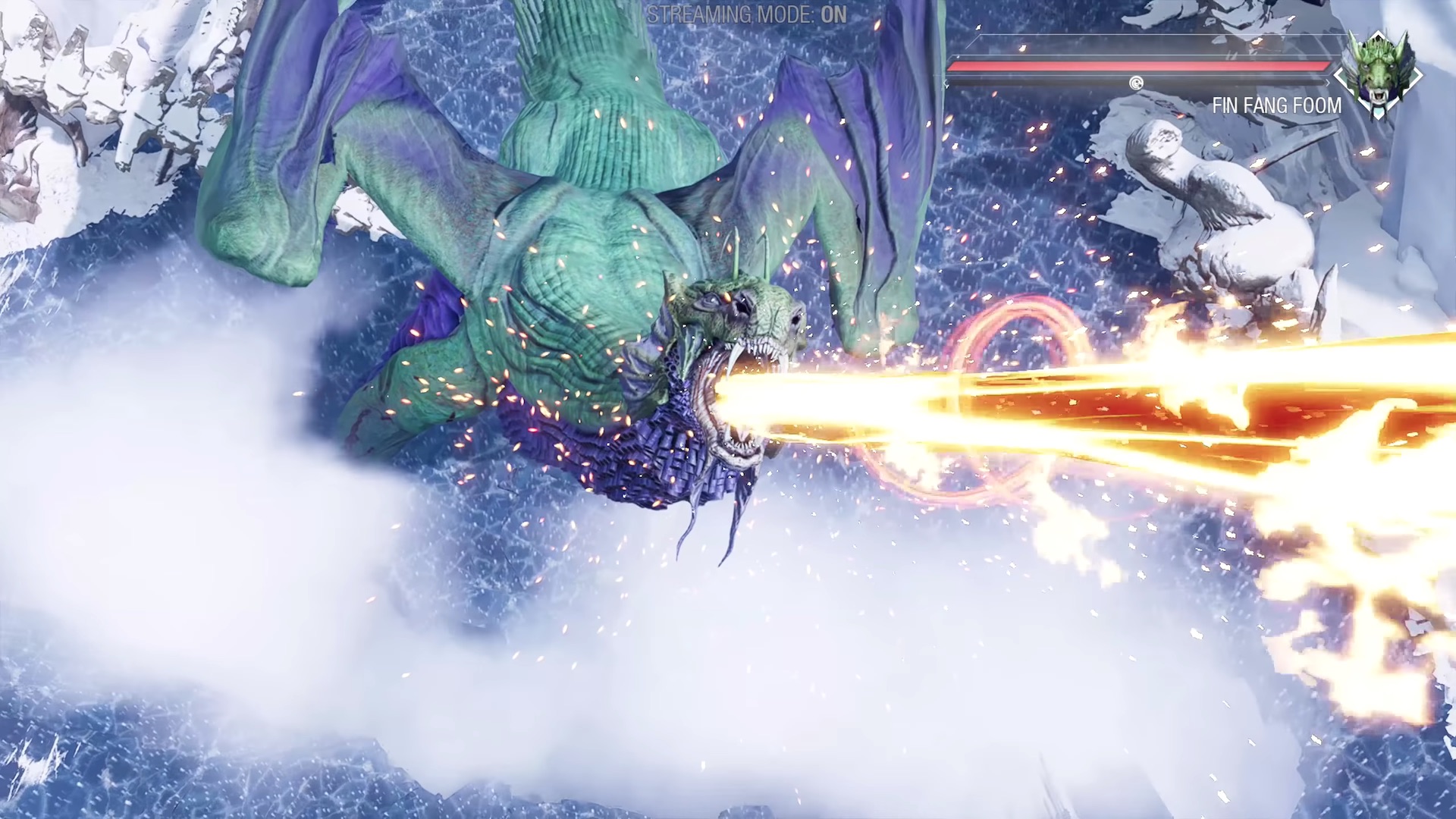 In the second phase of the boss fight with Fin Fang Foom, the monster will start to fire into the sky and subsequently this will cause ice blocks to fall down from the sky. There’s also one LARGE ice shard that will fall down which we’ll come to later.

It goes without saying you will have a lot of debris to dodge at all times, but whilst doing this you will need to keep dealing damage to Fin Fang Foom’s chest.

Eventually when you have dealt another damage a prompt will appear meaning Drax and Groot can throw the large ice shard at Fin Fang Foom causing him to stagger and his head to fall to the ground. When this happens, us Groot to hold him down and unleash everything you’ve got, including your special abilities.

Keep repeating the process with the ice shard and eventually, you’ll deal enough damage to move onto the third phase of the boss fight with Fin Fang Foom. 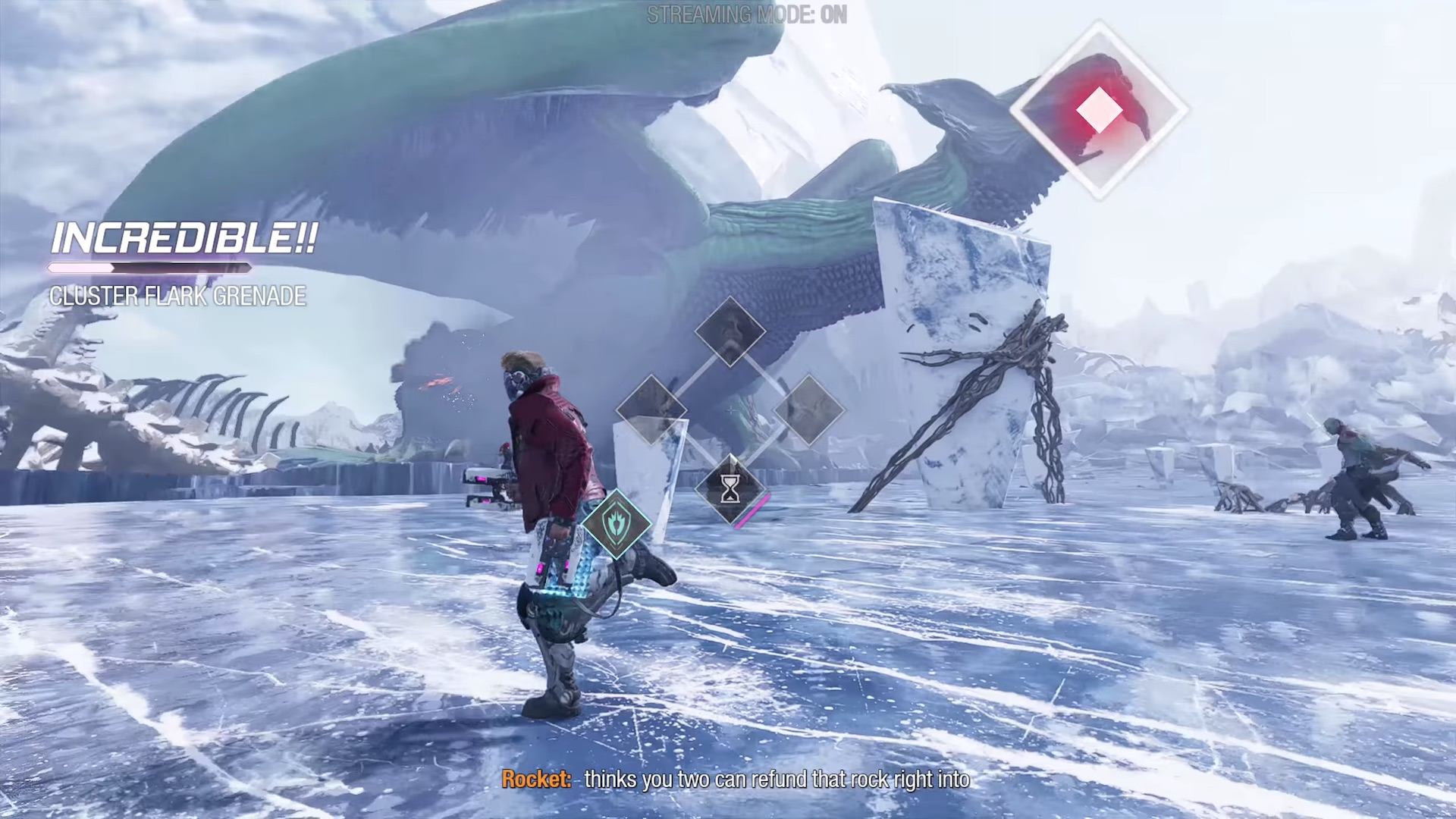 Once you’ve dealt enough damage Foom will start using two new attacks. The first will see him breathing fire in a long line in front of him. This is easy to avoid if you stay far away. Likewise, Foom will also use its claws to slam into the ground, again, this can be avoided by staying far enough away, if you keep shooting you can still inflict damage anyway, just a smaller amount.

Otherwise, it’s exactly the same as phase two. Just keep avoiding the debris, and throwing those large ice shards at Fin Fang Foom and dealing as much damage as possible when its staggered.

Eventually, when you have completely depleted the health bar the fight will be over and a cinematic will begin to play before the next chapter starts.

That’s everything you need to know about beating Fin Fang Foom in Marvel’s Guardians of the Galaxy. However, if you’re looking for more guides then follow the links below for more helpful tips, tricks and explainers.