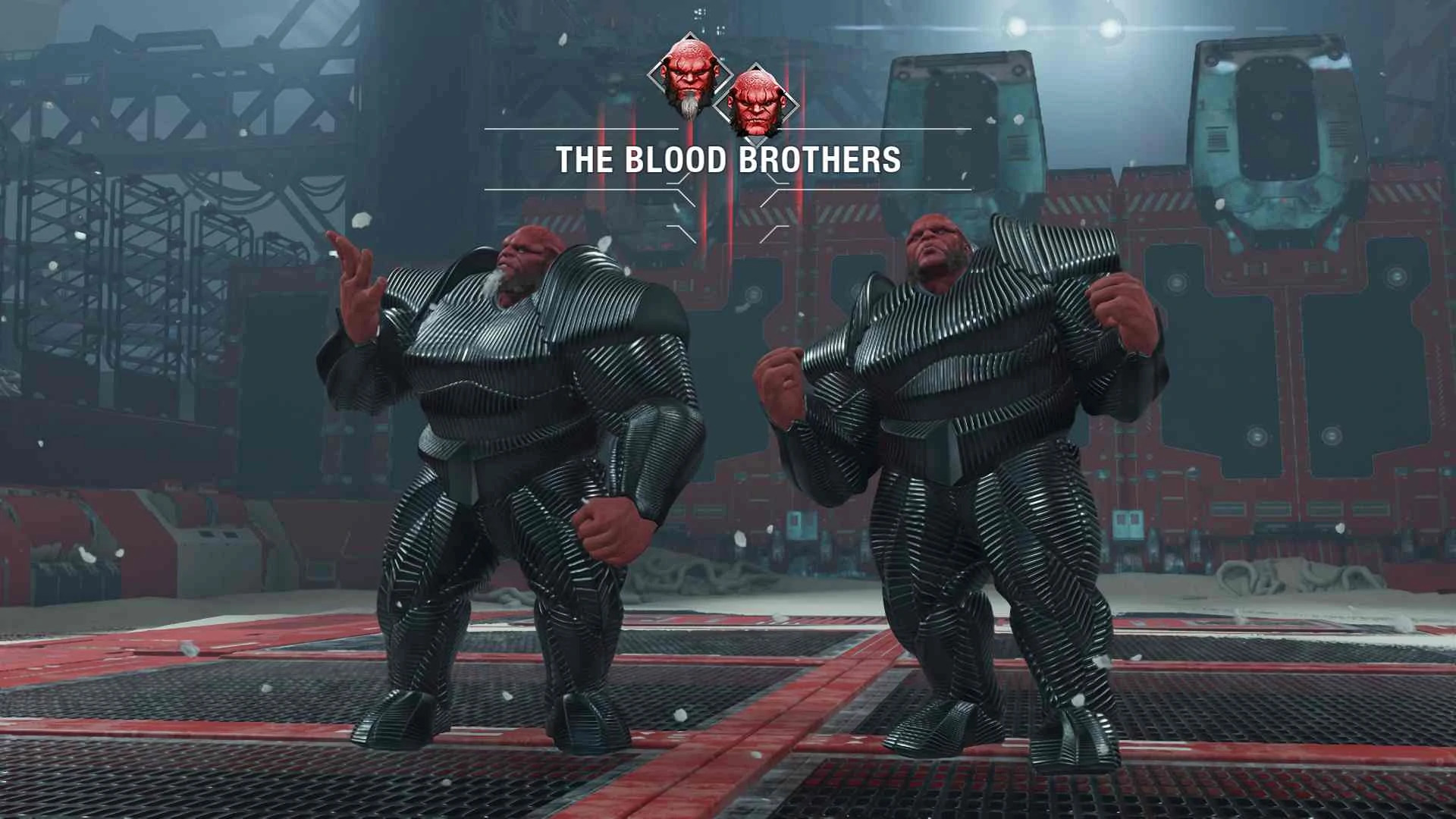 For now, though, we imagine you’re in need of a walkthrough guide to help defeat the Blood Brothers in Marvel’s Guardians of the Galaxy. No problem, we have a guide for that just below, so read on for everything you need to know.

How To Defeat The Blood Brothers

Chapter 6 of Marvel’s Guardians of the Galaxy is called ‘Between a Rock and a Hard Place’ and sees the ragtag team visit ‘Knowhere’ for a little R&R and to warn Cosmo – a talking physic Soviet space dog – about the Nova Corps cultists.

On Knowhere, players will first have some time to check out a few games such as alottery ticket machine, a cup and ball game, and a slot machine. Soon enough though you’ll be back on your main mission, where you are cornered by two of Lady Hellbender’s Bounty Hunters, known as ‘the Blood Brothers’. 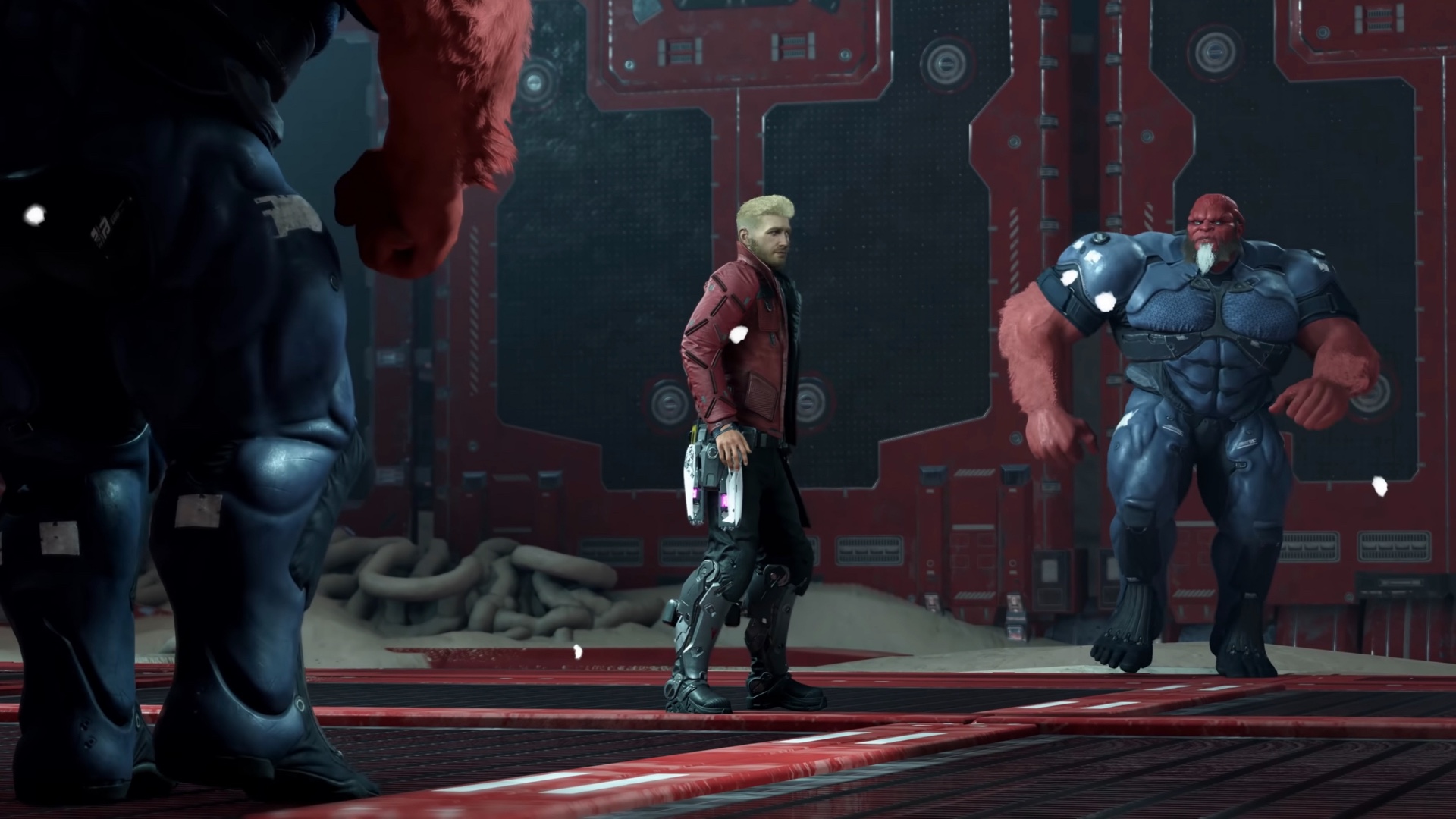 During Stage 1 of the boss fight, you don’t have to beat them, you just need to avoid the brothers since your gunshots can’t damage them whilst they have their armor up.

So just keep dodging the pair for around 2 to 3 minutes until Gamora shows. During Stage 2, you’ll learn that when the brothers are separated, their armor shields will come down and they’ll be vulnerable to any attacks.

Now, you can choose to shoot them at this point, but players have found (see video below) that you can actually just keep dodging. After another 2-3 minutes Drax will join the fight, which signals the third phase of the fight.

Once again, same rules apply. You can shoot them and damage them whilst they’re separated, but you can also just keep dodging for another 2-3 minutes until the boss fight concludes when Cosmo the physic space dog interrupts the fight and incapacitates everyone ahead of a new cut-scene.

So that’s it, that’s how you can beat The Blood Brothers without even having to fire your blaster.

That’s everything you need to know about The Blood Brothers in Marvel’s Guardians of the Galaxy. However, if you’re looking for more guides then follow the links below for more helpful tips, tricks and explainers.