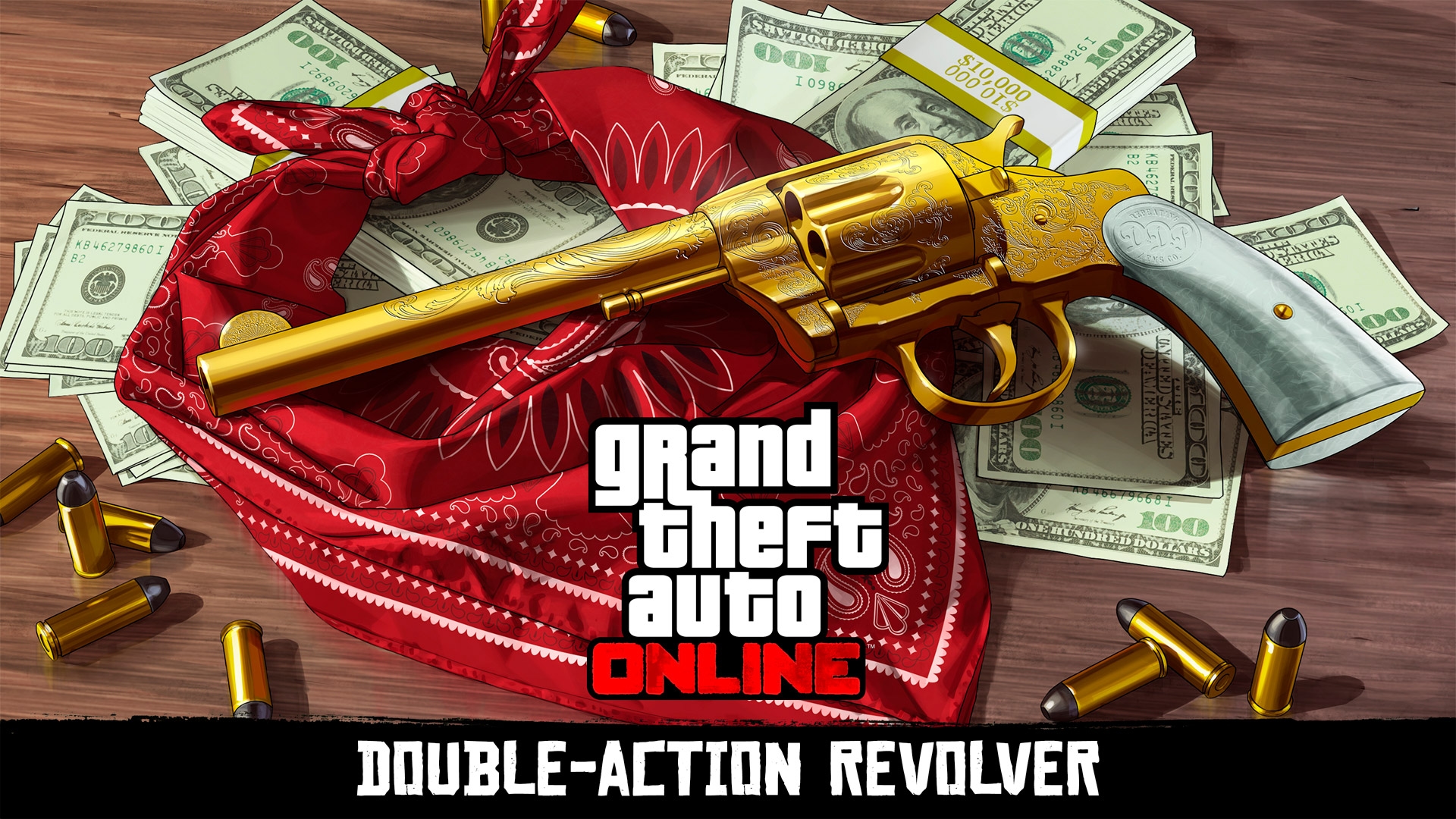 Prior to the release of Red Dead Redemption 2 Rockstar Games released a very special new update to GTA Online. It arrives as part of the games Doomsday Heist update, and added a type of ‘Treasure Hunt‘ as a new mission for players to undertake. The reward for completing this new secret GTA Online mission is the Double-Action Revolver, a new gun in homage to Rockstar’s rootin’-tootin’ new cowboy adventure.

“Rumors of a lost relic from the frontier have begun to surface, and treasure awaits those bold enough to seek it” Rockstar teased.

If you’re curious about how to get your hands on this exclusive weapon read on for a complete guide, including all the Treasure Hunt Locations you’ll need to track down.

How To Start The GTA Online Treasure Hunt

Players won’t be able to start the GTA Online Treasure Hunt for the Double-Action Revolver until they receive a random email from vanderlinde@eyefind.com. So keep an eye on your iFruit for a special in-game email containing the first clue to kick start the mission.

However, it’s worth noting that if players exit Online Mode or close the game after you start the treasure hunt, the entire mission will reset. When online free mode is started again, players will receive a new clue and location regardless of the players previous progress.

When you open the email you’ll be given your first clue for the treasure hunt, which will come in the form of a black and white picture of a random location in Los Santos. The problem is, there are twenty different pictures and locations which you could be sent.  It’s completely random every single time. Rockstar will make things a little bit easier by giving you a rough location by adding a circle area on the mini-map. Go to the area and you’ll need to look for a piece of paper. 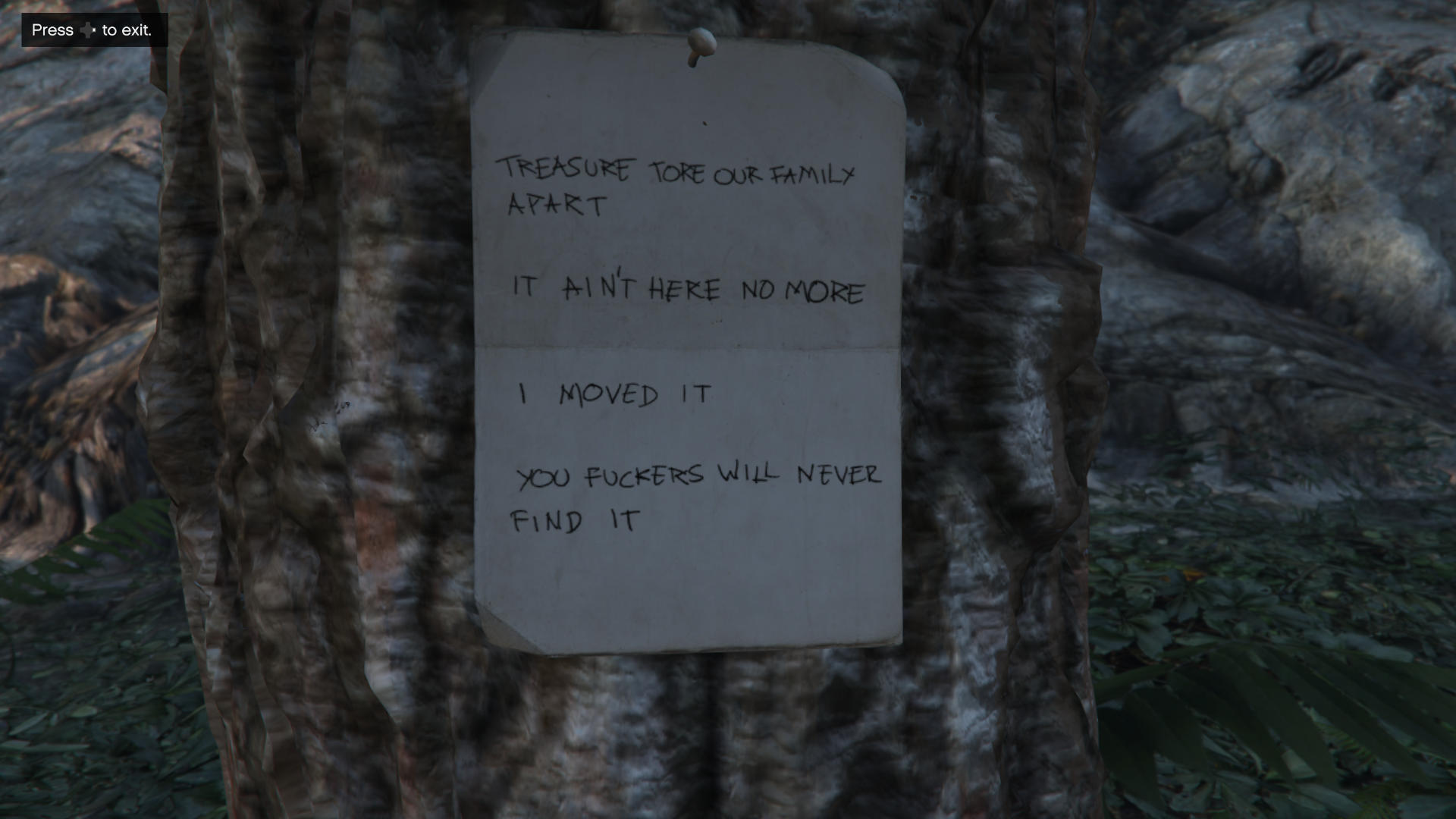 There are twenty possible treasure hunt locations, and we’ve listed them below:

And if you want to match them to the picture, take a look at this gallery:

Palomino Highlands, islands on the coast

Senora National Park lookout above Beam Me Up

If you’ve managed to make your way to the GTA Online Treasure Hunt locations but your still finding it difficult to track down the paper note, take a look at the GTA Series Videos guide just below which will show you the precise location in-game.

These three clues consist of a corpse, a shovel and a small lock box.

We’ve indicated their locations on the image captions just below: 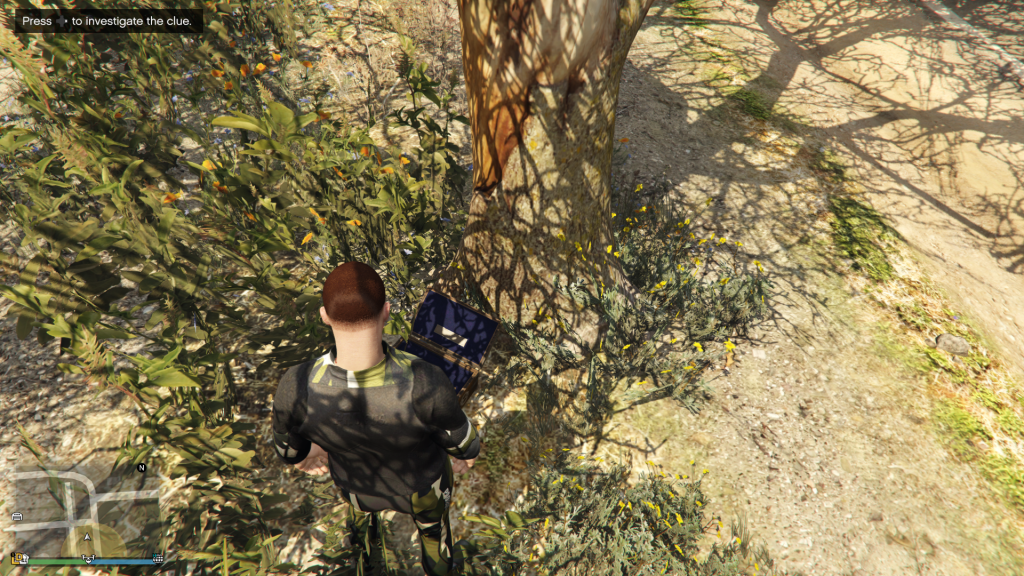 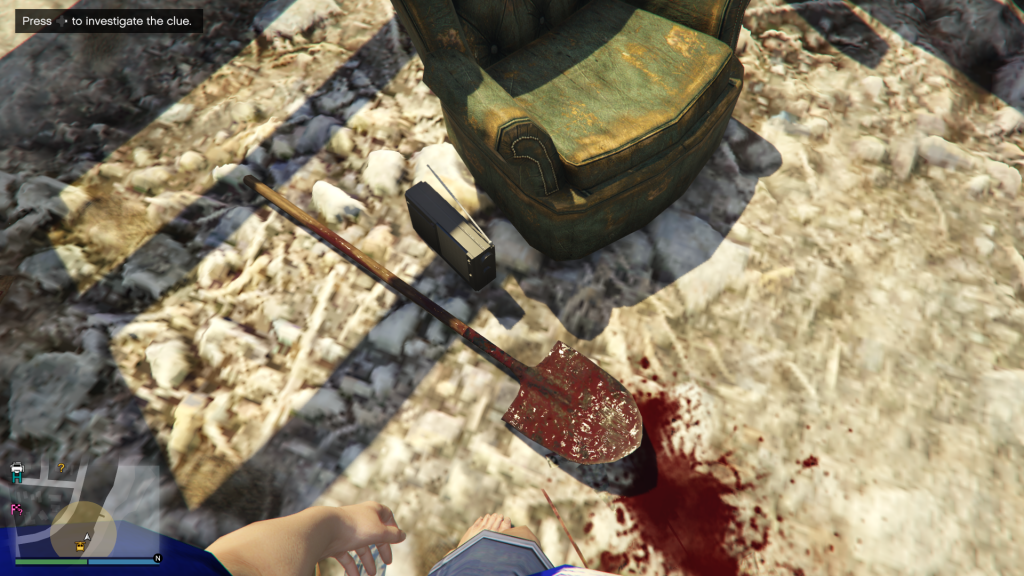 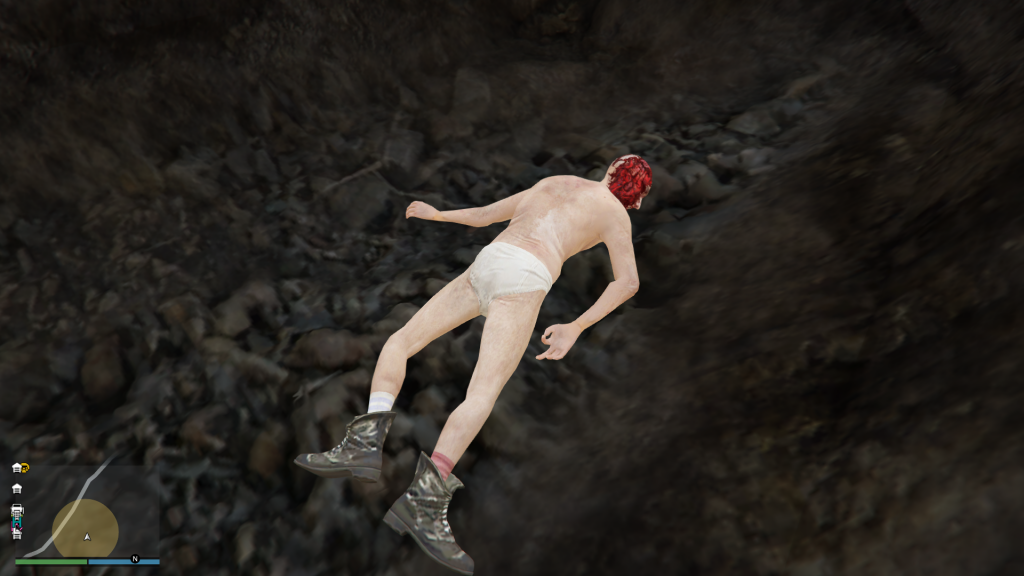 Where is the double-action revolver treasure in GTA Online

After you’ve located all three of the clues you should receive an in-game message which reads: “The final location of the treasure has been revealed. Go there to unlock the chest and collect your reward.”

Head to the location on the map and you’ll find that the family members have killed each other and left the treasure chest on the ground for you. Open the treasure chest and you’ll earn your rewards: The golden double-action revolver. Finding the gun will also unlock a new challenge for players to take, which will also provide another big reward, details of which are underneath. 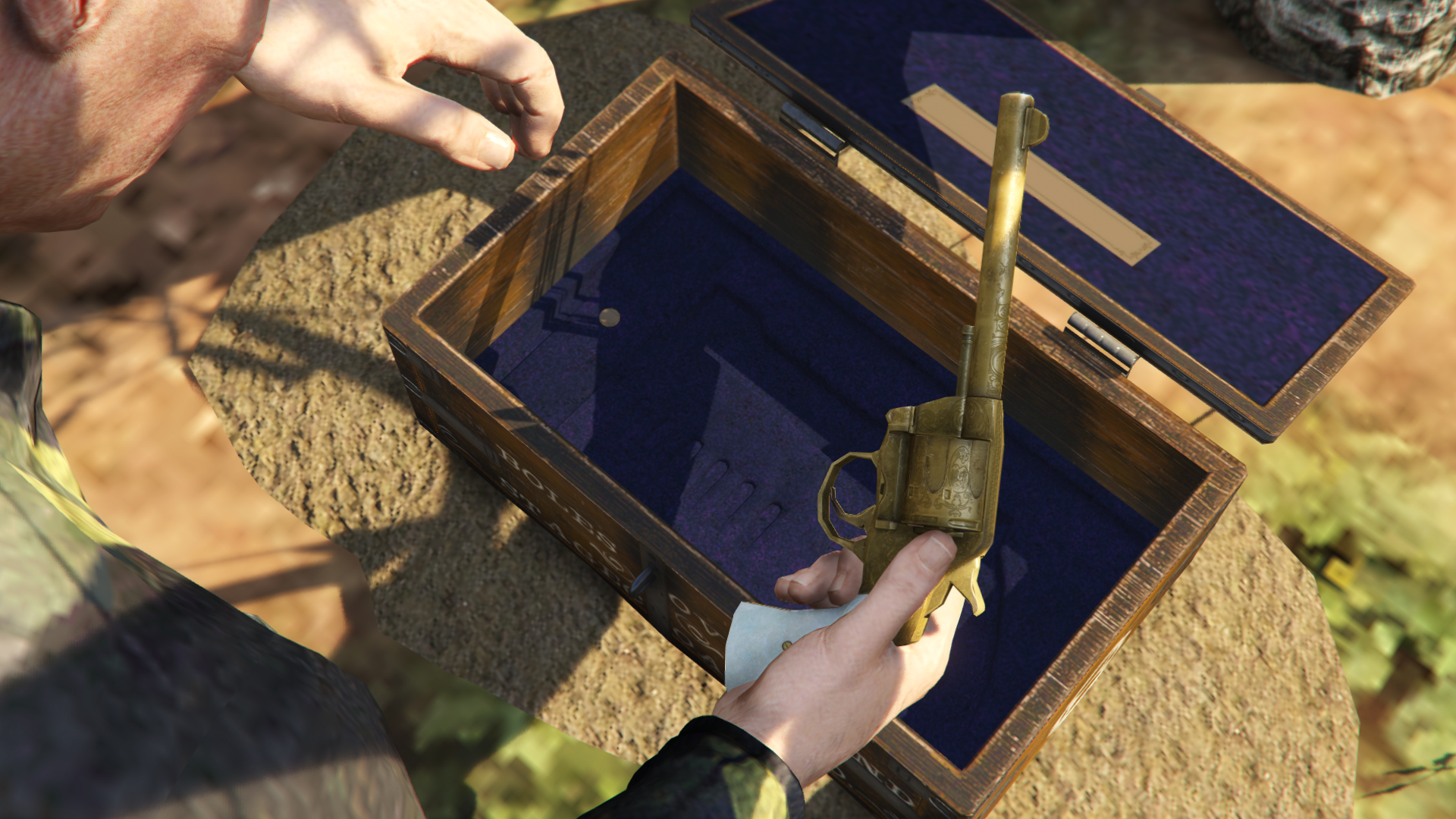 How to Beat The Double-Action Revolver Challenge

Once you acquire your golden Double-Action Revolver, you’ll be given the Headshot Challenge, which requires players to use the revolver to get 50 headshots.

Do this and you’ll earn an extra GTA$250,000 reward (deposited directly into your Maze-Bank account), and unlock the gun in Red Dead Redemption 2 as well (when you link your Social Club account).

You don’t need to get headshots on other players, you can get 50 headshots on NPCs if you wish, which should make the process much faster and achievable. You’ll also get an on-screen notification for every 10 headshots so you know how far you’ve got to go.

If you do want to check your progress at a later date, you need to navigate through the Pause menu with the following steps:

That’s everything you need to know about the GTA Online Treasure Hunt, however, if you’re looking for more GTA guides then follow the links below for more helpful tips, tricks and explainers.