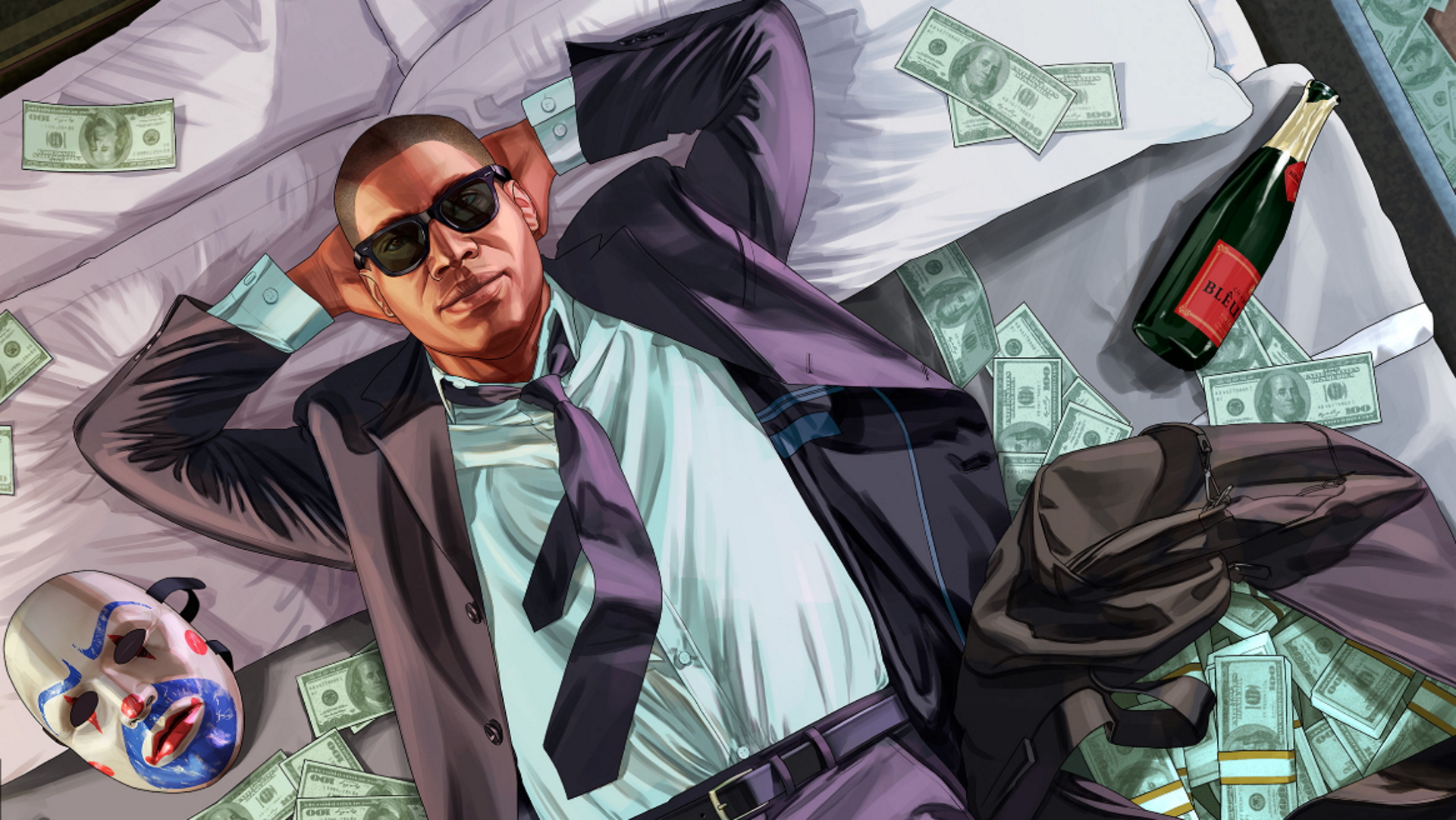 It would be an understatement to say that Grand Theft Auto is a massive series. One of the most renowned – and equally infamous – video game names out there, it’s built up quite the fanbase. That means when GTA references appear at the Super Bowl and an ex-Rockstar developer drops a hint toward the next game in the series, the internet quickly devolves into a rumor mill, churning out ideas and speculation faster than that friend of yours who still think the Mayan apocalypse is just around the corner. Any day now, Kevin, any day.

To help you navigate through the towering weeds of wild conjecture, in this article, we’ll dive into the rumors and facts surrounding GTA 6 and judge just how likely they are to come true. 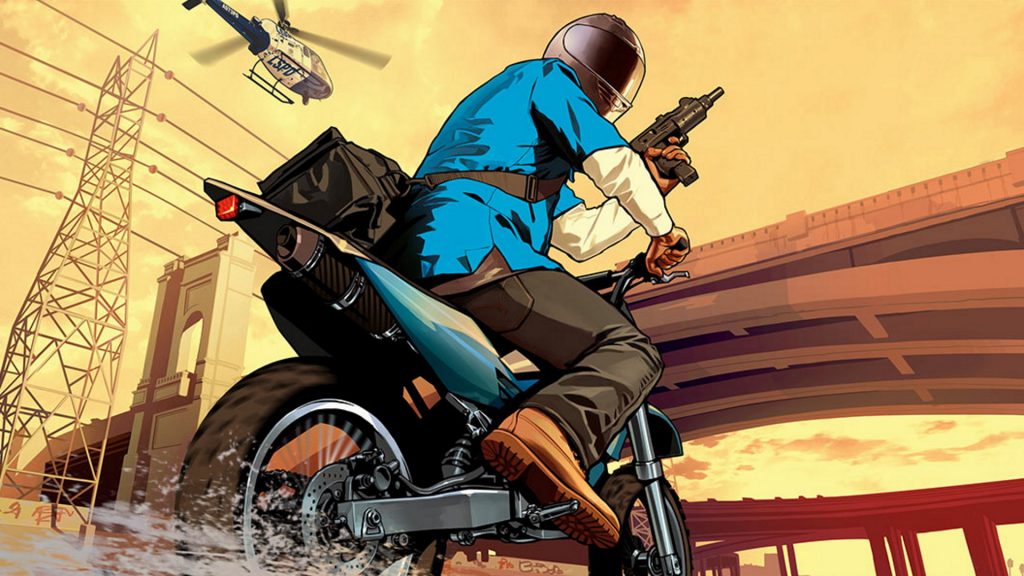 GTA references in the lead-up to Super Bowl LIV have the rumor mill churning again.

Is GTA 6 being developed?

Only a month earlier, fans on the GTA Forums spotted an Indian artist listing GTA 6 in their resume, though the information has since been deleted without confirmation. Rockstar has also been in some hot water for claiming tax reliefs in the UK designed for smaller developers, which, morals aside, does indicate the studio there is working on something big. Chances are, that’s GTA 6.

When will GTA 6 release? 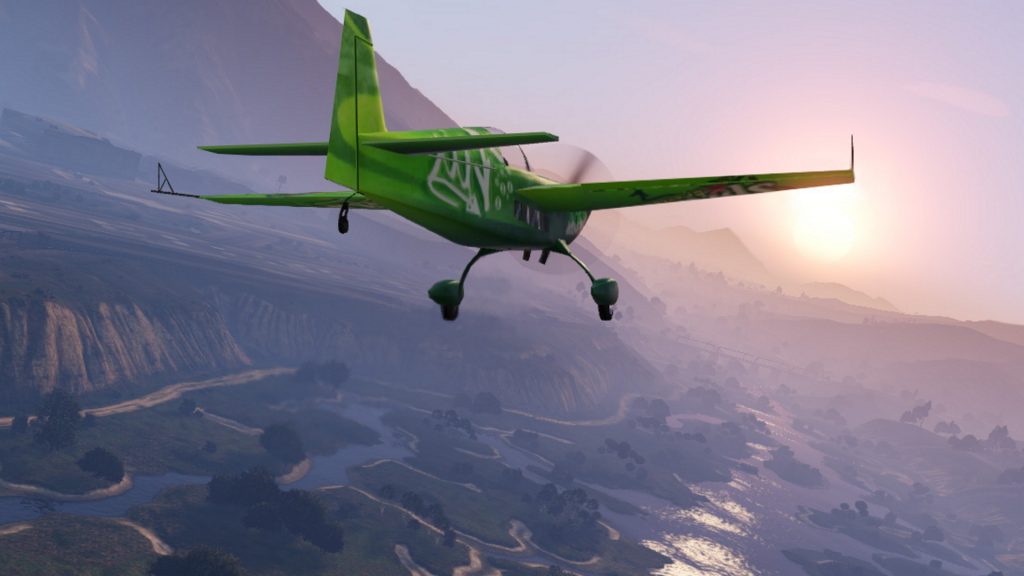 The big question, and one which doesn’t yet have an answer. Back in 2018, several players received messages in GTA Online claiming GTA 6 would be coming in 2019. As you might be able to tell from, ooh, we don’t know, today’s date, that wasn’t true. It turned out that modders had managed to hijack the Rockstar announcement system, playing a prank by falsely announcing the new title.

Last year, Rockstar’s publisher Take-Two told Gamesindustry.biz that gamers should expect shorter gaps between releases, and indicated that their future games could be shorter as well.

“It’s possible that games may be a bit shorter than they were in certain instances,” Take-Two chairman and CEO Strauss Zelnick said in the interview. “It’s possible that the ability to deliver content on an ongoing basis for a long time after an initial release of a hit would mean that perhaps that initial release wouldn’t be as long in terms of number of hours of gameplay as previously had been demanded in a world where that was all you were getting.”

While it’s already been a long time since GTA 5, we could see Rockstar take a different approach to how they deliver content following the success of GTA Online. It isn’t hard to imagine them rolling out single and multiplayer content over a period of time, hopefully reducing the pressure on their development team as well. 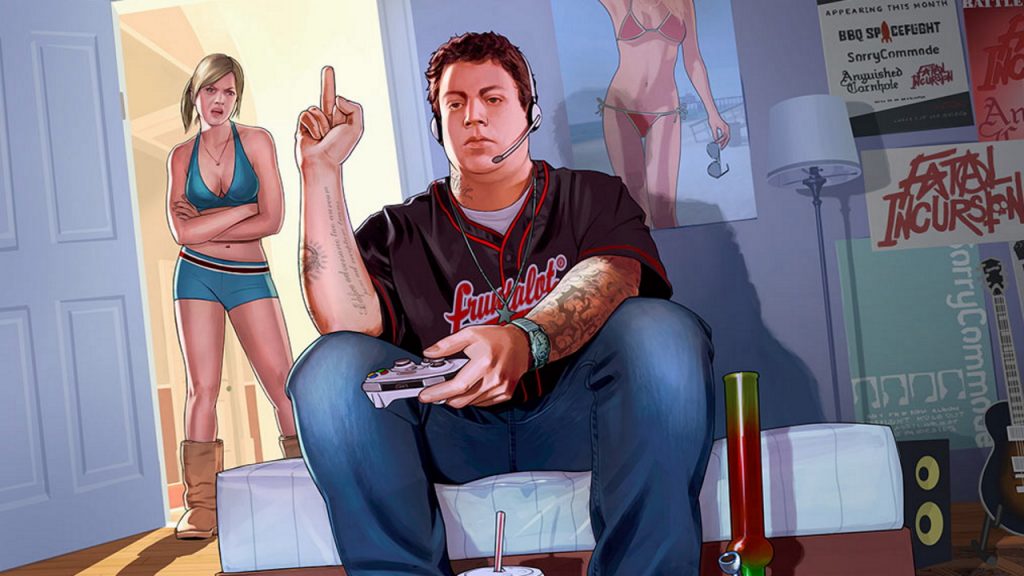 More recently, the Daily Star reports that former Rockstar employee Darion Lowenstein held a call with equity research firm Jeffries and during it stated that the title wasn’t coming any time soon. Here’s the full quote:

“As a former Rockstar employee, Darion noted that the Houser brothers place all their emphasis on game quality rather than hitting a deadline. His absolute best-case-scenario for a game release is Holiday 2021, though he does not expect an announcement/trailer anytime soon. We’ve seen online rumors and have heard client speculation that a trailer could drop as early as next month, but Darion’s take is that investors/gamers will have to wait longer.”

Given Lowenstein doesn’t directly work for Rockstar anymore, it’s worth taking this date with a grain of salt. That said, the window is one that could well be realistic. For GTA 5, Rockstar launched a year ahead of the new consoles, developing for both PS3/360 and PS4/Xbox One. We’re already within a year of the PS5/Xbox Series X launch and haven’t heard a peep from Rockstar. Chances are, they’re developing exclusively for the next generation and will want to hold off until there’s a sizable install base.

Where and when will GTA 6 be set? 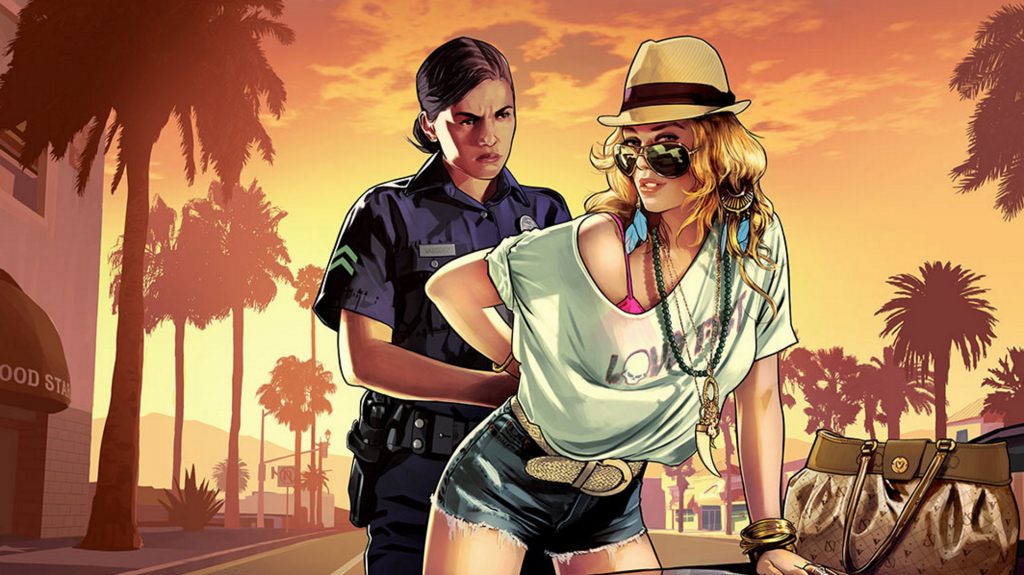 Last year the rumor engine churned plenty of potential locations, including a return to Liberty City and Vice City, as well as storylines ranging from Narcos-inspired drug cartels to serious themes such as HIV and immigration. None of these has been confirmed, and most have been thoroughly debunked.

However, as of this weekend’s Superbowl, GTA is back on the menu. The 54th Super Bowl showdown took place in the Hard Rock Stadium, Miami Gardens, Florida. As any GTA fan will know, the city was the inspiration for Vice City, though the real-world city also exists in the game universe. In the run-up to the Super Bowl show on Fox, nods towards GTA popped up several times, including minimaps and wanted level stars. The BBC’s coverage of the event even used a GTA: Vice City inspired logo with the game’s old font. Reddit user ItsThatOrangeGuy helpfully put together a compilation image of all the Vice City references, which you can see below. 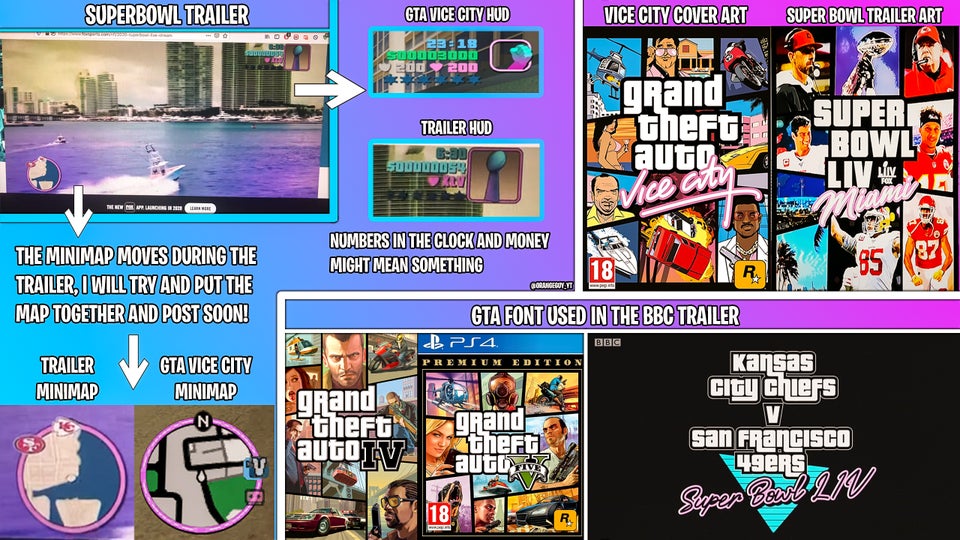 It’s worth stating again that none of this means GTA 6 will definitely feature Vice City. The teases above could well have been in reference to a game the city is famous for. However, it’s highly unlikely that any of the nods toward the series would have gone ahead without Rockstar’s consent, and the studio is well aware that people are on the lookout for GTA 6 clues. Many speculate that the Rockstar will go on to release teases relating to other previous GTA locations before announcing a game that spans multiple cites. Again, this is all speculation right now.

It’s all still up in the air

In conclusion, for all the rumors, guesses and faked leaks, there are next to no concrete details regarding GTA 6 right now, aside from the fact that we’re pretty sure it’s in development. The recent Super Bowl Miami references are the closest we’ve come to an official tease and a hint towards Vice City as a setting, but even that isn’t confirmed just yet.

At this stage we suggest cooling your excitement engines somewhat, taking a breather, and waiting for an official update. There’s likely a lengthy period left before GTA 6 will be available to play, so its best not to let yourself get too caught up in the internet’s web of rumors.

When and where would you like to see GTA 6 take place? 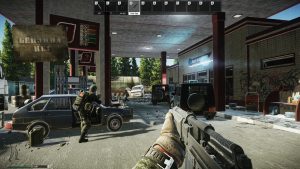 Escape from Tarkov has been around for a couple of years, with a dedicated community enjoying it throughout its time. However, the survival-focused first-person shooter has recently seen a significant injection of interest and popularity, especially when it comes to viewership on the high-profile streaming platform of Twitch.