Grounded Brings The Survival Genre To Your Own Backyard

Look away now if you’re anti-ant. 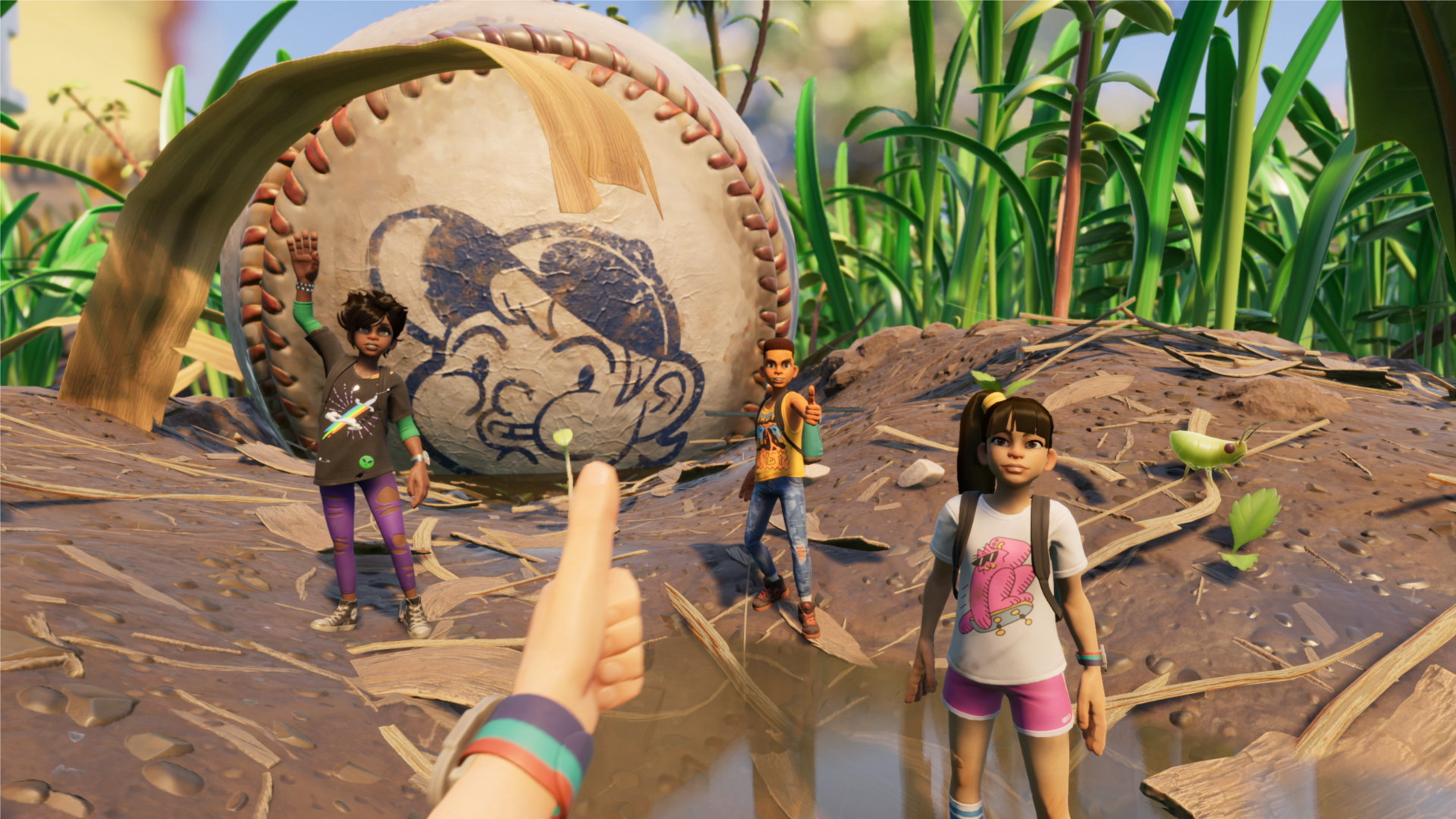 The Borrowers, Honey, I Shrunk the Kids, even Ant-Man. Shrinking down to explore every-day environments in a new light is well-trodden ground in movies, but when it comes to games, there are surprisingly few titles exploring the topic. Obsidian’s newly announced game Grounded looks to change that by letting you and your friends loose as miniaturized kids in the sprawling landscape of a regular backyard.

So far, Obsidian has only released a short trailer for Grounded, but behind the scenes footage shown to journalists in follow up interviews has given us a better idea of what to expect from their latest release. In a basic overview, Grounded is a co-operative survival RPG for up to four players. As teenagers shrunk down to less than a blade of — arguably overgrown —  grass, your task in this survival game is to work with your friends to craft up a base and new technology, all with the aim of protecting yourselves against ants, weevils, and the many other critters contained in the wild, wild world of our own gardens.

Thankfully, these kids have indeed been watching their fair share of Bear Grylls shows. Acorns can be broken down for armor, grass used to start basic structures, and twigs for barriers. This being a survival game, keeping yourself alive also involves satiating your hunger. You’ll be able to scavenge litter for some supplies, but it won’t be long before you need to start hunting down and cooking some delicious aphids to keep those bellies full. Venturing out, however, means invading the territory of neighboring bugs and arachnids, many of which could certainly go for a meaty, human-shaped snack.

Each creature will have its own behavioral habits and environments, so studying well will make your journeys that much easier. Ants, for example, behave like a colony, sending out scouts to track down supplies. Dump spare goods in the wrong place, and you could see a swarm of unwanted insects take control of the area after the first few stumble across it. 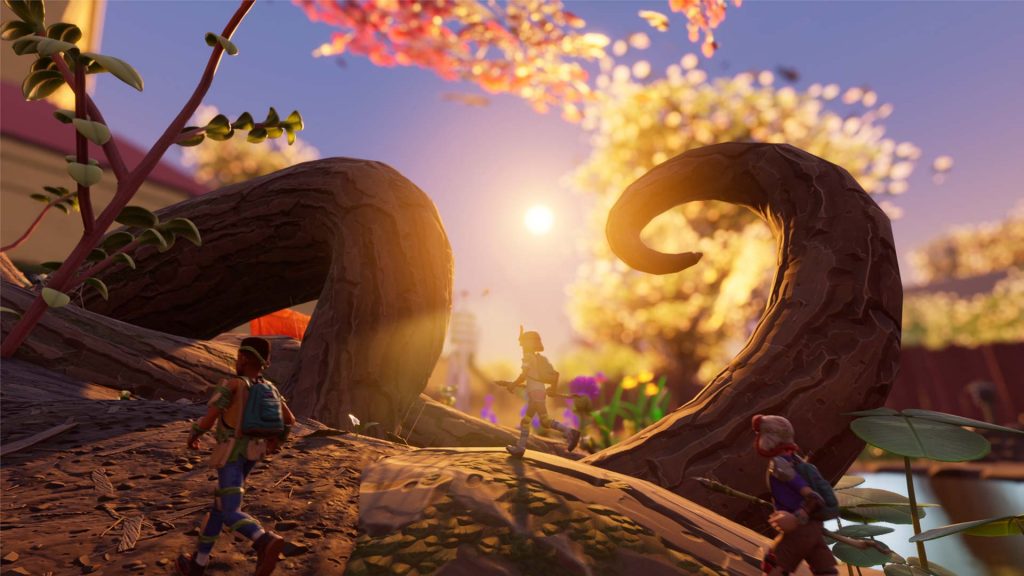 As you progress through the game’s tech tree, your increasingly well-stocked base will also prove all the more tempting to raid for the garden’s tougher inhabitants, so it’ll be vital to build up your defenses and weapons as well. Don’t expect guns here though; in keeping with the kid-friendly theme, slingshots, spear sticks and traps look to be the weapons of choice. Eventually, you’ll build up enough tech to travel to new biomes, where you’ll be faced with fresh challenges in both creatures and environments. A free-flowing sprinkler will make for a muddy, sodden environment, while pesticide-clogged crops demand makeshift gas masks to traverse.

Obsidian is best known for their characterful, involved RPG stories, and while dialogue wheels certainly won’t be making an appearance, there will definitely be an overarching story to Grounded. The studio has kept pretty hush-hush about it so far, but they have teased that player interaction could affect the world’s ecosystems. Humans are relatively famous for their ability to upset the natural order to a catastrophic result, so it’ll be interesting to see just how our miniature teenage meddling turns out in Grounded, and if it has any effect on the overall plot. 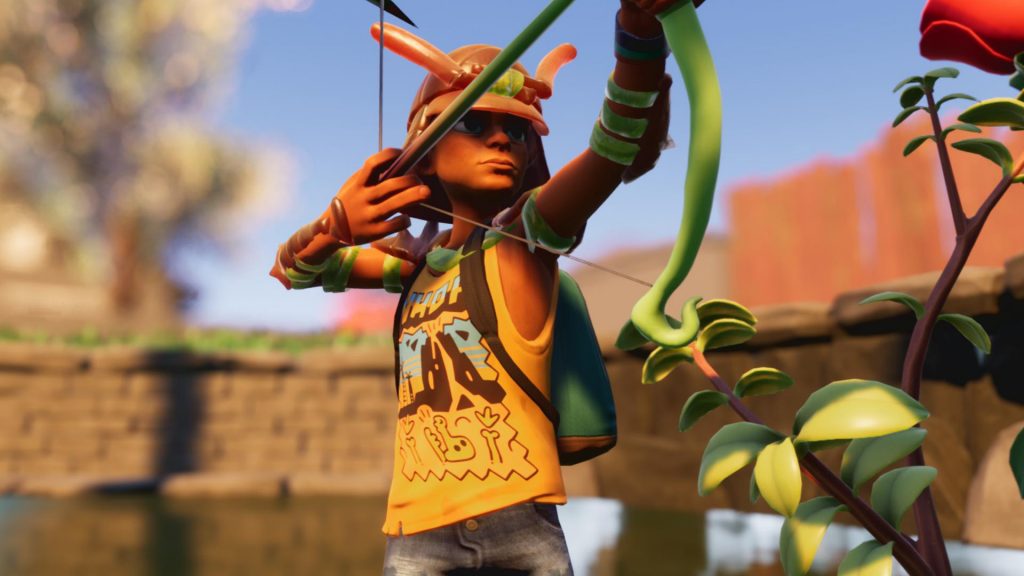 While the core is built around survival game mechanics we’re well acquainted with by now, the world and insects of Grounded make for an exhilarating prospect to explore indeed. We can’t wait to hear how terrifying a bird sounds when twice our size, or attempt to repel an invasion of soldier ants. It’s an unusual move for a Studio known best for RPGs like Fallout: New Vegas and, more recently, The Outer Worlds, but that only leaves us more interested to see what their experience will bring to the genre. Following the recent acquisition by Microsoft, we’ve no doubt Grounded will get the support it needs in the run-up to and following its early access launch.

Grounded is planned to release in spring 2020. It’ll come to Xbox Game Pass and Steam Early Access simultaneously, and Obsidian is eager to get plenty of feedback to adapt the game over time. Is Grounded hitting the right nostalgia notes for the shows of your childhood, or are you keen to explore a different take on the survival genre?