It’s official, God of War Ragnarök is coming to PlayStation 5 and PlayStation 4 on November 9, 2022.

There was also a new CGI trailer to gawp at, which showed both Kratos and Atreus fighting hordes of creatures, before eventually coming face to face with what we assume is Fenrir – a prominent wolf in Norse mythology with ties to Loki.

“We’re thrilled be able to share our release date and the brand-new God of War Ragnarök – Father and Son CG Trailer with all the God of War fans who have been eagerly awaiting news.” wrote Grace Orlady, Senior Community Manager at Santa Monica Studio.

“We hope you’ve enjoyed a glimpse at some of the dangers Kratos and Atreus could find themselves up against as Ragnarök approaches.”

God of War Ragnarok was originally intended to release in 2021, but last June the studio took the opportunity to delay the launch of the game so that the team could deliver “a top-quality game while maintaining the safety and wellbeing” of its team.

Or in other words, the team chose to take longer on the game to avoid the inevitability of crunch, and good on them too for making that decision. 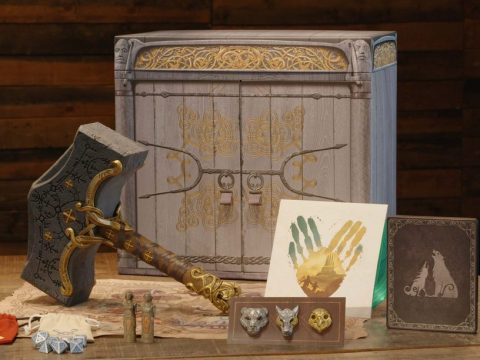