What events are you playing through this season?

While there are multiple games that offer unique content year-round when it comes to holidays, it seems that Halloween is by far the most popular.  Game developers just can’t help but get in the spooky spirit, adding in all sorts of tricks and treats to their titles.  2020 is no different, with countless games dialing the frights up to 11 in order to keep players on their toes.  Here are some of the best Halloween events you can take part in this year.

If you’re looking to celebrate Halloween, but you’re too much of a scaredy-cat for real frights, you’ll want to spend your time with Animal Crossing: New Horizons.  The social simulation phenomenon has gone all-in on Halloween this year, letting players grow their own pumpkins, create spooky crafts, and collect candy to give to neighbors and visitors.  Just make sure you hang onto some of those treats for Jack, the “Czar of Halloween,” who’s showing up on Halloween day.  Give him some of your treats, and you’ll get some special goodies in return! 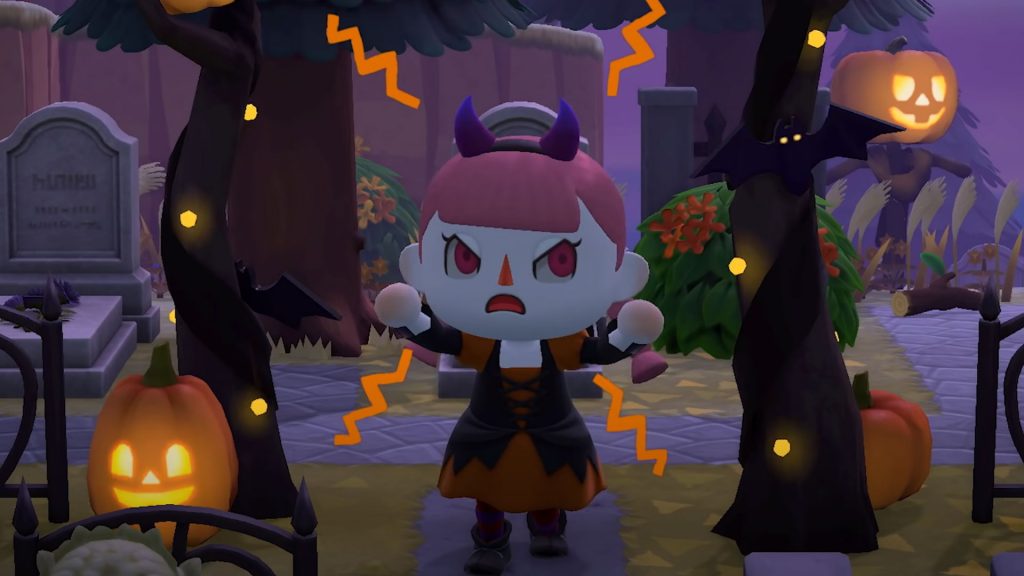 Think you can stand the horrors of Overwatch this Halloween season?  The Overwatch “Halloween Terror” event is live right now, giving players all sorts of creepy content to enjoy until November 3rd.  The major focus during this event comes from the Junkenstein’s Revenge challenge missions, where there are two new scary challenges to take on each week.  There are also some spooky traditional challenges to tackle, which can net you icons, sprays, and skins that are sure to give your competition goosebumps. 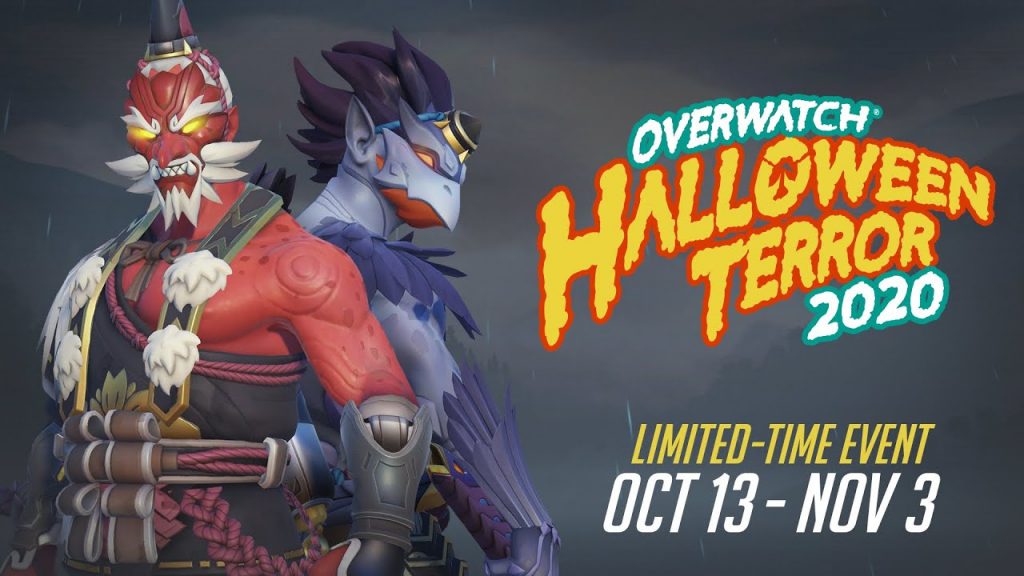 Woah, these Tengu skins for Hanzo and Genji are awesome.

Epic loves putting together grandiose Halloween events for Fortnite every year, and 2020 is no different.  Fortnitemares: Midas’ Revenge has recently taken over the Battle Royale island, and it includes a major twist on gameplay.  Now when you get downed in a match, you’ll be turned into a Shadow, which is a ghost with some seriously supernatural abilities.  Take out the rest of the living players to secure a Nitemare Royale for your ghoulish buddies.  When you’re back in the world of the living, partake in Halloween candy to give you buffs, ride a witch’s broom for speedy travel, and dive into a plethora of Halloween-themed skins.  There’s even a special spooky concert hosted by J Balvin on Halloween day! 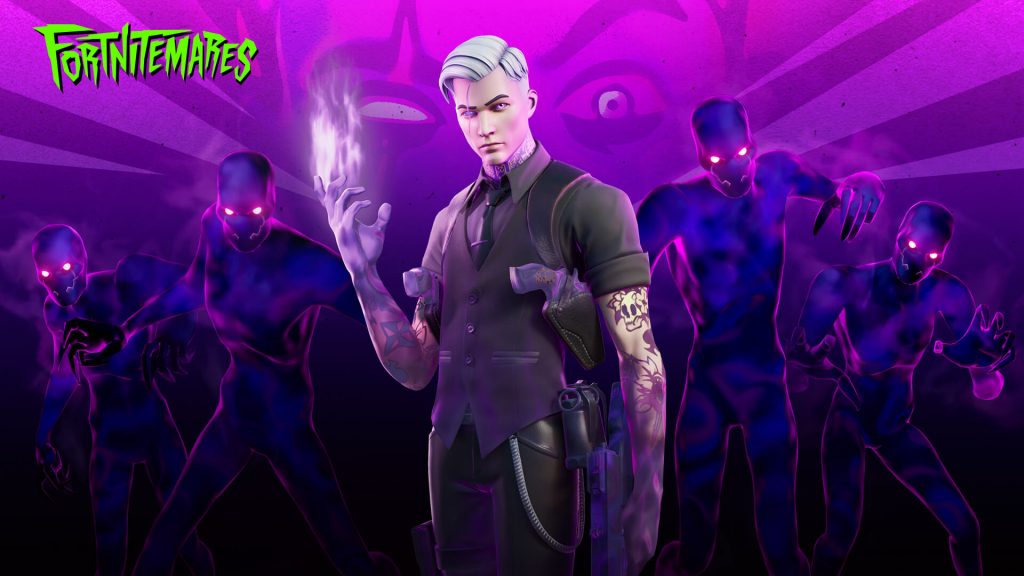 Time to fight – or fight with – the Shadows.

Activision gave Call of Duty fans quite a shock by revealing some Halloween-themed fun for Call of Duty: Warzone.  Operators can pony up cash for bundles that unlock skins for the horror icons Billy the Puppet from Saw and Leatherface from Texas Chainsaw Massacre.  You can also participate in the Verdansk – Going Dark mode that dials up the spookiness by lowering the visibility level.  Snoop around the battle royale map at night, and try to survive haunts from ghosts, spirits, and more.  Keep an eye out for Trick or Treat supply boxes as well, which could offer valuable weapons, or a jump scare when you crack them open! 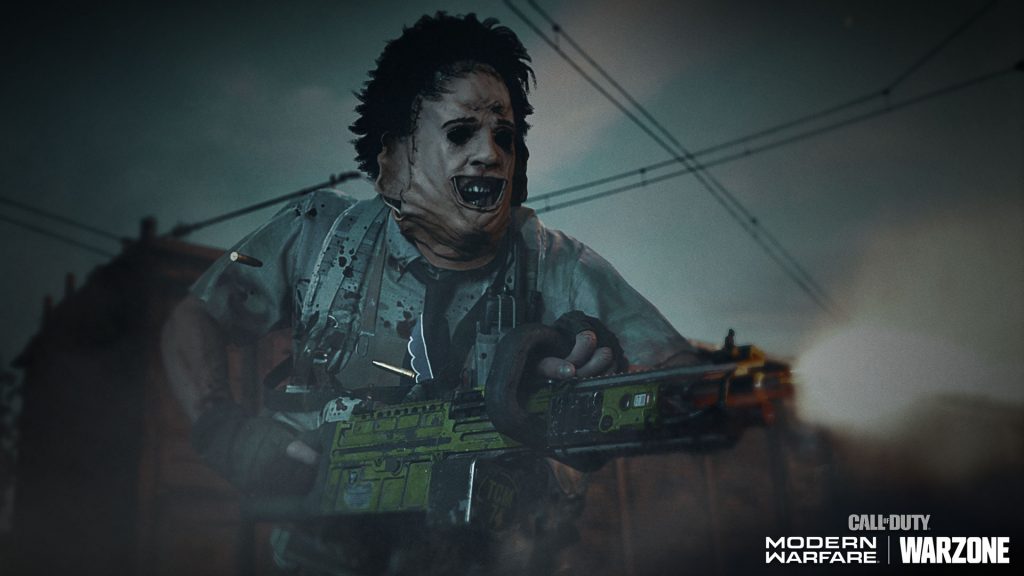 Leatherface was scary enough chasing you with a chainsaw, now it’s an LMG…

Even World of Warcraft has its own Halloween celebrations.  The Hallow’s End event celebrates the day the Forsaken managed to break free from the Scourge.  Citizens of Azeroth remember the occasion by handing out Tricky treats, which you can snag by doing your dailies, or picking them up at various pumpkins found at inns.  You also have the chance to grab some other spooky items, such as masks, wands, and more.  Depending on whether you’re playing the latest version of World of Warcraft or the Classic option, there will be some Halloween-themed quests to take on as well, which offer up special loot. 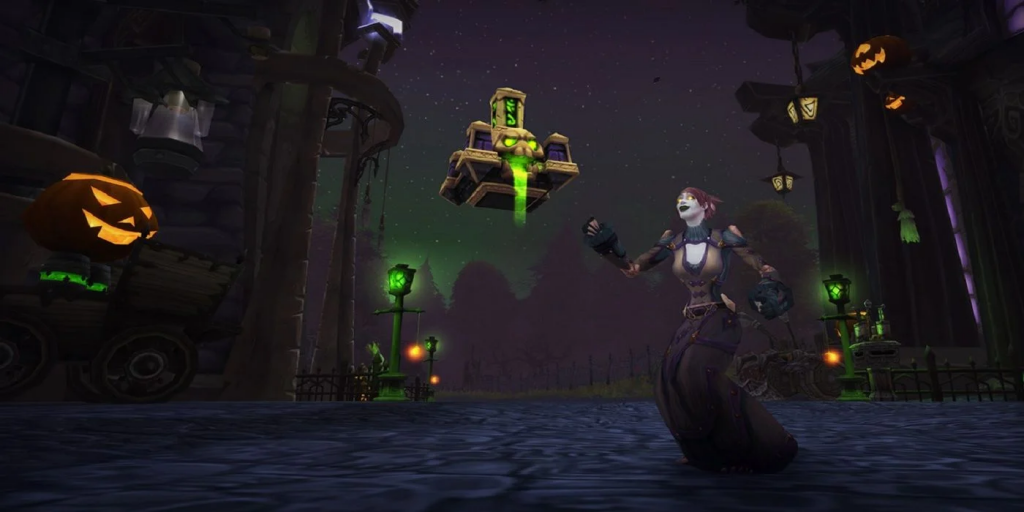 Time to pop back into the Necropolis.

Pokémon GO is one of the few games you can actually take with you when you go out trick-or-treating!  In-between real-life candy stops, check-in on Pokémon GO Halloween-themed Special Research, which will give you a first glimpse at Galarian Yamask!  Along with that, some Field Research tasks could bring you face to face with the spooky Spiritomb.  Make sure you dress the part when training, as new avatar items, are up for grabs in the shop as well.  Finally, don’t forget to pop in on limited-time mini-events like Catch Mastery: Ghost Day and the Halloween Cup. 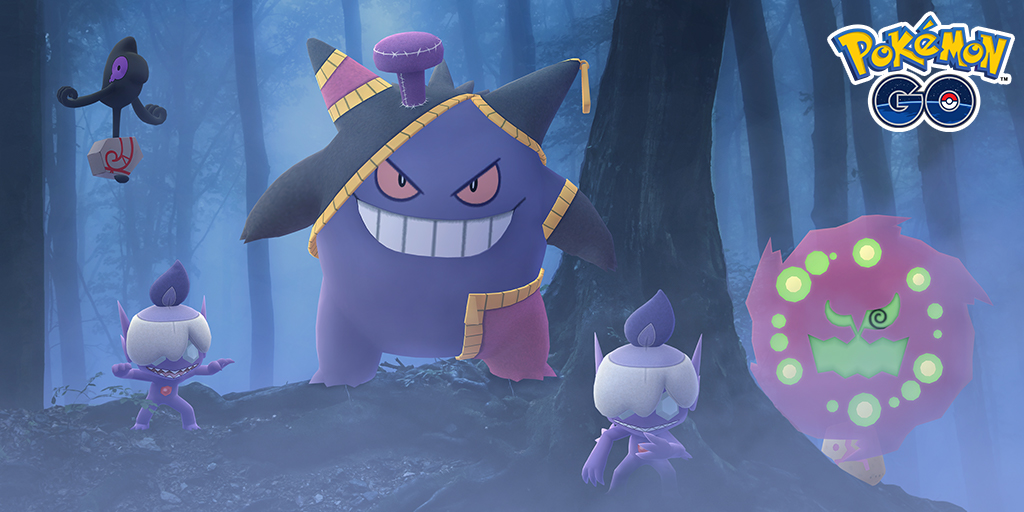 Cute Litwick hats, a Yamask, a Spiritomb, and one crazy looking Gengar.

Fans of Rocket League have a chance to snag some super-exclusive goodies this Halloween. Psyonix has announced their Haunted Hollows event, which offers Event Challenges that can net you Ghostbusters-themed pieces and parts for your vehicle.  Keep an eye out in the item shop as well, as you can pick up even more Ghostbusters goodies, including the iconic Ecto-1!  Once you have your car decked out the way you want, speed off to the Haunted Heatseeker and Spike Rush limited time modes, with Haunted Heatseeker taking place in the Haunted Urban Arena, and Spike Rush being held on night maps. 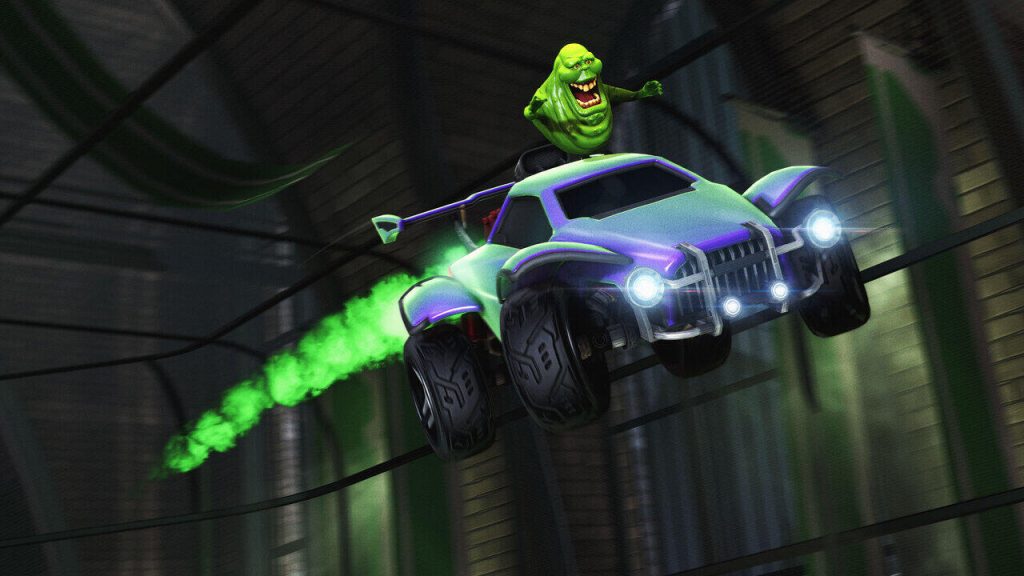 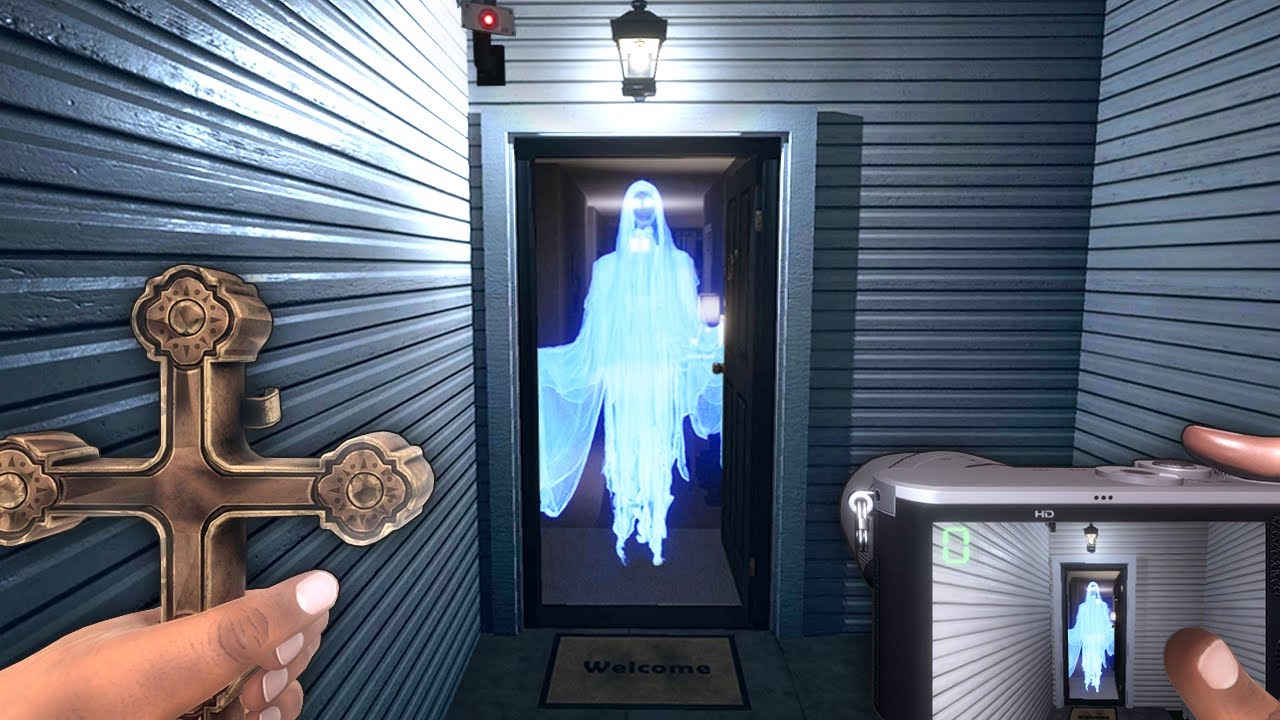 With Halloween right around the corner, gamers are in the mood for some scary content. That’s why so many are checking out Phasmophobia, a 4-player co-op online ghost-hunting game. Here’s what you need to know.