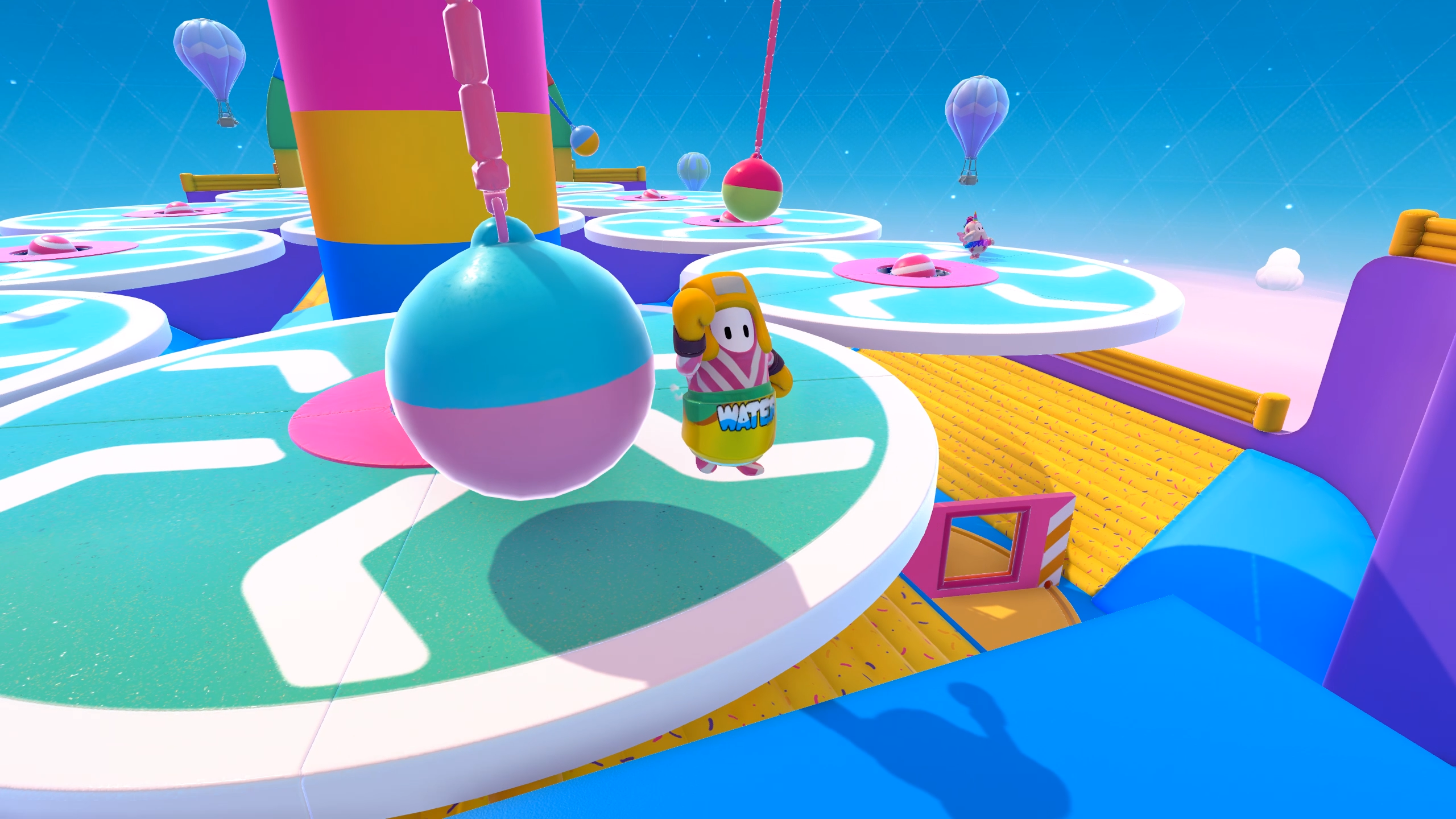 The gang at Mediatonic is hard at work on the second season update for Fall Guys: Ultimate Knockout, but they also wanted to give fans something to enjoy while waiting.  A mid-season update for Fall Guys has gone live, and it offers a decent variety of new content for players to check out.  Some of the new features help make for a smoother experience, while other aspects are sure to raise your frustration levels.  You’ll have to deal with all of it in your rush for the crown! 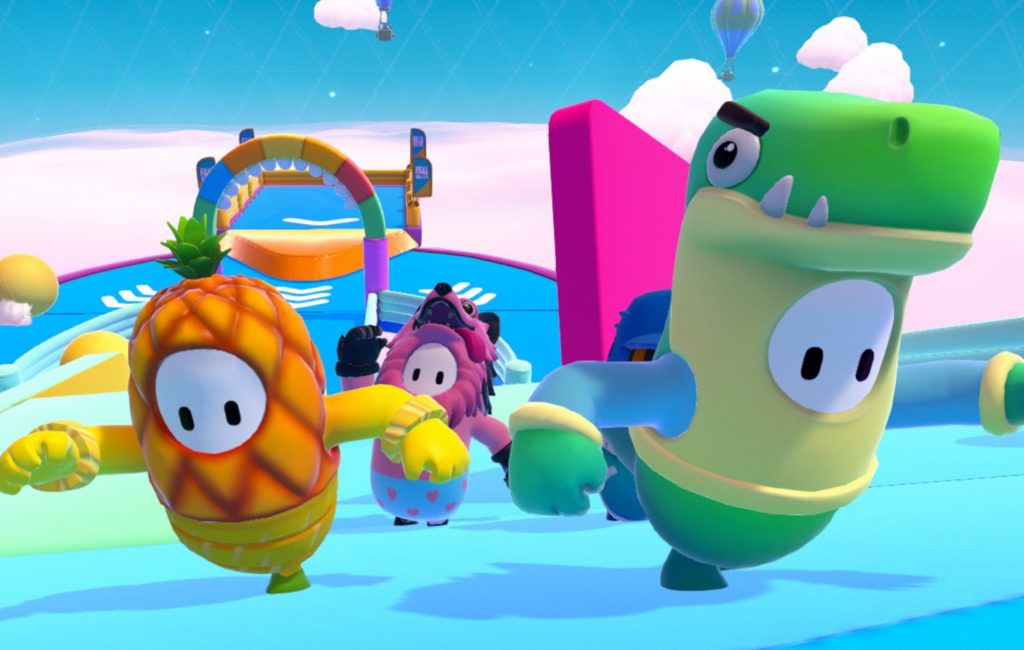 Fall Guys is hard enough to play without technical issues getting in the way.  Some players have noted that Fall Guys suffered from a few hiccups and glitches during gameplay, but the mid-season update aims to squash those.  Anyone getting in on the action now should find a much smoother experience waiting for them.  This is thanks to a server stability update, VFX improvements, and a lot of other behind-the-scenes changes to smooth things out.  Now when you miss a jump or get bumped off a platform, all you’ll have to blame is yourself!

While a whole new wave of challenges are being cooked up for season 2, Mediatonic has gone in to refresh the levels currently available in Fall Guys.  Instead of bum-rushing the same stages over and over again, the mid-season update tweaks elements of these levels on the fly.  In other words, layouts and tactics you’ve become familiar with have all been thrown out the window.  You may have a general idea of a stage’s layout, but now you’ll have to deal with new obstacles along the way.  The best part is that these random aspects are being shuffled the whole time you play, so you never know what variation you’ll get! 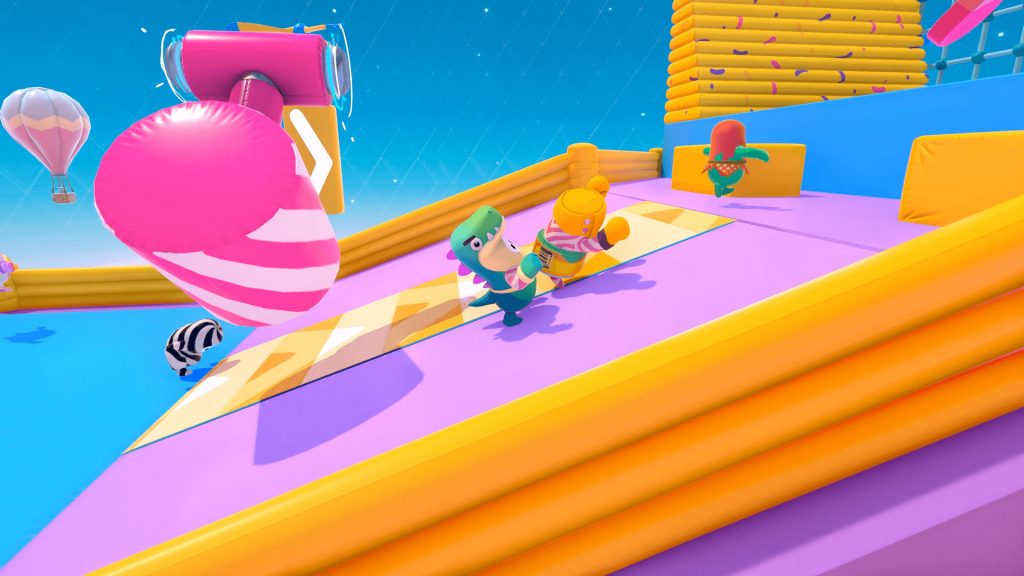 Fall Guys is filled with a ton of nefarious traps and impediments, but now you’ll have to deal with one that’s more massive than any other.  You never know when Big Yeetus is going to drop in, and he’s ready to smash you to smithereens.

Big Yeetus is a giant hammer that’ll be found in select stages.  This hammer swings around wildly, and you better make sure you do all you can to avoid it.  One smack from this big boy can send you flying completely out of bounds, forcing you to start your arduous journey again.  That said, there’s a very slim chance of a major boost for those daring enough to challenge Big Yeetus.  With the absolutely perfect timing, you might be able to use Big Yeetus’ massive hammer to knock you all the way into first place!

Any massively popular online game has to deal with cheaters, but thankfully Fall Guys players won’t have to mix it up with the ne’er-do-wells anymore.

Last but not least, Mediatonic has announced that they’ve implemented the same anti-cheat tech that’s found in Fortnite, which manages to hunt down and eliminate players giving themselves unfair advantages.  While the system isn’t perfect and some bad eggs will still make it through, the overall experience should be a lot fairer and square going forward. 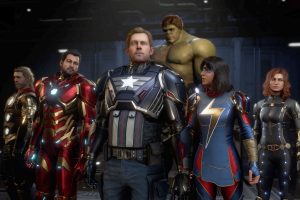 Read More: What You Need To Know About Marvel’s Avengers’ Solo Campaign

There’s no doubt Square-Enix wants to make sure players keep coming back to spend time with Marvel’s Avengers through its online mode, but more and more players are finding the solo campaign to be the star of the show.