The Medium was among several new indie games that were revealed during the Inside Xbox presentation that aired on May 7.

Developed by Bloober Team, the studio behind games like Layers of Fear, Observer, and 2019’s Blair Witch spin-off, The Medium is a game that follows – you guessed it – a medium who’s able to traverse between the world of the living and the world of the dead.

If you were as captivated by the game as we were and want to know a little more about what it will be about, join us in taking a closer look at… The Medium!

Everything we know about The Medium 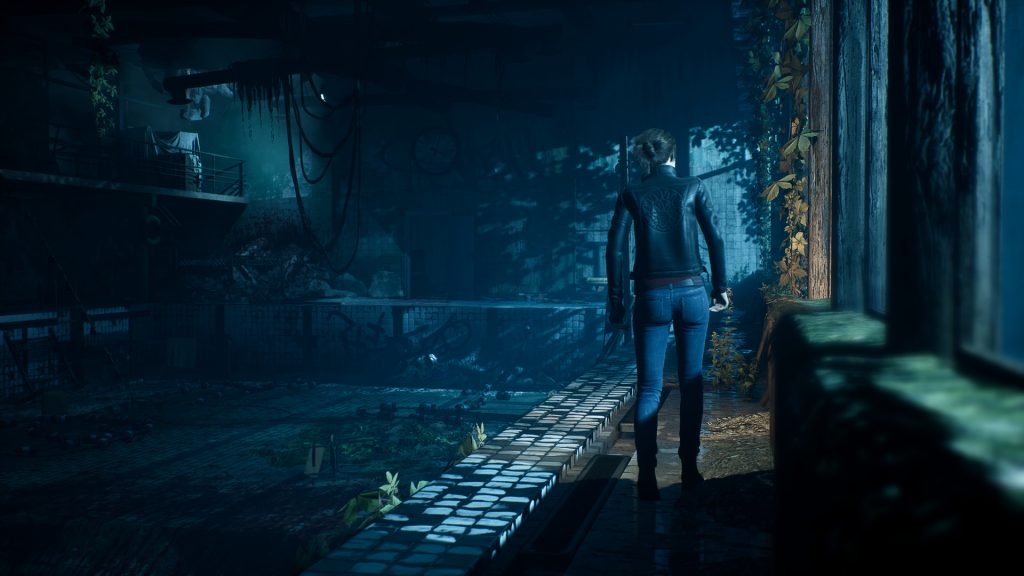 The Medium was revealed in a trailer shown during the Inside Xbox presentation on May 7. The trailer opens with a pregnant woman as she’s receiving an ultrasound. A male hand reaches out to hold her hand, but we’re unable to see who that hand belongs to. Perhaps the child’s father?

This lighthearted scene quickly shifts to the woman looking troubled as she prays alone inside a darkened church. The church and the outdoor winter scenery shown in the trailer are renders of the Old Town square in Krakow, Poland, and its famous church, Saint Mary’s Basilica.

We know this not only because of the visuals, but because the game’s producer Jacek Zięba confirmed the game’s setting in an exclusive interview immediately following the Xbox presentation. According to Zieba, The Medium is set in Krakow, Poland in the 1980s. 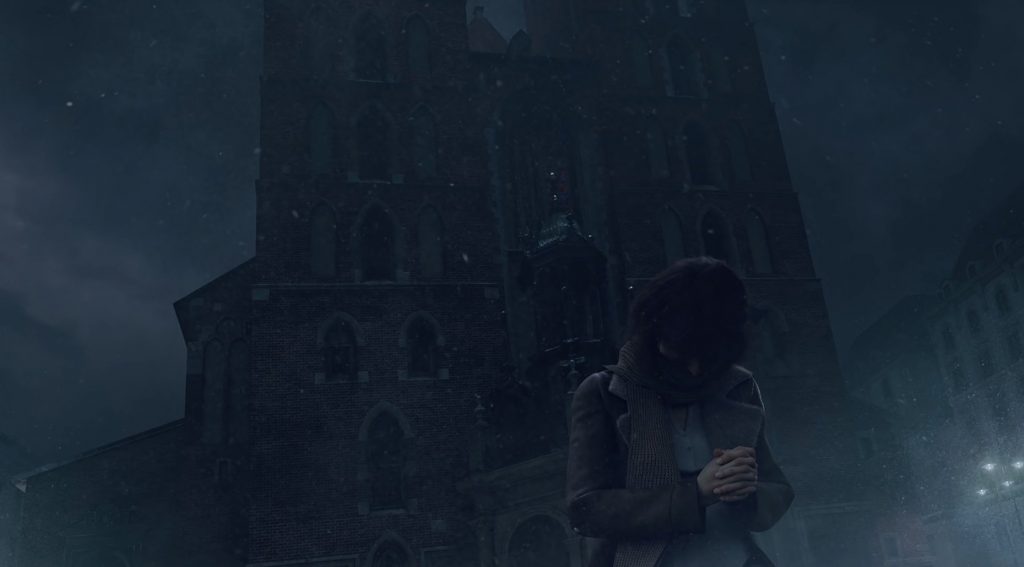 It makes sense that Bloober Team would want to set the game in Poland as they have a lot of familiarity with the area being based out of Krakow themselves. As the trailer progresses, we see a bit more of what the medium’s abilities are like as the normal world around her gives way to a dusty, apocalyptic sort of environment.

The ending of the trailer holds on this scene for a few good seconds and really reminded us of what Hell looked like in the 2005 movie Constantine starring Keanu Reeves. It also kind of gives off a similar vibe to paintings from the famous Polish artist, Zdzisław Beksiński.

While the trailer does a great job of capturing your interest, it doesn’t tell you a whole lot about the story itself. Neither does the look at gameplay that was also shown during the Inside Xbox presentation and is included in the trailer uploaded by Bloober Team. 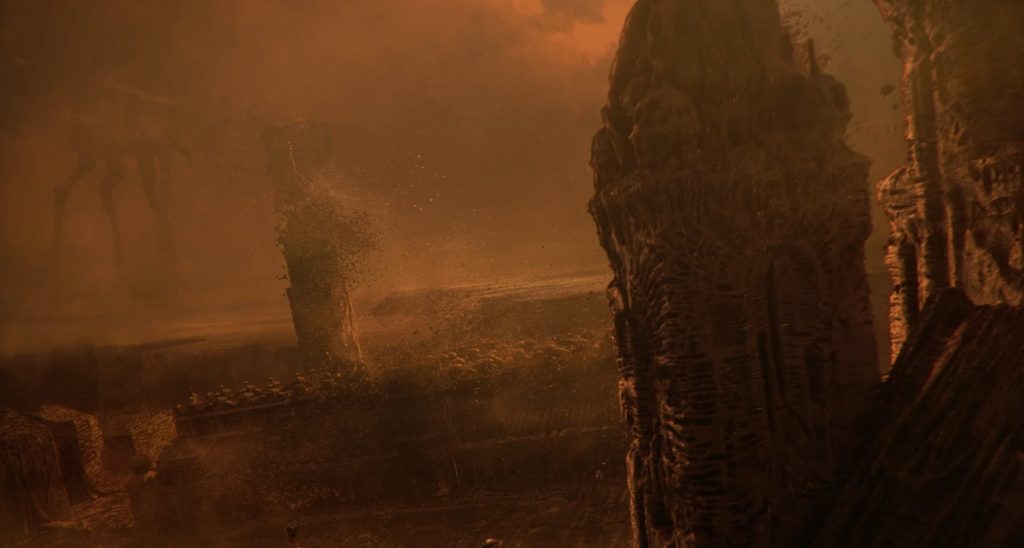 What some gamers may find interesting is that The Medium will not only be available on Xbox One and Xbox Series X, but also PC as it currently has a listing over on Steam. By heading over to the game’s Steam page, you’ll find a longer description for The Medium which reads:

“Become a medium living in two different worlds: the real one and the spirit one. Haunted by the vision of a child’s murder, you travel to an abandoned hotel resort, which many years ago became the stage of an unthinkable tragedy. There you begin your search for difficult answers. As a medium with access to both worlds, you have a wider perspective and can see more clearly that there’s no one simple to truth to what others perceive. Nothing is what it seems, everything has another side. The Medium features a ‘dual’ soundtrack by Bloober Team’s Arkadiusz Reikowski and legendary composer Akira Yamaoka of Silent Hill fame. There’s much more to The Medium than meets the eye – stay tuned for the full reveal!” 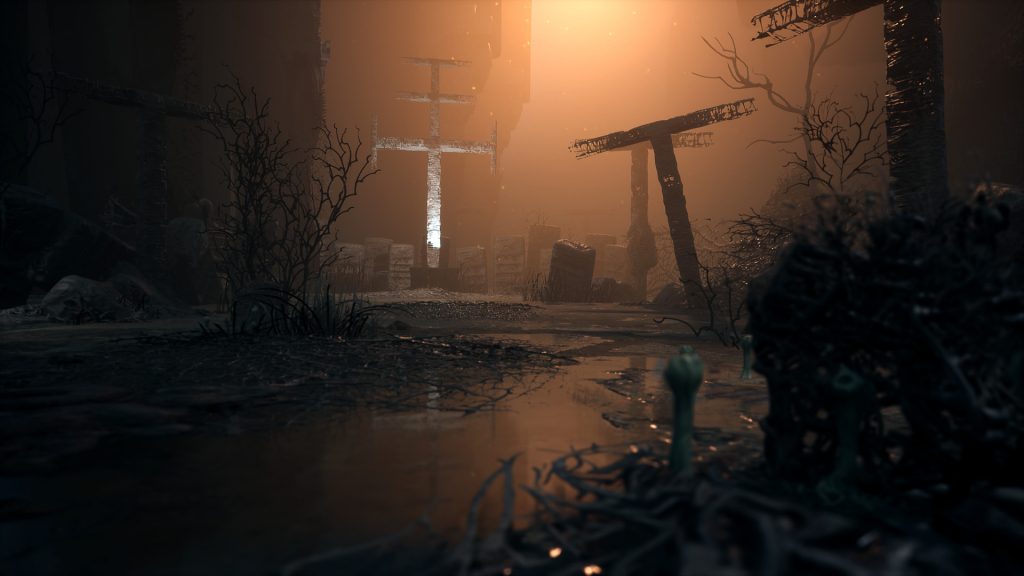 Yes, you heard that correctly, The Medium boasts a soundtrack with composers Arkadiusz Reikowski of Bloober Team who worked on games like Layers of Fear, Observer, and Kholat, as well as the legendary Akira Yamaoka who composed music for the Silent Hill series.

We definitely felt some strong Silent Hill vibes from The Medium and find ourselves curious as to how much inspiration the game draws from the famous franchise. You know, beyond the fact that it literally has the Silent Hill composer Akira Yamaoka on board. That alone had us shouting, “Shut up and take our money!”

Outside of the music, the split between the world of the living and the world of the dead certainly reminds us of Silent Hill in terms of aesthetic, as does the medium’s search for answers over what happened to the murdered child that haunts her.

Silent Hill is also known for its psychological style of horror. Based on Bloober Team’s history, we know they specialize in psychological horror with Layers of Fear being the perfect example. From what we’ve seen, The Medium seems to be following the psychological horror trend, especially with a tagline like, “You’ve only seen half so far.” 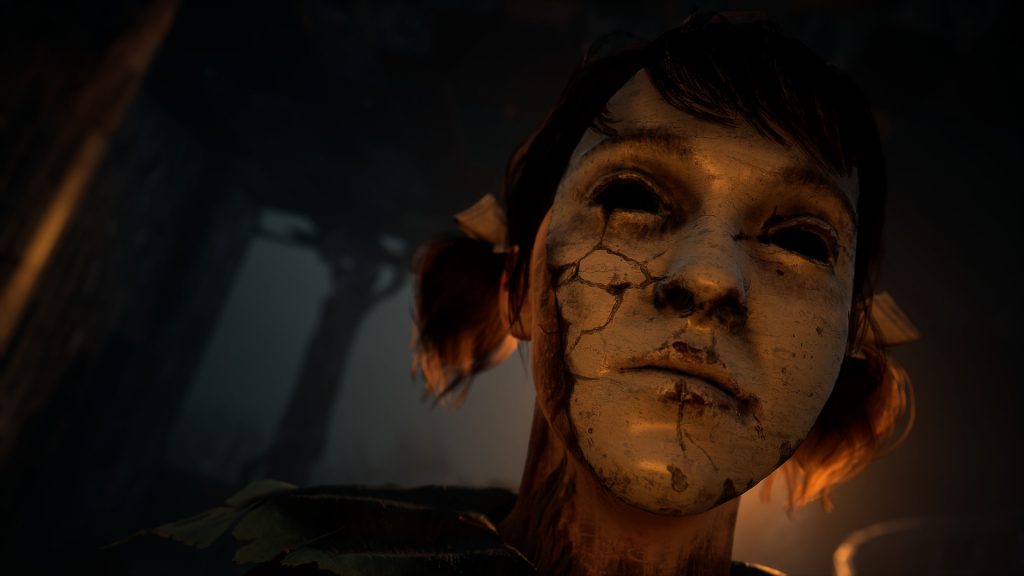 Will there be some unexpected twists and turns in the story? Is the dead child somehow connected to the unborn baby we see in the trailer? Is it… the medium’s child? As of right now, your guess is as good as ours and we can’t wait to find out as we get closer to the game’s Holiday 2020 release.

That said, we can glean a bit more info about The Medium right now by piecing together clues from its Steam page, official website, promotional screenshots, gameplay clips, and an entry on the Xbox blog from The Medium’s Lead Game Designer, Wojciech Piejko.

In the Xbox blog entry, the name of the game’s main character is confirmed to be Marianne. No relation to the French horror series Marianne here, although we highly recommend checking that one out if you love horror.

The Medium is being touted as Bloober Team’s “largest and most ambitious project to date” which makes sense given the sheer amount of work that’s clearly gone into the game. 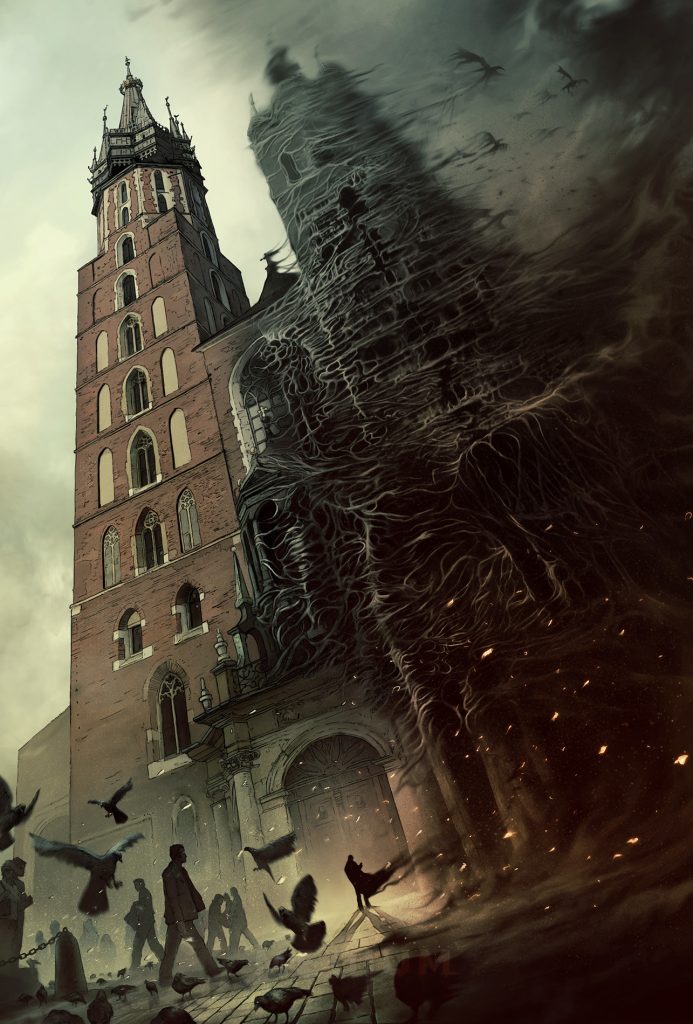 We did some digging into the game’s art design for this feature and stumbled across an image of the same church shown in The Medium’s trailer (Saint Mary’s Basilica) from Bloober’s Art Director, Mateusz Lenart. The image dates back four whole years ago.

From this, we can infer that The Medium has been in development for quite some time (at least four years), with the team continuing to grind away at it even as they released other games like last year’s Blair Witch.

From the gameplay show, there are some similarities to the investigative aspect of Blair Witch with the medium’s slow, careful walking through creepy areas while holding a flashlight in one hand and scenes featuring dark, overgrown forests. 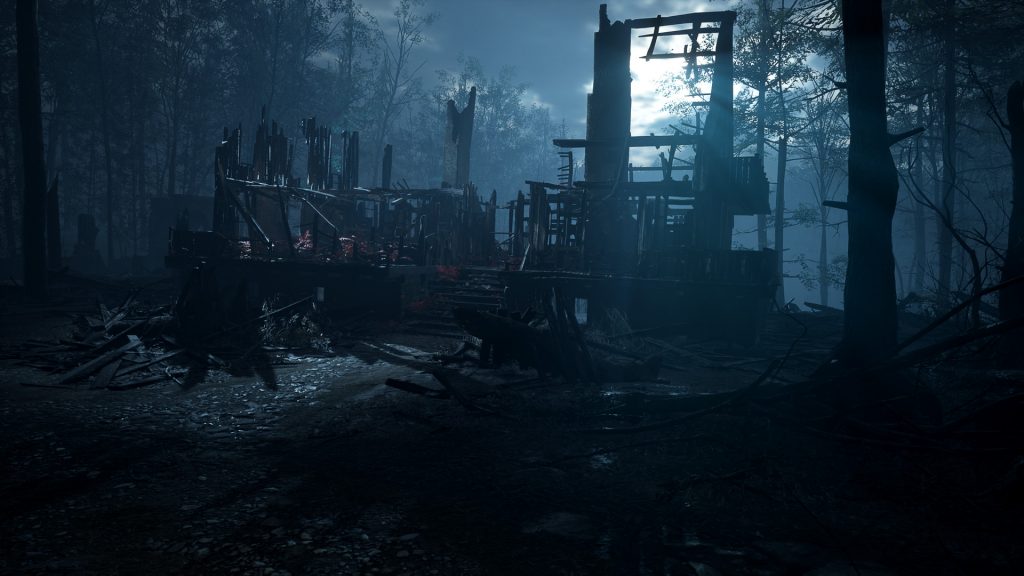 Visually, The Medium’s gameplay looks stunning so far and we can’t wait to see more. We also can’t wait to hear more of the game’s soundtrack given the fact that it features Akira Yamaoka who we absolutely love and Arkadiusz Reikowski who’s done some amazing work on other Bloober titles.

Fortunately, we won’t have to wait too much longer to dig into this exciting psychological horror game as The Medium is scheduled to release during the Holiday 2020 time period and will be available on Xbox One, Xbox One X, and PC (Steam).

While we wait patiently for the game’s release, we’re curious as to what you thought of the reveal trailer for The Medium and tidbits like its soundtrack featuring composer Akira Yamaoka? 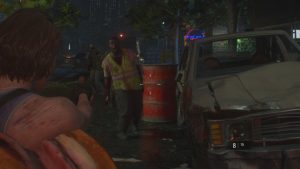 Where there’s a PC game, there’s a mod of that game, and Resident Evil 3 is definitely on-brand when it comes to the types of games modders are looking to tamper with. For those that may feel a little trepidation of scouring the internet for some of the best of the best, we here at Turtle Beach have no problem diving into the weird and “oh god, why” for the best Resident Evil 3 mods out there!