The games in Super Mario Party are serious business, so make sure your friendships are solid before diving in.

Mario Party has been around for a long time. First appearing on the Nintendo 64 back in 1998, and since then many friends have been lost to the intense competition. The next iteration of Nintendo’s iconic series will be hitting the Switch in the form of Super Mario Party, and in preparation, let’s take a look at the 11 mini-games that will definitely lose your some friendships! 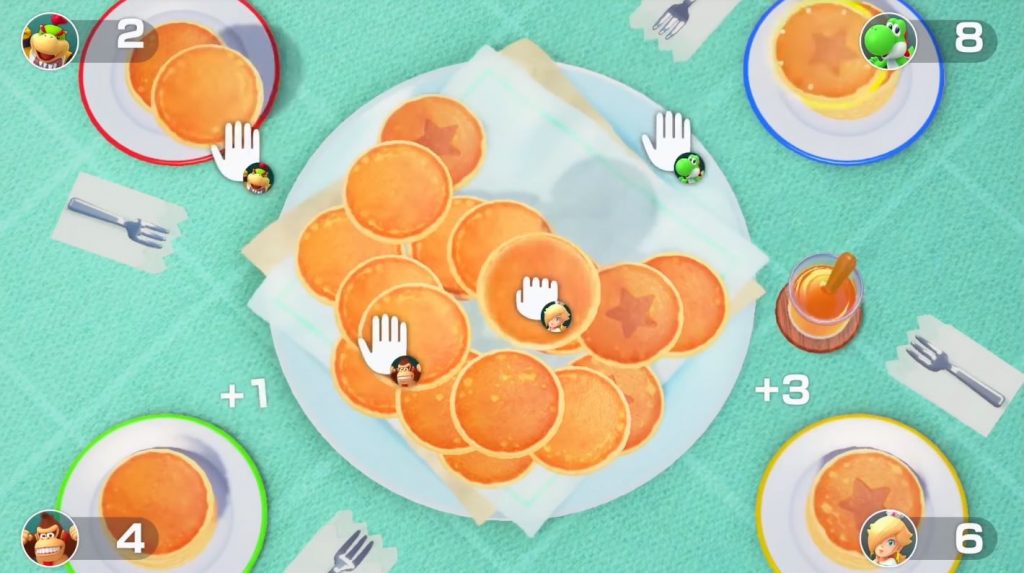 Everyone loves pancakes, everyone also loves having pancakes with friends, but fighting over pancakes never ends well. The trick to the pancake-grabbing mini-game in Super Mario Party is to grab from the top of the stack and work down, but with all your friends eyeing off the same pancake, you’ll need to act quickly.

Our Tip: Slap the controller out of your friend’s hands and grab as many as you can while they fumble. 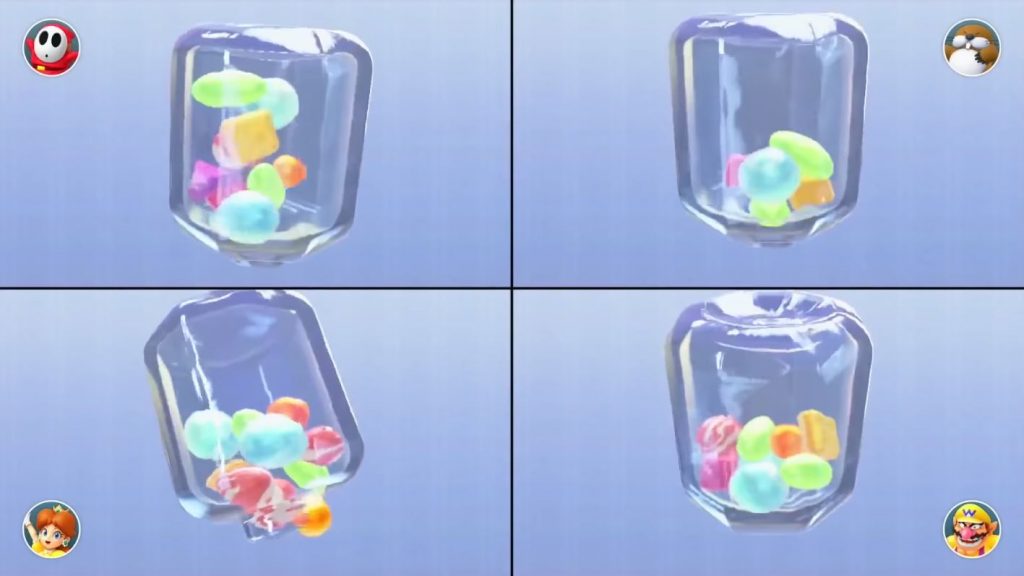 It’s a simple enough game, shake the bottle to free all the candy, but just watch as your friends eye you jealously as you angle the bottle perfectly and see all the candy fall out. Hopefully this annoys them so much that it throws them off their game.

Our Tip: Count each candy as it comes out like The Count from Sesame Street to annoy and unsettle your opponents(friends). 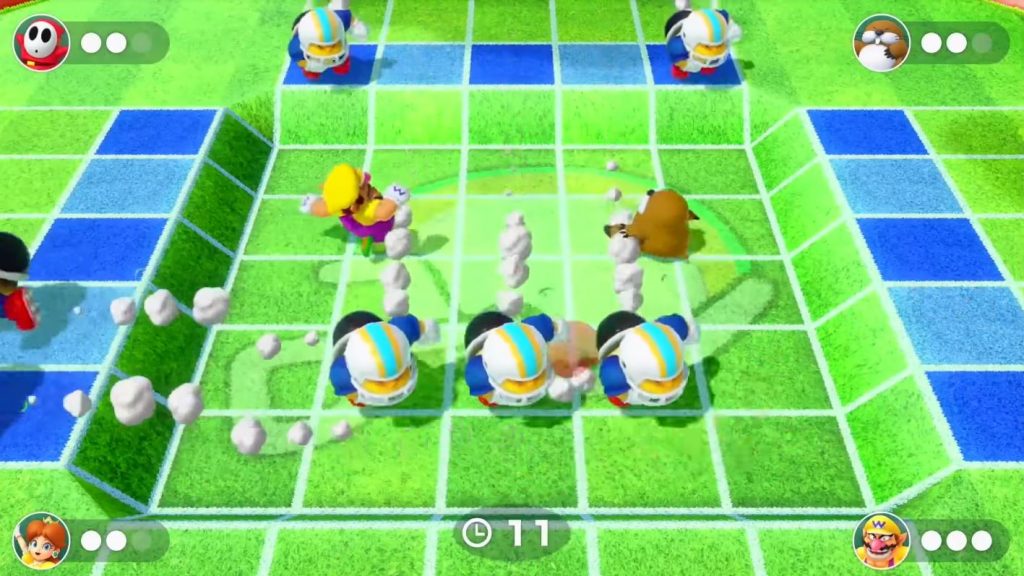 Not all of us were equipped with the body(or desire) required for sports in real life, so virtual football training gives us a moment to shine. In Super Mario Party, the football training mini-game requires players to dodge footballers as they sprint across a field. We’re not saying you should do this, but it would be extremely funny if you were to push your friend in front of the charging footballer.

Our Tip: Shout “HIKE” just as your opponent(friend) is attempting to dodge to spoil his control. 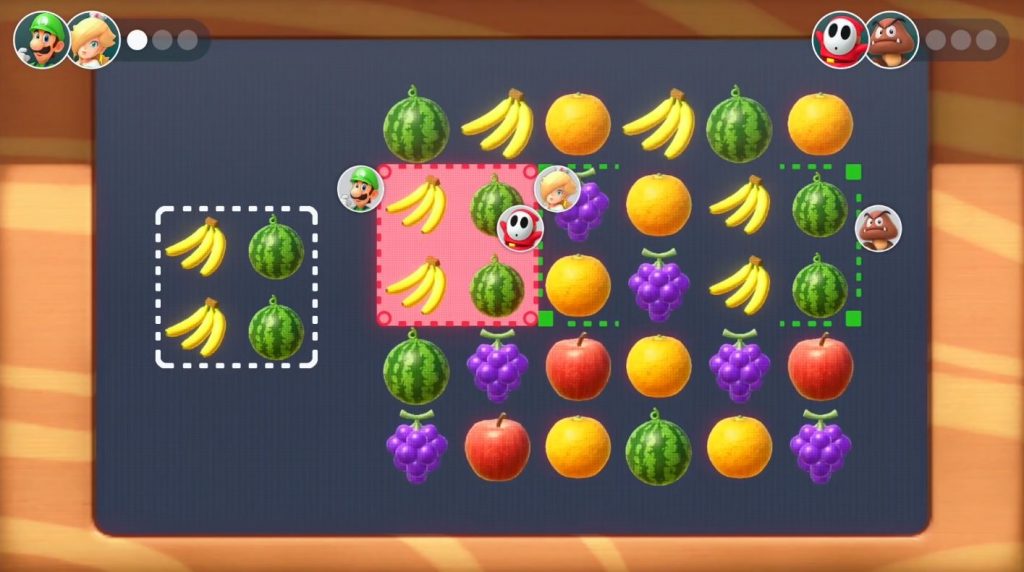 Mini-games that require teamwork can often be just as frustrating as mini-games that result in a last-man standing situation. Having to communicate and work together with another player can lead to all kinds of hilarious moments where the other person just isn’t able to listen to the words you’re saying or see the answer you’re seeing. While screaming and yelling never seems to help them, it does feel really good.

Our Tip: STARE deep into the eyes of your teammate to establish a psychic bond. Barring that, blame them when you lose. 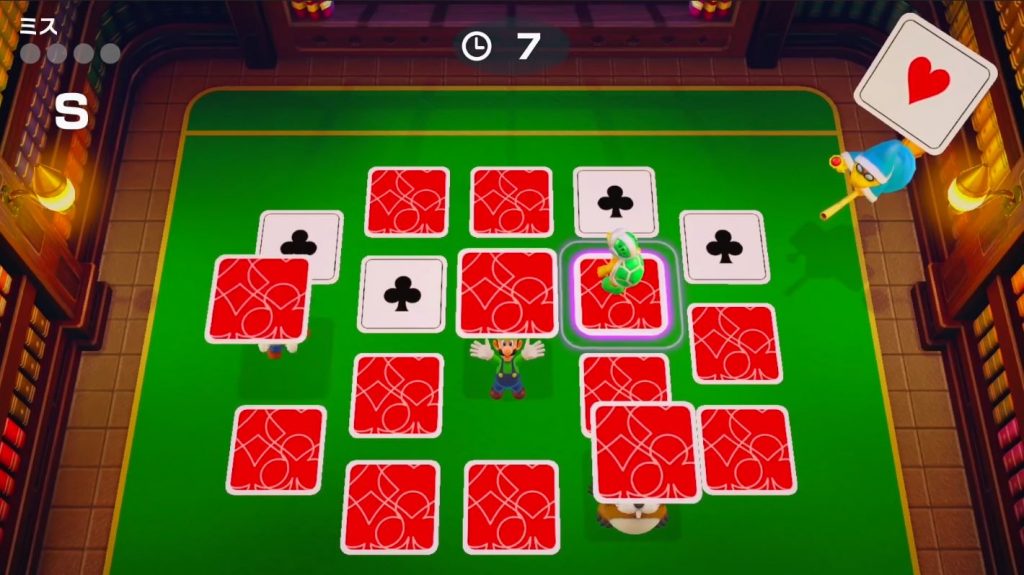 With only a few cards to choose from, playing memory with friends in Super Mario Party can quickly result in someone else stealing the card you had carefully memorized. Now you’re left scrambling, trying to think where the other cards were located, all while the timer is ticking down and your friend is laughing hysterically at your misfortune.

Our Tip: Shout out random and wrong items and hope your opponents(friends) get more confused than you do. 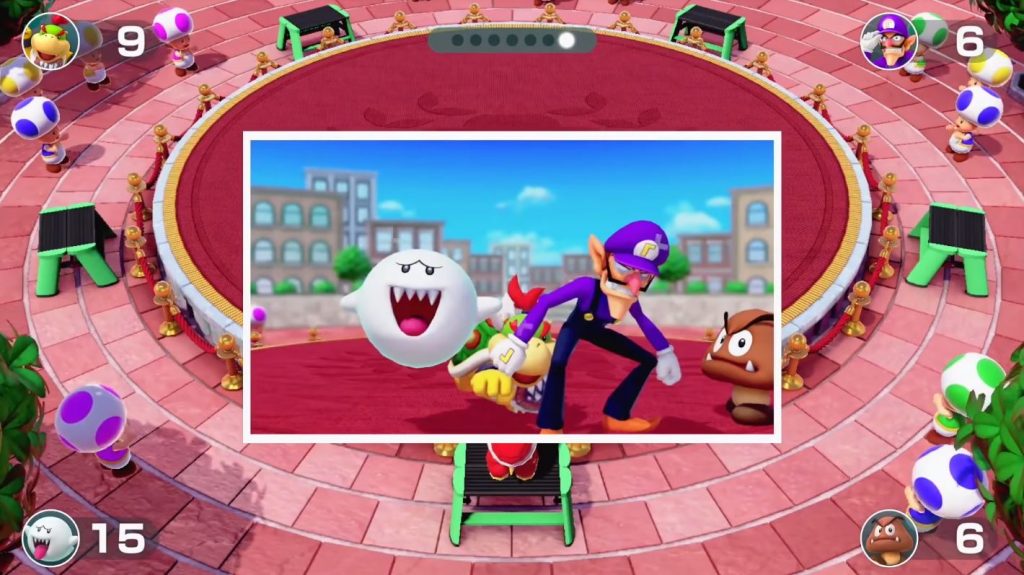 Any mini-game in Super Mario Party that has you pushing friends out of the way in order to score points is no doubt going to ruin some friendships. This paparazzi-like mode has players try and fight for the spotlight of the camera, with the player most in-frame receiving the most points. What this boils down to is pushing each other out of the way, trying desperately to be the center of attention. We won’t blame you if you grab your friends controller and throw it away.

Our Tip: Singing “I’m too Sexy” by Right Said Fred at the top of your lungs can work wonders. Especially if you mimic catwalk turns. 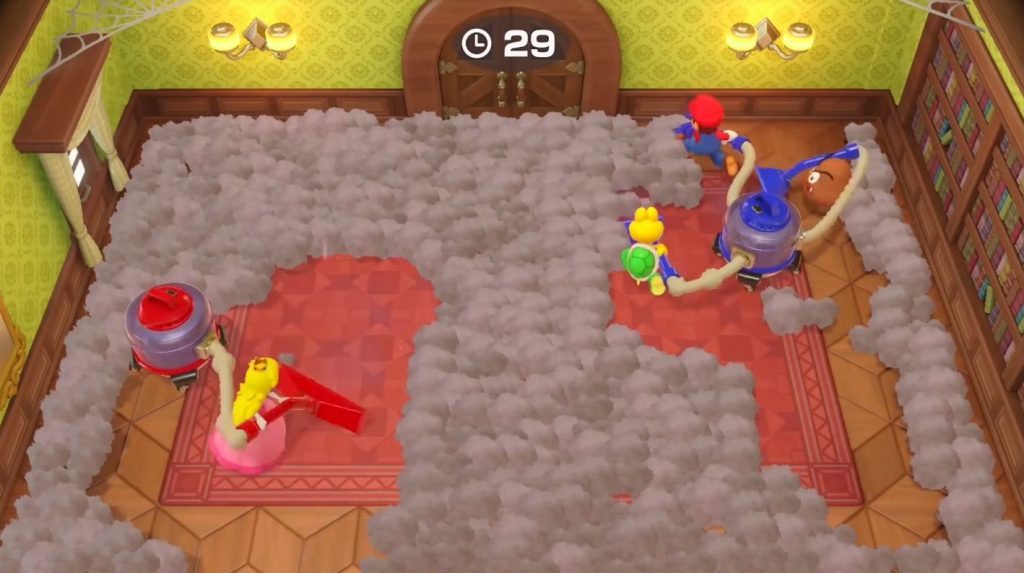 Some of the most divisive games Super Mario Party has to offer are those where one player is pitted against the other three players. This is the ultimate situation in which friends are lost, as either the solo player is god-like and the other players are left without a hope or the solo player has next to no advantages. In the case of the vacuuming mini-game, the three players are in a spot of bother, having to work together with limited reach to clear as much dust as possible. Trying to pull the vacuum in one direction can be tough, especially with two other players pulling it another way. All this difficulty is before we even consider that the three friends working together can quickly turn on one another!

Our Tip: Hope you get the big solo vacuum. Try to refrain from comments about who sucks the most. 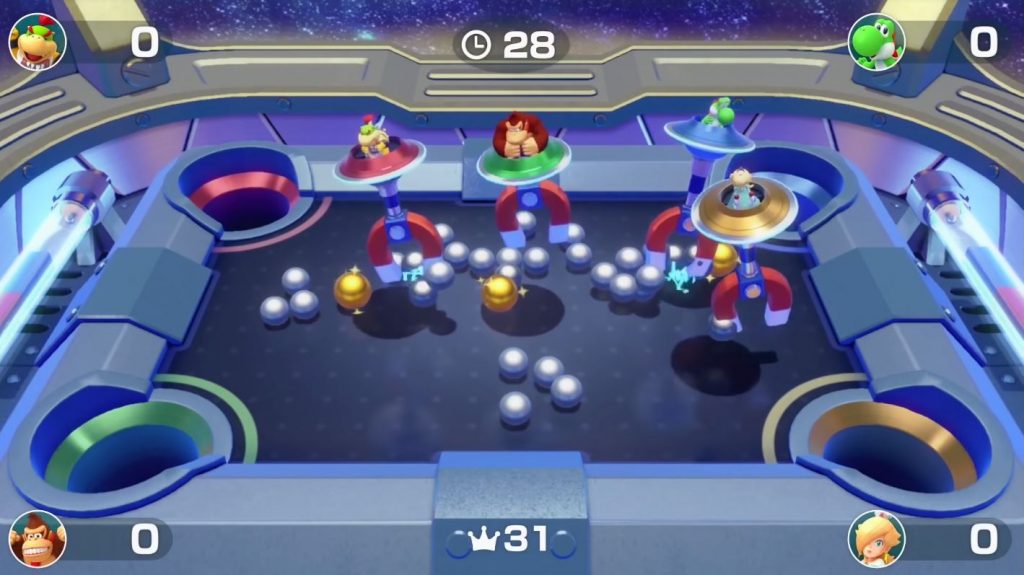 Like a futuristic Hungry Hungry Hippos, the magnet game in Super Mario Party has players racing to grab as many metal balls as possible. Stealing from your friends, missing the high value balls, and not being able to collect anything can lead to full-blown friendship meltdowns. If you want to avoid losing any friends to another Mario Party mini-game, we suggest letting them take the gold balls (while you scoop up all the silver balls, still winning the game but saving the friendship).

Our Tip: Gold balls are worth more points, but you may be able to nab more silver balls while your friends all fight over the one gold. 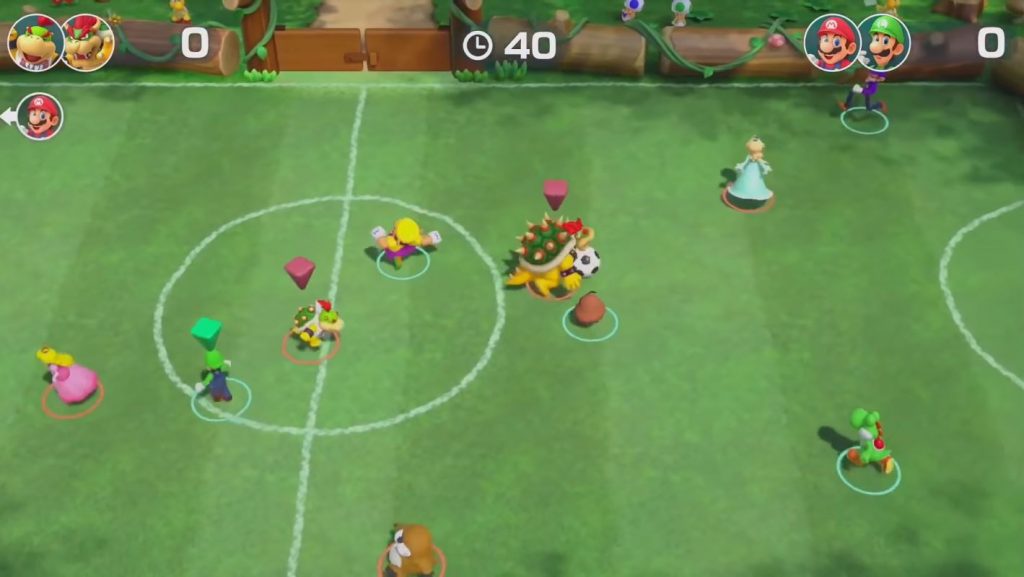 Nothing gets the blood pumping faster than a soccer match (or football match, for those friends across the pond) . Except for actually playing a match of soccer in a videogame perhaps. Super Mario Party splits the group in two, and asks two friends to work together to score a goal. Sure, there can sometimes be friendly matches of soccer, but let’s be serious, if you and your friend aren’t screaming as the ball wizzes between the two of you and into the goal, is it really a good match?

Our Tip: Accidentally “bump” into the other team players while you are maneuvering with your teammate. Woops, didn’t see you there mate. Oh did we score? 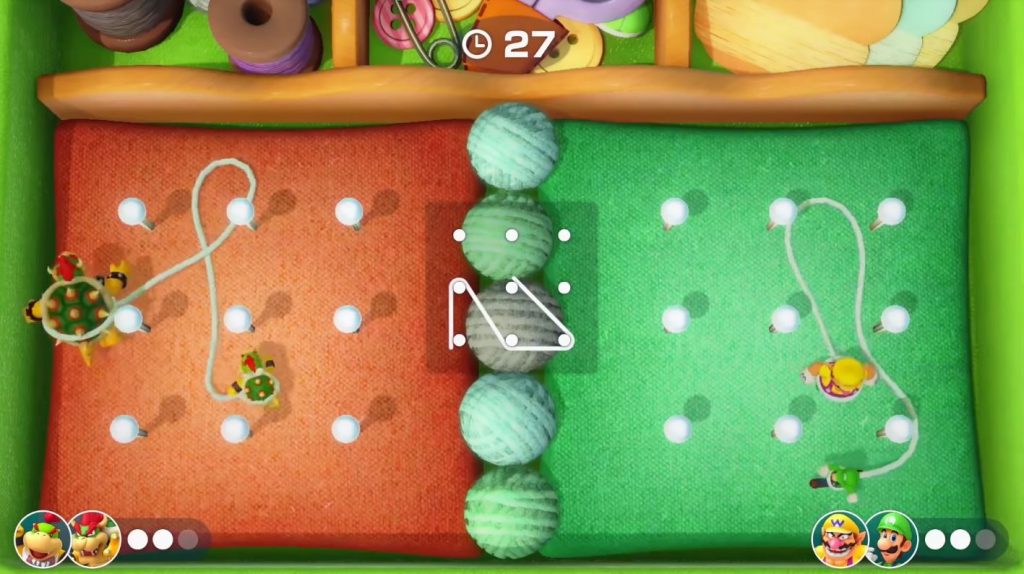 Again, teamwork and communication is key with this mini-game in Super Mario Party, which is where things can breakdown. Tethered together by a piece of string, players must work together to recreate the image in the center of the screen using the pegs around the board. Trying not to get tangled and figuring out who is going to go where can quickly descend into madness as both players try to do one, both, or none of the roles.

Our Tip: Take your teammates controller away from him with a firm command like “No” while shaking your head disapprovingly. 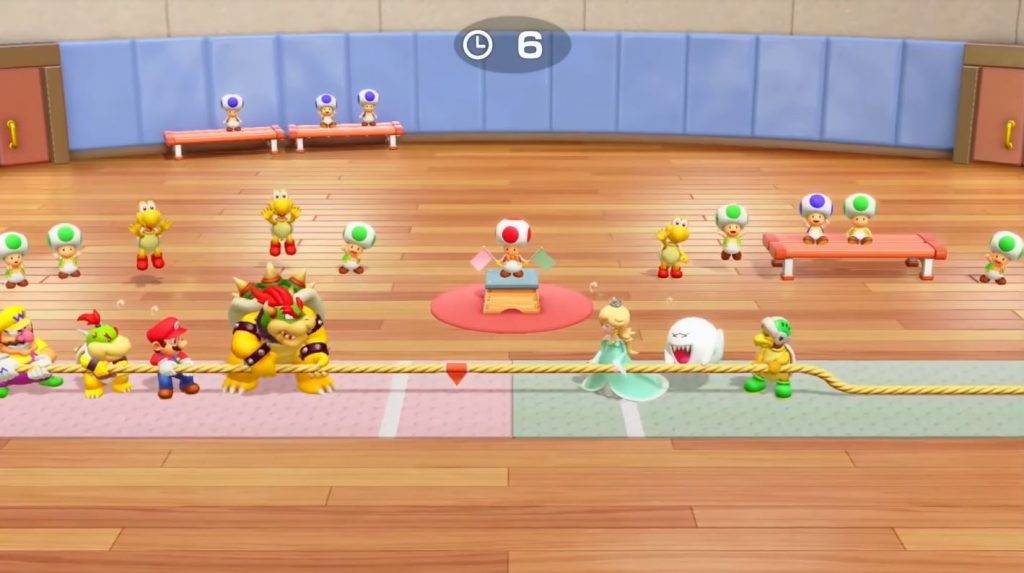 Nothing fractures the foundation of a good friendship more than a simple match of tug of war. “Were you mashing the button? I was mashing it. How were you doing it? No, that’s wrong. I can’t believe you mash buttons like that. No wonder we lost.” These have been real things we’ve said to our dearly beloved friends during a match of tug of war.

Super Mario Party is shaping up to be one of the best multiplayer experiences on the Nintendo Switch, even if it does mean getting a bit cranky with our friends. Every entry in this franchise makes us love the concept even more: playing board games without all the finicky pieces with a few mini-games thrown in for good measure.

Our Final Tip: Post match hugs and promises of revenge will help cement a lasting friendship(Rivalry) for the next round.